Iran's Rouhani tightens grip on power after second round of elections 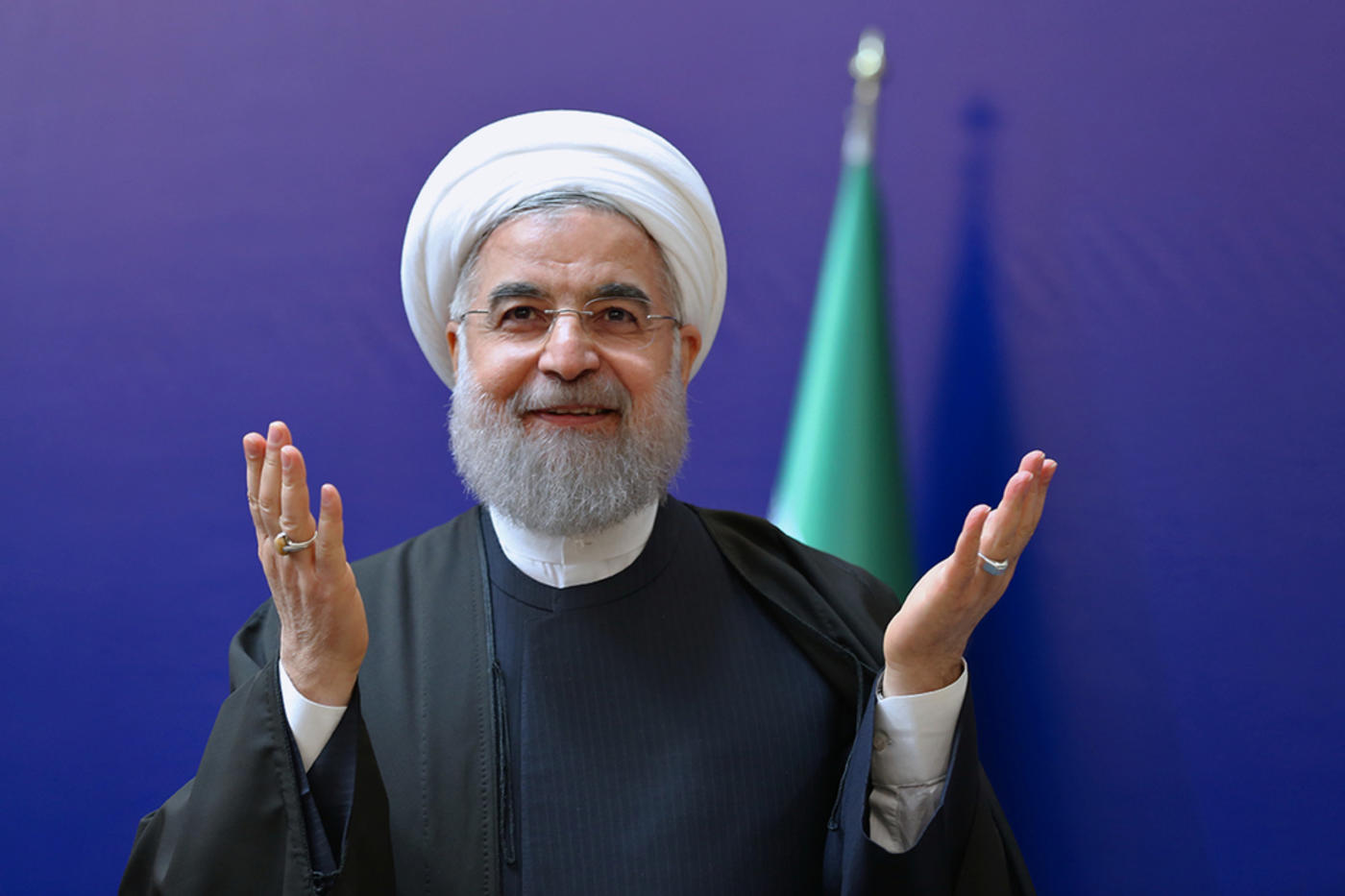 The conclusion of the second round of the Majlis (parliamentary) elections late last month significantly boosted the “Hope” (Omid) list allied to Iranian President Hassan Rouhani.

By securing an extra 38 seats, compared to the 18 new seats won by the conservatives/principlists’ camp, Rouhani allies have effectively broken the latter’s domination of the Majlis.

Moreover, the strong performance of ostensibly “independent” candidates, who secured 12 extra seats in the second round, reinforces the centrist/reformist support base in parliament and gives Rouhani allies a slim majority.

This is a better than expected result for Rouhani allies and clearly a major setback for conservative and principlist factions bitterly opposed to the president’s foreign and domestic policies.

A slim majority in parliament (provided the “independents” throw their weight behind the government) makes it easier for Rouhani to continue his outreach to the West and most important of all to oversee the successful implementation of the nuclear accord.

On the domestic front, the newly elected 10th Majlis allows Rouhani to innovate and implement a wide range of neoliberal socio-economic policies designed, at least in part, to complement his foreign policy.

But on closer enquiry Rouhani’s position is not as strong as his supporters would make out. And the precise composition of the 10th Majlis means that Rouhani is now even more dependent on reformist, technocratic and so-called “independent” support.

Authoritarian by instinct, and reportedly sensitive to criticism, Rouhani will have a hard time bending the new Majlis to his will. It is true that many hardline principlists and implacable opponents of the government have departed the arena (at least for now), hence affording the president greater leverage over the legislature.

However, the principalist retreat is balanced by the fact that most elected deputies, especially new entrants to the Majlis, identify more with established reformist and technocratic political currents than Rouhani’s newly contrived “centrist” brand.

Whilst the majority of putatively pro-Rouhani and independent deputies will likely support the government on key issues – in particular on much anticipated economic reform policies – nevertheless they cannot be considered a bedrock of support.

In terms of their strategic long-term outlook many of the newly elected deputies, in particular the young candidates with no previous experience in politics, will be aiming to cement their own personal positions in the wider context of their factional affiliation.

It is noteworthy that many of the newly elected deputies identify with the reformist current and its figurehead, former president Mohammad Khatami. Although the reformists have dramatically toned down their rhetoric and attendant political demands, nevertheless behind the scenes (and perhaps now more overtly in the 10th Majlis) they are preparing the ground for a comeback.

This development dovetails with the plans and aspirations of another former president, namely Hashemi Rafsanjani, whose supporters are understandably jubilant at his strong performance in the Assembly of Experts elections in late February.

Whilst Rafsanjani’s prospects of becoming chairman of the Assembly of Experts is low, nevertheless the controversial former president (whose son languishes in jail) will maximally exploit his new electoral platform to increase his and his allies influence over the Rouhani administration.

Hitherto Rouhani has demonstrated considerable political skill at assembling and harnessing support from reformists and pragmatists primarily to compensate for his lack of a strong and established political base.

In view of this inherently loose coalition of convenience, the president’s renowned micromanagement skills will have to be fully deployed to keep control over the disparate parliamentary forces who pass as his allies.

Parliamentary victory notwithstanding, Rouhani’s long-term political prospects have not necessarily improved. On the contrary, growing reliance on Rafsanjani allies and reformists in particular potentially weakens Rouhani.

The reformists are potentially troublesome as their ideological origin in the leftist camp of the Islamic Republic contrasts sharply with Rouhani’s consistently centre-right economic outlook.

Furthermore, the reformists (even in their contemporary watered-down version) are genuinely committed to political liberalisation, whereas Rouhani is by instinct and conviction more authoritarian than most conservatives and principlists.

A securocrat by training and experience, it is doubtful whether Rouhani has the temperament and requisite skills to maintain a loose coalition over a long period.

At a deeper level, the nature of the president’s support base militates against a strong alliance with the reformists. By the same token it renders him vulnerable to serious pressure from the establishment.

In view of his long career in the Islamic Republic’s national security bodies, Rouhani’s network is almost entirely embedded in the security and intelligence apparatus, in particular the Ministry of Intelligence.

By definition this closed and secretive network will close ranks behind the establishment in the event of a political crisis. The nature of their jobs and positions guarantees this reality.

This is one reason why Rouhani’s opponents are dramatically ratcheting up the pressure on the president with some reports suggesting that influential elements of the establishment are pressing Rouhani to not contest next year’s all-important presidential election.

This pressure is likely to intensify in the coming weeks and months as the new parliament goes into session and Rouhani attempts to capitalise on his qualified election victories.

But this mounting pressure should not be interpreted as a serious attempt to unseat Rouhani. More likely it is designed to modify the president’s behaviour with a view to sabotaging the uneasy centrist-reformist alliance.

Photo: Iranian President Hassan Rouhani shows gesturing during a speech in a ceremony marking the National day of Nuclear Technology in Tehran on 7 April, 2016 (AFP/IRANIAN PRESIDENCY). 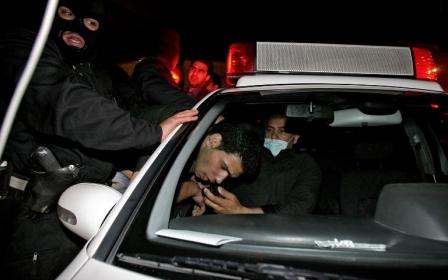 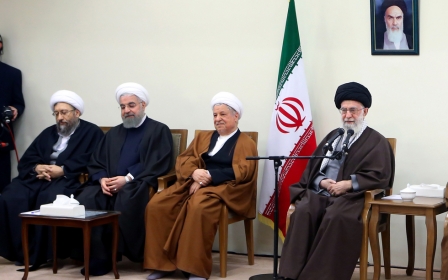 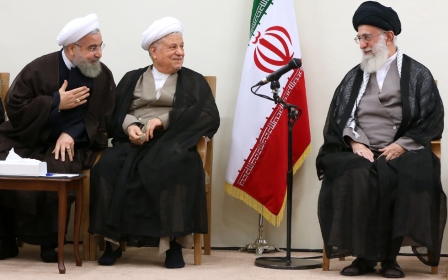