Islam and the West: The entire binary is false 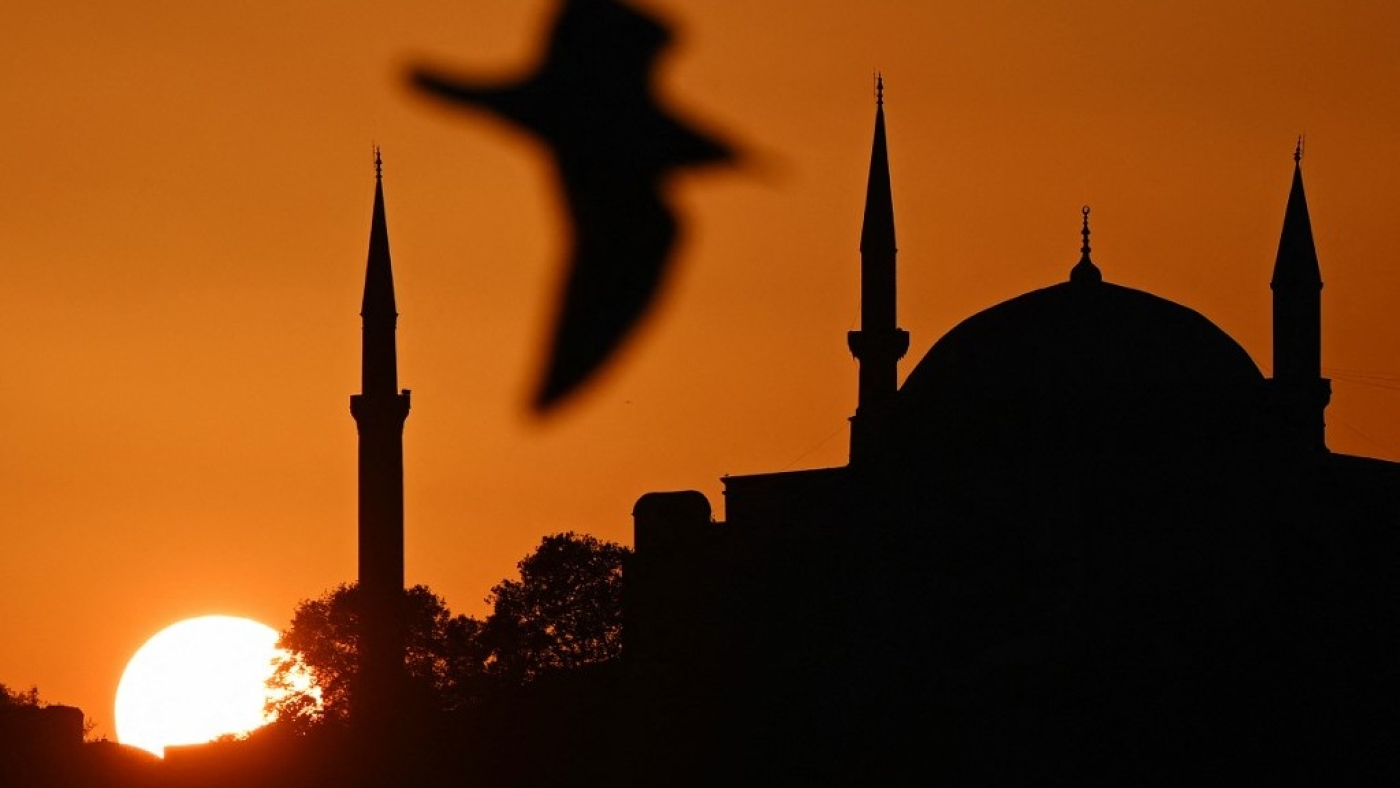 The Hagia Sophia Grand Mosque in Istanbul, Turkey, is pictured on 26 October 2022 (AFP)

Arguably the most damning binary division to have plagued our reading of world history, from the rise of Islam to this day, is the fictional bifurcation presumed between two compelling illusions codenamed “Islam” and “the West”.

Just like any other unexamined binary - Black and white, male and female, good and evil - the presumed existential distinction between Islam and the West needs critical attention. What exactly are these two fetishised categories, cast into an almost cosmic conflict against each other?

Just turn to any media you regularly visit or read, print or broadcast, old-fashioned or online: Islam and the West are there as two polar opposites. Islam is bad, the West is good; Muslims are “Indians”, westerners are “cowboys”; Islam is dark, the West is white; Islam is reactionary, the West is progressive. This binary has obviously created whiplash effects, as Muslims react instinctively, arguing that Islam is really good, and the West has misrepresented it, etc. But either way, “Islam” is here, “the West” is somewhere else, and the two are quintessentially apart.

The allegory of 'the West' is otherwise too aware of its Mediterranean, Asian and African roots and conditions

The late Zionist orientalist Bernard Lewis’s 1993 book, Islam and the West, sums up not just the tired cliche of this binary, but in fact his own entire academic and political career of wedging an insurmountable wall between Muslims and the vacuous abstraction he celebrated as “the West”.

Over the last few decades, scores of academic and popular publications have sought in an earnest ecumenical spirit to bring the two closer together, and to question this Manichaean division. Islam is not as bad, they would argue; the West is not as good; Islam has influenced the West, and the West has had a prolonged colonial and imperial presence among Muslims.

Some observers are doing their best to prove that “the West” has been wrong about “Islam” - and yet, as two distinct truths and two competing realities, they continue to be existentially and almost providentially cast against each other. Reactionary thinkers want to exacerbate this distinction, while progressives and liberals want to ease the tension. But still, as author Rudyard Kipling would say, “Oh, East is East, and West is West, and never the twain shall meet.”

In my latest book, The End of Two Illusions: Islam after the West (University of California Press, 2022), I have sought not to make amends between “Islam and the West”, but to dismantle altogether this illusory binary, a solid byproduct of European modernity - or what they call “Enlightenment”, and the rest of the world knows as the darkest chapters of predatory colonialism. 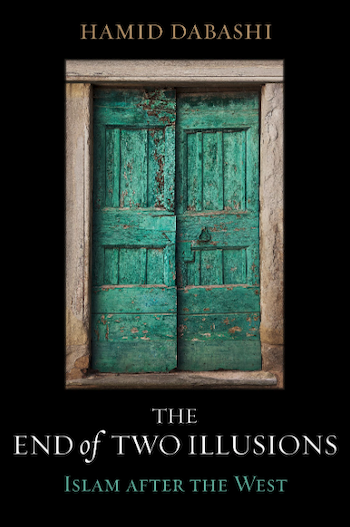 My contention here is not that Islam and the West are really friends, not enemies; that they have been kind, not hostile to each other; and thus that we should be drawn to a kindhearted white European, such as the newly minted King Charles III, who has been quite kind to Muslims. My contention is that this entire binary is false and flawed, a colonially manufactured dualism - such as white and Black, master and slave, male and female - that we must once and for all overcome and dismantle.

But what would we gain by dismantling and discarding this old colonial cliche? My contention is that it would bring us to the cusp of a whole new way of reading Islamic, and indeed world, histories. In making this argument, I am neither too beholden to our contemporary history, nor too drawn to ancient histories. Rather, a combination of both near and distant histories is geared towards a steady analytical purpose: to dismantle the binary.

Thus, my book ranges from today’s front-page news coverage back to the deepest and most revelatory histories of the last two centuries and earlier. The result is a provocative and certainly unsettling proposition that dismantles one of the most dangerous delusions manufactured between two vastly fetishised abstractions - “Islam” and “the West” - and thus disorients those habitually accustomed to this way of dividing the world to understand (and rule) it better.

Liberating the world from this false and falsifying binary, my contention is that the whole civilisational divide imagined between these two cosmic universes has paradoxically defined their entanglement, in ways that have scarcely anything to do with the lived experiences of either Muslims or the diverse and changing communities held together by the myth of “the West”. I thus propose that we read the fetishised concept of “the West” as an ideological commodity and civilisational mantra invented during the European Enlightenment, serving as an epicentre for the rise of globalised capitalist modernity.

In a similar vein, Orientalist ideologues have gone around the globe manufacturing equally illusory abstractions in the form of inferior or infantile civilisations in India, China, Africa, Latin America, and perforce the Islamic world - all to cross-authenticate and centre-stage “western civilisation”, precisely because in and of itself, this deeply troubled allegory would not and could not stand on its own.

Rooted in a Hegelian single-track and deeply racialised philosophy of history, the allegory of “the West” is otherwise too fully aware of its Mediterranean, Asian and African roots and conditions. Casting that potent plurality of histories out of its repressed memories all hangs on sticking to the illusion of “the West”. The Fate of Abraham: Why the West should rethink its relations with Islam
Read More »

The “Islam” that this “West” has crafted, coined and “studied” is the byproduct of this illusory disposition. The juxtaposition between that “Islam” and “the West” is equally illusory, having scarcely anything to do with the lived experiences of Muslims across ages and continents.

This argument might be of some interest to those critical thinkers who are already looking beyond the debilitating terror of such binaries, engaged in far more emancipatory frames of historical thinking. But by the same token, it might agitate and frustrate racist civilisational warmongers who have made a lucrative career of investing in such binaries.

“This book should have been written a long time ago,” wrote the eminent historian Ilan Pappe in a review. In his precise estimation, the book targets “the greatest fabricated binary of this century: ‘Islam and the West.’” The rest of his assessment best sums up the book: “This old Orientalist and destructive juxtaposition has survived until today and provided the moral justification for the brutal American assaults on Afghanistan and Iraq.

"This book offers a different genealogy for the emergence of this constructed binary, positioned one against the other in a poisonous, and artificial, relationship … offering an alternative de-racialized and humane perspective - visions of the past and future that will be essential for all who are embroiled and affected by this insidious and violent construct.”

Iran tensions
Power and pilgrims: How Iran uses Arbaeen to spread influence in Iraq
US Politics
Newly-elected US senator wants Turkey to convert Hagia Sophia back to a museum
Religion
Why the Muslim-American community shies away from talking about suicide 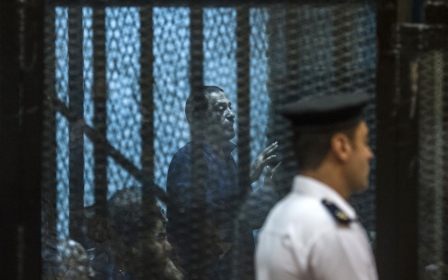 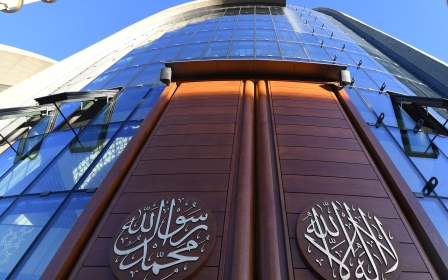