‘Islamic State’ as a western phenomenon: Reimagining the IS debate

Ramzy Baroud
No matter how one attempts to wrangle with the rise of IS, the movement - as explainable historical circumstance - just doesn't add up 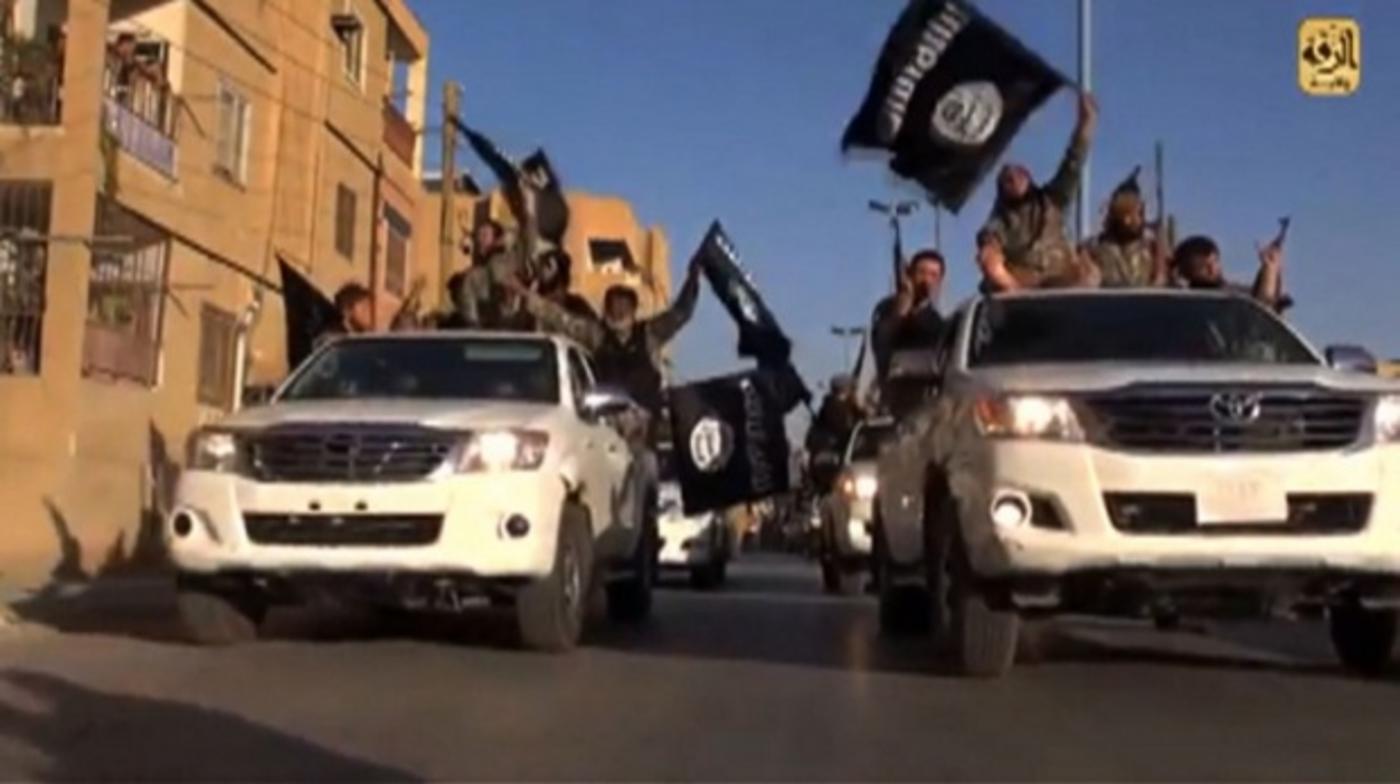 It is as if leaders of the so-called “Islamic State” (IS) are getting tips on demonising Muslims from world leading Islamophobes and as if they are trying to live up to the expectations of hate-mongering organisations like that of Pamela Geller’s American Freedom Defense Initiative, whose latest ads all over San Francisco compared Muslims to Nazis.

Yet, no matter how one attempts to wrangle with IS’s rise in Iraq and Syria, desperately seeking any political or other context that would validate the movement as an explainable historical development, things refuse to add up.

Not only is IS to a degree an alien movement in the larger body politic of the Middle East, it also seems to be a partly western phenomenon, a hideous offspring resulting from western neocolonial adventures in the region, coupled with alienation and demonisation of Muslim communities in western societies.

By “Western phenomenon,” I refrain from suggesting that IS is largely a creation of western intelligence as many conspiracy theories have persistently advocated. Of course, one is justified in raising questions regarding funds, armaments, black market oil trade, and the ease through which thousands of western and Arab fighters managed to reach Syria and Iraq in recent years. The crimes carried out by the Assad regime, his army and allies during the four-year long Syria civil war, and the unquenchable appetite to orchestrate a regime change in Damascus as a paramount priority for Western powers made nourishing the anti-Assad forces with wannabe "jihadists" justified, if not encouraged.

The latest announcement by Turkey’s foreign minister Meylut Cavusoglu of the arrest of a spy “working for the intelligence service of a country participating in the coalition against ISIS” - presumably Canada - allegedly for helping three young British girls join IS, was revealing. The accusation feeds into a growing discourse that locates IS within a western, not Middle Eastern discourse.

Still, it is not the conspiracy per se that I find intriguing, if not puzzling, but the ongoing, albeit indirect conversation between IS and the West, involving French, British and Australian so-called “Jihadists”, their sympathisers and supporters on one hand, and various western governments, intelligence services, right-wing media pundits, etc on the other.

Much of the discourse - once upon a time located within a narrative consumed by the “Arab Spring”, sectarian divisions and counter revolutions - has now been transferred into another sphere that seems of little relevance to the Middle East. Regardless of where one stands on how Mohammad Emwazi morphed into a “Jihadi John”, the conversation is oddly largely removed from its geopolitical context. In this instance, it is an essentially British issue concerning alienation, racism, economic and cultural marginalization, perhaps as much as the issue of the “born, raised and radicalised” attackers of Charlie Hebdo is principally a French question, pertaining to the same socioeconomic fault lines.

The other 'roots of IS'

The conventional analysis on the rise of IS no longer suffices. Tracing the movement to Oct 2006 when the Islamic State of Iraq (ISI) - uniting various groups including al-Qaeda - was established, simply suggests a starting point to the discussion, whose roots go back to the dismantling of the Iraqi state and army by the US military occupation authority. Just the idea that the Arab republic of Iraq was led from 11 May 2003 until 28 June 2004 by a Lewis Paul Bremer III, is enough to delineate the unredeemable rupture in the country’s identity. Bremer and US military chiefs’ manipulation of Iraq’s sectarian vulnerabilities, in addition to the massive security vacuum created by sending an entire army home, ushered in the rise of numerous groups, some homegrown resistance movements, and other alien bodies who sought in Iraq a refugee, or a rallying cry.

Also conveniently missing in the rise of “jihadism” context is the staggering brutality of Shia-dominated governments in Baghdad and militias throughout Iraq, with full backing by the US and Iran. If the US war (1990-1), blockade (1991-2003), invasion (2003) and subsequent occupation of Iraq were not enough to radicalise a whole generation, then brutality, marginalisation and constant targeting of Iraqi Sunnis in post-invasion Iraq have certainly done the job.

The conventional media narrative on IS focuses mostly on the politicking, division and unity that happened between various groups, but ignores the reasons behind the existence of these groups in the first place.

The Syria civil war was another opportunity at expansion sought successfully by ISI, whose capital until then was Baquba, Iraq. ISI was headed by Abu Bakr al-Baghdadi, a key player in the establishment of Jabhat al-Nusra (al-Nusra Front). The highly cited breakup between al-Baghdadi and al-Nusra leader Mohammed al-Golani is referenced as the final stage of IS’s brutal rise to power and ISI becoming ISIL or ISIS, before settling finally at the current designation of simply “Islamic State”, or IS.

Following the division, “some estimates suggest that about 65 percent of Jabhat al-Nusra elements quickly declared their allegiance to ISIS. Most of those were non-Syrian jihadists,” reported Lebanon’s al-Safir.

Militants’ politicking aside, such massively destructive and highly organised occurrences are not born in a vacuum and don’t operate independently from many existing platforms that help spawn, arm, fund and sustain them. For example, IS’s access to oil refineries says nothing about its access to wealth. To obtain funds from existing economic modes, IS needed to tap into a complex economic apparatus that would involve other countries, regional and international markets. In other words, IS exists because there are those who are invested in their existence, and the highly touted anti-IS coalition has evidently done little to confront this reality.

Particularly interesting is the rapidly changing focal point of the debate, from that pertaining to Syria and Iraq, to a western-centric discussion about western-styled jihadists that seem removed from the Middle East region and its political conflicts and priorities.

In a letter signed by over a hundred Muslim scholars that was published last September, the theologians and clergymen from around the Muslim word rightly disowned IS and its bloodthirsty ambitions as un-Islamic. Indeed, IS’s war tactics are the reverse of the rules of war in Islam, and have been a godsend to those who made successful careers by simply bashing Islam, and advocating foreign policies that are predicated on an irrational fear of Muslims. But particularly interesting was the Arabic version of the letter’s emphasis on IS’s lack of command over the Arabic language, efficiency in which is a requirement for making legal Islamic rulings and fatwas.

“Who gave you authority over the ummah [Muslim people]?” asked the letter. “A group of no more than several thousand has appointed itself the ruler of over a billion-and-a-half Muslims. This attitude is based upon a corrupt circular logic that says: ‘Only we are Muslims, and we decide who the caliph is, we have chosen one and so whoever does not accept our caliph is not a Muslim.’”

The letter confronts the intellectual arrogance of IS, which is based mostly on a misguided knowledge of Islam that is rarely spawned in the region itself. But that intellectual arrogance that has led to the murders of many innocent people, and other hideous crimes such as the legalisation of slavery - again, to the satisfaction of the numerous Islamophobes dotting western intellectual landscapes - is largely situated in a different cultural and political context outside of the Middle East.

In post-11 September attacks, a debate concerning Islam has been raging, partly because the attacks were blamed on Muslims, thus allowing politicians to create distractions, and reduce the discussion into one concerning religion and a purported “clash of civilizations”. Despite various assurances by Western leaders that the US-led wars in Muslim countries is not a war on Islam, Islam remains the crux of the intellectual discourse that has adjoined the military “crusade” declared by George W Bush, starting with the first bomb dropped on Afghanistan in 2001.

That discourse is too involved for a transitory mention, for it is an essential one to the IS story. It is one that has involved various schools of thought, including a breed of Muslim “liberals”, used conveniently to juxtapose them with an “extremist” bunch. Yet between the apologists and the so-called jihadists, a genuine, Muslim-led discussion about Islam by non-coopted Muslim scholars remains missing.

The intellectual vacuum is more dangerous than it may seem. There is no question that while the battle is raging on in the Middle East region, the discourse itself is increasingly being manipulated and is becoming a Western one. This is why IS is speaking English, for its language complete with authentic western accents, methods, messages and even the orange hostage jumpsuits, is centred in some other sociopolitical and cultural context.

It is strange, but telling, how a discussion that began with uprisings for freedom and equality in Arab countries has been reduced to those concerning Islamic revival - liberal western Muslims vs extremists, Jihadi Johns, and western “spies” recruiting western Muslim youth, escaping marginalisation in their own communities. Yet, instead of serving as a wake-up call and urgent need for introspection by the West, there is a stubborn insistence on using IS as a springboard for more interventionism in the Middle East, thus feeding the cycle of violence, without confronting its roots.

Photo: Islamic State roots go back to the dismantling of the Iraqi state and army by the US military occupation authority (AFP) 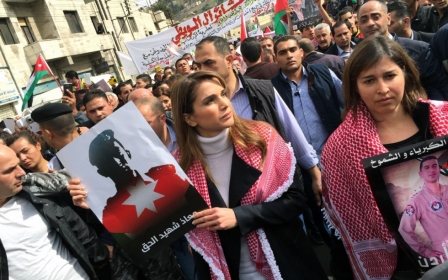 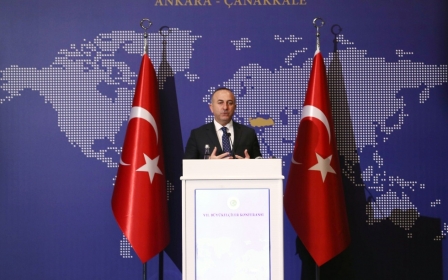 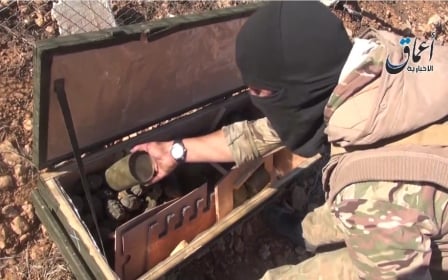