Shir Hever
, Nadia Nasser-Najjab
While some Palestinians were able to visit the beach this summer as security measures were relaxed, behind this lie the problems plaguing the Israeli prime minister 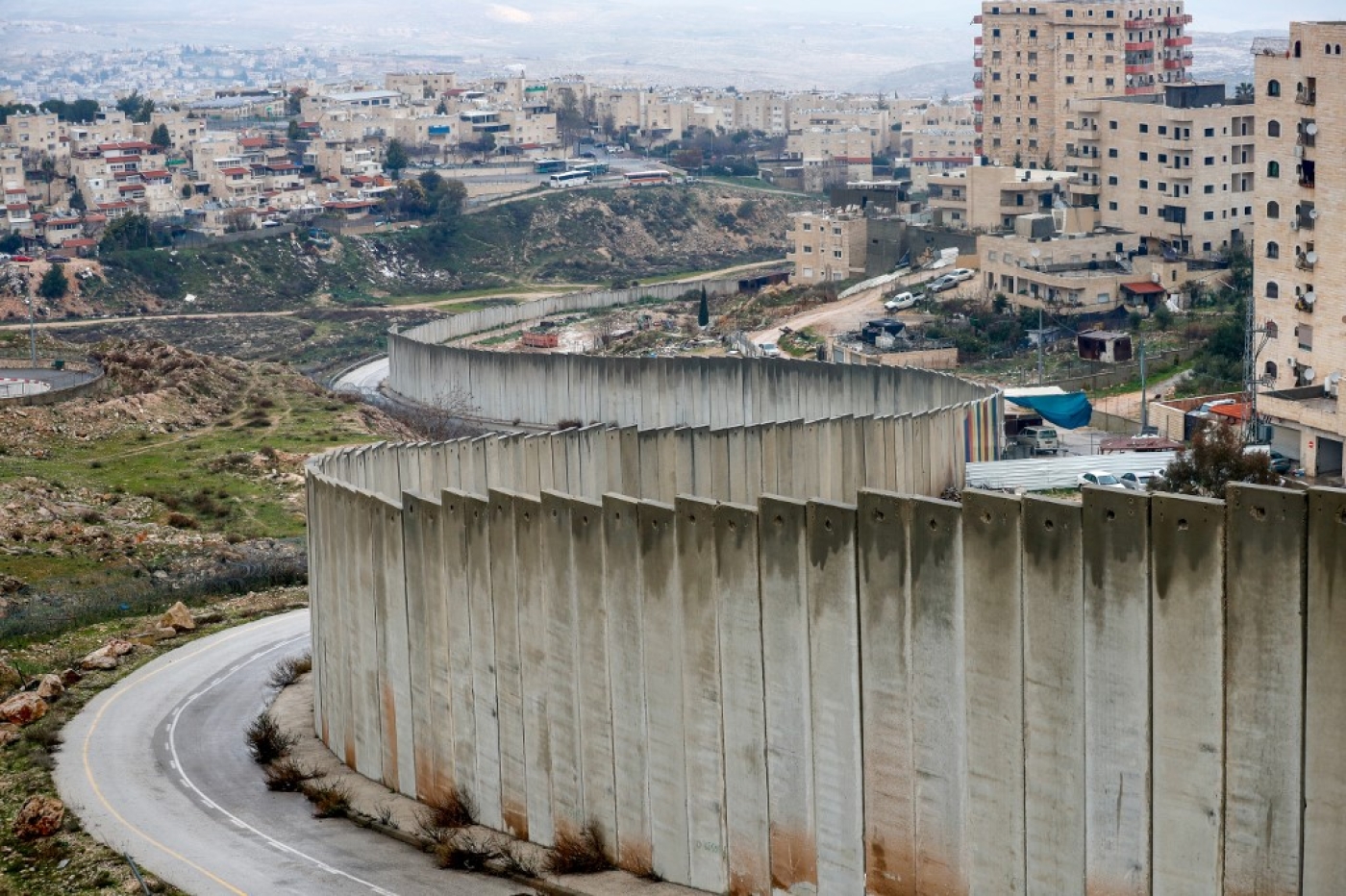 This summer, the unexpected sight of thousands of Palestinian families on the beaches of Tel Aviv and other Israeli cities was reported with surprise by Israeli media, because Israelis have become used to going about their routines without seeing their 2.5 million neighbours in the occupied West Bank, who live just on the other side of the separation wall.

At a beach in Tel Aviv, Palestinians shared a video of an Israeli lifeguard welcoming Palestinians from Nablus. Word spread quickly among Palestinians that soldiers were turning a blind eye to well-known gaps in the wall, and they rushed to take advantage of the opportunity, paying exorbitant prices for taxis to make the trip beyond the wall.

For many young Palestinians, this was their first time seeing the sea (which is less than 100 kilometres from much of the occupied West Bank), and some families used the opportunity to visit areas where their families lived before the 1948 Nakba.

Some journalists waited to report on these developments until the openings in the wall were closed again. Indeed, as soon as the reports about Palestinian families on the beaches made Israeli news headlines last week, the army quickly and aggressively sealed the openings again to avoid accusations of being soft on Palestinians.

In recent years, thousands of Palestinian workers have entered Israel through holes in the separation wall, seeking work and often moving under the direct gaze of Israeli soldiers. The demand for cheap Palestinian labour, and the understanding among Israeli policymakers that income from work inside Israel is an essential lifeline for the crumbling Palestinian economy, have kept the Israeli military from sealing these holes.

But in the era of coronavirus, it was especially surprising to see that the holes in the wall were being used not just for workers, but also for entire families.

The arbitrary policy of opening and closing passage through the wall creates a sense of uncertainty among Palestinians, strengthening the colonial power of Israeli authorities over the Palestinian population.

As the Palestinian Authority (PA) issued instructions to people to respect the Covid-19 lockdown and remain at home, it knew very well that its instructions would be ignored. And with security coordination with Israel suspended over Prime Minister Benjamin Netanyahu’s annexation plans, Palestinian security forces didn’t bother to block people from crossing into Israel either - a further humiliation and undermining of the PA’s authority and legitimacy.

Palestinians, however, know that a sudden and unexpected leniency with respect to crossings is not a sign of Israeli generosity. The coloniser “never gives anything away for nothing”, as philosopher Frantz Fanon once said.

For years, a small group of Israeli women have been smuggling Palestinians across checkpoints in their private cars, taking the lanes reserved for Israeli Jews. Most famous among them is Ilana Hammerman, who has frequently defied Israeli authorities to bring Palestinians through the checkpoint.

She has not been arrested, probably because that would expose the apartheid regulations that allow Jews to drive through the checkpoints only if they do not have Palestinians in their cars. But by allowing the gaps in the wall to remain open, Israeli authorities make the activism of Hammerman and others irrelevant.

An even better explanation for the government’s decision to loosen the closure is Netanyahu’s precarious political situation. Whenever protests against his government gain momentum, Netanyahu uses a security crisis to divert public attention from the economic and legal problems plaguing his administration. A decade ago, as demonstrators called for social justice, Netanyahu falsely implicated residents of the Gaza Strip in an attack that originated in Egypt, and ordered the bombing of the coastal territory. Similarly, in 2014-15, as foreign investments in Israel plummeted and the country faced a housing crisis, Netanyahu shifted attention to Iran, noting that before one can care for the quality of life, one must first care for “life itself”.

Now, demonstrators are protesting the economic pressures brought on by the Covid-19 lockdown, massive unemployment, and Netanyahu’s focus on fighting the corruption charges against him rather than dealing with the crisis - and nothing will serve him better than a small war or a Palestinian uprising to declare an early election and win as “Mr Security”.

It now seems clear that Benny Gantz, the Israeli “replacement prime minister” and Netanyahu’s rival, has the opposite interest. In his capacity as defence minister, he is ideally positioned to implement the lessons he learned as commander of the Israeli army, namely that restrictions on the free movement of Palestinians do not create security for Israelis, but quite the opposite - and that letting Palestinian families through the gaps in the wall decreases their short-term motivation to attack Israel.

Netanyahu hasn’t given up on the opportunity to stir some violence and ride a wave of fear to another term as prime minister, but his attempts to provoke Hezbollah in Lebanon into a confrontation have failed, with the Beirut explosion making it an especially bad time for Israeli forces to launch attacks as the rest of the world sends aid.

A few trips to the sea will not make Palestinians forget the pain of the occupation, nor alleviate the stress and fear of a life without rights

So, just like his predecessor Ehud Olmert, Netanyahu has switched his focus from Lebanon to the Gaza Strip. Earlier this month, a few balloons carrying incendiary materials were launched from Gaza into Israel, starting fires in Israeli fields. No injuries were reported; nevertheless, Netanyahu used them as a justification to launch air strikes, close checkpoints, stop petrol shipments to Gaza and even block Qatari aid to the besieged territory.

All of this, however, has thus far failed to provoke Hamas into launching a retaliatory attack. Hamas already has a clear understanding of Israeli politics and knows exactly what Netanyahu is trying to achieve.

A few trips to the sea will not make Palestinians forget the pain of the occupation, nor alleviate the stress and fear of a life without rights - but this brief affair is enough to prove that the wall was never about Israeli security, and that separating the diverse populations living under Israeli control is not sustainable.

Shir Hever is a board member of the Jewish Voice for a Just Peace in the Middle East.
Nadia Nasser-Najjab is a research fellow in Palestine Studies at the University of Exeter.