Majd Kayyal
State forces have targeted a left-wing social and political network, using detention and torture as tools to curb its growth 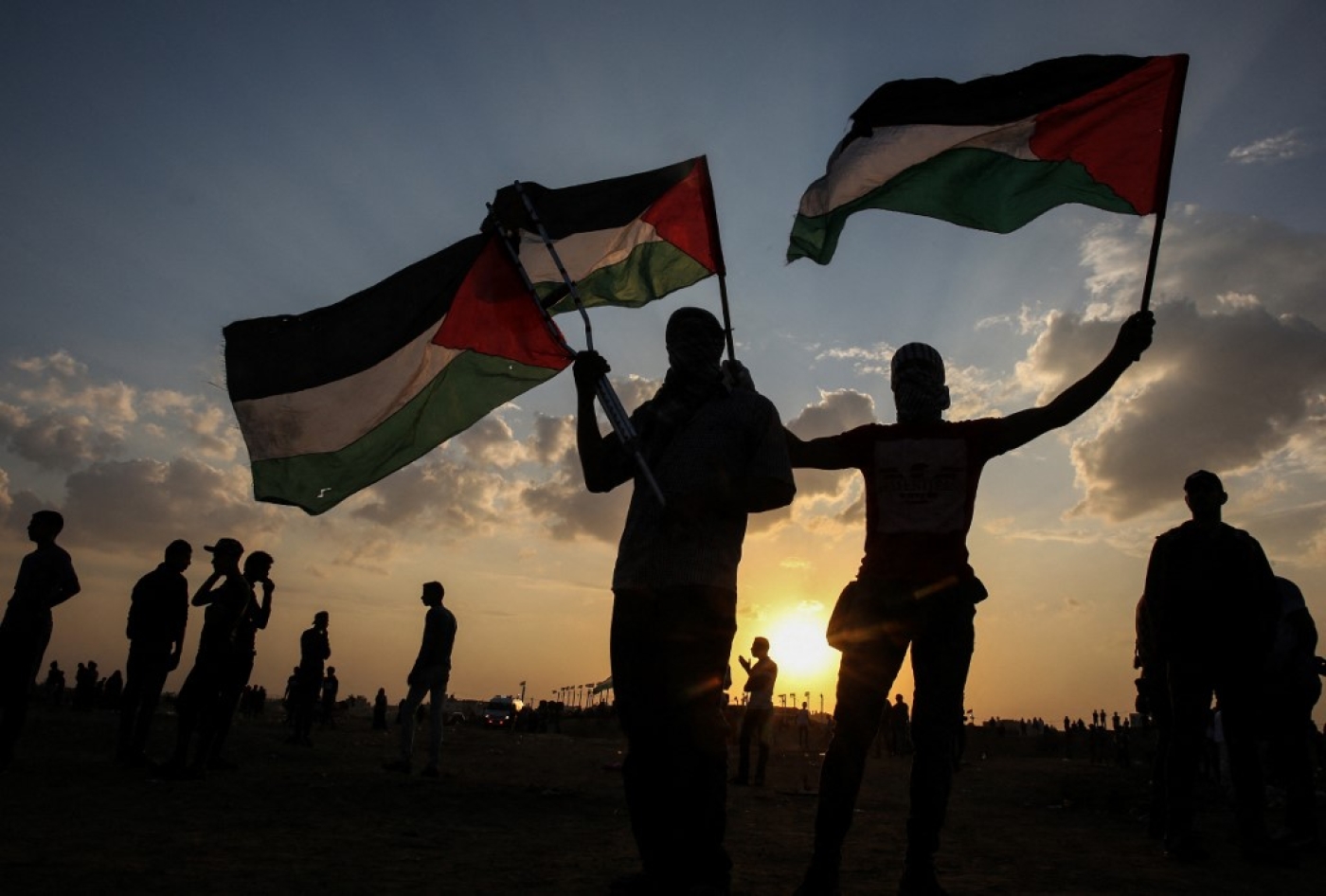 Since late 2019, Israeli forces have been waging a campaign of mass arrests, targeting hundreds of young women and men in Palestine. They have been brutally arrested, their homes stormed at dawn, their belongings searched and confiscated.

Detainees have been interrogated for weeks on end and prevented from meeting with lawyers, with their files and charges concealed. Families have been intimidated with pressure and threats, while detainees have undergone horrific physical and psychological torture, as documented by human rights groups. Many of these ordeals have ended in the release of the detainees, without charge or trial, after months of arbitrary imprisonment.

As for those who have gone to trial, most were charged with ridiculous offences. Birzeit University student Layan Kayed, 22, was accused of “terrorist activity” after making and selling falafel sandwiches as part of an activity for a student movement affiliated with the Popular Front for the Liberation of Palestine (PFLP).

Meanwhile, student Mays Abu Ghosh was arrested over her membership in the university’s student union and her journalistic activities. Others have been imprisoned over selling books or coffee as part of student activities.

This campaign of arrests carries an extreme sociopolitical risk. Israel is attempting to eliminate a left-wing social and political youth network under military pretexts. It is waging a war against a group whose social, cultural and academic work is tied to anti-Zionist values and struggles.

Among the most important political transformations that Palestinians have witnessed over the last decade is the total collapse of organised armed resistance, and the crumbling of popular political activity. Israel managed to ensure this throughout occupied Palestine as part of a deep, systemic response to the events of the Second Intifada.

The new reality began to appear after 2015, with the emergence of “individual attacks” carried out by people not linked to any political group. Israel viewed these attacks with concern due to the difficulties in anticipating and thwarting them - but also as a reassuring signal of its victory in crushing political organising and the struggle against occupation.

But even within this reality, recent years have exposed the cracks in Israel’s victory. One key event was Israel’s assassination of Palestinian activist Basil al-Araj in March 2017. It turned him into a national revolutionary symbol among wide youth segments, shedding light on two central social factors that are key to understanding the recent campaign of arrests.

Firstly, Araj’s story transcended the colonial geographic divisions among the Palestinian diaspora, the occupied West Bank and 1948 territories. Araj was present on social media and had solid relationships with Palestinian youth globally. His transformation into a Palestinian symbol showed Israel the possibility of a revolutionary discourse extending across the geographic and social divisions it has created to fragment Palestinians.

Secondly, Araj’s assassination showed the importance of transcending these divisions. Israel has, in effect, tried to cleanse various aspects of Palestinian social life from an awareness that resists occupation. Araj’s martyrdom resurrected Palestinian attempts to build cultural and social activities intrinsically linked to anti-Zionism, from broadcasting, to education, to research projects and feminist movements.

Then, in August 2019, an explosive device detonated at a water spring in the Ramallah district - a spring over which settlers have repeatedly attempted to take control. Israeli forces alleged that a cell affiliated with the PFLP carried out the operation.

The investigation culminated in December 2019 when Israeli authorities rounded up those it alleged were involved - but this was only the beginning. Israel’s intelligence services used the attack as a pretext to launch a fierce campaign of repression, aiming to subjugate, intimidate and “purify” left-wing youth circles, destroying social networks and thwarting any new organisational structures. Raids and arrests were carried out across the occupied territories.

Elements of today’s mass arrest campaign point to the importance that Israel gives the issue of Palestinian geographical divisions. This is evident from the charges of “visiting an enemy state” and “communicating with a foreign agent” levied against some of the detainees. Such obscure provisions could refer to anyone outside of Palestine. 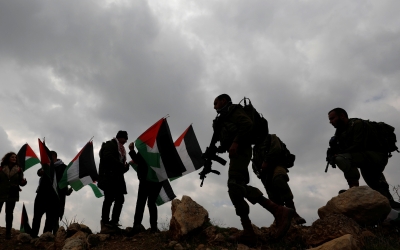 Consequently, any relationship of any nature with any person - in particular those from countries that Israel has designated as Arab “enemies” - can be viewed as a criminal offence. Through such laws, Israel wants to maintain ultimate power in controlling relationships between Palestinians and others.

The strategy of tying together the political and social spheres has been implemented through Israel’s widespread use of an “anti-terrorism” law enacted in 2016, through which it can interpret any humanitarian, social or cultural activity as “support for terrorism”.

The Adalah legal centre said the law “defines political activities that are often undertaken by Palestinian citizens of Israel - even humanitarian and cultural activities - as terrorist acts, simply because they oppose the occupation and support its victims”. This is evident in the charges levied against many detainees.

This arrest campaign is targeting a wide social segment with the aim of terrorising and suppressing it. What confirms this is the willingness of Israeli forces to interrogate and torture detainees.

What is new is not the torture itself, but rather the insistence of intelligence services that the torture be widely reported on. Among the infamous cases are Samer al-Arbeed, who had his bones broken and fell into a coma; 23-year-old university student Mays Abu Ghosh, who was subjected to severe slapping and stress positions for long periods; and Walid Hanatshe, whose photos after his torture were circulated widely.

Israeli intelligence forces are also resuming rudimentary psychological tactics, such as sending threats to other young men via detainees who are released in an effort to spread fear and stoke internal conflicts.

This arrest campaign seeks to burn down a fertile social fabric that refuses to submit to the colonial reality - one that cannot reconcile the continuous rupture of Palestinian society since the Nakba, and one that believes Palestinian unity is the only cure.

This article first appeared in Assafirarabi website and this is a translated and condensed version of it. 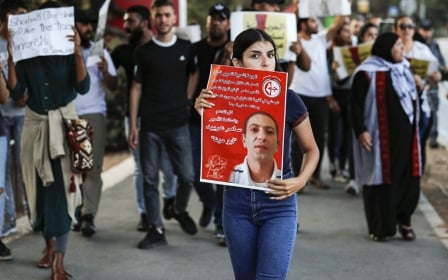 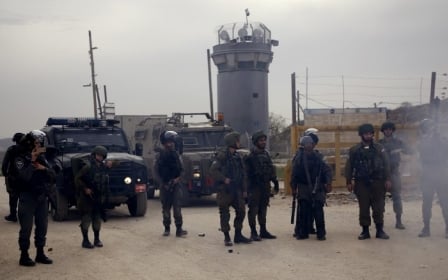 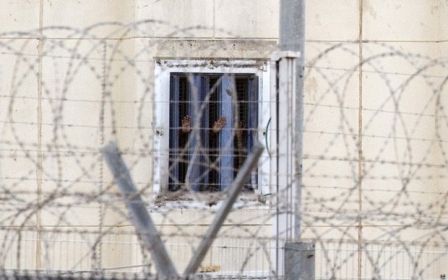