Israel's siege of Gaza: When does it become a genocide?

Nada Elia
No matter how much Zionists attempt to manipulate our stories, we must not let them blame Hamas for Israel’s 'genocidal intent' 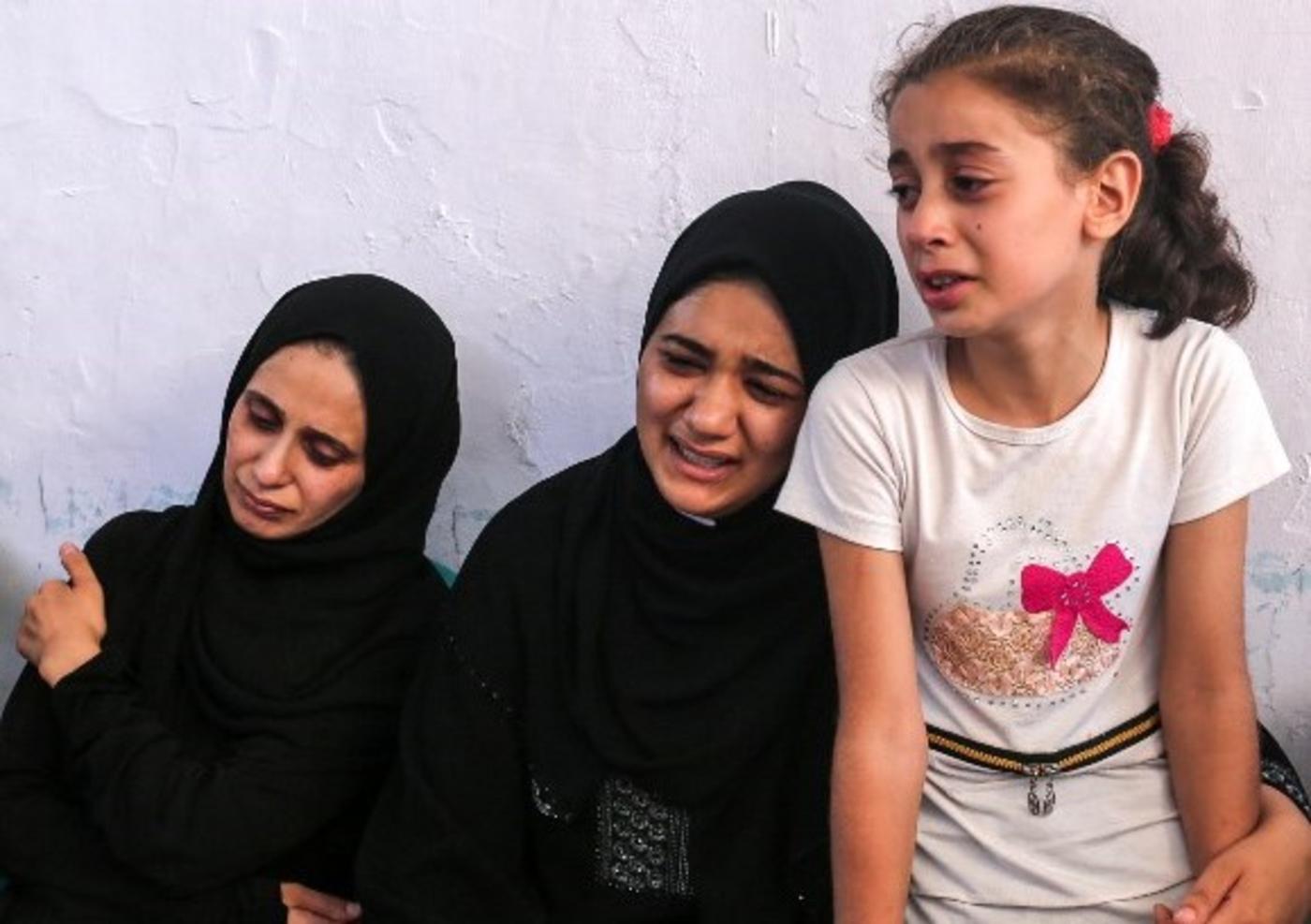 It is hard to keep track of the daily losses in Gaza.

In the past six weeks alone, as a result of Israeli shelling, air attacks, and extrajudicial killing of peaceful protesters marching for their human rights, a Palestinian doctor has had to helplessly watch his son die, at least nine young men were killed and hundreds injured during the weekly Friday Great Return March protests, a pregnant woman and her 18-month-old toddler were killed in air attacks and artillery shelling, and the Said al-Mishal Center for Culture and Science was bombed to rubble.

Meanwhile, two million Palestinians remain besieged in the densely populated Gaza Strip, in an illegal act of collective punishment for democratically exercising their right to elect their political leaders.

Adding insult to injury is the way most of the media report on Israel’s crimes. This is the case not just with the right-wing and mainstream media, but also, frequently, in analysis by "concerned journalists". Indeed, accustomed as I am to the offensiveness of the mainstream media coverage of Palestine’s suffering, I still have to stop and do a double take every now and then.

An article in Haaretz last year was one such moment, with its headline: “No Water, No Electricity, and Children Dying Unnecessarily.” When is it ever necessary for children to die, I wondered? And I could not help but be horrified at just how expendable a people must be, before editors can come up with a cavalier headline about the necessity, or lack thereof, of its children dying.

The article itself, an interview by Israeli journalist Ayelet Shani with Salah Haj Yahya, a Palestinian doctor who leads a Physicians for Human Rights monthly delegation from Israel into the Gaza Strip, was problematic in other ways, as the journalist persisted in asking about Hamas, suggesting that the political party was to blame for Gaza’s misery, rather than actually naming Israel and its sub-contractor, Egypt, as the powers responsible for enforcing a siege that penalises the predominantly refugee population for its political choice.

I discuss the article at length because it is representative of many reports about Gaza, which express some degree of horror at specific wrongs - more recently, for example, the killing of a medic, as well as a pregnant mother - yet fail to sufficiently expose the greater context in which these wrongs are committed.

The erasures, in what otherwise is presented as "concerned" journalism - oh dear, children are dying "unnecessarily" - are worth re-inscribing, because they are telling of how most journalists routinely cover the situation in Gaza. Specifically, Shani so totally normalises Israel’s illegal siege that it is not presented as the primary cause of the critical situation in the Gaza Strip. She chooses to focus instead on the crumbling infrastructure, the lack of equipment, while always, always, pointing an accusing finger at Hamas.

Haj Yahya redirects her attention to Israel's responsibility, but she is undeterred, as she persists in criticising the violence inflicted by Hamas on the population of Gaza. For example, in response to Haj Yahya saying he does not coordinate with Hamas, Shani asks: "You have no contact with Hamas, not even an informal one? Don't you need their permission? Don’t they supervise your work?"

Haj Yahya: “There’s no contact. We coordinate our entry with the Israeli side, we don’t work with Hamas or its representatives. We only work with hospital directors and the Palestinian health ministry, with the health minister in Ramallah and his deputy in Gaza. They are the ones who approach us.”

Can we re-inscribe that it is indeed Israel that controls the borders, or should I say, more correctly, that maintains the deathly siege? Yet the focus on Hamas suggests that Hamas has the greater say, or worse yet, that it may deny a Palestinian medical delegation permission to treat patients in Gaza.

Perhaps most damning is this part, where Haj Yahya brings up an egregious matter he and others have documented before, namely that patients in need of life-saving treatment are blackmailed into collaborating with Israeli intelligence in order to obtain a permit to enter Israel, for treatment that is not available in the Strip:

"There is also the issue of blackmail," Haj Yahya says.

Haj Yahya: "Their travel permit is granted only on condition that they collaborate – information in exchange for an entry permit."

No matter how much Zionists attempt to manipulate our stories, we must not let them blame Hamas for Israel’s "genocidal intent". The perpetrator is Israel

Shani: "You’re saying that the Shin Bet blackmails these patients? Can you prove that?"

Haj Yahya: “We have filmed documentation of patients being threatened or blackmailed in exchange for a permit. We’ve written a report on this. The questioning often deteriorates into unpleasant and humiliating situations. Violence is sometimes resorted to.”

Indeed, Haj Yahya is not the only one who exposed this blackmail. Yet Shani continues, blaming Hamas for urging Palestinians not to collaborate with Israeli intelligence, even as Haj Yahya persists in explaining that it is not Hamas that is denying his patients exit permits. The Palestinian narrative is as besieged as the people in Gaza.

But I want to go back to the title of the article, to children dying “unnecessarily.”  As early as 2010, Nadia Hijab asked: “When does it become genocide?” She explains: "Israel would not directly kill tens of thousands of Palestinians, but it would create the conditions for tens of thousands to die. Any epidemic could finish the job.”

Four years later, in an article published in the aftermath of Israel's 2014 assault on Gaza, Richard Falk asked "is Israel guilty of genocide?" A professor emeritus of international law and practice, Falk is exceedingly cautious with terminology about what is considered the "crime of crimes", and writes, cautiously, about a "genocidal context".

"The testimony made this issue complex and sensitive. It produced a consensus on the jury that the evidence was sufficient to make it appropriate to give careful consideration as to whether the crime of genocide had actually been committed by Israel. This was itself an acknowledgement that there was a genocidal atmosphere in Israel, in which high-level officials made statements supporting the destruction or elimination of the Gazans as a people.

"Such inflammatory assertions were at no time repudiated by the leadership of Prime Minister Benjamin Netanyahu or subject to criminal investigation, let alone any other official proceedings. Furthermore, the sustained bombardment of Gaza, under circumstances where the population had no opportunity to leave or to seek sanctuary within the Gaza Strip, lent further credibility to the charge.

"The fact that Operation Protective Edge was the third large-scale, sustained military assault on this unlawfully blockaded, impoverished and endangered population also formed part of the larger genocidal context.”

Expatriate Israeli professor Ilan Pappe had also written of “incremental genocide” as early as 2006, and again in 2014. The circumstances that constituted an “incremental genocide” in 2006, and “genocidal context” in 2014, are only getting harsher, and it is now basically common knowledge that if the siege is not lifted, Gaza will no longer be livable by the year 2020.

Yet the normalisation of the deaths of Palestinians is such that the rest of the world barely registers this horrific prediction.

We need to do better. The stakes are extremely high. So, let us always, always, denounce the genocidal context of the siege on Gaza, and demand its lifting. And let us name the “unnecessary” deaths of children for what they constitute, namely, protracted genocide.

The siege is not normal, and should not be normalised. And no matter how much Zionists attempt to manipulate our stories, we must not let them blame Hamas for Israel’s "genocidal intent". The perpetrator is Israel.

Photo: Relatives of killed 21-year-old Palestinian volunteer medic Abdullah al-Qatati mourn during his funeral in Rafah in the southern Gaza Strip on 11 August 2018, after he was shot the day before during protests along the Israel-Gaza border (AFP) 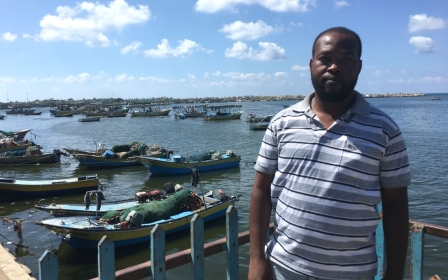