It is Russia, not IS or al-Qaeda, that poses primary threat to US

Shahir Shahidsaless
In Syria's war of all against all, Washington appears torn between fighting militant Islam and concern over hegemonic challenge posed by Moscow 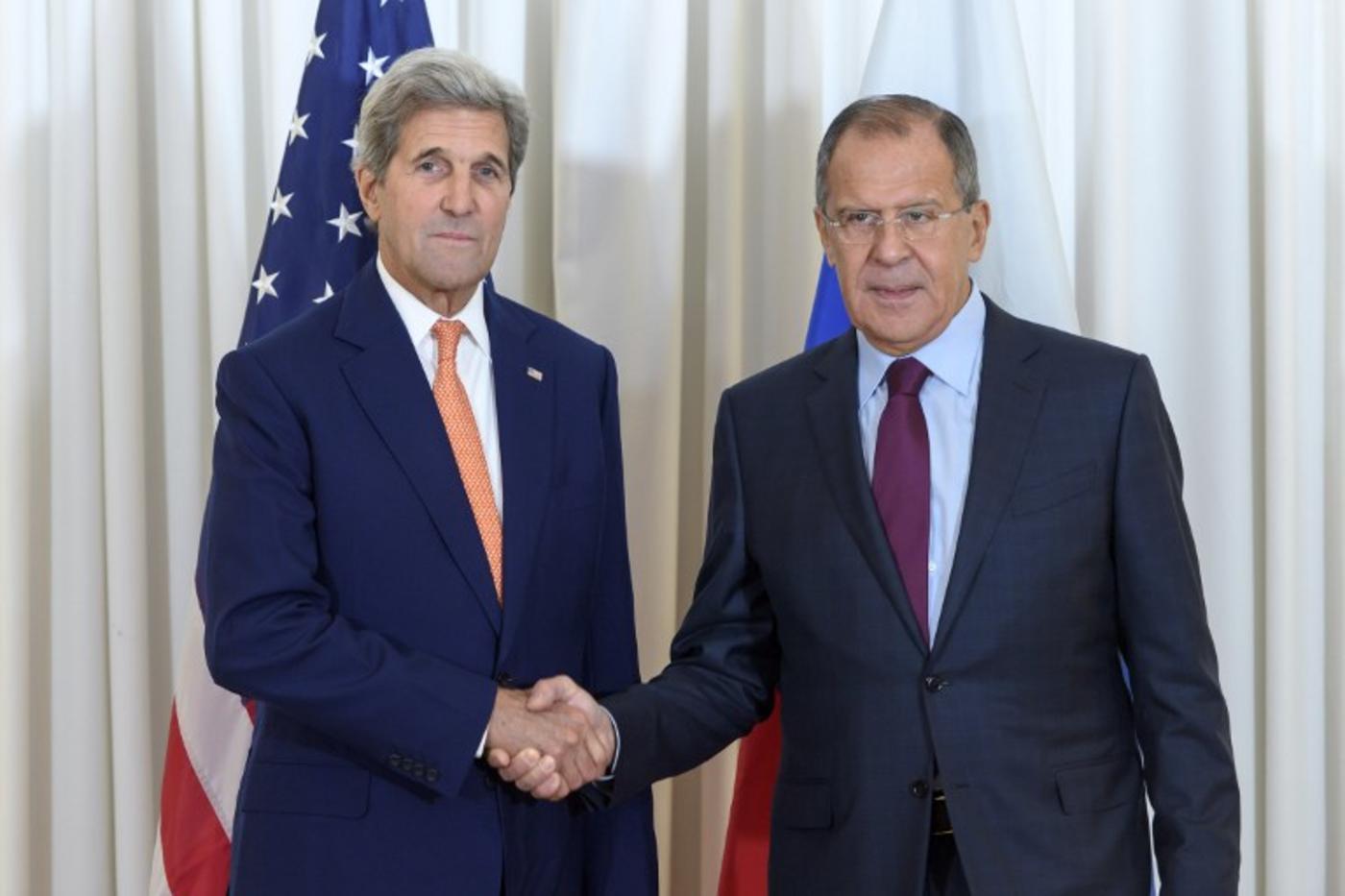 The Syrian war now perfectly depicts a Hobbesian state of “war of all against all”. The situation in Syria is a humanitarian catastrophe of epic proportions, unparalleled in complexity in modern history.

Virtually all the world powers, almost all the countries in the Persian Gulf region, numerous rebel groups and militant Islamic extremist groups are fighting in alliances with or against each other.

Strangely, enemies have become allies – some officially and some in practical terms – and vice versa. For example, the Kingdom of Saudi Arabia and al-Qaeda, sworn enemies, both seek the same goal of unseating Syrian President Bashar al-Assad.

Meanwhile, the United States and Turkey, both NATO members, are fighting a hidden battle. The former has allied itself with the Kurds, while the latter is fighting, both through its proxies and now directly, against the Kurds.

The behaviour of the world’s sole superpower attracts attention among this destruction and pandemonium. The Americans have directly fought Daesh (also known as ISIS, ISIL, and IS) by using a combination of both their own air force and ground forces of Kurdish and Arab fighters known as the Syria Democratic Forces (SDF). However, on several occasions, the US has refused Russia’s request to coordinate its military operations.

It does not appear that every actor in the US establishment is against the idea of cooperating with the Russians in the war against jihadist organisations. Nevertheless, the results of the US approach in Syria lead to the conclusion that there is a powerful current within the administration and the American system as a whole that seeks to block the formation of such cooperation.

In May, Pentagon spokesman Jeff Davis dismissed any cooperation with Russia. He stated: “We do not collaborate or coordinate with the Russians on any operations in Syria.” Why? Because “Russian operations are supporting and enabling the Assad regime and our focus is solely on degrading and defeating ISIL,” remarked Davis. However, this oft-stated rationale is not the real reason behind the Americans’ rejection of the Russians’ offer for cooperation.

In his June keynote address delivered at the Center for a New American Security forum, US Defence Secretary Ashton Carter identified the top five security threats the US currently faces. These dangers include “Russia, China, North Korea, Iran, and the extreme militants of the Islamic State.”

So, while Daesh has slipped to the fifth threat to US security, Russia sits at the top.

On 6 August, US Air Force Secretary Deborah Lee James told Fox News: "I think the number one threat is Russia. [Russia] is one of the handful [of actors] that could actually present an existential threat to the US."

This line of thinking is even promoted by the proponents of that school of thought at NATO. In February, American four-star general and then NATO Supreme Commander Philip Breedlove, in a testimony before two congressional committees, emphasised that Russia presents an “existential threat” to the US and its allies.

As a result of this viewpoint, the number one US priority in Syria is not to fight the most dangerous terrorist groups in human history. Rather, it is to block the Russians’ efforts to establish their presence in Syria as an influential actor. As such, even at the heart of the Americans’ constant demand for Assad stepping down lies the central objective of ending the influence and strategic depth of Russia (and of course Iran) in Syria.

This vision not only makes the US war against Daesh a secondary concern relative to confronting Russia’s ambitions, but it has also had a detrimental effect in the war against the group now known as Jabhat Fateh al-Sham (Front for the Conquest of Syria) but previously the al-Nusra Front, the Syrian branch of al-Qaeda, and arguably one of the most powerful established militant groups in Syria.

Because it is fighting to topple Assad, and Assad’s fall could dramatically weaken or even end Russia’s influence in Syria, the group did not even make the list presented by Ashton Carter.

Nusra leaders announced on 28 July that the group had severed its relations with al-Qaeda, stating that its leadership had been instructed to “go ahead with what protects the interests of Islam and Muslims and what protects jihad”. By who? Al-Qaeda’s top leader Ayman al-Zawahri, who explained that “the brotherhood of Islam … is stronger than any organisational links”.

Thus far, Washington has done next to nothing against this well-equipped, well-organised and dangerous organisation.

However, as mentioned earlier, not all American politicians are in agreement with this vision.

In mid-July, Secretary of State John Kerry began negotiations for closer military cooperation with Russia against both Nusra and Daesh. The Washington Post newspaper published what it said was a copy of a highly sensitive eight-page document discussing the proposed US-Russia cooperation.

According to the document, the Americans and the Russians would set up a joint headquarters, possibly in Amman, Jordan, and share intelligence and targeting information for air strikes against the two organisations.

However, in an immediate response to the report, White House spokesman Josh Earnest said: "I know there’s some speculation that an agreement may be reached to do so, but it’s not clear that that will happen.” It was obvious that pressure was exerted on Kerry to backpedal.

The rifts over Syria within the State Department are significant. In June, a month before Kerry began negotiating the terms of cooperation between the US and Russia with his counterpart, Sergey Lavrov, 51 State Department officials signed a dissent channel memo that called for military strikes against the Syrian government.

One need not be a political expert to realise that such a move could lead to a direct confrontation between the US and Russia, the result of which would be an escalation of war in Syria, a further deepening of the Syrian catastrophe, and more tragic deaths of innocent civilians.

Logic dictates that Assad should be dealt with once the reign of Jabhat Fateh al-Sham and Daesh over a significant part of Syria has been brought to an end.

US policies in Syria have thus far been dominated by a strong ideological component which gives priority to confronting every power that challenges US hegemony. This is the case despite the havoc that Syrian terrorism has wreaked in the West. Confronting terrorism has been downgraded to the status of a secondary priority as a result of that worldview.

Photo: US Secretary of State John Kerry (L) shakes hands with Russian Foreign Minister Sergei Lavrov, on August 26, 2016, as they met in Geneva for an expected push towards resuming peace talks for war-ravaged Syria (AFP) Syria War
Russian and US diplomats meet to discuss Syria Iran Nuclear
Whether we get Clinton or Trump, Iran nuclear deal is headed for trouble
Shahir Shahidsaless