It's Zionism, not the occupation, that's the real problem

Nada Elia
Many Jewish organisations and individuals have recently come out against the occupation, but that should be just the start 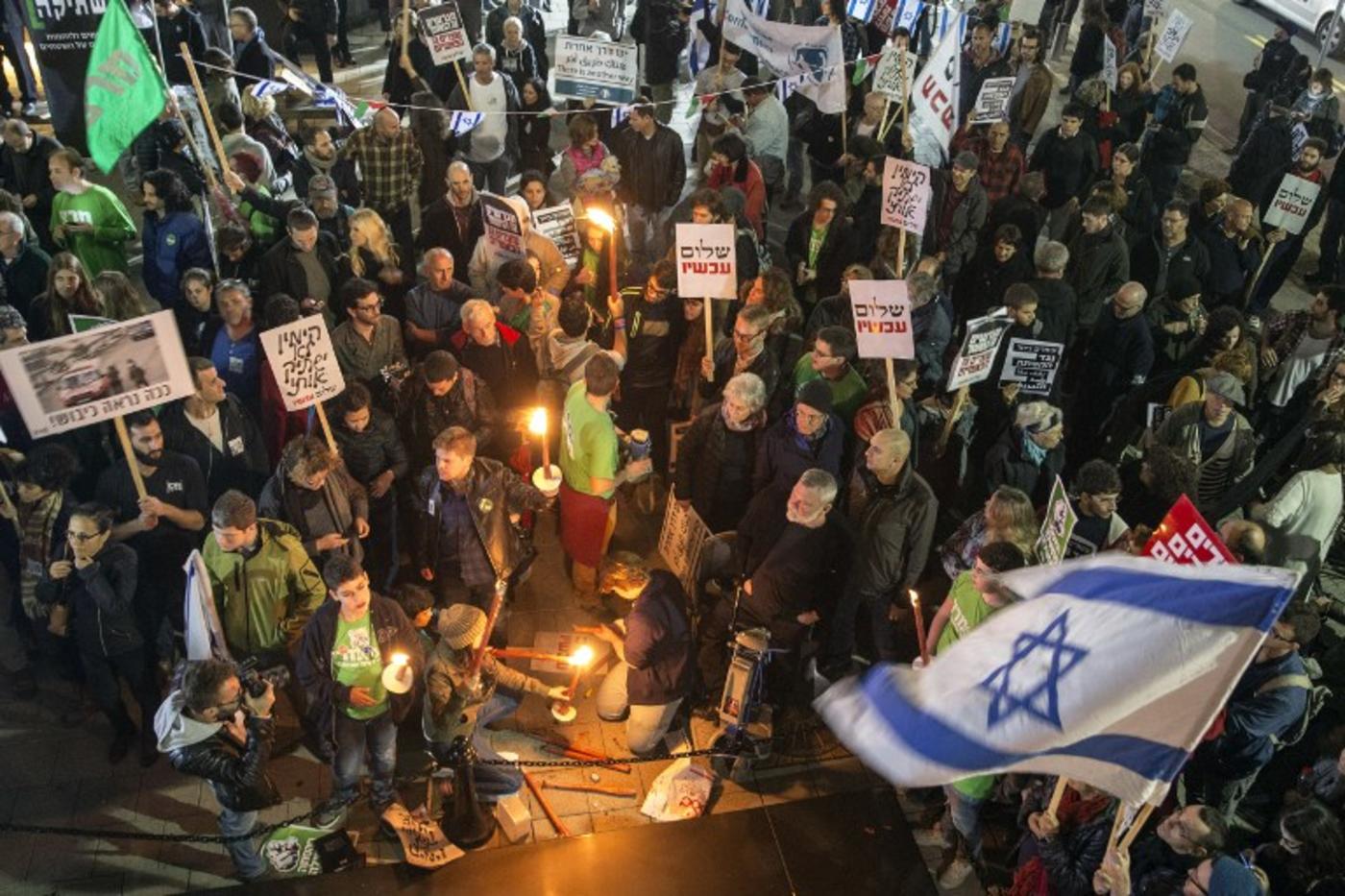 Earlier this month, at the 15th annual conference held near Washington DC, the US Campaign to End the Israeli Occupation announced that it was officially changing its name to US Campaign for Palestinian Rights.

The move was welcome, and long-overdue, as the US campaign had indeed evolved over the years from a group focused on lobbying the US government to end its financial and political support for Israel’s occupation of the West Bank and Gaza Strip, to an effective network of over 400 grassroots organisations committed to restoring the human rights of all Palestinians, not just those living under the illegal military occupation.

Yet even as the US campaign members were celebrating the change, many “liberal” or “progressive” Jews, and Israelis, persisted in focusing on the symptoms, namely “the occupation”, rather than the cause, of the oppression of the Palestinian people: Zionism itself.

As the US campaign members met, B’Tselem executive director Hagai El-Ad was in New York City, addressing UN Security Council members during a special session on "Illegal Israeli Settlements: Obstacles to Peace and the Two-State Solution".

The 49-year occupation of the West Bank, El-Ad said, was only sustainable because the powers that be have allowed it to go on.

Detailing a long list of daily violations and indignities the Palestinians endure in the West Bank, El-Ad said: “Israel has systematically legalised human rights violations in the occupied territories through the establishment of permanent settlements, punitive home demolitions, a biased building and planning mechanisms, taking over Palestinian land and much, much more.

“The rights of Palestinians must be realised, the occupation must end, the UN Security Council must act, and the time is now,” El-Ad pleaded.

Even though El-Ad’s speech to the UN infuriated Israeli Prime Minister Benjamin Netanyahu and sparked a call from an Israeli politician that his citizenship should be revoked, his speech fell short of recognising the real problem: Zionism.

Around the same time as El-Ad’s UN address, Rabbi Alisa Wise, deputy director of Jewish Voice for Peace (JVP), a national Jewish-American group, wrote on Facebook that her group was “serious about transforming the Jewish community”.

For Yom Kippur 5777, she wrote, JVP would be streaming online sermons from progressive rabbis critcising the occupation in ways rarely tolerated in synagogues across the US.

Only weeks earlier, on Rosh Hashanah, JVP had also arranged for online streaming of sermons by JVP-associated rabbis that criticised “Israel’s military occupation of Palestine,” which JVP claims is done “in the name of all Jews”.

Also this month and in a similar vein, The New York Review of Books published a statement calling for a “targeted boycott of all goods and services from all Israeli settlements in the Occupied Territories,” while specifically opposing the boycott of all Israeli products, the strategy put forth by Palestinian civil society leaders.

The call for a partial boycott is particularly problematic not only because it disrespects Palestinian leaders, but also because it falls short of any moral consistency. It fails to acknowledge that the illegal settlements it seeks to “target” would not exist were it not for Israeli government policy formed outside the occupied West Bank.

It also fails to address the circumstances of the majority of the Palestinian people, namely the refugees, as well as those living as disenfranchised citizens within the “legal” Israeli state.

Yet another relatively new, self-described “progressive” Jewish group seeking to “change the community” is the “If Not Now” movement, formed during Israel’s 2014 assault on Gaza.

The author, a Jewish American, makes an eloquent, passionate plea for others like him to step outside of their comfort zone and acknowledge that Palestinians are oppressed

“The demand for American Jewish institutions to end their support for the occupation has only grown more urgent and clear since that summer,” If Not Now explains on their website. “While the out-of-touch establishment claims to speak for our community, we know that American Jewry is eager for change.”

Earlier this month on Yom Kippur, the If Not Now’s New York City chapter held a public Ashamnu ritual outside the United Jewish American Federation, and again, the focus was on ending “support for the occupation”.

I am sure my list is not exhaustive, even as I add one more op-ed,  this time from The Michigan Daily student newspaper, with an urgent demand that Jewish Americans “show up” to oppose Israel’s oppression of Palestinians.

The author, a Jewish American, makes an eloquent, passionate plea for others like him to step outside of their comfort zone and acknowledge that Palestinians are oppressed. “As a Jew who stands in vehement opposition to the occupation, it is my responsibility to recognize that while I was sitting at Rosh Hashanah services on Tuesday, men, women and children in Palestine were still living under the harsh conditions they are subject to under the occupation,” he wrote.

“The urgency to end the occupation cannot wait any longer, and it certainly should not have to wait for an opening in the Jewish calendar,” he adds.

Here, again, the passionate plea is for an end to the occupation.

There is not one word in these op-eds, in the handout that JVP gave out on Rosh Hashanah or in the events held or speeches given in recent weeks about Zionism as racism, racial privilege and the truly oppressive policy.

The year 2017 is just around the corner. It is a critical year that ushers in the 50th year of the occupation of the West Bank, but it is also the centenary of British Lord Balfour’s declaration to European Zionists that “Britain views with favour the establishment in Palestine of a national home for the Jewish people…”

The dispossession of the Palestinians, then, did not begin in 1967, but in 1917, as Mandate Britain, an imperial power playing global chess with other European powers, decided to amputate Palestine so as to turn it into a refuge for European Jews escaping European anti-Semitism.

One hundred years of planned, then implemented dispossession, is one hundred years too long. Today, we must look at a future that accommodates the people living in historic Palestine, as well as those with an internationally recognised right to live there, the Palestinian refugees.

Denouncing the occupation is not enough. The US campaign’s name change is a timely indicator that we must change the discourse to put an ethnically cleansed, culturally erased people at the very centre, and make their rights the focus.

And, as Jewish scholars Joshua Schreier and Mira Sukarov wrote in their timely essay, the return of Palestinians to present-day Israel will not only finally bring justice to this dispossessed people, it will also make the state of Israel a better place to live in for all. It will tilt the balance away from a stifling concern with demographic majority, into a country that is “more hospitable to Jewish (and non-Jewish) religious pluralism, and [which] could uphold the gender and sexual identity rights already embraced by liberal religious streams”.

At this juncture, it is extremely worrisome that anyone who views themselves as “progressive” persists in seeking partial solutions, such as “ending the occupation,” which cement ethnic cleansing and apartheid in historic Palestine.

Instead, Zionism, with its focus on Jewish supremacy, is the problem that must be addressed, the occupation being only one of its manifestations.

Photo: Israeli left-wing activists take part in a 'Peace Now' march calling on Israelis to choose ''another way'' at the Rabin Square in the city of Tel Aviv, on 19 December 2015 (AFP). 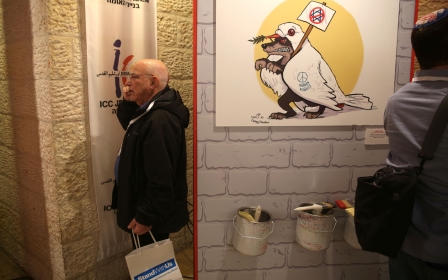 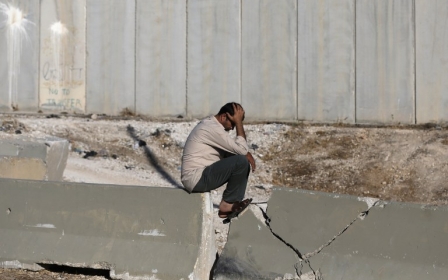 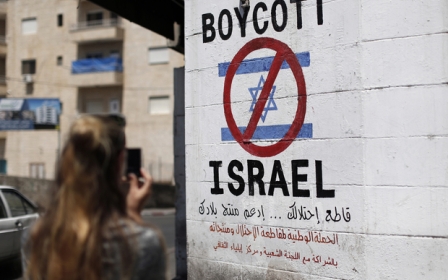