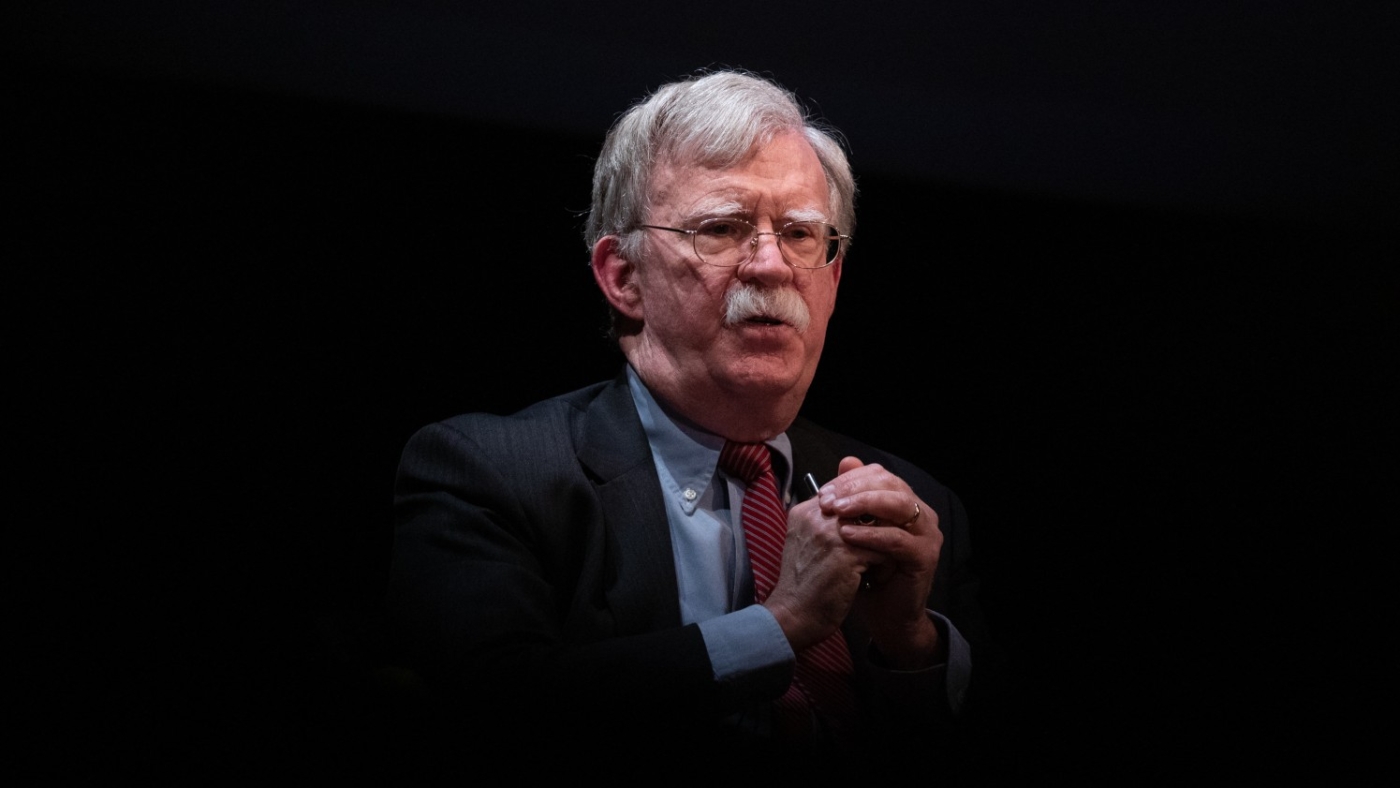 Good old John Bolton. The US diplomatic hawk, a veteran of US interventions from the Iran-Contra fiasco to his global troublemaking as national security adviser to Donald Trump, let the cat out of the bag this week.

CNN reporter Jake Tapper used Bolton’s vanity about his iniquitous record to coax him into talking about the regime change activities he had been part of during his 17 tumultuous months working for Trump.

6 January has become a defining event that may prove, at least to those who care, the unutterable evil of Trump and his followers

Tapper riled Bolton by saying, “One doesn’t have to be brilliant to attempt a coup.” Bolton took the bait, responding: “As somebody who has helped plan coups d’état, not here, but, you know, other places. It takes a lot of work.” Tapper pressed him to say more about “what you need to do to be able to plan a coup, and you - you cited your expertise having planned coups”.

Bolton said he wouldn’t get into the specifics, before adding, "Well, I wrote about Venezuela in the book, and it turned out not to be successful.” This was the US-backed coup attempt against Venezuela’s Nicolás Maduro following his disputed election win in 2018. As Bolton admits, that failed (although US sanctions, for which Bolton was an ardent advocate, are still crippling Venezuela’s economy).

Bolton was being interviewed about the chaotic and violent assault on the US Capitol on 6 January last year, which is currently the focus of hearings in Congress. Like Russiagate (the hearings that were supposed to prove how Trump was a puppet of Vladimir Putin, but ended in failure), the 6 January hearings are scrutinising the former president's role in seeking to overturn Biden's victory in 2020. However, Trump is not quite revealed as a would-be Mussolini; instead of disciplined stormtroopers ready to carry out his master plan, he was surrounded by clueless clowns and chancers.

As for serious coup plotters, Bolton is closer to the real deal, although those who actually carry out coups don’t give tell-all interviews to CNN. (One of them - CIA clandestine services vet John Sipher - even called out Bolton on Twitter, insisting the US doesn’t do coups anymore.)

6 January and other coups

With Biden’s administration in disarray ahead of the mid-term elections, 6 January has become a defining event that may prove, at least to those who care, the unutterable evil of Trump and his followers - and boost the Democrats amid the huge disappointment of Biden’s presidency.

Of course, when it comes to coups outside of the United States, of which there are too many to mention, the Democrats are not shy at all in helping to organise the storming of government buildings around the world, even against elected democratic leaders. Washington insiders were predictably furious with Bolton for breaking the omerta of US officialdom, which spends each working day maintaining the narrative of American values of democracy while working just as hard to undermine governments seen to be a threat to US imperial interests.

Evo Morales, the former president of Bolivia, who was overthrown in 2019 by the military, said the remarks showed that the United States was “the worst enemy of democracy and life”, The Washington Post reported.

“This is no surprise,” Chinese foreign ministry spokesperson Wang Wenbin said. “The admission simply shows that interfering in other countries’ internal affairs and overthrowing their governments have become the standard practice of the US government… This is very much part of the US rule book.”

Larry Diamond, of the Stanford University-Hoover Institution, berated Bolton’s admission: “It’s damaging to our efforts to advance and support democracy," he said. "We have enough trouble already countering Russian and Chinese propaganda.” Diamond, as it happens, was a significant player in the overthrow of former Ukrainian president Viktor Yanukovych in 2014, and previously advised the US occupation authority in Iraq following George W Bush’s invasion.

One of Diamond’s more successful productions was the “I am a Ukrainian” video that went viral during the 2013-14 crisis. It appeared to represent the spirit of young Ukrainians fighting a corrupt regime, but was created by a production company funded by the US National Endowment for Democracy (also known as the National Endowment for Regime Change) and led by none other than US State Department adviser Larry Diamond.

US involvement in coups and regime change strategies in Latin America, Africa, the Middle East and Europe are not just a Cold War curiosity

The key US player in the February 2014 uprising in Ukraine was President Barack Obama’s Assistant Secretary of State Victoria “Fuck the EU” Nuland. Thanks to leaked tapes (and the billions of dollars the US funnelled into Ukraine) it is clear that events widely portrayed in western media as a popular uprising were manipulated by the US to bring down Yanukovych and install a nationalist pro-US regime.

In another leaked conversation between EU foreign policy chief Catherine Ashton and Estonian Foreign Minister Urmas Paet in March 2014, the latter pointed to ballistic evidence that the snipers in Kyiv who shot and killed more than 80 people from both sides in the critical days of the Maidan clashes were not working for the Yanukovych government, but were part of the far right opposition. The US nevertheless blamed the deposed government, creating a narrative around the events that holds to this day.

Ever since the Iran coup of 1953, the US has finessed a model to overthrow governments which uses local client forces, willing agents on the ground, media management and propaganda, and of course dirty tricks and specialist troops.

Of course, this geopolitical chess game - which was treated as rather amusing by Bolton and his interviewer - had an endgame, and that is the war in Ukraine. Once the new regime in Kyiv, now led by Vlodomyr Zelensky, was installed in 2014, the Donbas region broke away and Russia annexed Crimea. A war broke out in the east, widely blamed on Russian President Vladimir Putin.

But the US had unerringly backed those forces in Ukraine who saw a war with Russia as the only way to break free from Moscow and reverse the defeat of Ukrainian pro-Nazi forces in the Second World War. This alliance with far right forces was largely airbrushed once Russia invaded Ukraine in February this year.

US involvement in coups and regime change strategies in Latin America, Africa, the Middle East and Europe are not just a Cold War curiosity. Moments of candour such as Bolton’s remind us they haven’t gone away.

The notion that America stands for democracy and freedom across the world still holds within the bubble of US official discourse, but in the week Joe Biden offers total support to the Israeli occupation regime in Tel Aviv and the Saudi dictatorship in Riyadh, it fools no one. US Politics
Aِrrogant, dangerous and simplistic: What a relief that John Bolton is no longer in power
Jonathan Steele Iran Tensions
'Bolton was a nightmare for us': Iranians welcome sacking as setback for 'project war'