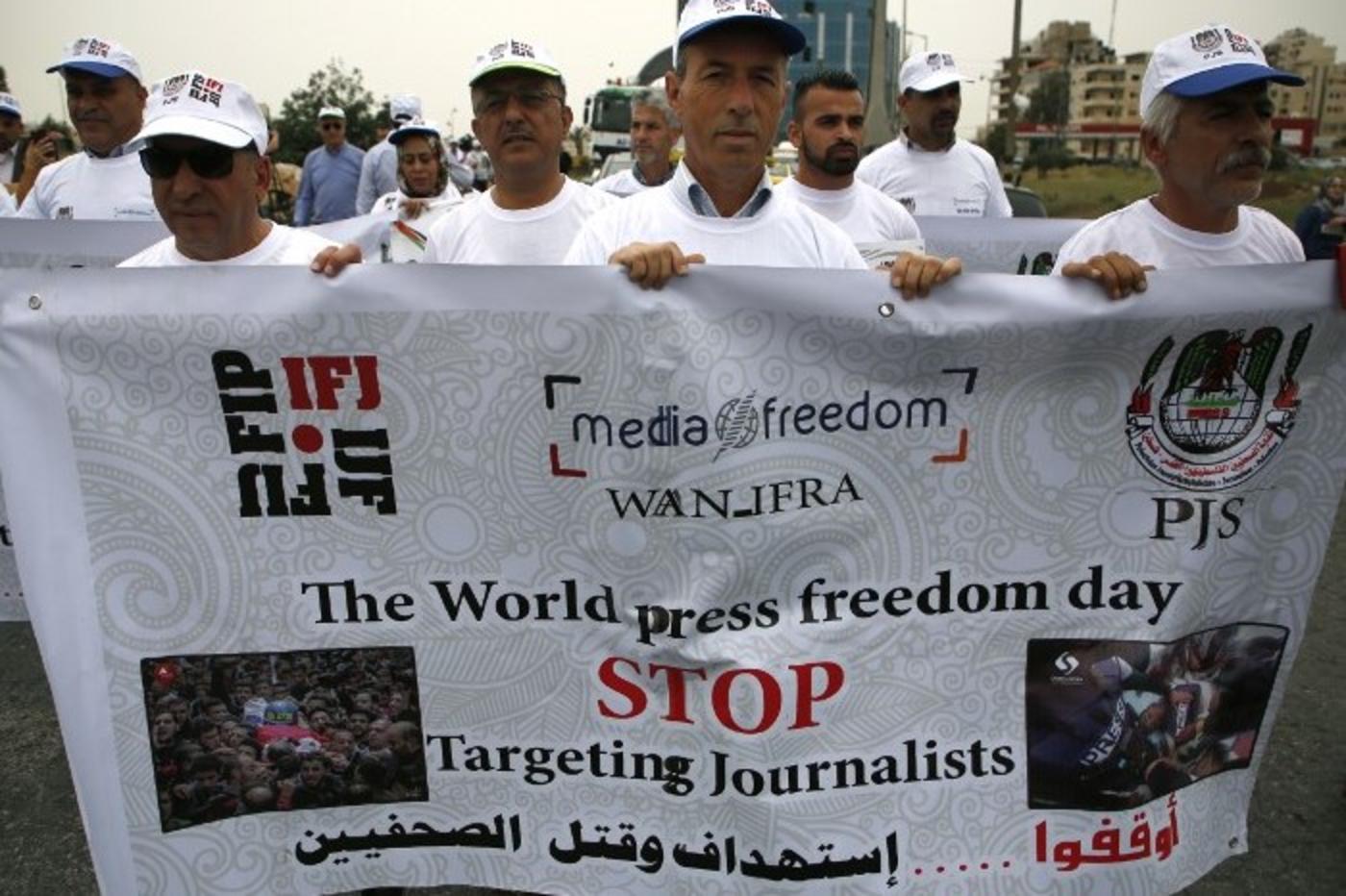 The world is yet to come to terms with the brutal murder of Saudi journalist Jamal Khashoggi, who was killed in the Saudi consulate in Istanbul on 2 October. Although the Saudi government initially strongly denied that his murder was premeditated, and despite him being a critic of the Saudi authorities rather than an inciter of regime change, it is clear that he was being targeted for punishment by Saudi rulers.

Khashoggi’s fate has shocked the international community, but he is not the only victim of conscience in the Middle East.

Crackdowns on freedom of expression mean that thousands of people have been killed, assaulted, threatened, harassed and imprisoned across the Middle East region. Journalists are often the main targets. This year alone, the region has seen journalists being deliberately detained, attacked or killed in a number of countries, from Saudi Arabia to Yemen to Egypt and beyond. Out of 45 journalists killed this year during the course of their work, 13 deaths took place in Syria, Yemen, Palestine/Israel, Libya and Saudi Arabia.

The leaked details around Khashoggi’s murder may be far more gruesome than those of other reported cases, but even if the silencing of critical voices takes a milder form than what he went through, the motivation is the same: alternative perspectives are for the most part not tolerated by the powers that be in the region.

In a harrowing twist of fate, in early January Khashoggi himself had reported in his Washington Post column the arrest of Saudi journalist Saleh al-Shehi, who in a December 2017 appearance on the Rotana channel had commented on the economic privileges enjoyed by those close to the Saudi royal court.

This year alone, the region has seen journalists being deliberately detained, attacked or killed in a number of countries, from Saudi Arabia to Yemen to Egypt and beyond

Around the same time, there were at least 15 other journalists held in detention by the Saudi authorities, according to Reporters Without Borders (RSF).

Later in January, more reports of attacks on journalists came out of Baghdad, where the office of the Dijlah satellite news channel was set on fire by unknown assailants; Yemen, where soldiers closed the office of Al Jazeera in Taiz; and Sudan, where seven journalists were arrested after reporting on anti-inflation protests in Khartoum.

These cases followed ongoing ones of journalists who have been in detention for years, such as the photographer Mahmoud Abu Zeid (aka Shawkan), who has been imprisoned in Egypt for more than five years for taking photos during the Rabaa massacre.

Looking back at reported incidents in 2018 alone, there are similarities linking the different cases. Journalists and media organisations are targets for warring factions in active conflict. In February, Hadramout-based security forces arrested Yemeni journalist Awad Kashmeem - who published the government-aligned publication November 30 - after he criticised "the conduct of the coalition forces' ongoing military campaign in the province" in a Facebook post. In June, the journalist Anwar al-Rakan died from torture while detained by Houthis.

In Syria, journalists are vulnerable in the face of both regime and rebel groups. Russian and regime airstrikes have killed a number of reporters, like the photojournalist Ahme Azize, who died in an attack on western Aleppo last August.

In July, the Northern Brigade of the Free Syrian Army detained three journalists from Arab 24, while Hay’at Tahrir al-Sham detained a reporter from the pro-opposition Qasioun News Agency in western Idlib.

Similar violence is inflicted on reporters in Libya, like Musa Abdul Kareem, who was abducted then shot dead in Sabha after publishing reports on kidnappings in the city.

The authorities also target journalists reporting on government corruption. The Committee to Protect Journalists (CPJ) has documented a series of measures taken by the Sudanese government to censor such reporting.

Another driver behind the targeting of journalists is their reporting on developments that governments want to play down, such as protests

Another driver behind the targeting of journalists is their reporting on developments that governments want to play down, such as protests. This was the case in Iraq, where between July and September, several journalists were either physically attacked or arrested while covering anti-corruption protests.

Similarly, in Morocco, two journalists have been sentenced to 3-5 years imprisonment for covering last summer’s Al-Hirak protests in the city of Al-Hoceima. The official narrative behind their sentencing is that their reports constituted a threat to national security. Morocco also has a history of expelling journalists from the occupied Western Sahara.

The excuse of national security is used to justify the wide-ranging draconian measures taken by governments to reduce the space for expression. Egypt announced that anyone with 5000 or more followers on social media is now legally a “broadcaster”, subject to prosecution under charges such as spreading false news and communicating with hostile foreign agents.

In August, the satirical blogger known as Khorm - who has around 75,000 followers on Twitter- was charged with communicating with Amnesty International and Human Rights Watch.

Before him, similar charges were hurled at the blogger Wael Abbas, well known for his documentation of Egyptian police abuse. An alarming situation in Egypt is that these kinds of charges allow for journalists to be sentenced by military courts, as what happened to Ismail Alexandrani, who has been sentenced to ten years in prison following his reporting on Islamist movements and clashes in the Sinai Peninsula.

Even Middle Eastern countries usually known for having a greater space for freedom of expression than others are cracking down on journalists and even ordinary people. Since last year, the Lebanese Publication Court has convicted several journalists of defamation and spreading false news, in addition to arresting a number of people for posting “offensive” material on social media.

Put together, these cases paint an alarming picture of the media and public spheres in the Middle East. The killing of Khashoggi can only heighten the concern felt by reporters and commentators from the region. Whether aligned with the government or not, media organisations and personnel are vulnerable, and even constructive criticism is in many cases no longer tolerated.

Photo: Palestinian journalists hold a banner with photos of two journalists recently killed in Gaza reading "Stop targeting and killing journalists" during a protest organized by the Palestinian Journalists Union, in front of the Beit El Israeli army checkpoint, near the West Bank city of Ramallah, on 6 May, 2018 (AFP)