Madawi al-Rasheed
The outrage by Western governments is in stark contrast to their silence over and, in the case of the US and UK, their active support of Saudi Arabia's war in Yemen 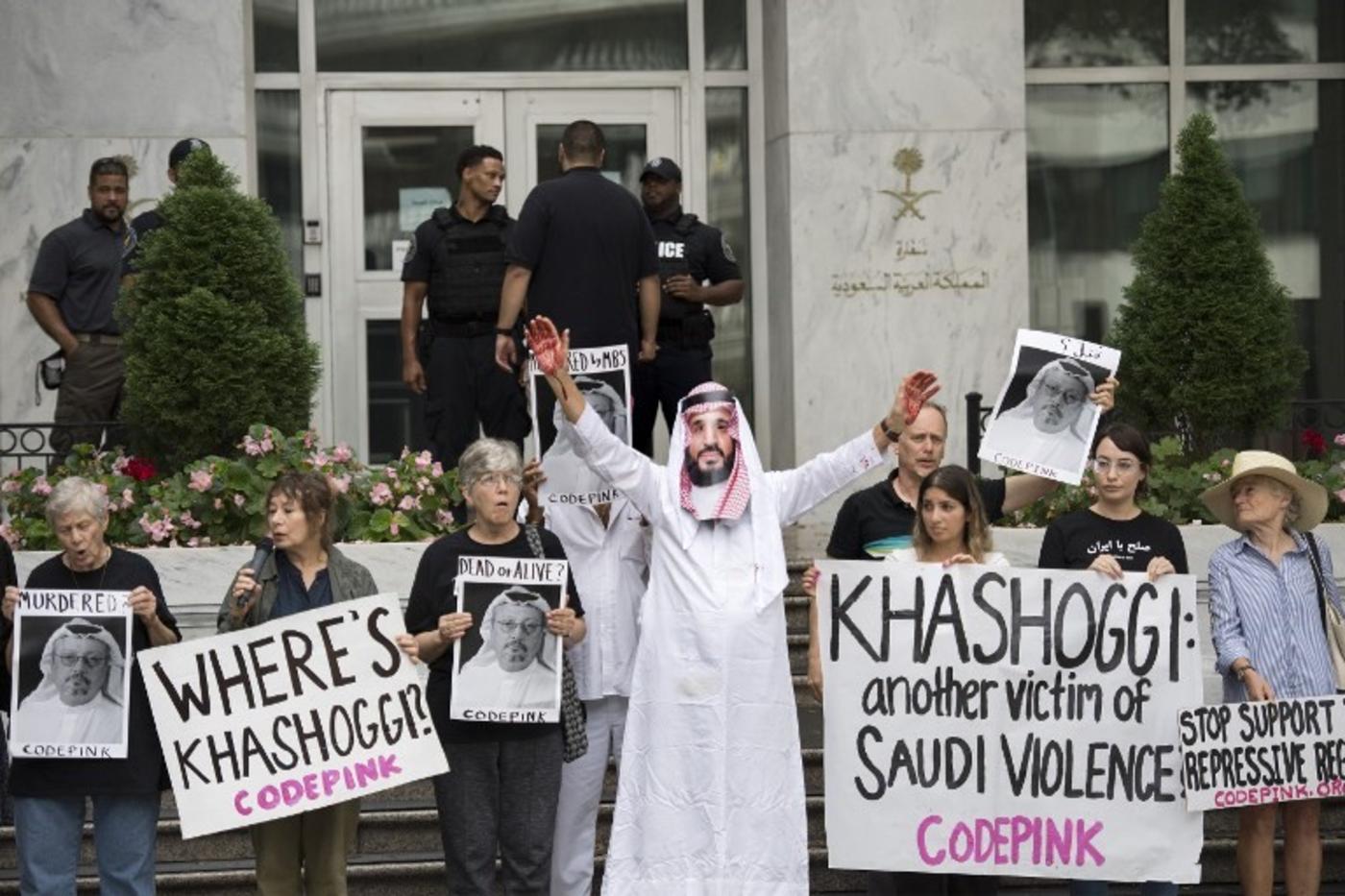 I share the general outrage at the apparent murder of Saudi journalist Jamal Khashoggi but cannot help feeling that the response from Western governments is selective.

The outrage by Western governments is in stark contrast to their silence over and, in the case of the US and UK, active support of Saudi Arabia's bloody war in Yemen that has left "as many as 10,000 dead and 8.4 million people facing devastating famine".

If indeed Khashoggi was murdered in the Saudi consulate in Istanbul on 2 October, either deliberately or as the result of interrogation by "rogue" elements from the Saudi authorities, then it is a legitimate source of outrage. This would be murder by a state - or the organs of a state - of an unarmed journalist, without judicial process, on diplomatic ground outside the territory of the perpetrators' country.

It is this dreadful cocktail of circumstances that explains the general outrage that it has sparked.

It is the state-sponsored, extrajudicial, extraterritorial nature of the apparent murder that is the source of greatest outrage, and this is where the outrage appears most selective

The media rightly seeks to protect their own, and Khashoggi was a writer for the Washington Post and a career journalist, even if he had also been a close confidant and adviser to prominent Saudi princes. Media globally feels under siege. All too many journalists have died for their profession, often the result of deliberate targeting.

The profession is under attack, as individual journalists are denied access due to unfavourable reporting or newspapers are blacklisted in the barrage of attacks on "fake news".

The international community generally - and Turkey in particular - is understandably concerned at the abuse of diplomatic immunity, even if diplomatic missions have long been home for dubious activities.

The reciprocal nature of diplomacy dictates that individual diplomats, their embassies, consulates and even their "bags" are inviolable. This reciprocity is under attack, as abuses exceed their tacit limits and tit-for-tat expulsions abound.

Yet it is the state-sponsored, extrajudicial, extraterritorial nature of the apparent murder that is the source of greatest outrage, and this is where the outrage appears most selective.

The West is rightly proud of its rule of law. As a writer and academic, it is what I value most highly. Freedom of speech is the life-blood of democracy. And the assurance that my freedom cannot be denied, other than through due legal process, is at the core of why exiles flock to the West.

The extrajudicial nature of Khashoggi’s apparent killing should, however, be no surprise. There is neither an effective rule of law nor freedom of expression in Saudi Arabia, and there never has been. So why the outrage at yet another extrajudicial murder? While NGO after NGO has condemned the kingdom's human rights record, Western governments have been conspicuously silent.

Targeted killings, that is to say the state-sponsored extrajudicial murder of individuals, are on the rise and have become as much a weapon-of-choice of the West as undemocratic regimes

State-sponsored murder is hardly new. Whether "democide" or "targeted killing," the idea that the state - or its agents - target and kill certain individuals or groups is not new. Mass killings, such as those of the "death squads" of Latin American dictators, were frequently tolerated by their Western sponsors, even if they were subsequently condemned.

Yet targeted killings, that is to say the state-sponsored extrajudicial murder of individuals, are on the rise and have become as much a weapon of choice of the West as undemocratic regimes. The hit-squad with an ice-pick may have been replaced by high-tech drones, but this does not fundamentally change the nature of the activity.

When state-sponsored extrajudicial killing is outside that state's territory then the outrage is particularly vehement. It is one thing to murder your own people within your territory but don't violate the territory of another state, especially a Nato member, by doing that abroad. The outrage felt by the UK and its allies over the Salisbury attack was a case in point.

They simply can't tolerate GRU hitmen wandering the streets of England brandishing lethal nerve agents, threatening the lives of not only defectors but the police and the public at large. Even where that territory is strictly sovereign to the perpetrators, as with a consulate, it is considered unacceptable for a state, in this case Saudi Arabia, to do its dirty work in another country.

The outrage is undeniable but highly selective. When it is an ally of the West accused of committing such extraterritorial crimes, the response is muted or non-existent.

None of us watching the recent film Operation Finale, about Mossad’s 1960 abduction of Adolf Eichmann in Argentina, felt any sympathy for the subject of the abduction or the host state. That was because history was clearly on the side of Israel, and rather than simply murder him as several of the team sought to, he was brought back to Israel for a public and well-documented trial.

The extraterritorial activities of Mossad were also immortalised in Steven Spielberg's Munich, where retaliation was sought against the perpetrators of the 1972 Summer Olympic murders by the PLO. Israel has mostly had a free pass from Western governments to carry out assassinations across the Middle East and beyond, and has even gone on the record to boast about it.

Khashoggi's case is outrageous, and it is entirely appropriate that the West should roundly condemn Saudi Arabia for the apparent murder and demand justice for Khashoggi and his family.

Yet this response should also be within a context of a wider condemnation of the Saudis' internal human rights abuses and their own murderous war in Yemen.

Photo: A demonstrator dressed as Saudi Arabian Crown Prince Mohammed bin Salman (C) with blood on his hands protests with others outside the Saudi Embassy in Washington, DC, on 8 October, 2018, demanding justice for missing Saudi journalist Jamal Khashoggi (AFP).