Knowing too much: My disastrous Syria trial 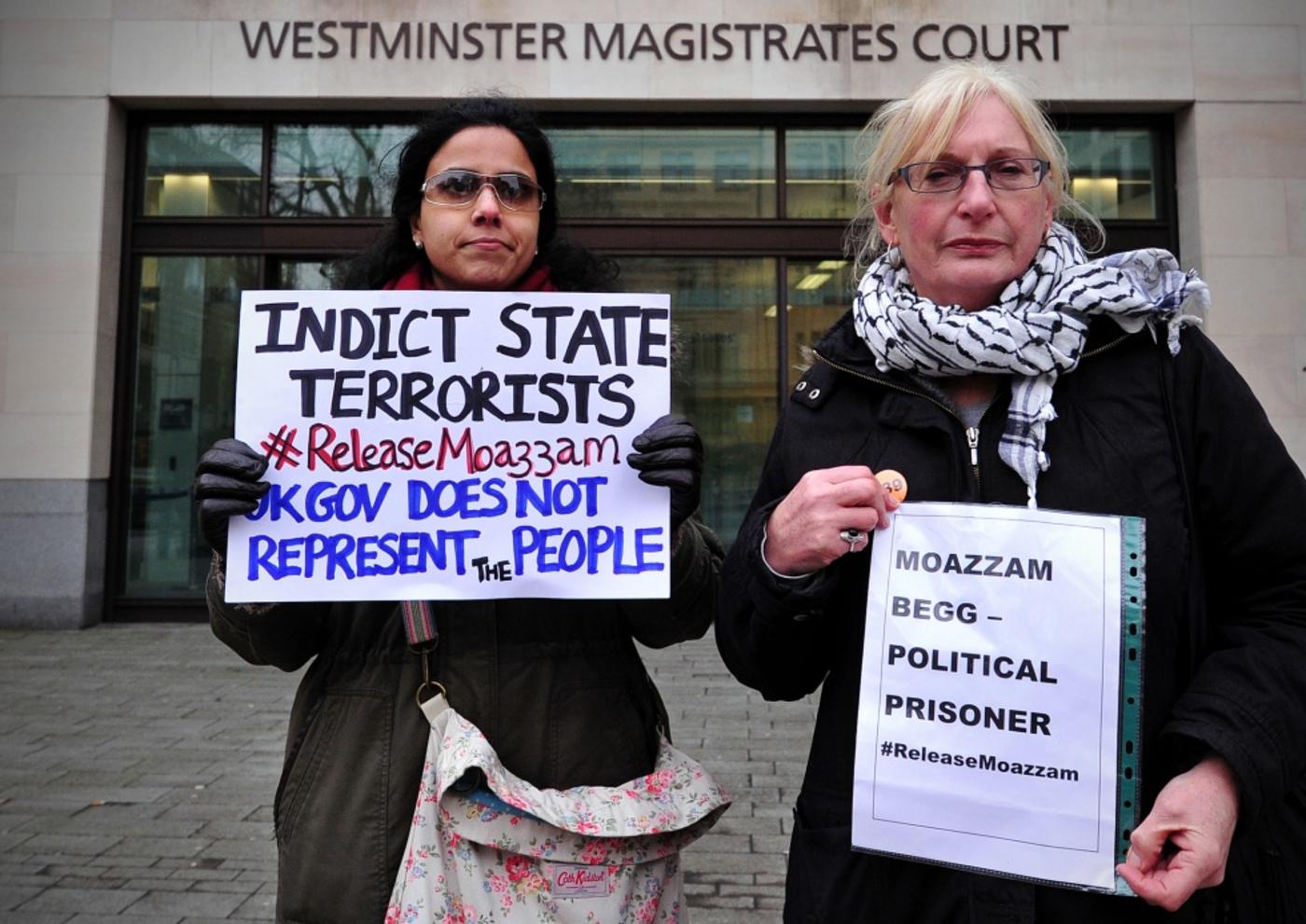 It was the early morning of 24 February 2014. The doorbell rang. My wife answered and called my name, sounding scared. I was out of bed and already half-dressed when the police walked into my room. It seemed like they had filled the house. They asked me to confirm my name and then told me I was under arrest for terrorism.

I had been on edge since police seized my passport on my return from South Africa, so I was half expecting this. The police herded all my family into one bedroom. They allowed me to hug them all and say goodbye - unlike the Americans did. I told them to be strong, not to cry and have hope in Allah. I promised I would be back soon.

After dispersing my family between four households, the police scoured every inch of my house and filled 50 large evidence boxes with literally anything they could find. I didn’t know it at the time, but my car had been bugged since September 2012 and my every conversation recorded.

I was taken to a police station and kept there for four days. This was very serious. Over 150 police officers were involved. Additionally, the Home Office, the Treasury, the intelligence services and Crown Prosecution Service (CPS) had gone to extraordinary lengths to refuse me bail, freeze my assets and classify me as a Category A high-risk prisoner in HMP Belmarsh, five hours away from home.

The Government must have also anticipated the damage my arrest would have done to community relations and predicted allegations that they were doing this to prevent me from exposing British complicity in torture.

And after all that effort - it cost the taxpayers over £1million - they just gave up, apparently because of a meeting I had with MI5? The police claimed that my trial collapsed because they were not aware that I had met with MI5 before I travelled to Syria, but that’s not true because the article in which I mention my meeting was served as evidence by the prosecution. Surely, if the police and CPS truly believed I was involved in terrorism how could MI5 allow me to travel abroad for the purposes of terrorism?

The truth is the case was going to collapse on its own merits and was going to set a precedent that successfully challenged Britain’s policy on Syria and the meaning of terrorism.

I first became aware of the probes during police interrogation and like most people, I was horrified at the idea of having my personal conversations recorded. My reality, however, was that I could have been facing up to 15 years in prison for providing fitness training and a generator to the Syrian rebels, if found guilty.

After arriving at prison, the task of preparing for trial began in earnest. I knew I'd committed no crime and I was ready for a fight. The CPS case, however,  was served in a disjointed and inconsistent manner. My lawyers had never seen anything like it in decades of advocacy.

The prosecution tried to create a narrative that didn't exist because they were missing the key component: mens rea - the guilty mindset. After eight months of this, the desperation of their case coupled with the inability to understand their own evidence became apparent.

One example of this was regarding a train journey home with a military historian friend of mine who’d given a presentation at the CAGE office about the contribution of Indian subjects to the British war effort in both world wars. While we were on the train, unbeknown to us, an ex-British soldier seated opposite overheard us - two Asian-looking men talking about soldiers and war. That was enough for him to secretly photograph us and report it to the police. The incident was served in evidence by the prosecution - which is how I found out.

My copy of The Autobiography of Malcolm X, an article explaining the difference between jihad and terrorism and my piece entitled Syria: Britain’s new war on terror explaining the UK’s confused Syria policy were all served in evidence against me. The CPS’s 183-page expert witness report by Matthew Wilkinson was scrapped before the trial because it couldn’t show a terrorist mindset.

In November 2013, UK border police were prepared to potentially facilitate my travel to Syria after making me miss my flight to Istanbul where I was to attend a conference. They had wrongly assumed my trip was for onward travel to Syria. They offered to rebook my flight despite the reason they’d stopped me.

Counter Terrorism Unit (CTU) translations of my Arabic conversations were a cause of hilarity:

Me: “nusrat al-mustadhafeen (help the oppressed)”

CTU: Name of a jihadi group

Me: “Here is the generator and some [spare] parts”

CTU: Here is the generator. It has many uses.

Me: “Even if you are completely jahil (ignorant)”

CTU: Even when you do jihad

The CPS didn’t care about my beliefs, even though they had recorded them, because they needed the charges to fit their narrative and not the truth. These are just two of numerous examples:

CTU probe, 24/06/2013: “I am telling you…they [ISIS] will commit numerous atrocities in the name of jihad and mujahideen.”

CTU probe, 24/06/2013: These people are very scary…and they all do it in the name of shariah…Where is the mercy in your people? It’s all about killing…with enemies and friends

The night before my arrest I had posted on social media and called ISIS extremists after they had killed a rendition victim I’d met in Syria in 2012. I spent much time responding to one of their supporters who objected to my description. Western media was not particularly concerned with ISIS back then because they were only killing Muslims. But I was very concerned.

This is taken verbatim from my last Facebook conversation before my arrest:

“I saw people who went on to join ISIS beat and torture brothers, with ridiculous allegations. They claimed beating them was from the Sunnah, I challenged them after I heard the brother’s screams.

“I saw muhajireen (foreigners), locked in cages, by Allah worse, than my Guantanamo cell.

“They beat people to make them confess…just like the Arab regimes, there is no difference.

“I have been to many places, Bosnia, Afghan… but never seen this kind of fitnah [turmoil] and such dangerous extremism and readiness for takfeer.

“Syrians on the ground have started to hate foreigners because of them.

“ISIS have even detained and killed aid workers…brothers from UK who have taken convoys [have] been looted by ISIS, guns shoved in faces of brothers who have crossed Europe to bring aid.

“And what’s the basis of detaining the non-Muslim aid worker [Alan Henning] who came in as a guest of Muslims, under their protection? They’ve probably murdered him too, just like many Muslims they’ve done that to.

“You have no idea how dangerous these people are and I will be writing about it in detail.”

That night I changed my Facebook status: “Sometimes knowing too much can be a curse.” Perhaps now it makes sense.