Lara Alqasem's case is a public relations disaster for Israel 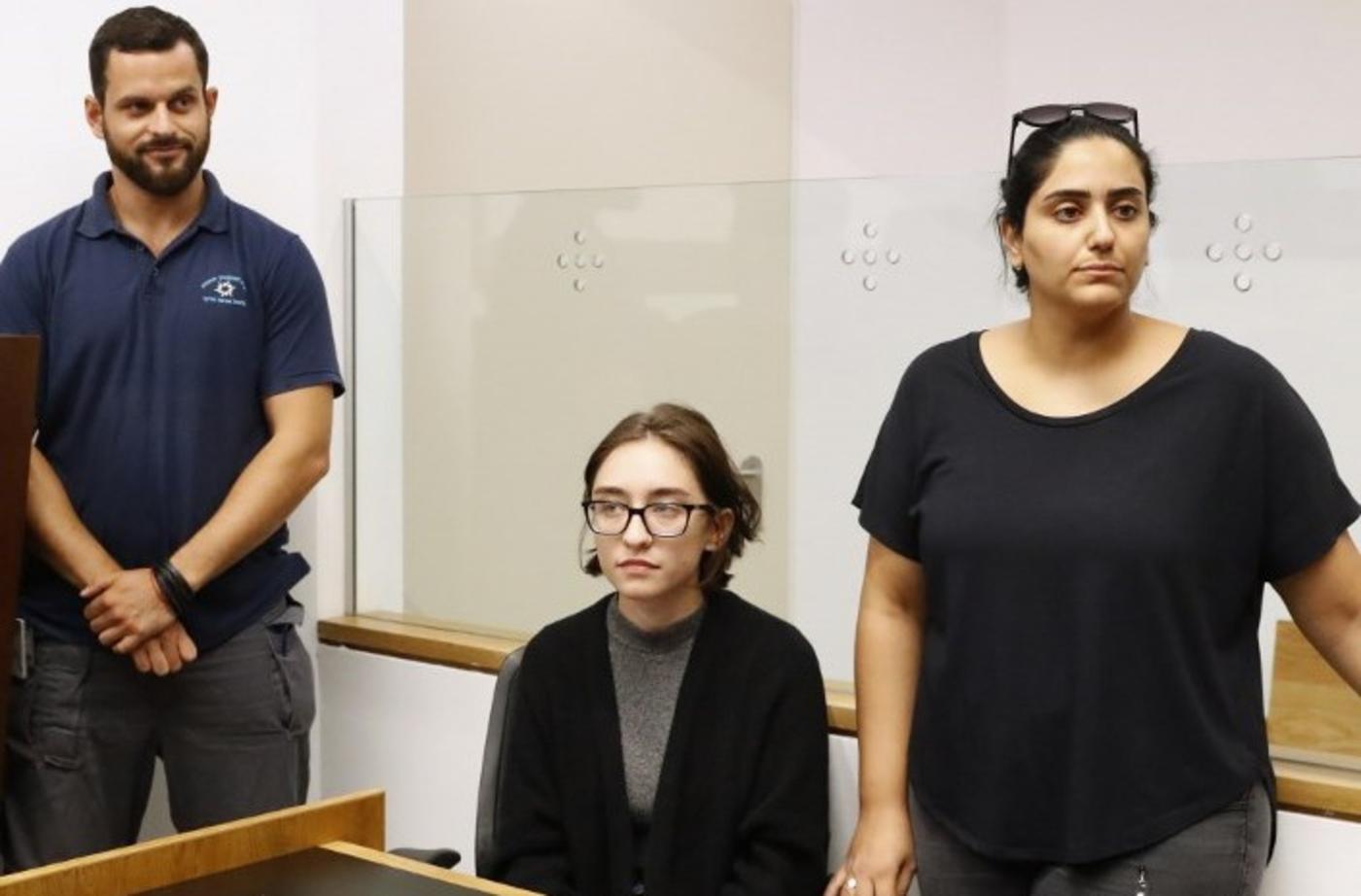 When Palestinian-American student Lara Alqasem decided to appeal her deportation order from Ben Gurion Airport in Tel Aviv, it is unlikely she had any idea her gesture would make her a cause celebre, catalysing a global discussion around the politics of studying in a country that openly engages in racial profiling and ideological exclusion.

Alqasem, who had recently graduated with a degree in international relations from the University of Florida, had been accepted into a graduate programme in Transitional Justice at the Hebrew University, and had obtained a student visa from the Israeli consulate in Miami before flying to Tel Aviv.

The extreme airport scrutiny is unknown to clueless vacationers from China, India or Korea - Asia is Israel’s fastest-growing tourism market, and the country is training its hospitality industry in how best to cater to them. It is also unknown to delegations from Christian Zionist churches that buoy Israel's Judaisation of the Holy Land, ahead of the second coming of the Messiah.

But it is fully expected by Palestine rights activists, who routinely scrub their social media pages, going so far as to change their name, before travelling to Israel.

It is impossible, however, to delete one's profile on a smear website, and Alqasem was featured on the right-wing anti-Palestinian website "Canary Mission," where she is identified as a past president of her school’s chapter of Students for Justice in Palestine, a national umbrella group that supports the boycott divestment and sanctions (BDS) campaign against Israel's illegal occupation of Palestine.

As Alqasem's case made international news, with major newspapers and television stations reporting on it, the global discussion focused on whether she does or does not support BDS

When an Israeli immigration officer looked her up online, that profile page was the first site that appeared. She has been in detention since, while appealing against her deportation order, because, in the words of anti-BDS crusader Strategic Affairs Minister Gilad Erdan: "Lara served as president of a chapter of one of the most extreme and hate-filled anti-Israel BDS groups in the US. Israel will not allow entry to those who work to harm the country, whatever their excuse."

As her case made international news, with major newspapers and television stations reporting on it, the global discussion focused on whether Alqasem does or does not support BDS, with Erdan offering a compromise: he would allow her into the country, so she can pursue her studies at Hebrew University, if she apologised and renounced her support for BDS.

"If Lara Alqasem will tomorrow in her own voice, not through all kinds of lawyers or statements that can be misconstrued, say that support for BDS is not legitimate and she regrets what she did, we will certainly reconsider our position," Erdan told a radio interviewer.

BDS as a strategy

While we can only support a Palestinian-American’s desire to study in her ancestral homeland, demand her immediate release from detention, and denounce Israel’s discriminatory policies, we must not let the personal details of the case derail from the larger issue: BDS as a strategy to achieve civil, political, and human rights for all Palestinians, and Israel’s concerted attack on this movement.

Indeed, the president of Hebrew University, Asher Cohen, has offered to help Alqasem's appeal, citing anti-BDS efforts as his motivation. "What's being done regarding this student hurts our activities against BDS," Cohen said, thus basically acknowledging he is more interested in fighting the global campaign for justice than in helping any particular student.

We must not let the personal details of the case derail from the larger issue:  BDS as a strategy to achieve civil, political, and human rights for all Palestinians, and Israel's concerted attack on this movement

"She [Alqasem] wants to come here and learn. For a year ... She says she’s coming to study for a year. ... That activity of hers is against BDS."

A Haaretz editorial, calling for her immediate release, also sought to exploit her circumstances to undermine BDS. Alqasem, the editorial states, "should be released immediately and Erdan's secret thought police eliminated. This must be done before boycott activists have another excellent reason to call Israel a benighted country."

Alqasem's Hebrew language teacher at the University of Florida, Dror Abend-David, responding to the editor of Haaretz, also wrote: "Apparently the fact that she chose and was accepted by Hebrew University in Jerusalem demonstrates that she wasn't boycotting Israel.

"When she told me that she was about to study in Jerusalem, I understood from her that she had simply chosen the best program in the academic field that she was in. The State of Israel, which takes pride in the academic system that it presents to the world, needs to act accordingly."

And Alqasem's Israeli lawyer, Yonatan Ben-Hillel, claimed: "We’re talking about someone who simply wants to study in Israel, who is not boycotting anything."

Yet in the final analysis, as Ali Abunimah points out, Alqasem's desire to matriculate at Hebrew University undermines the academic boycott of Israeli institutions called for by the Boycott National Committee.

Meanwhile, the US Campaign for the Academic and Cultural Boycott of Israel (USCACB) recently launched a campaign to end Study Abroad programmes in Israel because they are inherently discriminatory against students of Arab descent, and because they violate the academic boycott of Israel.

"The global BDS movement is opposed to international study in Israel," said the campaign statement.

"USACBI encourages students in the US who want to enroll in academic programs in the region to explore options at Palestinian universities."

The campaign pointed out that Alqasem’s week-long detention at Ben Gurion Airport was "an example of Israel’s discrimination against Arab Americans and illustrates that study in Israel is not equally accessible to US students and is undertaken at some risk for many".

The campaign described the Israeli government's demand that Alqasem denounce BDS as a condition for possible entry into Israel as a form of "ideological coercion" and a "scandalous example of Israel’s efforts to extort from Palestinians in detention statements aimed at undermining Palestinian national interests".

Study Abroad programmes in Israel, according to USACBI, also potentially violate the rights of US faculty and students.

"Some US students, faculty, and staff traveling to Israel for such programs risk discrimination and harassment based on protected categories such as religion and national origin. It is well-known that Israel routinely denies entry to persons of Arab, Middle Eastern, or Muslim origin and subjects them to detention and harassment at borders, engaging unashamedly in racial profiling and effectively declaring such travelers suspect in advance."

In a related case, on Wednesday, Palestinian advocacy groups denounced the University of Michigan for reprimanding a professor who refused to write a letter of recommendation for a student looking to study in Israel.

John Cheney-Lippold, an associate professor of American culture, had agreed to write the letter, but later declined after finding the student was planning to study in Tel Aviv. The professor is engaged in an academic boycott of Israel amid its human rights abuses against Palestinians.

According to Detroit News the university would not grant Cheney-Lippold his annual merit-based pay rise for this academic year and will freeze his sabbatical for the next two years.

Alqasem’s court hearing was on Thursday morning, and she is back in detention awaiting the verdict. There is no word as to when this will be issued.

Whatever the outcome, this case is proving to be a public relations disaster for Israel, as it shows that even "liberal Zionists," those who support Alqasem's admission in the country, also promote ideological exclusion. Israel is indeed the "benighted country" the BDS activists claim it is.

Photo: US student Lara Alqasem sits for a hearing at the Tel Aviv district Court on 11 October 2018 (AFP) 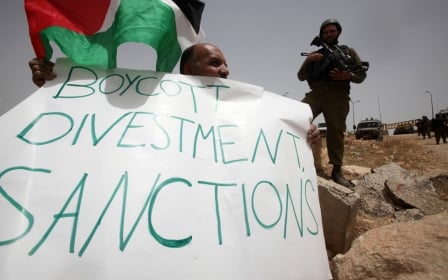