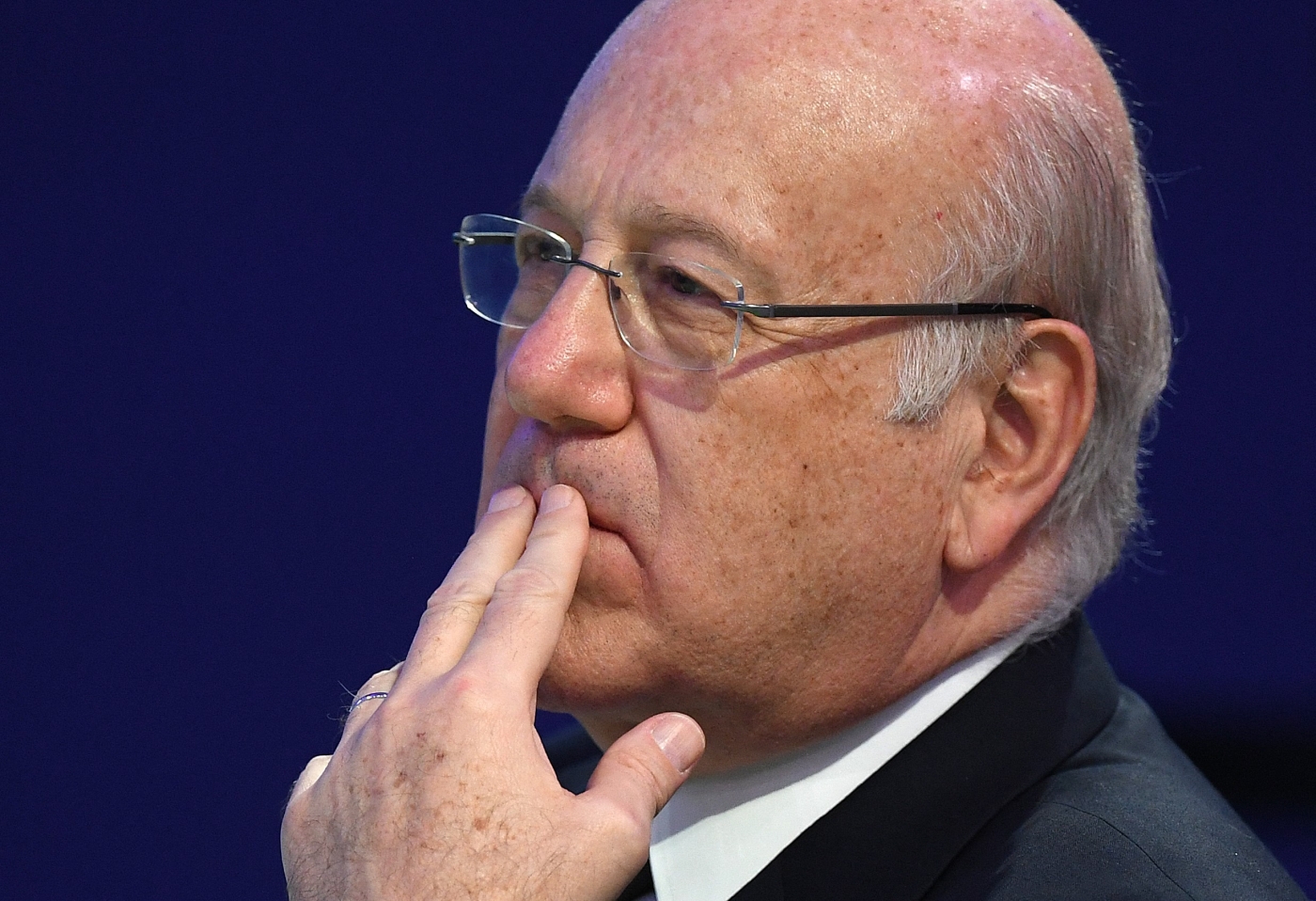 Lebanese people have always shown extraordinary resilience in times of crisis. And there have been many, including the civil war in the 1970s and 1980s and the conflicts with Israel in 1978, 1982 and 2006. That resilience was based on its entrepreneurial talent at home and in an industrious diaspora in all corners of the globe.

This was all true, until today. Lebanon’s economic and financial crisis, which has been building for several years, and which is entirely self-inflicted, has put this resilience to its hardest test. Since October 2019, Lebanon’s internal collapse seems unstoppable. The country has reached rock bottom and is still digging.

US financial sanctions aimed at punishing Hezbollah have further complicated the crisis, which is all down to a corrupt political and technocratic class that has the country in its grip.

The financial and banking system, once the flagship of the country and a vital lung for its economy, has essentially decided to commit suicide, and it is dragging the entire country’s population, which has seen its bank deposits frozen, into the abyss. Even in Damascus the situation now seems better than in Beirut.

To make a dramatic situation even worse, an incautious interview by Lebanese Information Minister George Kordahi criticising Saudi Arabia’s stance in Yemen prompted Riyadh to break diplomatic relations with Beirut. Saudi Arabia was followed by Kuwait, Bahrain and the United Arab Emirates, who recalled their ambassadors.

For over a decade and a half, the international community's commitment to Lebanon has progressively moved from active involvement, as witnessed during the 2006 war, to hopeless resignation.

No matter how dire the situation is, Lebanese power brokers have persevered in a zero-sum game. They engage in posturing and exchanging vetoes, cronyism, corruption and useless mediation. Only France still shows a determination to prevent a definitive collapse. Italy, which played a leadership role during the 2006 war, now seems absorbed by other priorities; the same appears true for the US. 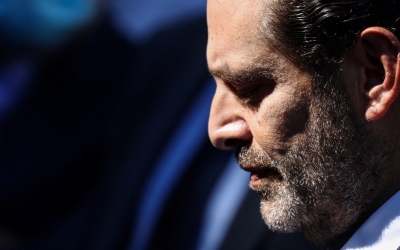 Yet, considering how important the economic relationship between Lebanon and Saudi Arabia has been for decades, though this relationship has waned in recent years, Riyadh’s disaffection has proved to be the final blow.

On 4 November, the London-based and Saudi-owned Al Arab newspaper ran an editorial spelling out that Saudi Arabia had abandoned Lebanon and its Sunni community, that it no longer trusted the former premier Saad Hariri, nor his ambitious brother Bahaa. And neither did it trust the current prime minister, Najib Mikati.

The Saudi Diwan considers the controversial Christian politician Samir Geagea, a former warlord, as its new proxy in the country.

All the other stakeholders - Iran, other Arab countries, and Turkey, which aims to replace Saudi Arabia as the benefactor of the Sunnis -  seem to have concluded that the only way to save Lebanon is to wait for - or even accelerate - its collapse and then start to rebuild from scratch.

The irresponsible behaviour of the Lebanese ruling parties, and their unforgivable reluctance to help others to help Lebanon, has been the main driver of such cynicism.

However, the international community is not exempt from criticism.

From 2005 onwards, the centre of Lebanon’s political crisis has largely been a diabolical pact: the political establishment, mainly revolving around Saad Hariri and Central Bank Governor Riad Salameh, has recklessly managed the country’s resources and finances.

Elaborate Ponzi schemes that enriched the political elite have pushed it to the brink of default. In parallel, Hezbollah left Hariri and his partners to misgovern the country and in exchange was allowed to take progressively more control of security policy.

The Sunni community, which is constitutionally called upon to nominate the prime minister, has been unwilling to choose an alternative to Hariri for the most important political office in the country.

Western and Arab countries, fully aware that Lebanon - a country hosting roughly two million Syrian refugees - was running headlong into the abyss, and committed to restraining what they perceive as Hezbollah’s power over security levers, did not lift a finger to encourage any political change inside the Sunni community.

Western chancelleries have always preferred to interact with only a single interlocutor for each Lebanese confession and the only name floated for the Sunnis has been Hariri.

A blessing for Hezbollah?

Some western observers suggest that such myopia has been a blessing for Hezbollah. It has allowed the movement to corner and pocket Hariri and, with him, the Sunni community. This has only partially succeeded with the Christian community, because it has always had a plethora of parties and leaders: Michel Aoun, Gibran Bassil, the Gemayels, the Frangiehs, Geagea, and so on.

The international stakeholders’ lazy preference for a single address has been damaging to democracy, at least inside the Sunni constituency. The net result has been that new Sunni leaders have always been struggling to emerge; and even when they succeed (for instance with Osama Saad and Fouad Makhzoumi), they have been either ignored or systematically thwarted and marginalised by the die-hard establishment.

Unlike Saudi Arabia, which finally understood that Hariri was a liability, the US and France have continued to put all their eggs in Hariri’s basket

The Lebanese democratic process, then, ended up emptied of all meaning and led to the current political vacuum the Lebanese people are now desperately struggling to remedy.

Unlike Saudi Arabia, which finally understood that Hariri was a liability, the US and France have continued to put all their eggs in Hariri’s basket, oblivious to two fundamental facts.

Firstly, for more than a decade Hariri has been Hezbollah’s main partner and accomplice in power management; and secondly, it was during his governments (and the ones of his clones Fouad Siniora and Tammam Salam) that Hezbollah's influence grew in some branches of the security services and at some of the main entry points into the country.

Mikati not the solution

Hariri's fall from grace in the Saudi royal court has been so precipitous that he should now be seriously considering not running again in next year's elections. If Washington and Paris believe that the current premier, Najib Mikati, is the valid alternative, they should think again. Mikati has always been part of the establishment and is not the breath of fresh air that Lebanon needs. He is not the man to turn Lebanon’s page.

Lebanon’s future will depend, among other issues, on the Sunni community’s ability to break free from previous patterns and to support new, uncompromising leaders at the ballot box next year.

The least the international community could do right now is to support the Sunnis in this non-deferrable change. 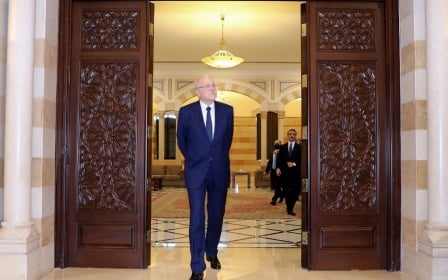 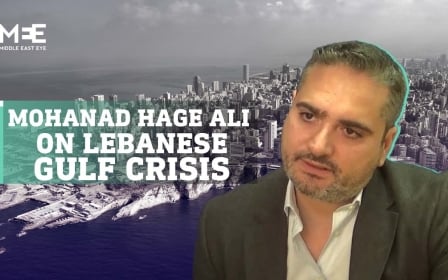 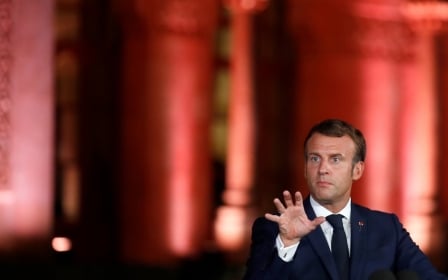