Lebanon's Oscar hopeful: An insult indeed - to the Palestinians

Fadia Elia
In the film Lebanese are depicted as ever benevolent, while the Palestinians are aggressive and entitled 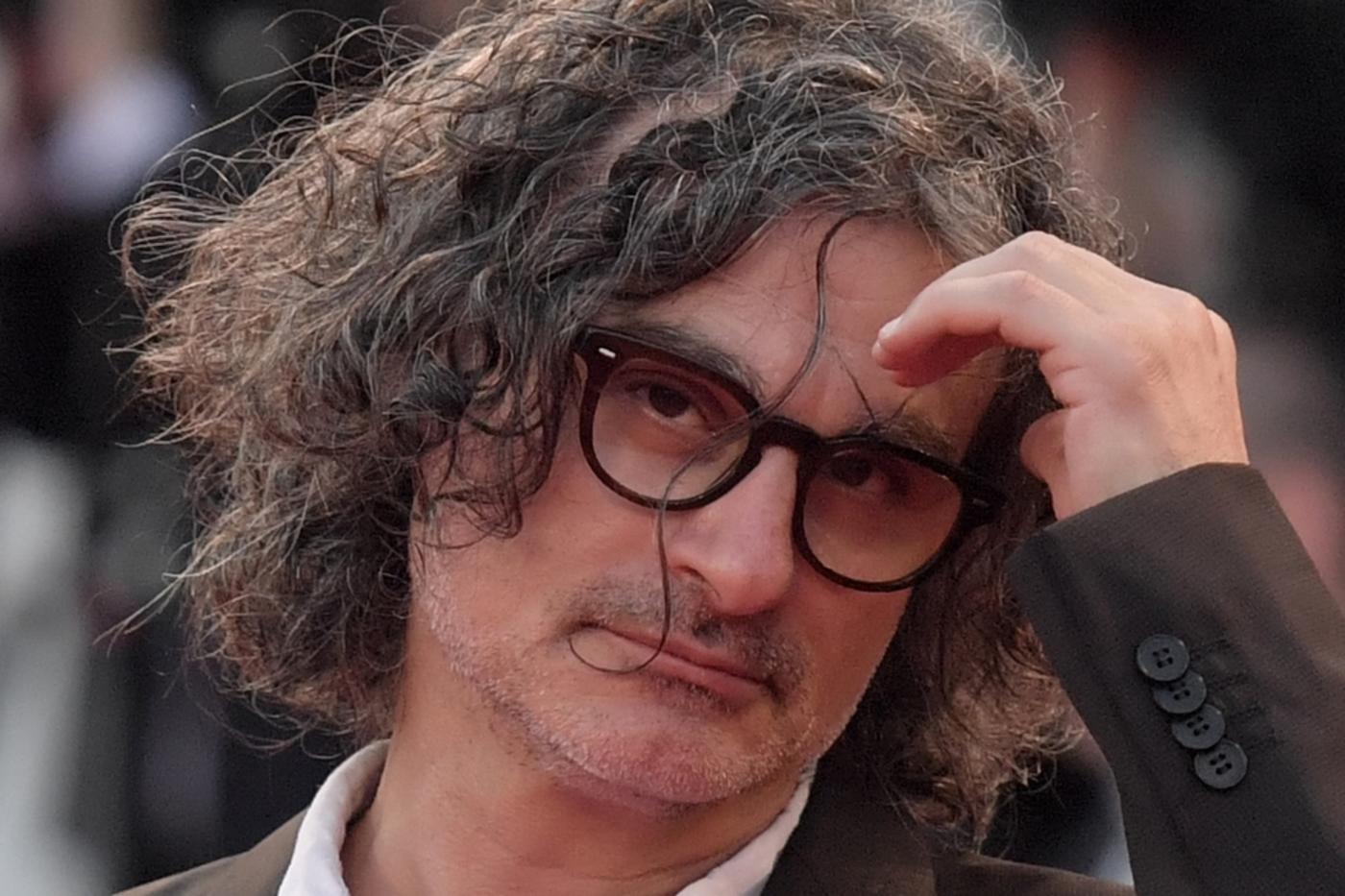 Like many of my generation who lived through the Lebanese civil war, I had looked forward to watching The Insult, a movie by Lebanese director Ziad Doueiri that recently received nomination as Lebanon's first ever entry in the Oscars.

Most viewers agreed the movie was excellent, fair and balanced. After seeing it twice, I agree with my friends who had warned that it hurt. To myself - and anyone with a drop of Palestinian blood in them - it is unfair. It is an insult indeed, one to Palestinians.

The storyline, set in contemporary Beirut, starts out as Yasser, a Palestinian immediately recognisable through his accent and giveaway name, who works as a foreman, attempts to impose a municipality regulation about gutters on Tony, a mechanic from the Christian Lebanese Forces (the self-proclaimed yet disputed representatives of all Lebanese Christians) who lives in Fassouh, a Christian neighbourhood in Beirut.

Municipality regulations are largely ignored in Beirut, yet Yasser and Tony fight over the gutter and Yasser calls Tony "Arsa" or pimp, a serious insult.

Tony demands an apology from Yasser through his boss. Yasser goes to Tony's shop to apologise, only to overhear Tony listening to an incendiary speech by civil war militia leader Bashir Gemayel about the "vermin" that Palestinians have become in Lebanon, and the need to kick them out.

Instead of an apology taking place, Yasser and Tony exchange angry words. Tony yells at Yasser that he wishes (Israeli PM) Sharon had obliterated them. At that, Yasser punches Tony, breaking two of his ribs.

The movie provides no balance between the two protagonists, showing Yasser, the Palestinian, as relatively privileged, while Tony’s life is punctuated by suffering, mostly at the hands of the Palestinian

Tony presses charges for assault. A case is heard in court where Yasser pleads guilty. Largely because of Tony's behaviour in court, not unfair to Yasser but including wishing aloud that he (Tony) were Palestinian, because the system is biased in their favour, the judge finds Yasser not guilty. Tony appeals.

It is mostly through what Tony's Lebanese Forces lawyer argues in court, or rather what he is allowed to state regardless of relevance to the case, that the movie is unfair to Palestinians. The Lebanese Forces is a Christian party that has been involved in civil war atrocities and is headed by Samir Geagea.

Tony's lawyer is out to prove that his client's words, which preceded and provoked Yasser's assault, are understandable and justified. That, as a premise to the platform the Lebanese Forces are afforded in the film, in itself is unfair.

It is Yasser's assault and its consequences for Tony that is at issue, not Tony's words. Nevertheless, many statements, irrelevant to the issue and totally prejudicial to Yasser, are allowed to be uttered and recorded.

Obviously, this is for the benefit of cinema goers, who are passive recipient of this biased narrative.

To cite only some of that vitriol, Tony's lawyer ridicules the Palestinian cause, naming many other worthy causes, including that of green grocers, to state that the Palestinians have forced the world to consider their cause as "sacred".

In fact, he argues that Yasser's acquittal would be solely due to the “sacred” cause. Tony’s lawyer goes on to cite, without any objection raised or interference, except too late, when the hatred has been expressed, every "war" the Palestinians have triggered and lost.

Thus, they are accused of having tried to unsettle and take over Jordan in 1971. In response, Yasser's lawyer gives lip service to Black September, the carnage of Palestinians in Jordan.

The most severe misrepresentation, however, must be the de-contextualised 20 January 1976 Damour massacre. To justify Tony's hatred, his lawyer reveals that he was a survivor of the killings.

Graphic depiction of the Damour massacre - when civilians in the mostly Christian town were murdered by a coalition of Palestinian militia and leftist Lebanese forces - is allowed in court.

Considering the regional and global power dynamics, the movie is indeed an insult to Palestinians and to truth-telling. But, there is no stopping justice

Tony would indeed be suffering of PTSD, since, as a child of six, he lived through the events of that day.

This is gratuitous testimony. Remember, Tony has nothing in the suit against him. Should the screenwriters have felt compelled to revive the memory of Damour, they owed viewers the history behind Damour.

A history of massacres

"Karantina", a massacre of Palestinian civilians by Phalangist and Ahrar militiamen, who later joined to form the Lebanese Forces, had taken place only two days prior to Damour, while Damour was under siege.

One could have easily weaved into the storyline a rape survivor of Karantina, a cousin or a sister of Yasser's, now living in the camp with him, to give a background to his own anger; or a survivor of Tel Zaatar, or Sabra and Shatila. Those massacres are not given a human face, let alone mentioned.

The movie provides no balance between the two protagonists, showing Yasser, the Palestinian, as relatively privileged, while Tony's life is punctuated by suffering, mostly at the hands of the Palestinians. Thus, we see that Yasser has it pretty good in Lebanon.

He lives in a camp, true, but he has comfortable quarters. The Palestinian flag is raised by everyone there.

He practices his religion freely. He has a loving Lebanese wife, who happens to be Christian (So much for allowing Lebanese women to pass on citizenship to their husbands. Look what they'd drag in). Yasser is offered a good job in Lebanon, where he should not have the right to work.

Tony hurts daily because he is psychologically unable to go home to Damour. He is confronted over his gutter by a Palestinian, who eventually punches him, sending him to hospital. His injuries prevent him from carrying heavy loads, yet Tony needs to work to pay his bills.

He ends up carrying a car battery, and loses consciousness. When his pregnant wife finds him, she is herself affected, as she goes into early labor, endangering the baby's life.

Whereas Tony patiently leaves matters to the Lebanese justice system, the Palestinians engage in aggressive behaviour. While the appeal is going on, they harass Tony with threatening phone calls at his home late into the night, they draw a Star of David on his workshop, and they presumably bump him with a motorcycle while he is walking in his own neighbourhood with his wife, causing him to fall.

The court rules in Yassir's favour. By now, this should come as no surprise to the viewers. We had heard enough from the screenwriters about how when both Lebanese and Palestinian suffer, it is the Palestinian who gets the spotlight. We heard from Samir Geagea, head of the Lebanese Forces militia, that the winner gets to write history at the end.

And still, the Lebanese are depicted as ever-benevolent while the Palestinians remain ingrate. One day, Tony and Yasser are alone on neutral territory and Yasser’s car does not start. Tony walks over to him and fixes it for him.

Considering the regional and global power dynamics, the movie is indeed an insult to Palestinians and to truth-telling. But, there is no stopping justice.

- Fadia Elia is both a Lebanese and US citizen of Palestinian descent. She grew up in Beirut then went to law school in the USA. She is currently working on a novel about the Lebanese civil war. 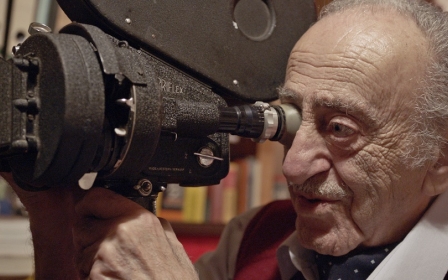 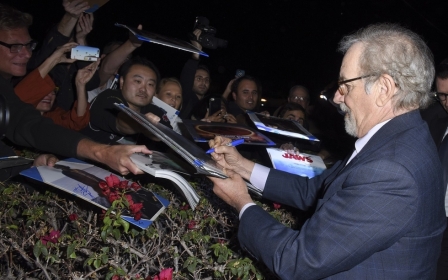