A lesson from the pharaohs on Egypt's persecution of religious minorities

Rania al-Malky
The state's inability to protect Copts, its imprisonment of Brotherhood members and now its willingness to ship Uyghers back to China prove that Egypt has officially plunged into a black hole of intolerance 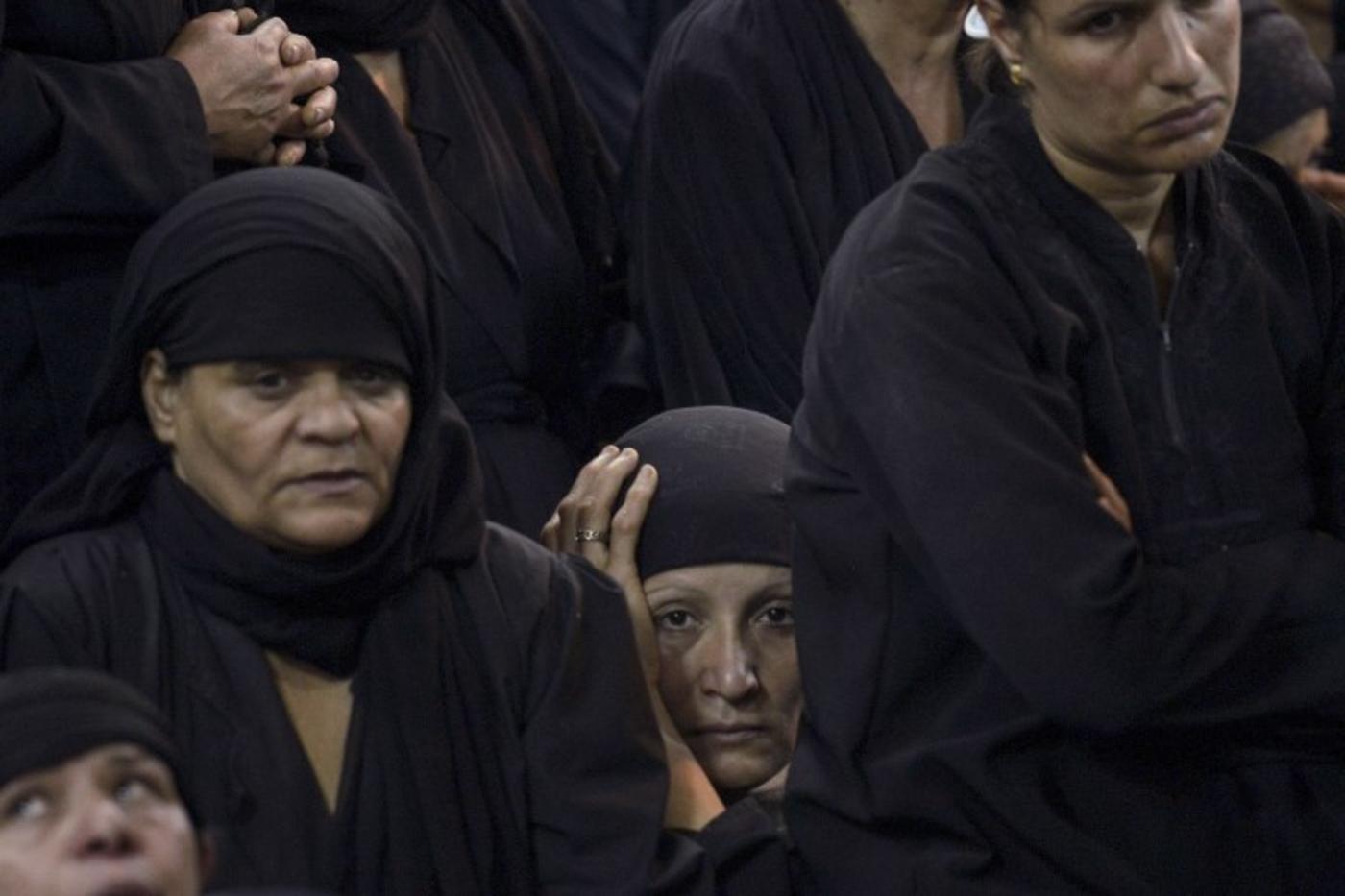 When Moses first received the divine message at the Burning Bush, years after a self-imposed exile from Egypt, his first mission was proof of a basic law of physics: that the shortest distance between two points is a straight line.

Allow me to explain.

If Moses were alive today, he would probably be pleading on behalf of not just the Israelites, but of hundreds of Muslims, Christians and Uyghur Chinese

After showing Moses the miraculous powers He had bestowed on him, God commands his messenger to go straight into the lion’s den; to confront a raging Pharaoh bent on having him executed. His demands: that the Pharaoh submit to the one God, his creator, and release the Israelites from bondage.

But Pharaoh, the epitome of the arrogant mortal complete with pathological illusions of grandeur, has the audacity to challenge his maker. He summons 20,000 of his best sorcerers to publicly shame Moses and “prove” his own godhood.

In the most spectacular of miracles, Moses strikes the bank of the Red Sea with his staff. It splits open and the Children of Israel are given a path to cross to safety. Still the tyrant and his army follow them, blind to the obvious fact that the God who split the sea to save the Israelites can drown him in an instant.

The rest is history. And for 2.50 Egyptian pounds, you can walk through some of it at the Antiquities Museum in Tahrir Square. For another EGP4.50, you can even see Pharaoh’s mummy, as dead as they come for a mortal who claimed to be God.

If Moses were alive

Not much has changed since then. But if Moses were alive today, he would have probably been pleading on behalf of not just the Israelites, but of hundreds of Muslims, Christians and in a latest addition to the list of shame, Uyghur Chinese, members of a 10-million strong ethnic group that is mostly Sunni Muslim and lives mainly in the western Chinese region of Xinjiang.

In an 8 July report, Human Rights Watch’s Middle East director Sarah Leah Whitson said that the “Egyptian authorities should halt this outrageous round-up of Uyghurs … living in Egypt” who “should be free from fear of arbitrary arrest and deportation to a country where they risk persecution and torture".

According to news reports, tens of the Turkic-speaking Chinese Muslims, mainly students at Al-Azhar University, Sunni Islam’s seat of Islamic scholarship, have been arrested and deported, despite possessing valid residency permits.

The deportations were apparently part of a security agreement between Egypt and China signed in June to exchange information on “extremist organisations”.

The Chinese government’s pretext for its blatant human rights violations against the Uyghurs are eerily reminiscent of Egypt’s anti-Muslim Brotherhood propaganda.

In a March 2017 report, HRW said that Chinese courts convicted 1,419 mostly Uyghurs in 2015 under its counter-terror laws without disclosing details about protests, violence and counter-terrorism operations.

HRW’s July report warns that China’s record of “arbitrary detention, torture and the enforced disappearance of Uyghurs, as well as the politicised nature of judicial proceedings in past cases of forced repatriation, raises serious concerns that if deported, these individuals will be at risk of torture and other ill-treatment".

It could appear ironic for an administration like Egypt’s that openly flouts local and international human rights laws should be so keen to abide by a bilateral “security agreement” with China.

But for Egypt, such policies are no surprise. In fact, given the high risk of persecution that the Chinese deportees face on their return, they chime seamlessly with Egypt’s policies against its own vocal Muslims and Copts alike, relegating thousands of Muslim Brotherhood members and their “sympathisers” – that is anyone bold enough to disagree openly with the actions of the military coup leaders currently in charge – to endless prison terms without due process.

And while Egypt’s Coptic minority may not necessarily be facing the same kind of oppression or direct persecution faced by the Brotherhood, they remain victims of the administration’s systematic failure to protect them.

Coup leaders have intentionally perpetuated the conditions of radicalisation that have led to a misinformed societal backlash against Egypt’s Copts, perceived as part of a broader conspiracy against the country's Islamic identity.

This abject failure to uphold human rights in general and the right to the safe practice of religious rituals led churches last week to suspend pilgrimages, holidays and conferences for the remainder of July and August. To add insult to injury, this decision was based on advice from the authorities who warned the Coptic community against possible attacks by Islamic militants.

Implicitly, the administration is confessing not only to its inability to protect its own citizens, but also to its failure to stamp out an insurgency that has plighted the country’s Sinai region for years and has recently reached the heart of the capital and the second largest city in fatal attacks in May.

If anything, the latest developments prove that Egypt has officially plunged into the black hole of religious intolerance amid the broader xenophobia informing its security policies.

Egypt’s leaders should heed those profound lessons from the divine history of its own land.

They must remember that even the great Pharaohs, who built ancient wonders of the world and whose advanced civilisation may have surpassed modern-day science, are now on display in a dilapidated museum for EGP4.50 a ticket.

Ironically, that very museum is just a few feet away from the site of a noble uprising whose victims may not end up on display, but who will continue to inspire generations to come.

Photo: Relatives of killed Coptic Christians grieve as they gather during the funeral at Abu Garnous Cathedral in the north Minya town of Maghagha in May 2017 (AFP).