Mattia Toaldo
Libya’s would-be strong man has a plan in case there is no unity deal. Will the US and Europe acquiesce? 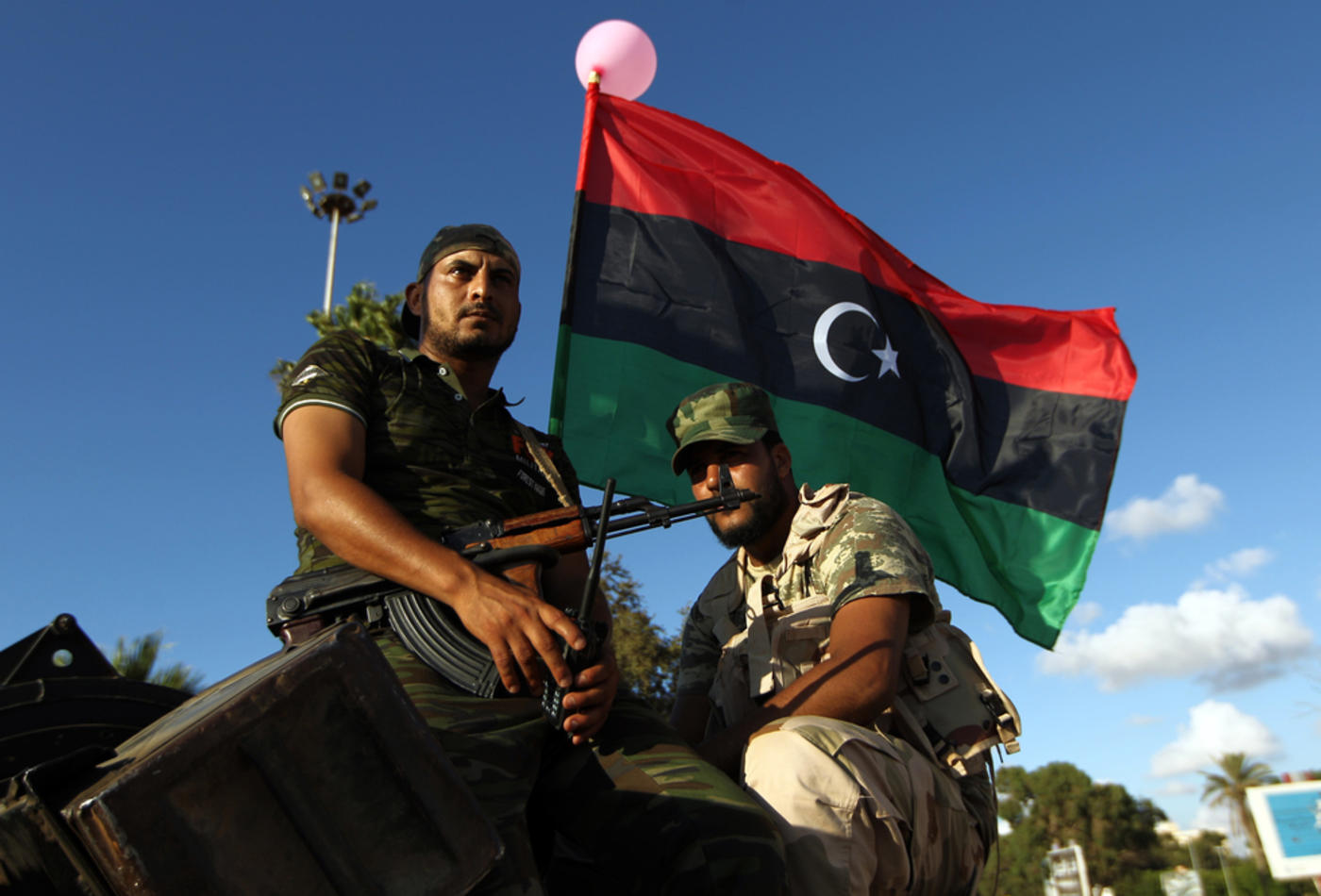 For months, the UN-led dialogue for Libya seemed as if it were the only game in town. However, as we approach the moment of truth, an alternative plan emerges and its main actor could be the man who started the current conflict in Libya, namely retired general and now head of Libya’s armed forces Khalifa Haftar.

Haftar’s plan would either scuttle or stall the talks while continuing the de facto partition of the country and granting him stronger control in the internationally recognised government in Tobruk.

The UN Special Envoy Bernardino Leon has set successive deadlines during the summer as he was under pressure from Western capitals to deliver a national unity government. The final deadline was meant to be 20 October, the day in which the mandate of the internationally-recognised parliament (the House of Representatives sitting in Tobruk - HoR) expires, potentially creating a power void. Not by chance, one of the main elements of the successive drafts of the “final” deal was the extension of this mandate in order to put Libya’s transition back on track and only then hold new elections.

But the extension of the mandate of the HoR was due to be agreed between all the factions, most notably with the rival “parliament” in Tripoli, the rump General National Congress. On Monday night, after a day of negotiations in Skhirat, Morocco, over the names of the new national unity government, the parliament in Tobruk approved a constitutional amendment which extends its own mandate until a new body is elected. But because of the current security situation, elections are far on the horizon and this is not lost to anyone in Libya.

On Tuesday, many in Tobruk tried to explain that Monday’s vote was meant just to avoid a power void in case negotiations went beyond the 20 October deadline and that the parliament’s commitment to dialogue is unchanged. Libya analyst Alessandro Pagano argues that eliminating the possibility of a power void strengthens the parliament vis-á-vis any attempt to declare a state of emergency after 20 October.

In the past weeks, the Tobruk camp had discussed several contingencies in case the deadline for talks was not met and a unity government was not formed. One of them was precisely to vote for an extension of the mandate within the HoR instead of agreeing that with other factions. The other options included conferring all powers to a temporary president or declaring a state of emergency with a military council governing the country - or more precisely, the part of Libya controlled by Tobruk.

Looming over these scenarios was the figure of Haftar, ever more trying to become the strong man of Libya. It is not a mystery that should the “military council” option prevail, he would be in charge. By reading the latest UN draft of the agreement, one also understands why he would have a strong motive to oppose a peaceful settlement: Article Eight of the “additional provisions” establishes a procedure for the “reset” of the current military leadership, which means that Haftar would very likely lose his job.

Haftar is not new to attempts to scuttle the deal. Yet, the possibility of a power void after 20 October afforded him a further opportunity: that of establishing a firmer hold on Tobruk’s power structure. To do that, he had to draw a line in the sand with Prime Minister Abdullah al-Thinni and clarify who is really in charge. In recent weeks, the movements of the civilian leader of Tobruk had been severely constrained with at least two occasions in which he was denied the freedom to fly out of the country for international meetings.

Last weekend, the two met at Haftar’s headquarters in the eastern city of al-Marj. The agreement they reached establishes Haftar’s “oversight” over Thinni’s cabinet. From now on, the names of the minister of defence and of the minister of the interior will have to be “agreed” by the two. A peculiar agreement if one thinks that theoretically Libya is due to have a national unity government in less than two weeks.

In fact, Haftar wants to be sure that he would be in charge in all of the different options stemming from the failure of the UN-led talks to meet the 20 October deadline: either by heading a military council or by having the civilian government under his “protection”. The second option, namely the continuation of at least the fiction of a civilian government, would make it easier for Haftar to acquire another important element, continued international recognition for Tobruk as the legitimate Libyan government.

He must have been disappointed when he read the joint statement by the US and several European countries (including Turkey) on Tuesday which emphasised how the agreement to be reached by 20 October “will also grant legitimacy to the institutions of the future state of Libya. Any step which jeopardises this agreement is unhelpful”.

It is not clear what the line will be if this deadline is not met. In the meantime, Haftar and his regional patrons (particularly Egypt) will have to work hard to confirm Tobruk as the world’s fall-back option in the absence of a national unity deal. To this end, he could probably count on Egypt and maybe on Russia, with a number of Arab countries likely to follow but others like Tunisia and Algeria strongly opposed to this outcome.

The Western reaction to Haftar’s not-so-secret plan will be very important in determining the future of Libya. International recognition does not only grant the right to appoint ambassadors and to sit at the UN. In the case of Libya it potentially grants access over financial and energy resources. Many in Tobruk hope also that in the future the recognised government will get a waiver on the UN arms embargo, as it happens for Yemen’s recognised government. Denying these benefits to any Libyan government not resulting from UN negotiations has been, until now, a strong incentive for all parties to join the talks.

Ultimately, the US and Europe would have little to gain from supporting (or not opposing) Haftar’s plan B. Continued recognition for Tobruk in the absence of a national unity deal would be a green light to de facto partition of the country that started in the summer of 2014. It would also imply that there would still be very little fight against Islamic State (IS), which is now trying to expand in the oil crescent. Finally, but most important for most European countries, they would be still left without a Libyan partner on migrations.

While they restate their commitment to the deadline, the US and Europe should start working on contingencies in case there is no agreement in two weeks. One option is to suspend recognition for any Libyan government until there is a unity deal while intensifying the talks, similar to what happened for Iran. In the meantime, they could address the humanitarian emergency in Libya through direct relations with local authorities, as the UK already does for Syria. Yet all of this could upset some of their most important Arab partners, starting with Egypt. The ultimate question western leaders will ask themselves is: is Libya worth straining relations with Cairo?

Photo: Libyan troops loyal to Khalifa Haftar, a retired general and former chief of staff for Muammar Gaddafi, sit on an amoured personnel carrier (APC) during a demonstration calling on the international community to arm the Libyan army on 14 August 2015 in the eastern Libyan city of Benghazi. (AFP) 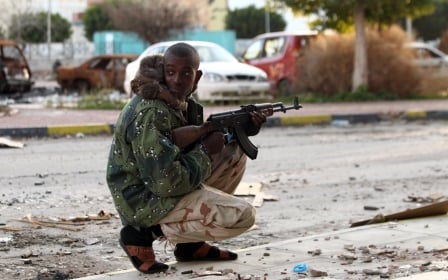