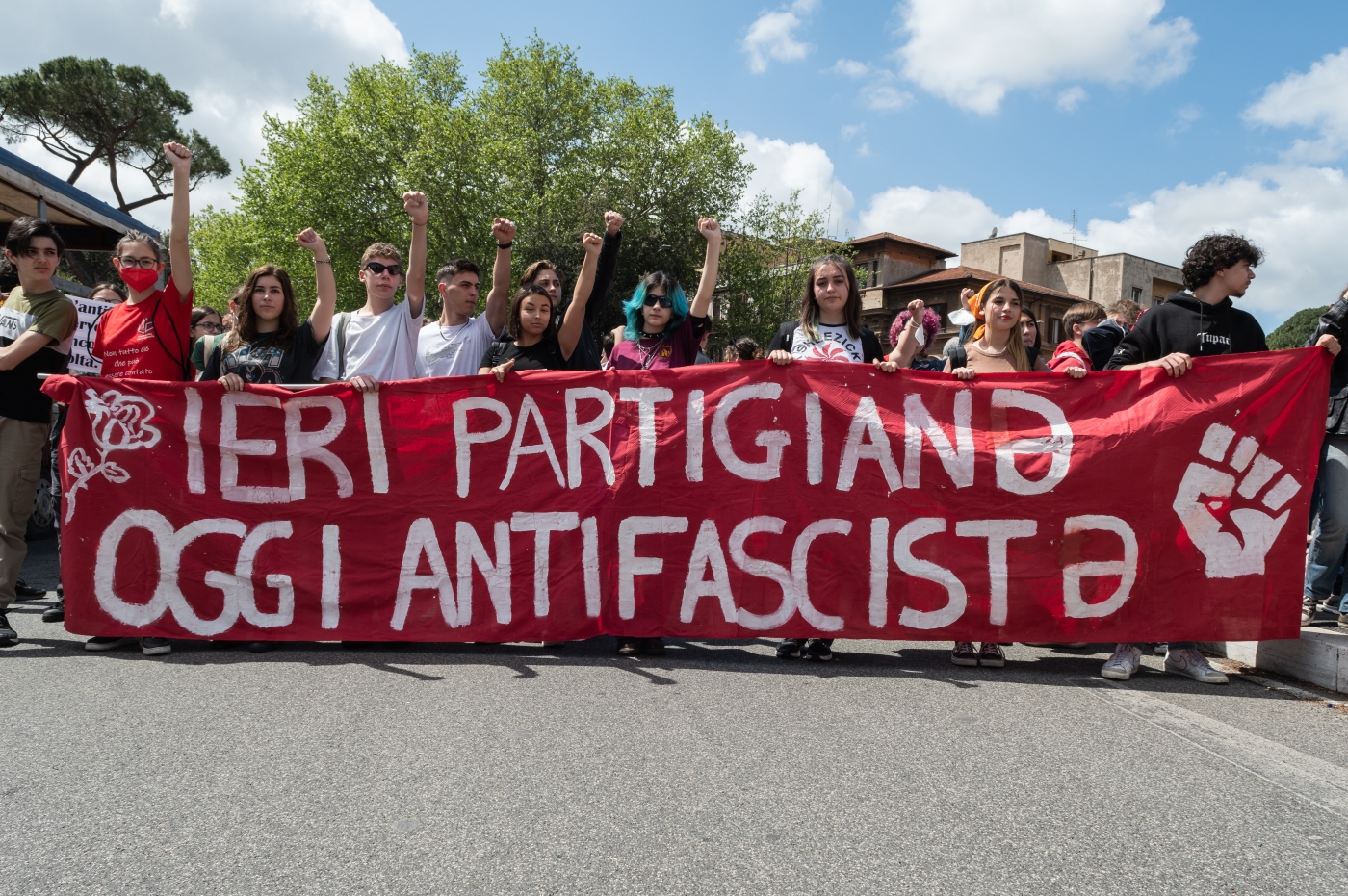 Marx once said that history occurs twice: the first time as tragedy, and the second as farce.

Italy’s recent elections on 25 September resulted in the rise of a proto-fascist coalition to power - a first since the demise of Benito Mussolini’s regime in 1945.

A vision of 'great replacement' had actually been attempted by Italian fascists in Libya, where a deliberate extermination policy was carried out

The new face of the far right in Italy, Giorgia Meloni - poised to be the first female prime minister in Italian history - ran on an anti-immigrant platform, and is a firm believer in the “great replacement” theory and the looming threat of the “Islamisation” of Europe.

Whether this watershed event will turn out to be a farce or yet another tragedy remains to be seen. What is sure is that fascism in Italy, despite having been whitewashed by many as benign, left a tragic trail of horrors particularly in Italy's colonial settlements in Africa.

A vision of “great replacement” had actually been attempted by Italian fascists in Libya, where a deliberate extermination policy of local populations was carried out to clear Libyan land for colonial Italian settlers to exploit.

It is this history that the 2020 seminal book, Genocide in Libya: Shar, A Hidden Colonial History, explores. In it, the Libyan-American scholar Ali Abdullatif Ahmida uncovers the long concealed genocide in Libya, while redeeming the oral history of the so-called people without a history.

By providing the oral testimonies of Libyan survivors of Italian fascism - their personal accounts, traditional songs and poetry - Ahmida provides a comprehensive description of the atrocities of colonial conquest and the violence visited upon the natives.

When Italian fascists took power in 1922, the colonisers needed to clear Libyan land - by force, if necessary - to be able to settle farmers from Italy. It took Italy over two decades (1911-1932) to fully control the country, which it referred to as La Quarta Sponda d'Italia, or the "Fourth shore of Italy''. 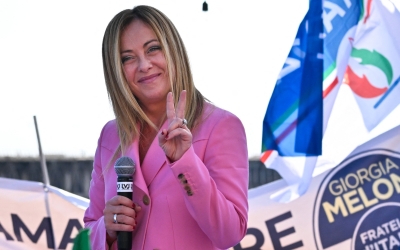 During that era, Italy’s policy of unleashing unmitigated violence to destroy the Libyan resistance and subdue the local population would result in the death of more than 83,000 Libyans.

Around 70,000 mostly civilians from the rural areas, including women, children and the elderly, died of starvation and disease.

This deliberate policy of mass killings and organised famine sought to annihilate an entire people and culture. It was followed by a successful campaign against historical memory: a systematic campaign to erase any historical records, as the Italian fascist government suppressed news about the genocide and destroyed material and historical evidence.

This orchestrated collective amnesia would continue well after the demise of fascist Italy in 1943.

Ahmida deconstructs the ideological mechanics of knowledge production and questions a historiography that deliberately and methodologically eclipses historical truth.

One powerful example is his establishment of a direct link between the Libyan genocide and the Holocaust, whose colonial underpinnings are rarely, if ever, examined.

Yet, Italian-sponsored Arabic-language publications from the colonial period reveal several visits to Libya from German Nazi officials who perceived the Italian fascists’ settlement methods as "successful".

According to Ahmida, “Badoglio was the architect behind the original plan to put people in concentration camps with extermination in mind”.

SS chief Heinrich Himmler also made an official visit to Libya in 1939 to see for himself the results on the ground. He infamously went on to set up the Nazi extermination camps and conceived the idea of the Final Solution: the Holocaust.

While challenging Eurocentrism in scholarship, Ahmida’s book does not stop at a critique of colonial theories of knowledge and history. It moves beyond it and towards reclaiming history and conceptualising a divergent narrative of a people, culture, and society, which reclaims agency outside of the hegemonic institutional frameworks of modern polity.

Besides deconstructing rampant Eurocentrism, which characterises the dominant academic research on genocide, the author points out the lack of historical scholarship on the subject of Italian imperialism and the extreme violence it enacted to subdue local populations in the colonies.

This stark contrast alone to the abundance of scholarship on Italian fascism is astonishing. Yet, it can probably be explained by the popular myth of "brava gente", which claims that Italians are essentially good people and therefore incapable of committing atrocities like other imperial powers, or even other forms of fascism.

It is as though Italian fascists could not be taken seriously like the Nazi Party in Germany. Even Mussolini is often portrayed as a buffoon, clown, or a trite dictator, rather than a manifestation of a dangerous ideological threat by a political movement based on the primacy of violence and conquest.

Yet, German Nazis were clear-sighted about the nature of Italy’s fascism from the outset. The extreme violence carried out against Libyans became a model for what they would end up doing on European soil. Their field visits to Libya were followed by books, conferences, and seminars on the Italian colonial experience both in Libya and Abyssinia (Ethiopia), where the Italians carried out a similar campaign of extreme violence.

These historical facts are significant in establishing a connection between colonial genocide and the Holocaust. It invites genocide scholars and readers alike to approach the Holocaust from a new perspective - Nazi Germany’s genocidal history being strongly correlated with fascist Italy’s: the two are inextricably linked and cannot be fully understood without the other.

Indeed, before Auschwitz and other death camps, there were the Italian fascist concentration camps in El Agheila, Slug, Braiga, and Magrun. Ahmida contends that the “entire constructed theory of genocide in Europe is myopic and false”.

The notion of moderate Italian fascism is still a widely accepted narrative of Mussolini’s legacy, and the case of Libya remains absent even from recent books on forgotten genocide.

Nevertheless, oral history and testimonies of the camp survivors managed to fill this historical lacuna.

This part of Libya’s history, which has only recently been uncovered, was systematically silenced by fascists colonisers - the effects of which linger today through self-inflicted amnesia and orientalist approaches that have pervaded the keeping of historical archives. 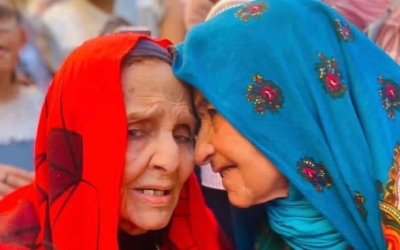 This orality provides an invaluable source of historical information on the Libyan case. A great achievement of this book is that it manages, through meticulous forensics, to unearth these lachrymal stories that Libyans have recorded in their native Arabic. It is thanks to the survivors' testimonies that an original history of the genocide could surface.

Ahmida’s book also sheds light on the politics of Libya post-independence in 1951, and its tumultuous history from the monarchy to the republic and the Jamahiriya, until the complete unravelling of the Libya state in 2011 with the Arab uprisings.

Even though the Italian colonisation of Libya was relatively short-lived (1911-1943), its extreme brutality left a deep scar in the collective psyche of Libyans and cast a gloomy shadow over its post-independence history.  The roots of the adamant anti-colonial ethos of Libya, and even more so during the regime of Muammar Gaddafi, can be traced back to this violent colonial experience.

I still remember my first encounter with Colonel Gaddafi, during our meeting at the Sirte peace negotiations of October 2007 on the Darfur conflict, and his long lectures on imperialism and the colonial experience in Libya and Africa.

I visited Libya several times before living and working there with the United Nations in 2011. There, I had long discussions with Libyan friends, tribal elders in the Marbua – traditional tribal and social gatherings - as well as high officials of successive Libyan governments, on the issue of state-building and the formation of the modern state.

The fact is that, not unlike other places with violent colonial experiences, the modern nation-state was brought in through the barrel of a gun. Its legacy of brutality and violence undermined in a fatal way its legitimacy in the eyes of the local populations, despite the claims of progress and modernisation by the regimes.

The failed international efforts in state-building and, ultimately, peace-building in post-2011 Libya can be partially explained by the lack of understanding of this important fact.

To question the not-so-obvious essential nature of the nation-state and the legacy of Libya’s past, both at the societal and institutional levels, is a good start to understanding its present and the structural causes of state collapse after the 7 February 2011 Libyan uprising.

Given the recent political earthquake in Italy and the gradual return of fascist movements in Europe and elsewhere, it is high time that a seminal scholarly work sheds light on the legacy of Italian fascism and the forgotten Libyan genocide, and refutes the myth of benign fascism. Ahmida’s monumental study does just that.

Younes Abouyoub is currently a visiting research scholar at the Department of Political Science, University of New England in Maine. He holds a Ph.D. in political sociology and M.As in Law, and Geopolitics. He is a frequent media commentator and previously worked with the United Nations in Libya post-2011, as well as in several conflict zones around the world. He published numerous scholarly articles, op-ed articles, and contributed to edited books, including A Season of Migration to the West: The Arab-Muslim Diaspora in the United States: Political Ethos and Praxis, in New Horizons of Muslim Diaspora in North American and Europe, Palgrave MacMillan, New York, 2016; a chapter titled ‘Islam and politics in Contemporary Libya’ in the Maghreb-Machrek journal (2015). 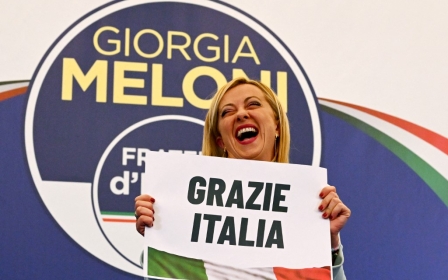 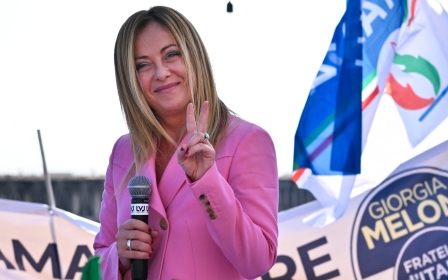 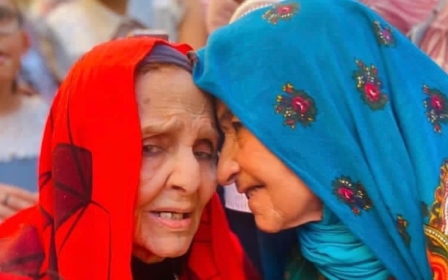