Local elections in Tunisia: The last hope for real change

Intissar Kherigi
Postponing local elections means that Tunisians are left with unelected and unaccountable local councils, but more importantly it poses a real threat to the only democratic transition in the Arab world 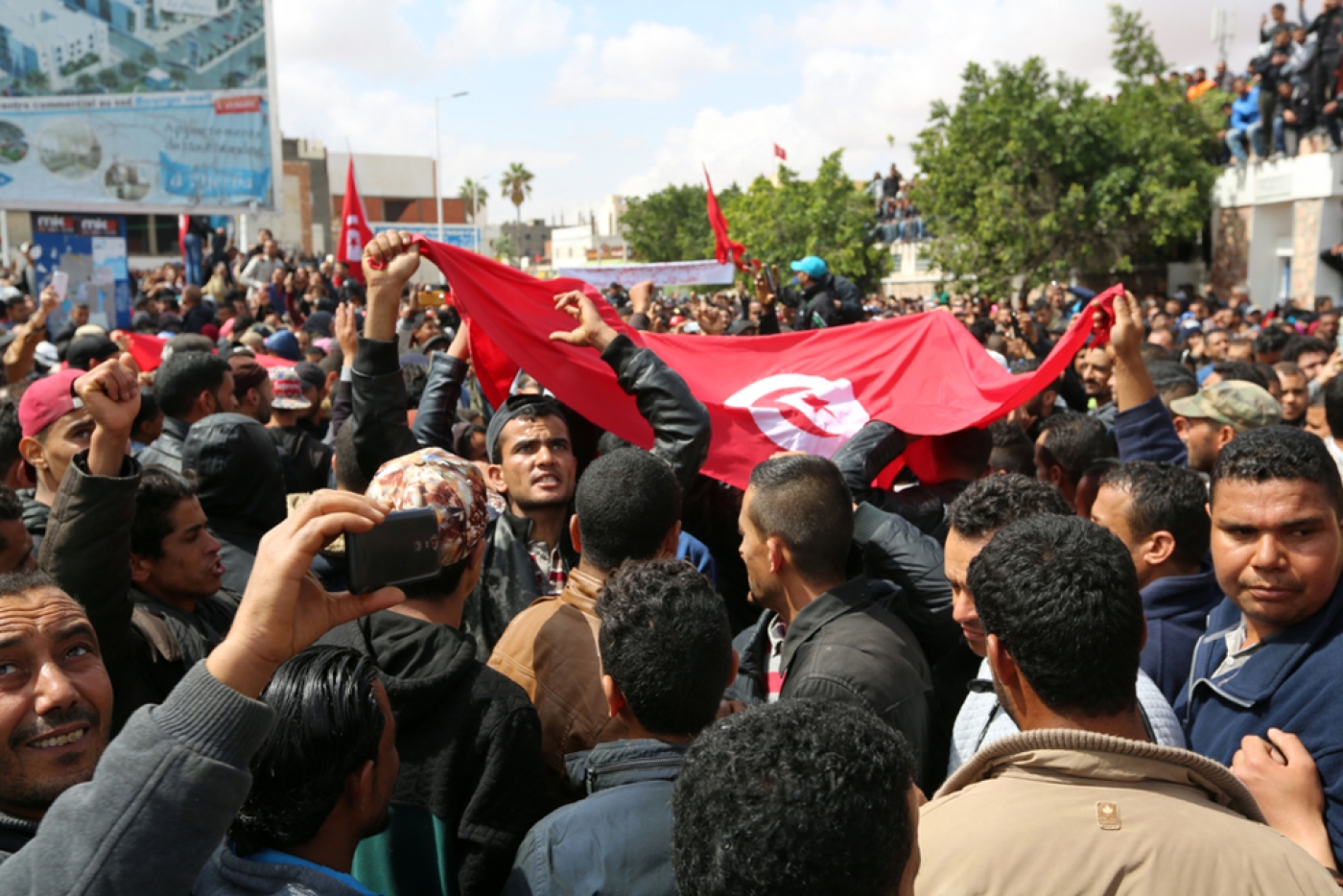 As usual, recent news coverage of Tunisia betrayed the international media’s fixation on religion, and Islam in particular, when covering the Arab world, while neglecting issues that have a far greater impact in shaping people's daily lives.

Tunis, the capital, controls an overwhelming 96 percent of public spending while local governments control only four percent, compared to the global average of 15 to 35 percent

Last week, local elections due to be held on 17 December were postponed for the fourth time. Originally planned for March 2016, these elections are a major pillar of the democratic transition. They were due to mark the launch of a far-reaching decentralisation process that would extend democracy to the local level.

Despite successfully holding three free and fair national elections since the revolution in 2010-11, Tunisia still has not elected local institutions.

Regional governors and local councils and mayors are still appointed by the prime minister, just as they were under the former regime. This has allowed local structures of power and corruption to remain untouched, while providing an important source of patronage for political parties in power.

While democracy is gradually being built at the national level by dividing power horizontally between the executive, legislature and judiciary, power is being held firmly in the capital. Tunisia remains one of the most centralised countries in the world, in terms of distribution of powers between central and local government.

Tunis, the capital, controls an overwhelming 96 percent of public spending while local governments control only four percent, compared to the global average of 15 percent to 35 percent. The recent postponement of the local elections shows that most political actors have no interest in seeing this situation change.

Understandably, decentralising power is not to the liking of many existing power-holders. Those opposed to the local elections know that once elections happen, there is no stopping the democratisation process. Once democratic mechanisms are extended to the local level, it will be near impossible to return to the era of one-man rule and centralised decision-making.

On the other hand, influential champions of decentralisation are few and far between, which means that there is a lack of serious pressure to ensure that decentralisation reforms happen. As a result, Tunisians are left with unelected and unaccountable local councils and no real improvements at the local level.

This was all set to change under Tunisia’s new constitution adopted in 2014. Drafted by a parliament elected in 2011 in the aftermath of revolutionary fervour and filled with political opponents to the former regime, the constitution gives voice to the core demands of the revolution - freedom, dignity and social justice. In particular, the constitution goes further in decentralising power to the local level than any other constitution in the Arab world, which remains the most centralised region.

By giving independence and broad powers to elected local and regional councils, the aim was to truly democratise governance and empower local communities to manage their own affairs.

The need for decentralisation is demonstrated nowhere better than the birthplace of the Arab Spring, Sidi Bouzid, a rural region rich in resources yet long neglected by the central state. Under Ben Ali, at a time when Tunisia was celebrated as an economic miracle by international financial institutions, relative poverty soared in rural regions, rising from 30.3 percent in 1990 to 49.3 percent in 2000 in Kasserine and from 39.8 percent to 45.7 percent in Sidi Bouzid over the same period.

This was the result of a decades-long policy of systematic discrimination against interior regions. Ben Ali’s last budget in 2010-11 dedicated only 18 percent of public investments to poor interior regions compared with 82 percent to better-off coastal areas.

The economic and developmental policies that produce these shocking inequalities will not change as long as decision-making continues to be monopolised by a political alliance between Tunisia’s rulers and its coastal elite. Today, 92 percent of all industry is located near Tunisia’s three largest cities on the coast - Tunis, Sfax and Sousse.

Meanwhile, interior regions suffer from a flagrant lack of infrastructure – 99.9 percent of homes in the capital Tunis are supplied with drinking water compared with just 50 percent in Sidi Bouzid. Reports of patients dying in rural areas due to lack of access to a nearby hospital have become so routine that they no longer attract media attention.

The elections could be a game changer, carving out new spaces for contestation, innovation and reform

Six years after the revolution, it is clear that a major shake-up of governance is needed in Tunisia. The democratic transition is threatened by a struggling economy and persistent regional inequalities. Reforms are progressing far too slowly. A divided political class and the central bureaucracy, who are supposed to enable reforms, are becoming the key obstacles to change. The local elections remain the only hope.

This was borne out by a recent NDI research report, which showed that while many Tunisians feel that many of the demands of the revolution remain unfulfilled, there is widespread hope that decentralisation will deepen democracy and promote regional development and reduce regional inequalities.

By bringing in over 7000 new elected municipal councillors, the elections could be a game changer, carving out new spaces for contestation, innovation and reform. Initiatives such as the Jemna Oasis collective demonstrate the huge potential for new local solutions that generate jobs and drive development in areas where the central state is either unwilling or unable to do so itself.

This all hangs on Tunisia's political elite and whether they are unable to go beyond their internal conflicts and rise to the scale of the challenges facing the country and its democratic transition.

The game being played by some elites to continue indefinitely putting off the local elections and decentralisation reforms is a dangerous one that threatens to deepen frustrations and social unrest, and exacerbate the gulf between the state and marginalised regions.

Photo: Tunisians wave their national flag as they take part in a general strike against marginalisation and to demand development and employment on 11 April 2017 in Tataouine, south of Tunis (AFP) 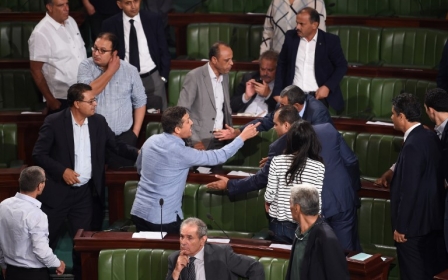 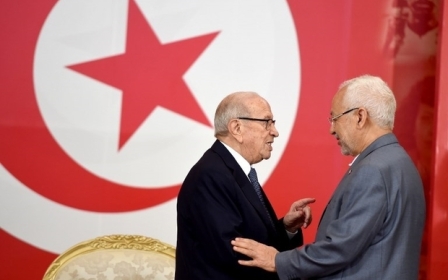 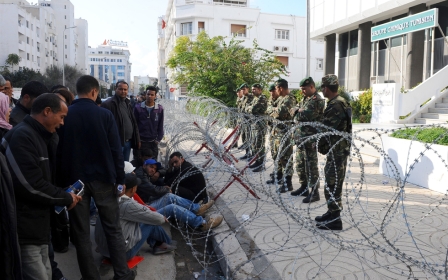