The 'Islamist Hydra' and Macron's new, 'radical' approach to terrorism 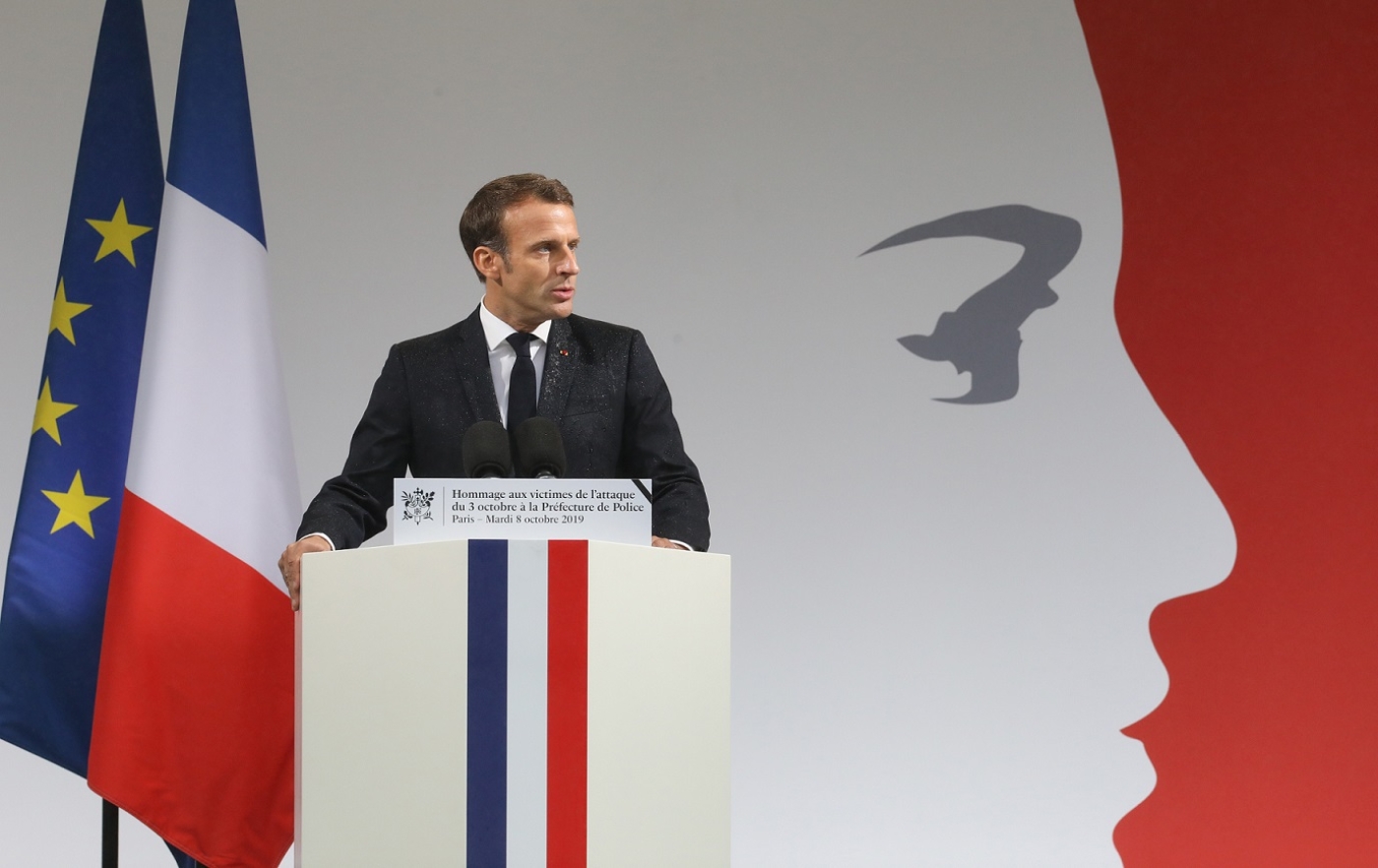 During the presidential campaign that brought him to power in France - and even as electioneering constraints weighed on his shoulders - Emmanuel Macron incurred the wrath of some of the political class, including on his own side.

The catchphrase that so exasperated then-prime minister Manuel Valls was this: “We bear a share of responsibility."

Macron, who was then President Francois Hollande’s finance minister, conceded after the 2015 terrorist attacks claimed by the Islamic State (IS): “We bear a share of responsibility, because this totalitarianism feeds on distrust. It feeds on an insidious leprosy that divides public opinion - and tomorrow, if we are not careful, it will divide it again.”

And so, he called to “change this society, by opening it up”.

“I believe that it is roadblocks within our economy, our society, lost opportunities, imposed glass ceilings, and the various corporatisms that have built up, that both feed individual frustration and create economic inefficiency,” he said at the time.

Alas, the speech Macron delivered on 8 October at the Paris police headquarters to honour four of its staff who were knifed to death by one of their colleagues - an IT specialist in the intelligence division, Mickael Harpon, a convert to Islam, who was shot dead - did not feature the faintest trace of that clear-sightedness.

The good old days in which Macron called out “glass ceilings” that “feed frustration” are well and truly gone. Now, he barely displays any awareness that these might exist. The enemy identified by France’s president is now singular: It is “radical Islam”, or “Islamism” - and radical Islam only. In short: it’s the Other’s fault, and his alone.

Gone, then, is the idea that part of the problem might relate to ourselves, through our foreign or domestic policies, and that the solution may be just a few policy-shifts away.

“The nation united” to fight “the Islamist Hydra”? That old tune sounds familiar, recalling the one former US President George W Bush sang in the wake of 9/11. Or the one former French President Nicolas Sarkozy sang in 2010, and Hollande in 2015, when they both triumphantly sent the Charles de Gaulle aircraft carrier to fight the “Islamist Hydra” off Afghanistan or Iraq - with the success we now know.

Harpon (or “Bernardo”, as his colleagues “affectionately” dubbed him, in reference to Zorro’s deaf-mute servant) perpetrated that which is unforgivable. Before he did so, however, he endured a double ostracism - smiling it away for years, faced with his colleagues’ “irony”.

Firstly, he was one of those of Afro-Carribean origin who - as the activist and poet Aime Cesaire denounced in his time - France has been painfully slow in allowing to be full “citizens in their own right”.

He also suffered from a severe hearing handicap. For years before he resorted to blind violence against this environment that rejected him, he had set out to distinguish himself from that environment, by embracing the “religion of the Other”. (Granted: this was also his wife’s religion.)

But for Macron, as for Jean-Francois Ricard, our “national antiterrorist public prosecutor” - supposedly the most competent position within our antiterrorist framework - we must from now on mobilise, again and again, against one thing only: “radical Islam”.

In line with his earlier attack on “political Islam”, what Macron actually does here is reiterate a dangerous conflation. In his mind, the mere presence - even the merely allusive presence - of Islamic vocabulary in a political narrative is enough to turn that narrative into one of those “killer ideologies that recognise neither our laws nor our way of life”. 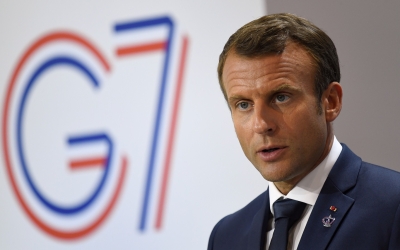 It is one thing for the head of state to denounce Islamic State. It is quite another for him to include in his condemnation, among others, the winners of the latest parliamentary elections in Tunisia.

Nothing ties them to social or political radicalism. How can the president be unable to distinguish between the two? Unless, of course, his confusion is deliberate: wholesale electioneering.

Granted, the hostility that France here and there encounters is unquestionably expressed through the rhetoric of “radical Islam”. That expression of Islamism is indeed binary and divisive, but it is not the cause of hostility to France. Far from it: it is merely the vocabulary of that hostility.

Early this year, the Jimmy Carter Foundation published the results of research that clearly flew over the heads and the brains of French leaders. In a sample of 750 IS recruitment videos, religious motives were drawn upon in only five percent of cases.

Once again, then, focusing the response to terrorism on the “how” (its recourse to Islamic vocabulary) amounts to becoming dangerously divorced from any inquiry into the “why” of the hostility that we generate.

The sad paradox is that, in France as elsewhere in Europe, national authorities have at their disposal explanatory frameworks that are far more advanced than such ugly shortcuts. But trusting approaches that are based on clear-sighted research would imply looking reality in the face - and so ascribing shares of responsibility - in a rather less one-sided fashion. Such analytical rigour could not, therefore, satisfy the government’s pitiful electioneering requirements.

The criminalising, “all-against-one” strategy is very far removed from such intellectual rigour. Its overtones recall the worst excesses of McCarthyism.

It will inevitably deepen the divides that it affects to bridge. It will pour salt into the wounds that it affects to heal. And, inexorably, it will lead us once more towards crossing paths with other “Islamist terrorists”, made in-house on the model of Harpon.

This is a translation of an article that originally appeared in the MEE French edition.

François Burgat is Emeritus Research Director at France’s CNRS (IREMAN Aix-en-Provence). Among other institutions, he ran the French Middle Eastern Institute between 2008 and 2013 and the French Centre for Archaeology and Social Sciences in Sanaa from 1997 to 2003. An expert on Islamist movements, his latest book is titled 'Understanding Political Islam' by Manchester University Press (2019) 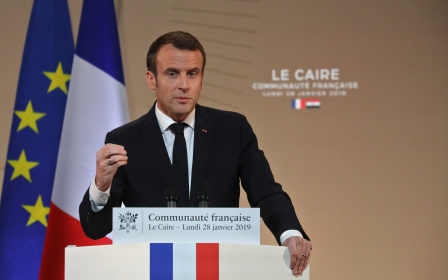 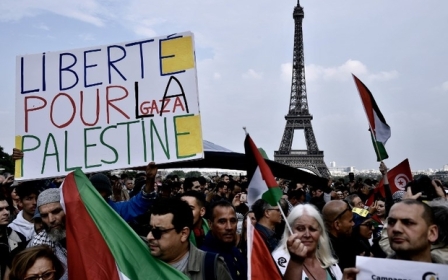 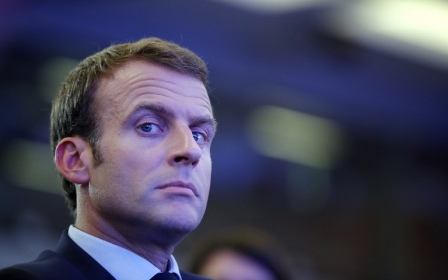