David Hearst
Reports of bin Nayef's addiction are, perhaps unwittingly, part of the campaign to finish him off 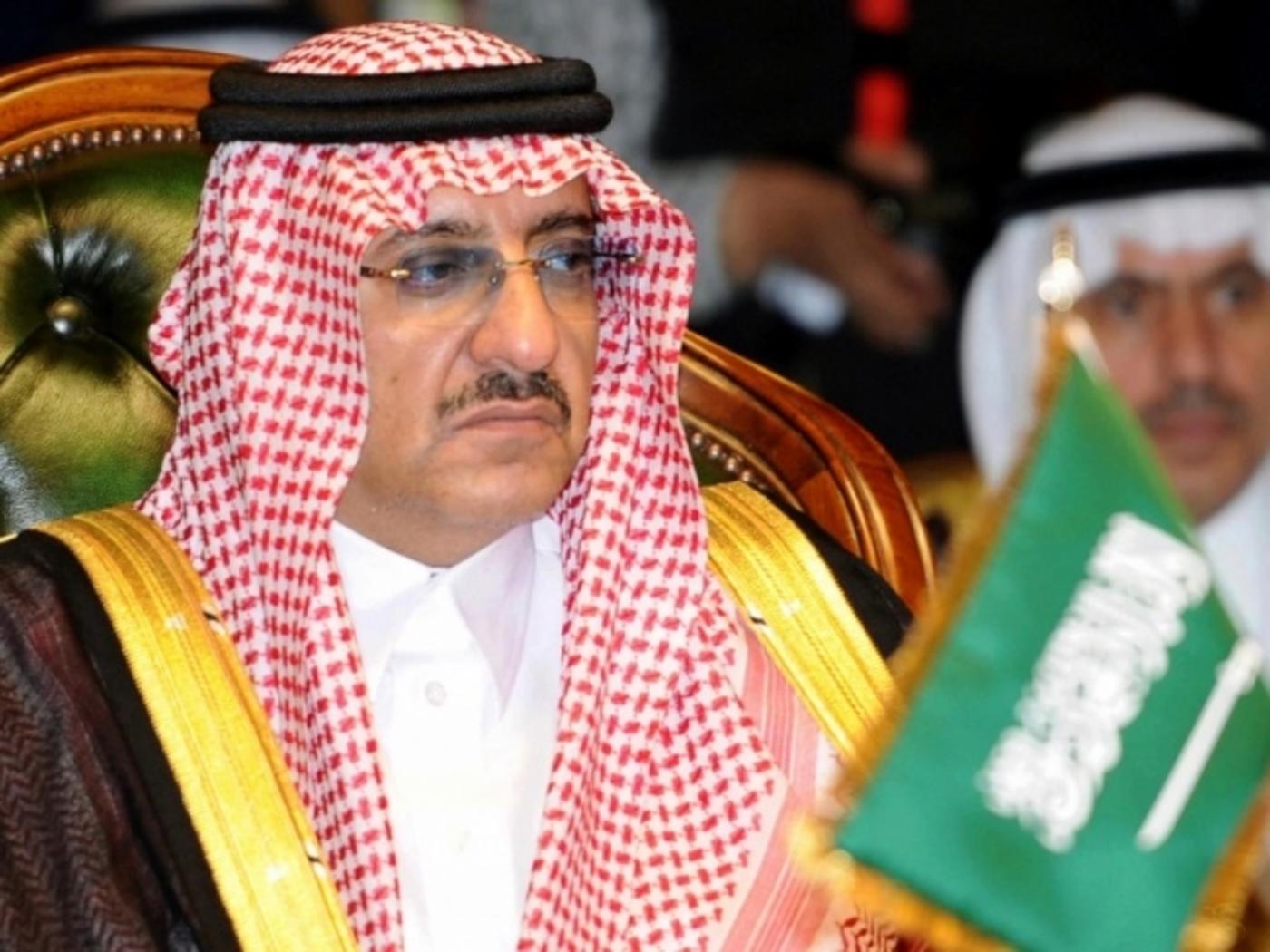 There was one detail that Reuters, the Wall Street Journal and the New York Times omitted to mention when they published stories claiming that Mohammed bin Nayef had been deposed as crown prince of Saudi Arabia over an addiction to pain killing drugs. And that was the source of these claims.

The Reuters story quoted a "source close to MbN" for the conversation that King Salman allegedly had with bin Nayef, in which the king purportedly said: "I want you to step down, you didn't listen to the advice to get treatment for your addiction, which dangerously affects your decisions."

Two reliable sources tell me this is not true. They say this is about the last thing any friend of bin Nayef would have released to the foreign media as it points to a man with impaired judgment, the one quality the former crown prince prides himself on.

Both sources point the finger instead to Saud al-Qahtani as the source of the story that Nayef is a hopeless drug addict. He arranged the briefings, I am told.

He phones up Saudi journalists to tell them that they cannot write or tweet. The dark arts once practised by Khaled Tuwaijri, the former secretary to the Royal Court under King Abdullah, are now practised by Qahtani.

Knowing this makes a material difference to the reports themselves. They are no longer insider accounts of murky dealing behind Saudi's infamous bead curtains. The reports are, unwittingly maybe, part of the campaign to finish the victim off.

For, not only was bin Nayef unceremoniously dumped to make way for the ailing king's younger son; not only were his bodyguards, advisors and mobile phones taken away from him until he was forced to resign and filmed giving an oath of allegiance to his younger cousin; not only has he been de facto under house arrest , confirmed by information that he was refused permission  to attend  the meeting of condolence after the funeral of Abdulrahman bin Abdulaziz, King Salman's brother. To add insult to injury, there  followed a media campaign defaming him as a morphine addict.

Ironically these are the same tactics that King Abdullah's court used to try and stop Prince Salman, then crown prince, from inheriting the throne. Tuwaijri tried to use Salman's dementia as a way of getting Prince Meteb into pole position. The plot was cut short by the king's untimely death. Salman's son is reading from the same playbook.

However, these tactics are causing a backlash inside the House of Saud. I am told that there is anger and fury at the way bin Nayef's name has been dragged through the gutter.

One prince said contemptuously that this was not the Saudi Arabia he knew. He compared today's bitter feud between bin Salman and bin Nayef to the protracted power struggle between Prince Faisal and King Saud.

At one point Faisal ordered the National Guard to surround the king's palace, but he never allowed any of his courtiers to defame the king, who was eventually forced into exile. Dignity and privacy were maintained throughout. This is not the case today, and possibly the reason why Saudis feel that MbS is taking them into uncharted waters.

A social media campaign has started in a country where a tweet can earn you five years in prison. The son of King Fahd, Abdulaziz bin Fahd, has been tweeting under the hashtag "No to harming Mohammed bin Nayef".

Two people have emerged as the public face of opposition to bin Salman. One is Prince Meteb bin Abdullah who retains his position as minister and is head of the National Guard. Plans to get rid of him have stalled. The other is Prince Ahmad Abdulaziz, the youngest brother of King Salman.

A mobile phone video of a reception room for condolences after the funeral of Abdulrahman bin Abdulaziz, who is also Ahmad's brother, went viral. The reason for that was because only two portraits were displayed at the reception - that of the King Abdulaziz, the founder of the Saudi state, and the current King Salman. The blank wall above the host has room for three large pictures, but only two portraits are hanging.

This is how you send a message in the country today.

There are other indications of turmoil inside the royal family. Neither the king nor the future king showed up at the recent G20 meeting of which the kingdom is a member. What problem was strong enough to keep bin Salman at home, and stop him from stepping onto the international stage as the prince-in-waiting? The G20 was a golden opportunity to step into the spotlight. Something stopped bin Salman from going.

The next issue will be reforming the armed forces. There are good reasons to consolidate the kingdom's military forces. Although there are no rival power centres in the kingdom, in the sense in which there are in Iran, there is a case for creating a unified defence structure incorporating all three of the kingdom's land forces. The National Guard was originally formed to give a job for the volunteers who fought with the state's founder.

In bin Salman's hands, however, this could easily go wrong. He reportedly does not trust either the National Guard or the forces of the Interior Ministry, who are still loyal to the ousted bin Nayef. He is therefore planning to expand the Royal Guard, using former US servicemen to rebuild the force.

In bin Salman's case, it is no longer a question of asking what could go wrong for the gilded youth, but to ask instead what could go right? Such is the reckless reputation he has already established.

The campaign he launched against Qatar was evidently meant to produce a coup. There are credible reports that bin Salman received a member of the Qatari royal family before the hacking of Doha's official website. The media bomb he dropped on Qatar was supposed to be preceded by an invasion, but for one reason or another, the tanks never rolled and the coup itself never happened.

No one is under any illusions now that bin Salman will now become king. He has accrued all the power. The impulsive prince, however, will not enjoy the protection as king that his 81-year-old father has. No one is clamouring for his removal, although Salman is showing symptoms of dementia. One sign of this is his confusion and short attention span in conversation, and disorientation on trips abroad. To combat this, he is accompanied by furniture from his palace to make him feel at home.

Despite this, the king is protected by his status as the family elder. This is an insurance policy which does not cover his young son. His position in the country will be more akin to a prime minister who is judged on his performance rather than his rank.

This means bin Salman will be blamed for the first thing that goes wrong.  The kingdom is chronically misruled. The intrigues inside the Royal household have more in common with the Tudor Court in 16th Century England than it has with the 21st century . The growing ranks of the prince's enemies inside the royal family do not think they will have long to wait for the next scandal to shatter his reputation.