Mohammed bin Salman is a modern-day Saddam. He must go 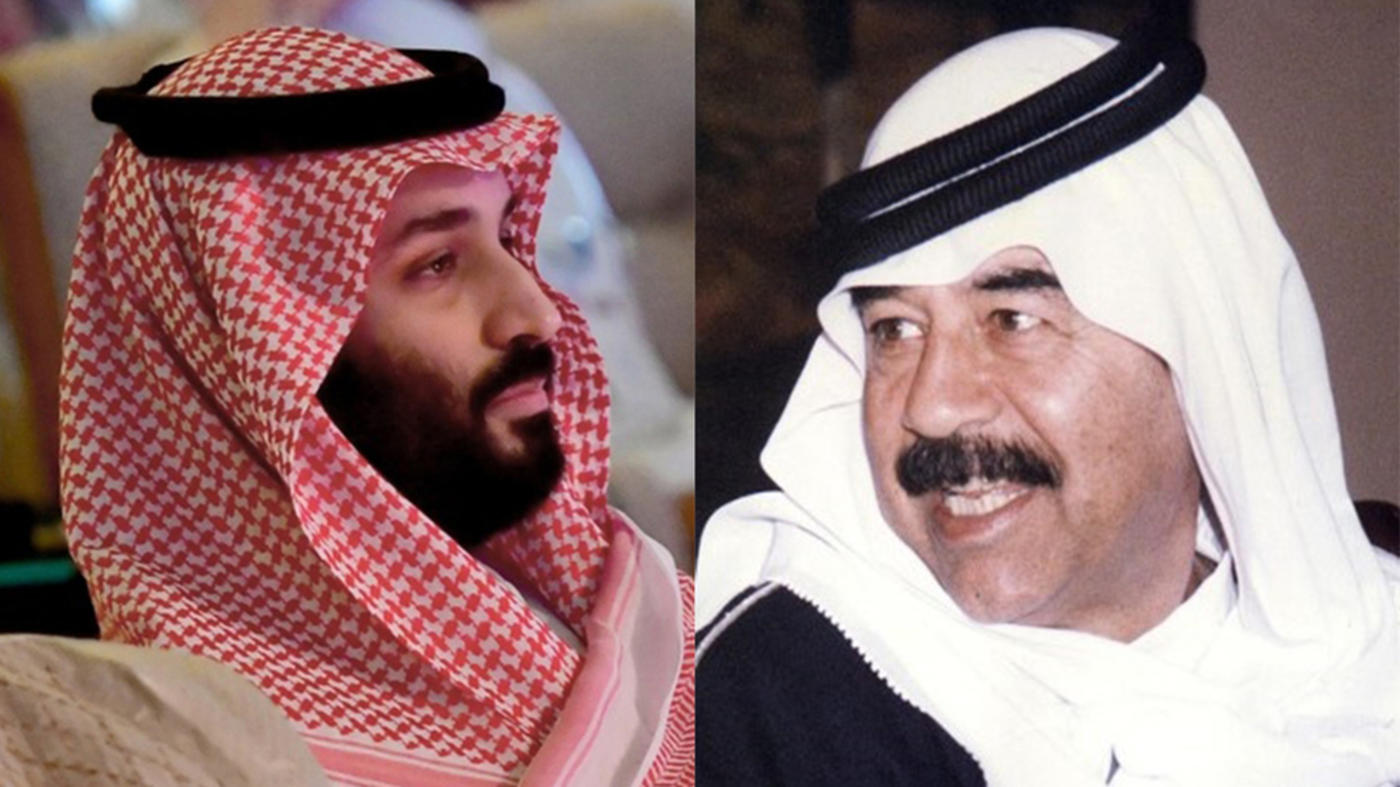 Late one evening in the summer of 1988, my mother received a phone call at our residence in Lebanon, already under heavy security. My father was in Brazil at the time.

Her panic was inexplicable at the time, but I later came to learn that Brazil’s national intelligence agency had foiled an “imminent” assassination attempt against my father, a leading opponent of Iraq’s Baathist regime.

He was attending an Iraqi opposition summit hosted by the government in the capital Brasilia. Armed with sniper guns, silencers and a slew of other tactical gear, a team of Iraqi assassins were arrested in the vicinity of the conference venue, carrying pictures of their intended target.

Shocking as it was, the botched attempt on my father's life didn’t come as a surprise to my family for two reasons. Firstly, Saddam had assassinated countless Iraqi opposition figures, including my father’s uncle and many of his friends and colleagues. Secondly, he had been sentenced to death in absentia by Baathist revolutionary courts, an accolade reserved only for Saddam’s most influential opponents.

This incident brought home the regime's maniacal mindset and its audacity in trying to eliminate critics and dissidents on foreign soil, in broad daylight.

It’s now clear that Mohammed bin Salman is just as reckless and unreliable, and just as brutal as his Baathist doppelganger

When Saudi intelligence agents abducted and killed Washington Post columnist Jamal Khashoggi, my first thought was: we have another Saddam on our hands. Saddam was a demonic figure who haunted the lives of millions of Iraqis - and beyond - while Mohammad bin Salman, the de facto Saudi ruler, appears to be a modern reincarnation.

Intoxicated by youth, money and power, the Saudi crown prince has been on a killing spree ever since he emerged as the victor in the gruesome “red wedding” of the House of Saud in 2017.

The brazen and unapologetic nature of Khashoggi’s assassination shows that the Saudi crown prince feels he can act with total impunity, and literally get away with murder. He could have killed Khashoggi the same way he eliminates all other dissidents, such as Sheikh Nimr al-Nimr, the slain leader of the country’s three-million-strong, repressed Shia minority. Or recently Turki Bin Abdul Aziz al-Jasser, another dissident Saudi journalist who apparently also was tortured to death, barely a month after Khashoggi.

That rulebook was simple enough: order a "rendition" to Saudi Arabia, put him on trial on trumped-up charges of terrorism or even "disobedience of the king", then crucify him in public to a cheering flock of Saudi journalists and pundits. Instead, Mohammed bin Salman chose to tear up the standard rulebook and wear the mask of a younger, more powerful Tywin Lannister. He was making a statement.

The use of brute force and hard power is, after all, Mohammed bin Salman’s signature policy. Evidence can be found in Syria and Lebanon, but particularly Yemen, which the United Nations has dubbed the world’s worst humanitarian catastrophe, thanks to more than three years of a Saudi-led onslaught - the brainchild of the crown prince.

While the Saudi monarchy, much like Baathist Iraq, has always been a brutal autocratic regime intolerant of any criticism, Mohammed bin Salman has cemented this image by controlling his people through fear and intimidation, treating them as subjects rather than citizens while demanding that the world look the other way.

Canada’s timid criticism of the regime's human rights abuses led to a full-fledged diplomatic crisis with the Saudi regime this past August.

For a long time, Western powers saw Saddam Hussein's regime as a “stabilising force” and a counterweight to Iran’s "expansionist moves". Only after Saddam crossed too many red lines did it become apparent that he was none of that. His barbarity became evident in his use of chemical weapons, countless mass graves and savage suppression, a legacy that later perpetuated the bloodbath following the US invasion in 2003.

Propping up the Saudi regime

If the western justification for backing Saddam Hussein sounds familiar, it’s because the same rhetoric is now being employed to rationalise propping up the Saudi regime. The difference is that while Saddam executed and assassinated tens of thousands of people, the world could plead ignorance. Khashoggi changed all that: it’s now clear that Mohammed bin Salman is just as reckless and unreliable, and easily as brutal as his Baathist doppelganger.

When Western officials and business leaders backed away from the much-hyped “Davos in the Desert” conference, the crown prince addressed Russian and other remaining delegates, saying: “Now we know who our best friends are, and who our best enemies are.”

The seeds of his rebellion from his traditional Western allies have been sown. It took Saddam decades before he renounced his backers, while Mohammed bin Salman is already suggesting a “my way or the highway” approach, showing no signs of remorse. Remember, he is just 33, and all this is yet to come.

Mohammed bin Salman has been touted as the country’s last hope for reform. While the Trump administration is hedging its bets on that dream, it will never materialise. The Saudi crown prince will disappoint his allies, just like Saddam.

As a victim of the latter’s barbarity and witness to the former’s ruthlessness, I have no doubt that the two are cast from the same authoritarian mould. My father survived the assassination attempt in Brazil, but countless other dissidents weren’t so fortunate - nor was Jamal Khashoggi. If we are to prevent Mohammed bin Salman from following in the footsteps of Saddam, he has to go.

- Sayed Mahdi Modarresi is a writer and theologian of Iraqi origins. He is the author of several books on Islamic theology and spirituality. He [email protected]