Trump and the boy king: Mohammed bin Salman's reign is over before it even began

David Hearst
The Jamal Khashoggi case begs the question: if the Saudi crown prince acts like this only 16 months into his role, then what will happen when he comes to ascend the throne? 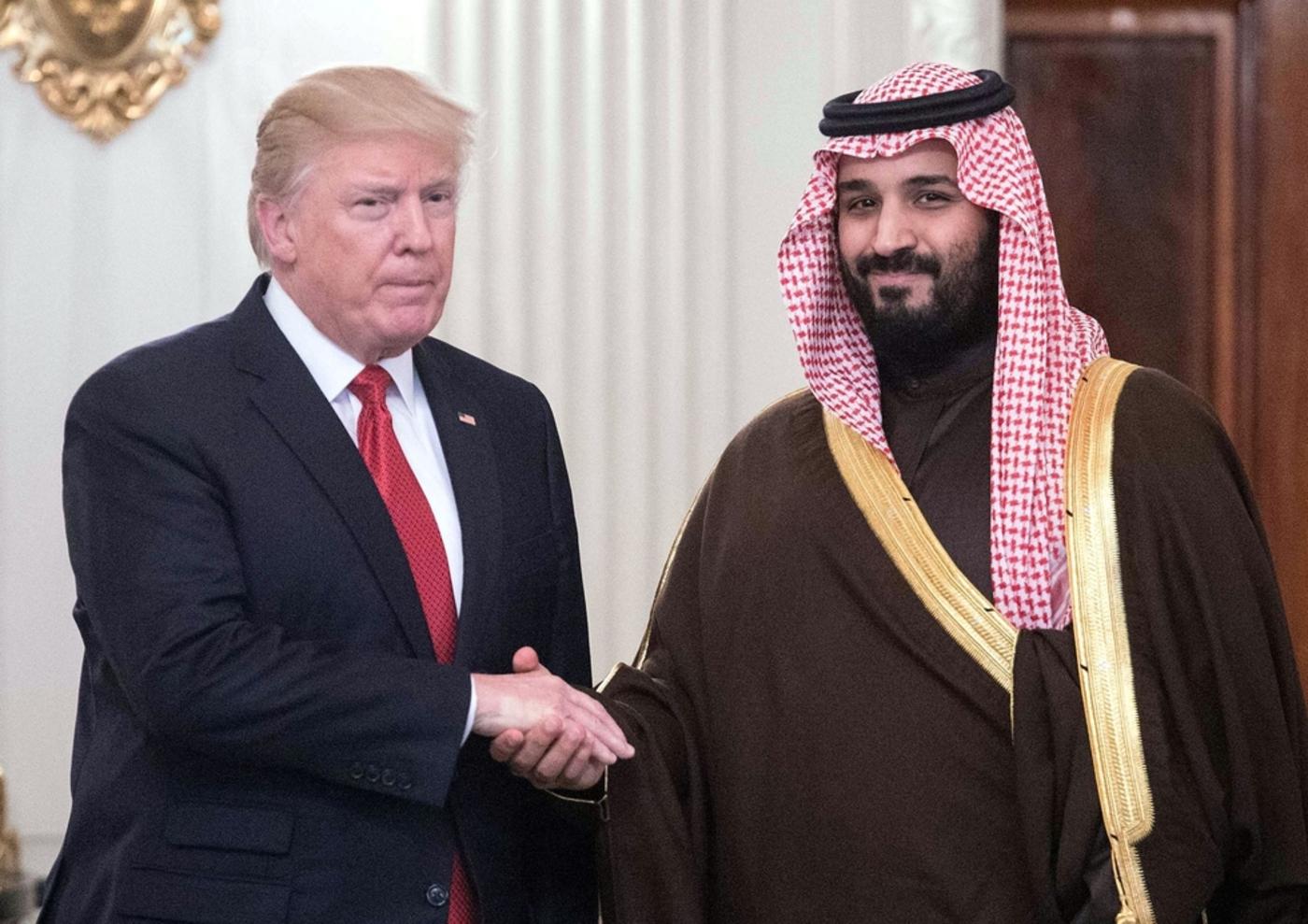 What were Jamal Khashoggi's last thoughts, as he was being dragged out of the Saudi consulate general's office in Istanbul by two men and realised that he had walked straight into a trap?

Khashoggi was no newcomer. He knew how Saudi consuls and embassies worked. He himself had worked in two of them: Washington and London. He knew the beast, the way it thought, the way it acted, the way it smelt.

He also thought he knew the rules. He had worked for Turki bin Faisal, a former Saudi intelligence chief. The rules of the game were brutal, but they were rational. There were clear red lines. If you knew about them, you could calculate the risks you were taking.

Khashoggi had just bought a flat in Istanbul. He was going to get married the day after. The couple were still waiting for the furniture to arrive. He might have thought the worst they would do was question him or detain him. But would he have risked kidnap, let alone his life, for a piece of paper that would allow him to remarry in Turkey?

He told his friends that he had left the kingdom because he could not stand the prospect of prison. That was why he felt a moral duty to speak out. If he was free, and thousands like him languished in jail, then it was his duty to speak.

If Khashoggi's death was an act of insanity, a total madman must have ordered it. A man for whom there was no rationality, no rules, no restraint, a man who could act with total impunity, and from whom no one was safe

In his final seconds of life, Khashoggi must have realised that none of this applied any more.

If Khashoggi's death was an act of insanity, a total madman must have ordered it. A man for whom there was no rationality, no rules, no restraint. A man who could act with total impunity, and from whom no one was safe.

The Category 4 hurricane that Khashoggi’s killing has unleashed has changed direction in the last 48 hours. It's no longer hovering over Turkey's Bosphorus and it's no longer just a spat between two countries far away in the Middle East (Saudi Arabia and Turkey), each with a less than spotless record of how it treats journalists.

As the nightly drip feed of detail has come out about the killing -  the identity of the passengers on the private jets, the bone saw used to dismember Khashoggi's body, the news I broke that he was dragged out of the consul general’s office, and now a gruesome audio and visual recording of Khashoggi's interrogation, torture and death, has been shared by the Turks with Western allies - so this has become a huge crisis for the White House and for America.

The man who created bin Salman, promoted him and redirected the entire US foreign policy, military and security establishments to place their trust on his shoulders, is Trump. And it is Trump who allowed the crown prince to act with total impunity.

The dimensions of this crisis are just dawning. This is a barbaric act of which the Islamic State group (IS) would have been proud. A wholly innocent and high profile victim was trapped, beaten, tortured and sacrificed like an animal. But this was not committed by religious fanatics. It was ordered and committed by America's chief Arab ally in the Middle East on its diplomatic premises, using state resources.

Riyadh continues to deny responsibility for the murder. Saudi officials have strongly denied any involvement in his disappearance and say that he left the consulate in Istanbul soon after arriving. However, they have not presented any evidence to corroborate their claim and say that video cameras at the consulate were not recording at the time.

Hurricane Jamal has made landfall in Virginia and is now heading for the White House. "This thing happened in Turkey and Khashoggi isn't even a US citizen," US President Donald Trump claimed in vain last night. But by then, Khashoggi was no longer just a Saudi dissident, one of many. He had become "a Virginia resident".

The storm began to rip up certainties, all the way along Pennsylvania Avenue: that Crown Prince Mohammed bin Salman, from whose personal bodyguard some of the 15 assassins were drawn, was "our man". "We've put our man on top!" Trump told his friends, as Michael Wolff reported in his book Fire and Fury earlier this year.

Gone too is the bromance that Jared Kushner, Trump's son-in-law and White House aide, started with bin Salman, the meetings which lasted until 4am, swapping stories, planning strategies (MBS told confidants that Kushner had discussed the names of Saudis disloyal to the crown prince, although Kushner's spokesman denied having done so).

The constant in-your-face, up-front support Trump has given the crown prince since he was installed is now an embarrassment, in addition to the ceaseless and shameless write-ups the Saudi crown prince got in the US media as a young reformer.

All this has been blown away in one night, and the wreckage is everywhere. The US media are outraged. Karen Attiah, Khashoggi's editor on the Washington Post tweeted: "Enough of the west’s fawning over Saudi Crown Prince Mohammed Bin Salman."

He’s not a reformer. He is a mad boy king who is managing his country like a reckless driver drunk with the power of oil money. People are losing their lives. #Khashoggi https://t.co/jkLsmHkjZV

A plague in Riyadh?

The great and the good are pulling out of the Future Investment Initiative, an investment conference due to be held in Riyadh later this month, so quickly that you would have thought a plague had broken out in Riyadh. They include Richard Branson, the New York Times, CNN, Uber Technologies chief executive officer Dara Khosrowshahi and Viacom Inc CEO Bob Bakish.

God forbid, even the Financial Times has withdrawn.

The winds are blowing, too, on Capitol Hill. A bipartisan move is underway in the Senate to invoke sanctions against bin Salman under the Magnitsky Act (the legislation used against Russian nationals involved in serious crimes).

Leading Republican Senator Rand Paul is pushing to cut funding, training and other co-ordination with the Saudi military "until Khashoggi is returned alive".

Senator Lindsey Graham, an influential Republican senator, told CNN: "You don't have to be Sherlock Holmes to be concerned here. And if this is done at the hands of the Saudi government, if the crown prince was involved in any way, it will virtually destroy his ability to lead this country on the international stage."

The intricate network of Saudi and Emirati lobbyists in DC, a network set up to orchestrate bin Salman's entrance on the world stage, is also beginning to unravel.

The Harbour Group, a Washington firm that has been advising Saudi Arabia since April 2017, ended its $80,000 contract on Thursday. "We have terminated the relationship," managing director Richard Mintz said. Mintz is closely linked to the Emirati ambassador to Washington, Yousef al Otaiba, who acted as bin Salman's impressario in DC.

Back in Turkey, President Recep Tayyip Erdogan was preparing to receive a high-level delegation led by Prince Khaled al-Faisal. He is the governor of Mecca and a special adviser to the king. The fact that he is also the elder brother of Khashoggi's former boss, Prince Turki al-Faisal, former intelligence chief and ambassador to Washington and London, does not go unnoticed.

An operation to isolate King Salman from any connection to these events is under way. The joint investigation between Turkey and the government into who committed this atrocity is a convenient cover story.

With the sharing last night of the audio and video of Khashoggi's last tragic moments with its Western allies, Turkey has ensured the outcome of the investigation before it has even started. The only question in Saudi minds is how they can insulate the boy king from the blowback.

The man who created bin Salman, promoted him, and redirected the entire weight of US foreign policy, military and security establishments to place their trust on his shoulders, is Trump. And It is Trump who allowed the crown prince to act with total impunity.

He can only have one thought: If bin Salman is capable of ordering such an atrocious act when he is 33, only 16 months into his role as crown prince, then what insane act of recklessness could he be capable of as king of a country which the US military has made the lynchpin of its power in the Gulf and the region in general?

Three things need to be in place for a Saudi crown prince to become king. First and foremost, the consent of the White House. Second, the support of the royal family. Public opinion is a distant third. White House approval by far outweighs the other two. This is the status quo. Trump would not be interfering in an internal process if he withdrew his consent for the crown prince to become king.

Trump has only one course of action left after the contents of the audio and video tape have been revealed. He can no longer allow bin Salman to ascend to the throne.

It's the very least that Jamal Khashoggi, and the fate of countless others murdered, tortured, imprisoned by this regime, deserve. 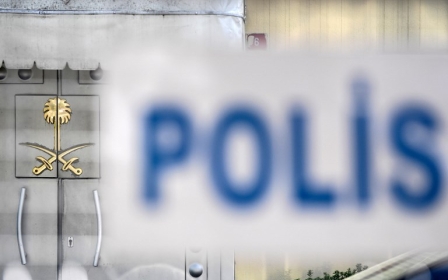 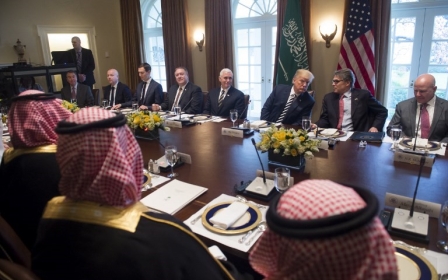 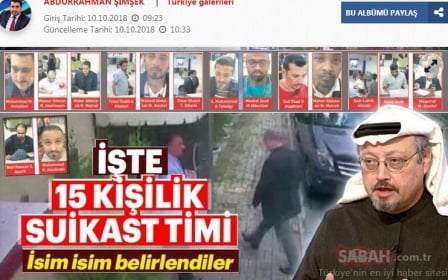