Nabeel Rajab: Held for a year on remand in Bahrain and does anybody care?

Bill Law
The US and UK have remained shamefully silent about Nabeel Rajab. All the while, he courageously reminds us from inside a police cell of the true meaning of democracy 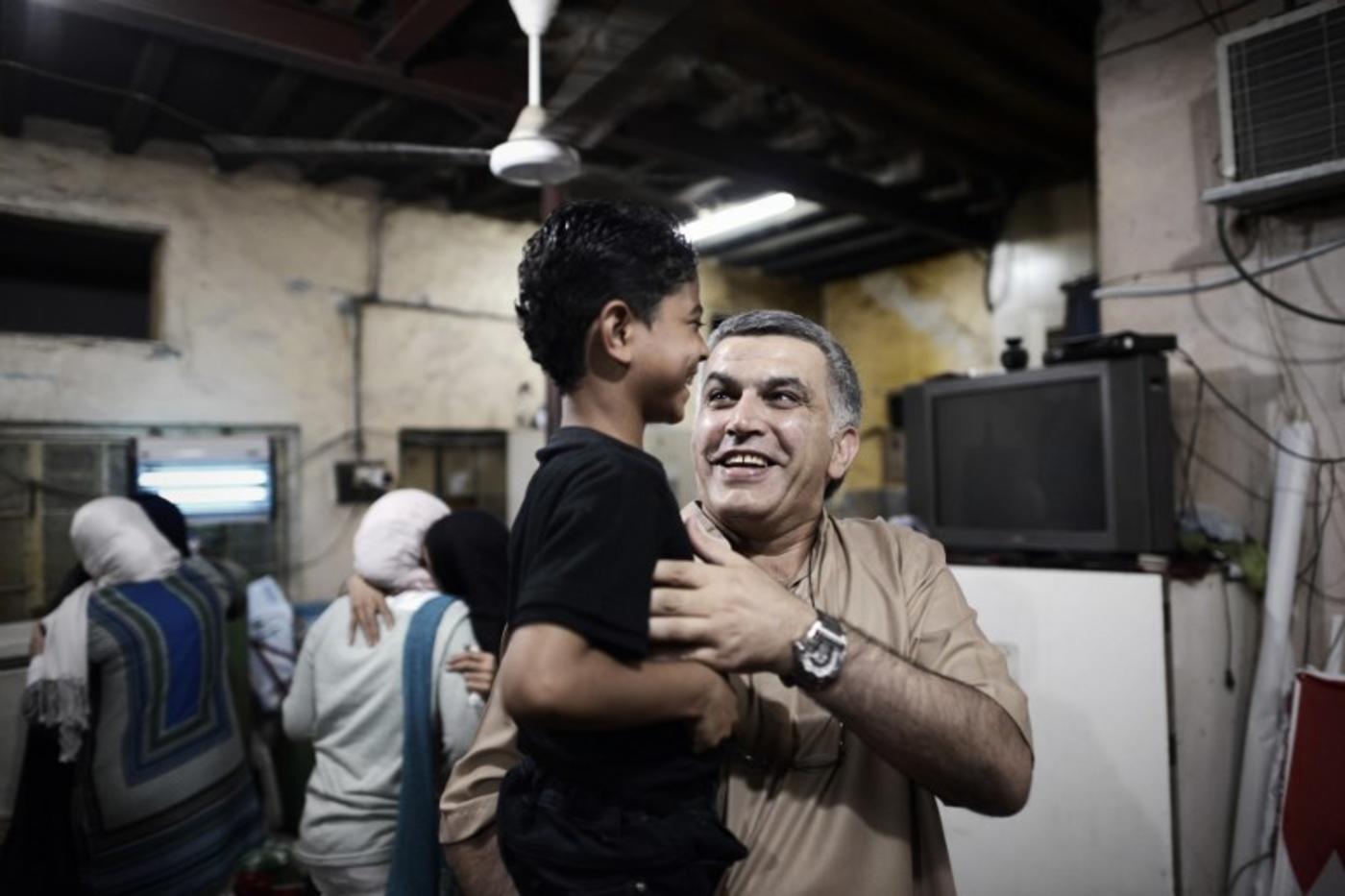 Tuesday 13 June marks the one-year anniversary of Nabeel Rajab’s incarceration on remand. The Bahraini human rights activist was arrested at his home in the village of Bani Jamra in the early hours of the morning in June of last year and bundled off to a police cell. His trial has been postponed eight times on the most spurious of grounds.

Rajab is currently in a military hospital inside the Ministry of Interior compound. Against the advice of doctors, he had initially been returned to his cell after a long delayed operation on his back. It was only after the wound became infected and following an international outcry that he was returned to hospital.

During much of that year, he has been held in solitary confinement. And yet his spirit remains defiant and unbowed. While in his cell, he managed to have two op-eds published in the New York Times. The first, published last September, led to more charges being laid against him including “undermining the prestige of Bahrain”. The second was published in May of this year and will likely lead to additional charges.

And why is he being charged under Bahrain’s draconian anti-terror laws? He tweeted against the war in Yemen. He tweeted in support of human rights in a country that routinely abuses its Shia majority population. He writes in defence of free speech, free association, an independent judiciary and a democratic society - all things that we hold to be pillars of our democracy.

And yet shamefully, we in the UK remain silent about Nabeel Rajab. Our embassy in Bahrain tweets about human rights abuses in other countries and says nothing about the abuses in Bahrain. Our foreign secretary and our prime minister are content to sell weapons to Bahrain and stay quiet. Our royal family entertains the Bahraini king and his entourage. And all the while Nabeel Rajab courageously reminds us from inside his police cell what the true meaning of democracy is.

I have known Nabeel for many years and I am proud to call him a friend. He has always insisted that the path to change must be a peaceful one. He has been true to his principles and has paid a tremendous price, as has his family, for refusing to abandon his brave and stubborn struggle for genuine reform.

- Nabeel Rajab in a recent call to his son

He has spent much of the past five years in prison. His health has suffered and so has the health of his wife, Sumaya. The months in solitary have compromised his immune system and slowed the healing process of the back operation. He suffers from an irregular heartbeat. And yet he remains defiantly optimistic.

“My father always has hope,” his son, Adam, told me. In a recent phone call he had with his father, Nabeel Rajab told him, “I might not see change but you and your children will see change.”

Facing up to 18 years in prison and the likelihood that the authorities will file more charges against him, Rajab refuses to be silenced. In his 17 May op-ed in the New York Times, he urged America not to sell weapons to Bahrain and he wrote:

“It fills me with shame that my country, Bahrain, is bombing Yemen, with United States support. And while the Saudi-led coalition continues its air assault on Yemen, Bahrain is also trying to crush civil society back home. This other, domestic campaign is aimed at people who, like me, cannot abide injustice and are willing to speak out.”

We too should be filled with shame that Yemen is being bombed with the support of the UK government while it sits back and smugly assures us that Bahrain is making great strides toward reform.

It isn’t - and all the millions of pounds and the swathe of experts that have been harnessed by the foreign office to reform Bahrain’s police and improve the judiciary have achieved nothing more than to provide elaborate and expensive cover while systematic human rights abuses continue within a culture of absolute impunity.

In an escalation of repression, the country’s two leading opposition political societies Wa’ad and Al Wefaq have been banned. The Wefaq leader Sheik Ali Salman is serving a four-year jail term.

Sheikh Isa Qassim, the Shia community’s leading religious figure recently received a suspended one-year prison sentence and a fine of 100,000 Bahraini dinars ($265,000) after being convicted on bogus money laundering charges. He remains under virtual house arrest and, having already been stripped of his citizenship, faces deportation at any time. On 23 May, after the court decision, five protesters were killed by police outside the sheikh’s home in Diraz and hundreds were arrested.

On 4 June Al Wasat, the only independent news voice in the Gulf and indeed throughout the region, was ordered to suspend publication of its print and online publications.

The response from our government has been silence - or what’s worse, gushing words of fulsome praise for “the extraordinary depth and diversity of the relationship” between the UK and Bahrain.

In between jail terms, Nabeel Rajab told me how he kept a bag already packed and by his front door waiting for the balaclaved security police to burst in and take him away. It reminded me of the 1930s and Stalin’s great purges where those who were denounced by the state waited with a small suitcase to be taken away in the night.

Shout now for Nabeel Rajab. Shout your anger. Demand that the UK government end its pusillanimous and obscenely opportunistic silence

They came for Nabeel Rajab in the night and they took him and we said nothing. During one of those periods when he was out of jail, Nabeel Rajab described to me what the Gulf states are doing:

"There is no tolerance for any criticism. They are mixing the cards marked human rights with terrorism and filling the jails with peaceful activists calling for change and there is complete silence from the international community."

The silence deafens me. The silence angers me. I rage at the injustice and at my own impotence. But surely if enough of us speak up, we can raise a shout and we can demand from our government it speak in defence of a good man who is emblematic of all those unjustly jailed in Bahrain and throughout the region.

Shout now for Nabeel Rajab. Shout your anger. Demand that the UK government end its pusillanimous and obscenely opportunistic silence. It is the very least that we can do.

Photo: In May 2014, after he had been released following two years in prison, Nabeel Rajab carries the son of Abdul Aziz al-Abbar, a Bahraini man who died from his wounds on 23 February after he was shot during clashes between police and protesters. (AFP) 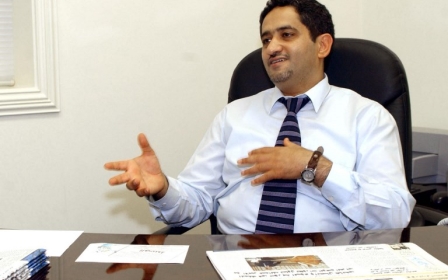