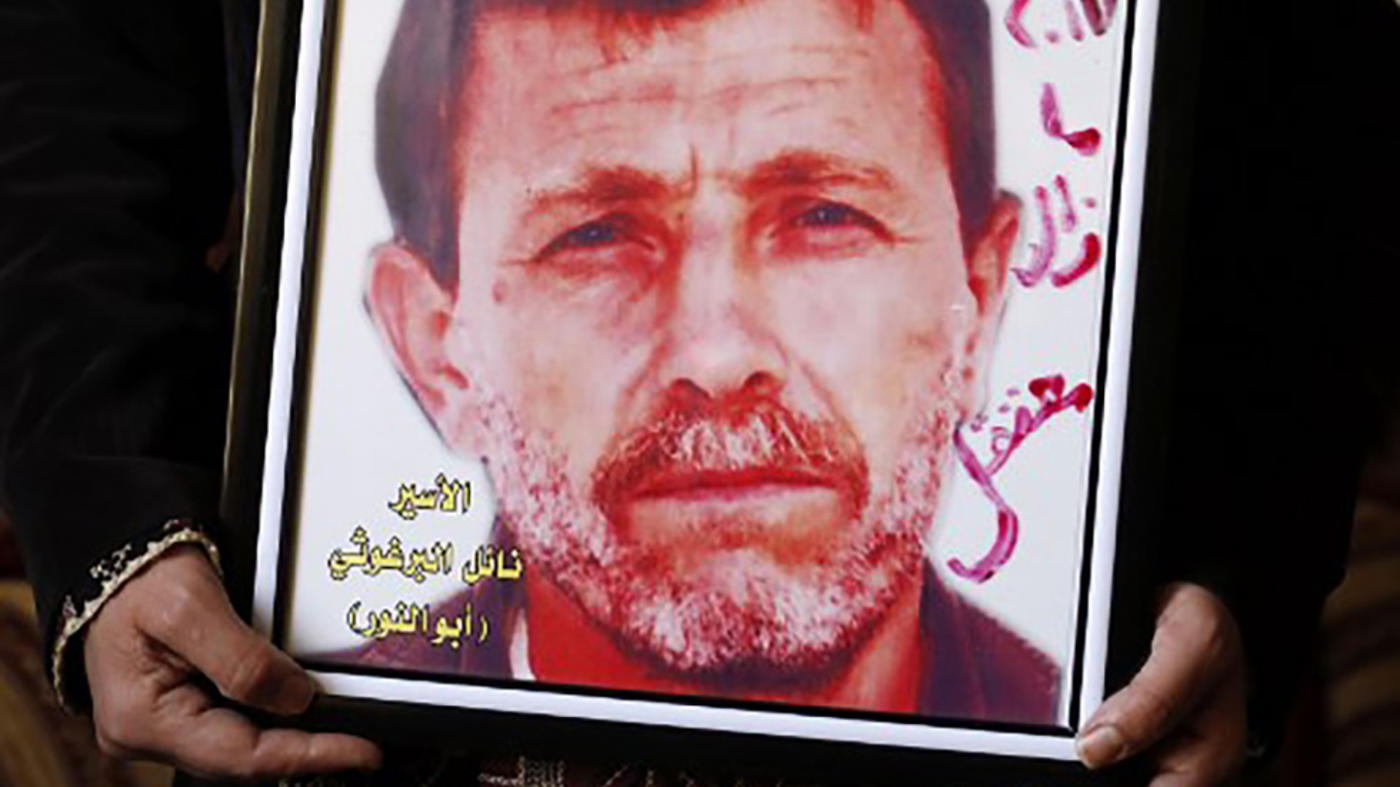 Nael al-Barghouthi, a Palestinian from the West Bank village of Kobar, has spent nearly four decades in Israeli prisons. In 2009, he broke the Guinness World Record for the world’s longest-serving political prisoner.

Israeli occupation forces initially detained Barghouthi in April 1978, but he was released in a 2011 prisoner exchange deal before being rearrested three years later.

After being freed in 2011, Barghouthi tried to return to a normal life - but he had missed an entire generation. The simple lifestyle that he knew decades earlier had changed; many of his loved ones were dead, and the buildings and fields he remembered as a child had been consumed by urban development.

While he was out of prison, Barghouthi married his longtime sweetheart, Eman Nafe, who herself had spent 10 years in Israeli prison.

He spent much of his time around olive trees, which relieved his nostalgia and showed the importance of deep roots in the face of time. These trees were the heritage of his forefathers - the identity of Palestine that Barghouthi loved and fought for, and the reason he spent so much of his life in the darkness of prison.

In his few years of freedom, Barghouthi worked in olive groves, watering, trimming and picking the harvest. The occupation gave him little time to enjoy his peace: he was arrested again in the summer of 2014 and sentenced to 30 months in prison for under flimsy charges of violating the terms of his release. Just as he was due to be freed, an Israeli military tribunal issued an order reinstating his life sentence, plus an additional 18 years.

Four decades is a long time to live in pain, sadness, oppression and deprivation. How many people were born during that time, and how many passed away?

Barghouthi’s story, and his suffering over all these decades, raises many questions. Where does one find the strength to spend almost all of one's life in prison?

Four decades is a long time to live in pain, sadness, oppression and deprivation. How many people were born during that time, and how many passed away? How many moments of joy, sadness, reunion and separation? How many warm nights with family and friends were missed? How many opportunities and experiences were lost?

All of these things were happening in a world that was so close, yet so distant. Barghouthi was barred from the world, seeing only darkness and hearing only chains.

He and I spoke by phone after his release in 2011. A direct meeting was out of the question, due to the separation between Gaza and the West Bank. When we spoke, I didn't hear the voice of a broken person destroyed by years of suffering. His voice was vibrant and strong, full of hope and positive energy.

He talked about the inevitability of freedom for Palestine. He told me about his personal plans for work and starting a family. I wondered about the source of this hope that defeated oppression, and I realised that his deep belief in the cause for which he was imprisoned was stronger than his concerns over losing all those years of his life.

Barghouthi's rearrest violated the terms of the prisoner exchange deal brokered by Egypt in 2011, which stipulated that those released could not be rearrested and retried on old charges. This violation highlights the politicisation of Israel's judiciary, a tool in the government's hand to levy political pressure against Palestinians without any legal basis.

And Barghouthi is not alone: According to prisoners’ rights group Addameer, as of September, there were more than 5,600 Palestinian political prisoners, hundreds of whom were serving life sentences. Dozens of women and hundreds of children were among those detained.

Israel commits clear violations of international humanitarian law in its treatment of Palestinian prisoners, from denying them adequate medical care, to forcing mothers to give birth while handcuffed to hospital beds. There is also physical and psychological torture during interrogations, deprivation of visitation rights, solitary confinement and administrative detention without charges.

These violations show Israel's confidence that the international community will not take action, laying the groundwork for additional violations against Palestinian prisoners.

As we call for justice for our prisoners, we cannot forget the central problem of the occupation. It is difficult to imagine obtaining justice for prisoners when the very foundation of Israel as a state comprises a flagrant violation of international humanitarian laws and norms.

Barghouthi's punishment for seeking the freedom of his people, in addition to the suffering of all his fellow prisoners, reminds the world of the occupation’s devastating impact. Nations established on the ruins of other people's rights cannot become normal states. Foundations built on injustice and hegemony will always provoke resistance among those who love freedom. They will always choose revolution and confrontation, even if it costs them everything.

Photo: Nael Barghouthi’s wife holds his portrait during a press conference in Ramallah on 26 February 2017 (AFP) 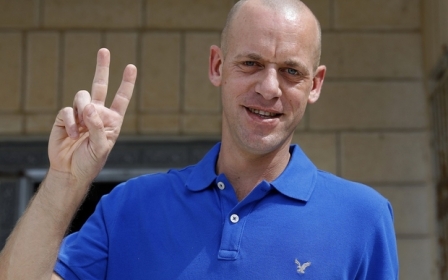 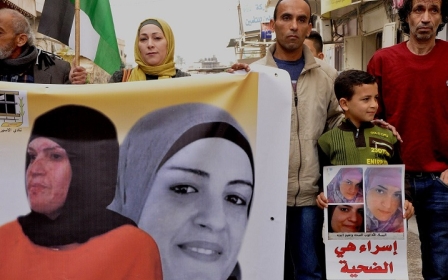 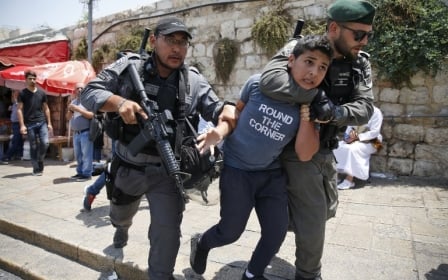