Not all quiet on the Golan front: The changing Israeli-Syrian equation

Yossi Melman
Was Syria announcing a policy shift when it retaliated against the Israeli military in the Golan earlier this week? 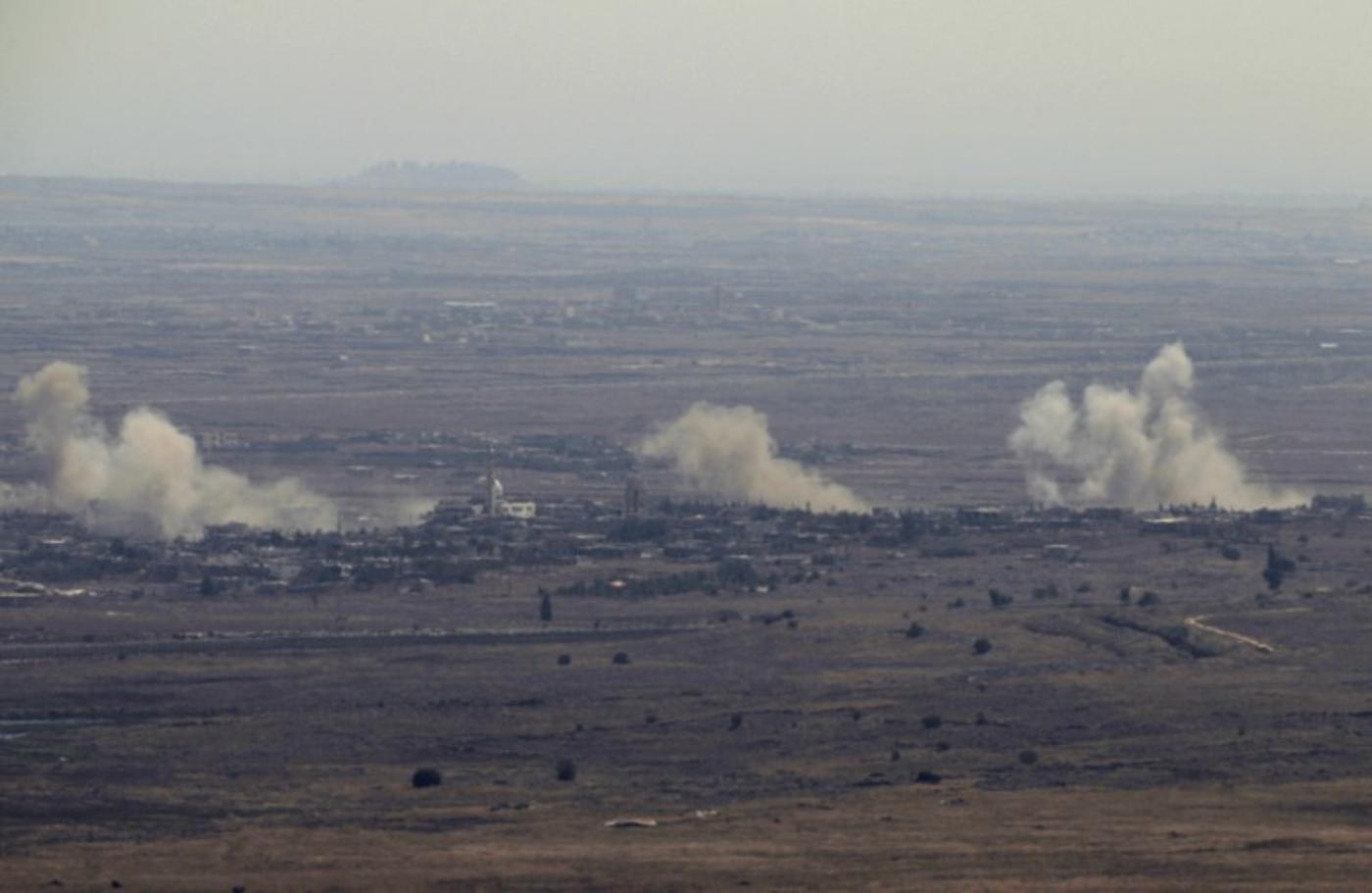 This past week seems to indicate that the Israeli-Syrian equation is on the verge of change for the first time since the outbreak of the bloody civil war in Syria, five-and-a-half years ago.

Or so it seemed in the pre-dawn hours of Tuesday.

In a rare action, a Syrian anti-aircraft battery fired two S-200 surface-to-air missiles at Israeli fighters and drones. They missed. The Israel Defence Forces (IDF) press office rejected the Syrian Army spokesman’s claim that the missiles had downed an Israeli warplane and drone, and said that the missiles had not even come close to the Israeli Air Force (IAF) aircraft.

The Israeli planes were bombing Syrian army artillery positions. From an Israeli perspective, it was a routine mission and nearly 100 of its kind have taken place since 2012. Such bombing is part of the Israeli policy of retaliating for any shells or rockets that have fallen on its side of the Golan Heights.

The policy doesn’t differentiate whether the landing shells are a result of errant or intentional fire, though it is mostly errant “spillover” from the war between the Syrian army and rebel groups concentrated along the Israeli border.

Whenever shells land in Israel, something which has happened many times since the war began, either from the Syrian army or rebel guns, Israel holds the Assad government responsible as the sovereign of its territory.

All such incidents, until Sunday, went without any response from the Syrian regime - so far as the public has been concerned. Now senior Israeli government officials and military officers are trying to decipher whether the launch of the S-200 missiles signifies a real policy shift by Syrian President Bashar al-Assad or just a symbolic, one-time muscle flex.

However, one thing is already clear: the firing of the missiles in the Quneitra region was not a coincidence. The Syrian Army released an official statement on the incident.

This is the second known instance of Assad’s army retaliating against Israeli military activity in Syrian territory, but it is the first incident of this kind which has become public. The first instance, seven months ago, wasn’t announced by Israel or the Syrian government.

On Saturday, two more shells spilled over from the war in Syria, but this time, they were intercepted by Israel's anti-rocket Iron Dome defence system.

For the past several years, as Prime Minister Benjamin Netanyahu acknowledged a few weeks ago, the IAF has acted undisturbed in Syrian air space in violation of Syria’s sovereignty and the March 1974 Disengagement Agreement that the two countries signed after the 1973 Yom Kippur (October) War.

Though Israel has never publicly recorded its sorties, foreign media have on many occasions reported that the IAF used both fighter jets and drones for reconnaissance missions. More than 10 times, the IAF attacked Syrian Army targets, including some on the outskirts of Damascus: warehouses, factories, and convoys bringing advanced weaponry, precision surface-to-surface missiles, anti-aircraft missiles, and radar and anti-ship missiles to Hezbollah in Lebanon.

In the face of all of these attacks, Assad’s army swallowed its pride and did not respond. The Syrian Army also did not respond when Israel shot down a Syrian Sukhoi warplane that flew near its border a few years ago.

Israel also carried out on several other occasions, according to foreign reports, air-strike assassinations of senior Hezbollah officers. Among such targets was Jihad Moughniyeh, the son of Imad Moughniyeh, a top Hezbollah operative killed in a 2008 car bombing; an Iranian Revolutionary Guard general; and, in December 2015 in his Damascus safe house, Druze-Lebanese terrorist Samir Kuntar, who spent 26 years in an Israeli jail for murdering an Israeli family.

These incidents came amid attempts by Hezbollah and the Iranian Revolutionary Guards Quds Force commander, General Qassem Suleimani, to establish a military infrastructure in the Golan Heights and, with Assad’s knowledge, launch attacks against Israel. These Israeli attacks thwarted this plan by the Hezbollah-Iran-Syria axis.

In addition, the IDF has responded with artillery fire, rockets and symbolic air strikes against Syrian Army outposts almost every time that errant shells from the fighting between the Syrian Army and rebel groups near the border have “spilled over” and landed in Israeli territory.

The IDF’s responses were measured and were mainly intended to send a message to the regime: you are sovereign in our eyes.

The latest incident bears witness to the growing confidence of Assad’s army, which is succeeding in the civil war for the most part because of Russian help to expand its control in Syria (which is still only some 30 percent of the territory), and to consolidate the regime’s place as the opposition weakens and the Islamic State (IS) group is at the beginning of the end.

Most of the sides involved - Israel, the Assad regime, Russia, and some of the rebel groups - have no interest in heating up the border and sparking a military conflict

As the regime’s army intensifies its assault on the rebels, including those not far from Israel’s border, the chances for more errant shells landing in Israeli territory increase.

Thus, the chances for an escalation of tensions and a descent into violence on what until now has been a relatively quiet Golan Heights border also grows, despite the fact that most of the sides involved - Israel, the Assad regime, Russia, and some of the rebel groups - have no interest in heating up the border and sparking a military conflict.

Equally, the growing assumption among Israeli military sources, after exchanging messages with Russia, is that despite the recent tension, war between Israel and Syria is not on the horizon.

Surely, it is not in Assad’s interest to drag the mighty Israeli forces into the conflict.