UK Brexit crisis: The next few weeks could shape Britain for decades to come

Peter Oborne
Amid the deadlock, an English national party led by Johnson has seized power 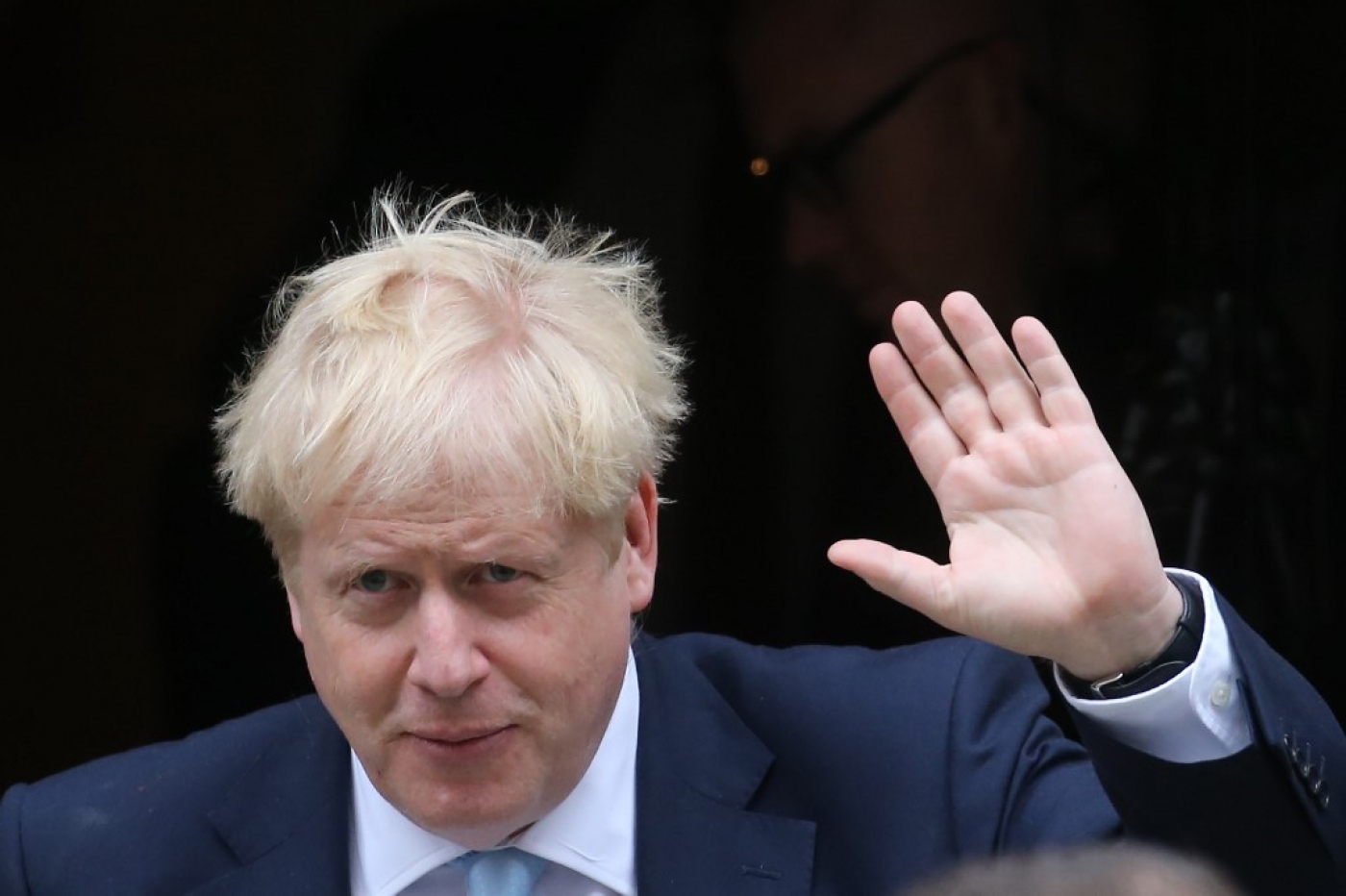 A man wearing tracksuit bottoms, a hoodie and an untucked shirt slouches into a Tory Party conference. He is tall, balding and in his mid-forties.

His every move is filmed or photographed by a platoon of cameramen as he’s followed by an entourage of loyal retainers. Peter Oborne: It's time to end the sycophancy over Boris Johnson
Read More »

It’s a well-documented contemporary phenomenon that powerful men in politics and business flout dress codes as a statement that they are much more important than how they’re dressed. But Dominic Cummings, Prime Minister Boris Johnson’s strategist and senior adviser, is different.

And not just that: he’s sending out a statement that he holds Britain in contempt too, including his attitudes towards its institutions, its values, its rule of law and its parliamentary democracy.

To further his cause, he can rely on the support of an army of client journalists who crowd around him for access and information. They tend not to ask difficult questions about his ultimate objectives or who funds him.

Large sections of the British media share much of his destructive agenda, craving access and information. In return, Cummings receives their protection.

Above all, Johnson relies on him absolutely. Britain is run this autumn by a tiny gang inside Downing Street - a gang that came together in the dishonest Vote Leave campaign, which drove the Brexit vote.

Crucial to this is Michael Gove, the cabinet minister in charge of Brexit preparations. The leader may be Johnson, but the architect is Cummings. Many judge that Johnson is his useful tool or puppet.

I have attended every single Conservative Party conference since 1992. This one is the only one where I’ve felt scared.

The Conservative Party I have supported almost all my adult life scarcely exists anymore. Johnson, in his speech to party activists this week, spoke of a One-Nation Toryism, laying claim to a tradition that dates back to his predecessor, Conservative Prime Minister Benjamin Disraeli, 150 years ago.

But the party he leads is not One Nation. It’s turning fast into an English national party that is venomously opposed to everything Conservatism has traditionally stood for.

It’s against the rule of law, disagreeing with the Supreme Court judges who humiliated Johnson by declaring that his decision to shut down Parliament for five weeks was unlawful. It is hostile to the tradition of parliamentary democracy, which in Britain dates back nearly 350 years, to the constitutional settlement set in train with the 1688 Glorious Revolution. 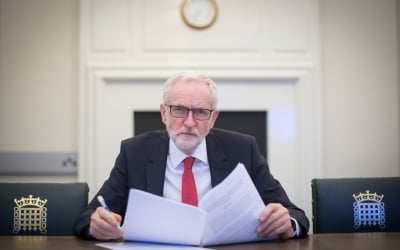 Peter Oborne: Jeremy Corbyn can save the UK economy from the perils of a no-deal Brexit
Read More »

Johnson constantly refers to the European Union (Withdrawal) (No 2) Act, which ruled out a no-deal Brexit, as the Surrender Act.

In other words, he is suggesting that the MPs who voted for it are traitors or collaborators with foreign powers. Twenty-one Tory MPs have been stripped of the Tory whip and others have left in despair.

It breaks my heart. The Conservative Party used to celebrate the British values of good humour, decency, rule of law, tolerance and a certain gentle eccentricity.

Johnson’s Conservative Party speaks with one voice. There was no debate at this week’s conference. There were none of the divisions and arguments that dominated Jeremy Corbyn’s Labour Party conference a week earlier.

The conference's refrain was: “Get Brexit done" - but the truth is that you can’t just “get Brexit done” by leaving the European Union on 31 October, as Johnson says he is determined to do. Such a move will lead to a fresh period of chaos, as Britain seeks to achieve new trading arrangements with the EU - a process that will take years and cause enormous chaos and disruption to the British economy.

Almost all serious businessmen are appalled by this course of action. But the Conservative Party is no longer the party of business. It’s becoming the party of anger and resentment. 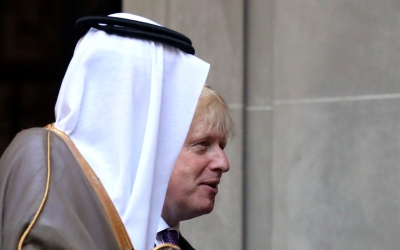 Downing Street has been accused by former ministers of inciting violence. Johnson started this in Parliament last week, when he suggested that the best way MPs could avoid death threats and other forms of abuse was to carry out Brexit.

There were more examples in Manchester. James Cleverly, the Tory chairman, said that there would be violence in the streets if Brexit does not happen.

This is dangerous and dishonest. For all of the acrimony and bitter disagreement over Brexit, there has been no civil disorder on the British streets. But ministers this week were talking it up by introducing the idea into popular discourse. It almost feels as if they want violence to happen in order to push Brexit through.

Parliament can stop Johnson leaving the EU without a deal on 31 October. Johnson says that he badly wants a deal with Europe. On this point, I believe him. He knows the dangers of No Deal.

This week, the British government unveiled details of its plans to solve the problem of the Irish border after Brexit. It proposes that Northern Ireland stay in the European single market for goods but leave the customs union, meaning there would need to be customs checks around the UK border with the Republic of Ireland.

Many experts who have examined the proposals say that they are unworkable. I am not so sure. I believe it’s entirely possible that Johnson will strike a deal when he meets European ministers at the EU Council meeting on 17 October, meaning Britain will leave the EU by the end of the month.

The EU does not want to risk Johnson using his failure to strike a deal to engineer an election.

Although the case for an election in the event of an EU extension is overwhelming – Johnson now leads a minority government and cannot press through legislation – the election will be ugly.

In his campaign, Johnson will mobilise “the people” against what Tories now call the “Remainer establishment”: judges, MPs, Parliament, big business, the British civil service. In other words, the British state as currently constituted, and its supporters in the private sector. If Johnson wins, he will have a free hand.

We are approaching a climactic moment in the long Brexit crisis that began when former prime minister David Cameron announced a referendum five years ago. The shape of the United Kingdom, for decades to come, may be decided during the next three weeks. 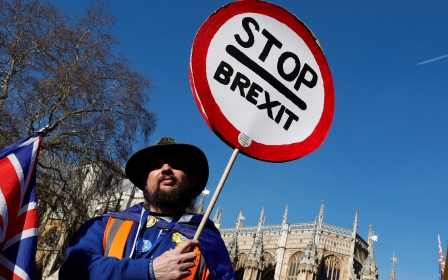