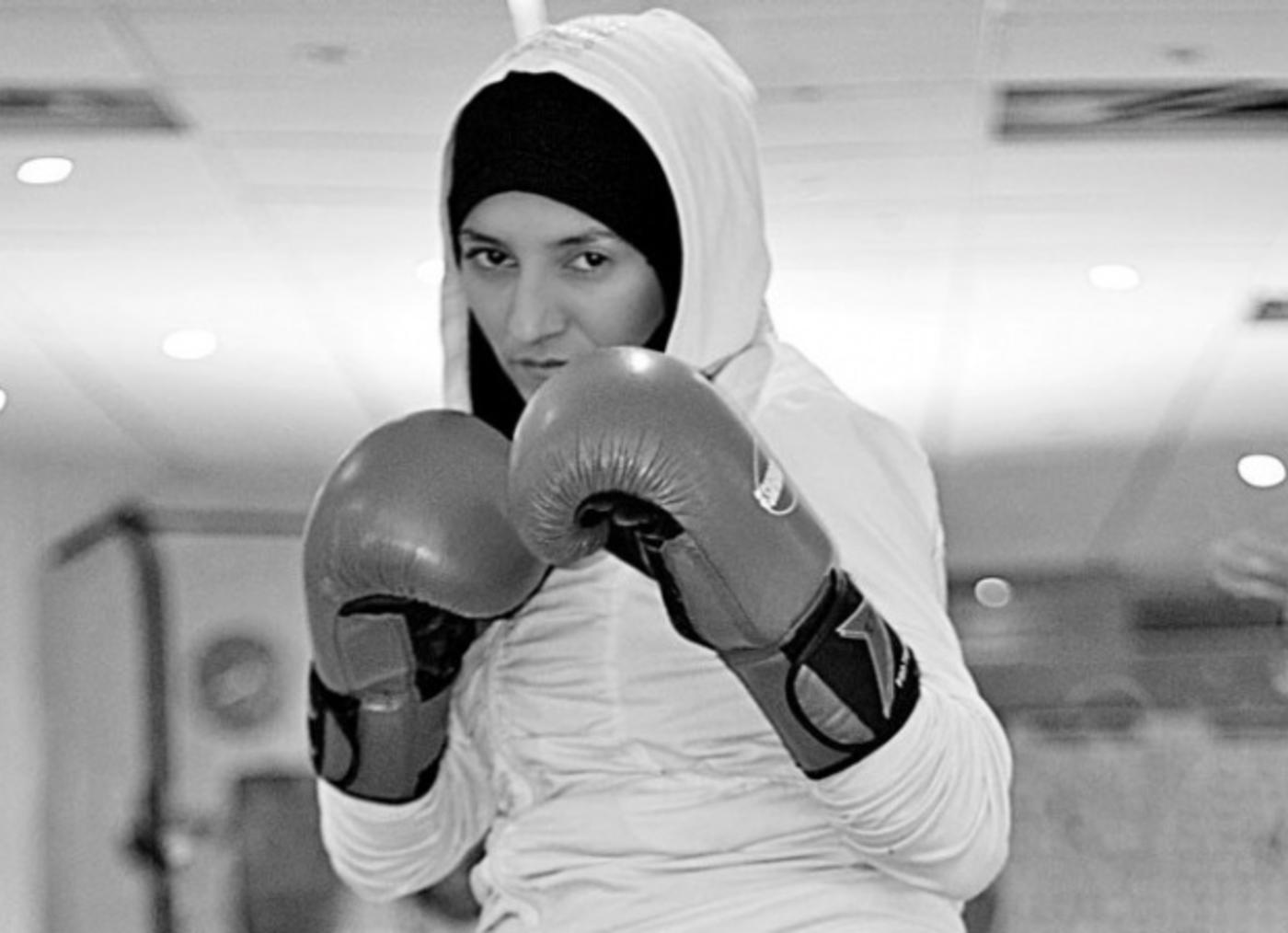 The Ofsted hijab debate has created a bit of a maelstrom across the social media-sphere. It has also revealed some of the tensions that exist within Muslim communities, who have been challenged but potentially also somewhat thwarted in their ability to respond to the situation.

From an Islamic point of view, at its simplest level, hijab refers to modesty. Invariably, this modesty applies to both men and women

It started with a Sunday Times headline story stating that Ofsted would now be asking children at primary school why they are wearing a hijab. This begs all sorts of questions about the precise aim of Ofsted in targeting, and very likely traumatising, young girls over the question of their identity, their preferred clothing and their belief systems.

Ofsted is supposed to be a secular institution, so why is it meddling in the affairs of Muslim lives, where a focus on a piece of cloth is surely no replacement for a concentration on standards, quality and leadership in education?

Surely, these young girls are not choosing to wear the hijab themselves, we are told. Certainly, it is implied, they cannot possibly discern its symbolic and actual value at that age and so it must be a symbol of oppression. There is more than whiff of the old colonial saviour complex in all of this.

British Muslims are not responsible for the idiotic justifications of older white men who see younger brown women as weak, pliable or exploitable

Let me expand this somewhat and ask some basic questions. What is this hijab for, what does it provide, what value does it proffer? From an Islamic point of view, at its simplest level, hijab refers to modesty. Invariably, this modesty applies to both men and women.

Modesty is a great thing and I am sure that many of us across the world could benefit from a little bit less showing off and a touch more humility.

Putting that to one side, what is this current fuss all about? Is the view that young girls are being potentially taken down a path of radicalisation, Islamism and extremism inculcated into them by their conservative, inward-looking parents who see no value in their existence in Britain apart from it acting as an empty vessel for what is their ultimate journey to be with their maker?

Now all of that sounds a bit overblown, and of course, it is, because I am trying to stretch a point. Young girls wearing hijabs are no indication of radicalisation at all. The reason why I am confident about this is that at the age of seven or eight or even 10, such a notion is beyond the imagination or interest of any child.

This is true even if parents are perhaps likely to hold conservative views, potentially seen as regressive by some, and, certainly so by those who wish to rid the world of all forms of Islam per se.

Ofsted talks about the sexualisation of young girls by the wearing of the hijab. “While respecting parents’ choice to bring up their children according to their cultural norms, creating an environment where primary school children are expected to wear the hijab could be interpreted as sexualisation of young girls,” Ofsted head Amanda Spielman said.

There is a point here and it is an ironic one. It reflects the perhaps paradoxical status of the hijab in what is or, was, a liberal social democratic society.

The hijab is not strictly about desexualisation, but for some women, it clearly acts at that level, and it is something that they strive for in their pursuit of perfection as a true believer.

The idea that the hijab turns a child into a sexual object is quite ridiculous and quite dangerous.

It turns children into sexual objects whose pre-sexuality is transformed into pre-thought crime. However, here we have to remember that we live in a society where paedophilia is rampant in all institutions, from the echo chambers of Westminster, to the hallowed halls of the BBC, to the quiet parishes of lazy old towns, and beyond.

Many mothers who don the hijab for fear of unwanted attention seemingly find that the attention increases, with poll after poll confirming that the victims of Islamophobic attacks tend to be visibly Muslim women, which is women wearing hijabs, and the perpetrators tend to be older white men.

If Ofsted does pursue its warped position on this, and the campaigners win the day, society will be worse off because of it. We all lose

In many ways, wearing the hijab is having the opposite effect of its aims, which is to take attention away from the human form. British Muslims are not responsible for the idiotic justifications of older white men who see younger brown women as weak, pliable or exploitable.

Muslim parents worry about what society has to offer their young girls and so wish to protect them from harm.

They want to raise a child into an adult as a confident, self-assured and capable human being, which is very much what we can see when we look at all of the statistics regarding educational performance levels of second-generation British Muslim women, invariably the mothers of these young girls today.

However, Britain has changed considerably over the last two decades. What was certainly a much more tolerant society has become a myopic, inward-looking space in which many people are unsure of their futures as Britain sails into the sunset of its post-EU future.

England is unsure of which way the wind is blowing or if all the sails are set or if, in fact, there is a rudder on the ship and an anchor when it finally reaches the shore. Educated, smart, professional Muslim parents are holding up a set of cultural norms and values that seek to protect their child from the risks that they face.

It is not about the desexualisation of young girls. Therefore, in this case, both Ofsted and the campaigners asking young girls to be questioned about their job choices are wrong on this.

Two wrongs do not make a right. Neither understands the role of the hijab. Neither do they appreciate its ability to act as a catalyst for progress among Muslim women. If Ofsted does pursue its warped position on this, and the campaigners win the day, society will be worse off because of it. We all lose.

I end by stating what I ought to have done at the outset. My position on the hijab as a Muslim man is simply this. It is a girl’s choice to wear it or not wear it. There is no compulsion in religion. My 11-year-old sometimes wears it, sometimes not.

It’s her choice. I lived in Istanbul for six years and on the streets of Istanbul and in my classes, day after day, hijabi and non-hijabi Turkish women rubbed along together as if they were the same.

Some women chose to wear it, others chose not to. In 2014, the AKP overturned a seven-decade-old ruling that prevented hijabi women from working in public service posts such as teaching and hospital doctors.

This is where this gets all very political because women’s bodies have always been susceptible to the politics of men. I do not want to stray into this area, as it is the subject for another day. I want to emphasise however that the politicisation of the hijab is a problem in Turkey and it is the problem in Western Europe.

From cases in schools going back to the late 1980s in Britain and in France, the question of the hijab and education has been on the map of journalists and commentators, but with few clear results.

Save for the fact that Muslim women are simply getting on with their lives and doing a thoroughly good job while the men, Muslim and other, find themselves not always able to keep up. These hijab stories will continue pop up as long as Britain does not come to terms with the state of society today.

Muslim women on wearing the veil in Europe
Read More »

The ideology of assimilation through securitisation is simply not working.

Britain is turning ignorance into an art form – a nation that is increasingly seen as inward-looking, myopic, which is also directionless, rudderless, devoid of soul or heart, mean and miserable, drunk on delusion, bowing to the ghosts of empire as it chills the air Britons breathe.

One of the successes of Britain was that it could project outwards, and literally trade on its past (admittedly by omitting the brutal savagery).

An essentialist, idealised, messianic worldview holds up Britain, but it also exposes a dark and dirty underbelly as the nation slips into the realms of the unknowable, self-sabotaging fratricide, and its inability to see beyond an immediate (imagined or real) future.

This is what this and other hijab stories are about, not Muslims. Tunisia Politics
Yes, the choice to wear a hijab is also a woman's right
Safa Belghith