Kamal Alam and Aniseh Bassiri Tabrizi
Recent developments have put good ties between Pakistan and Iran under stress, something the Qatari-Gulf crisis will only fuel further 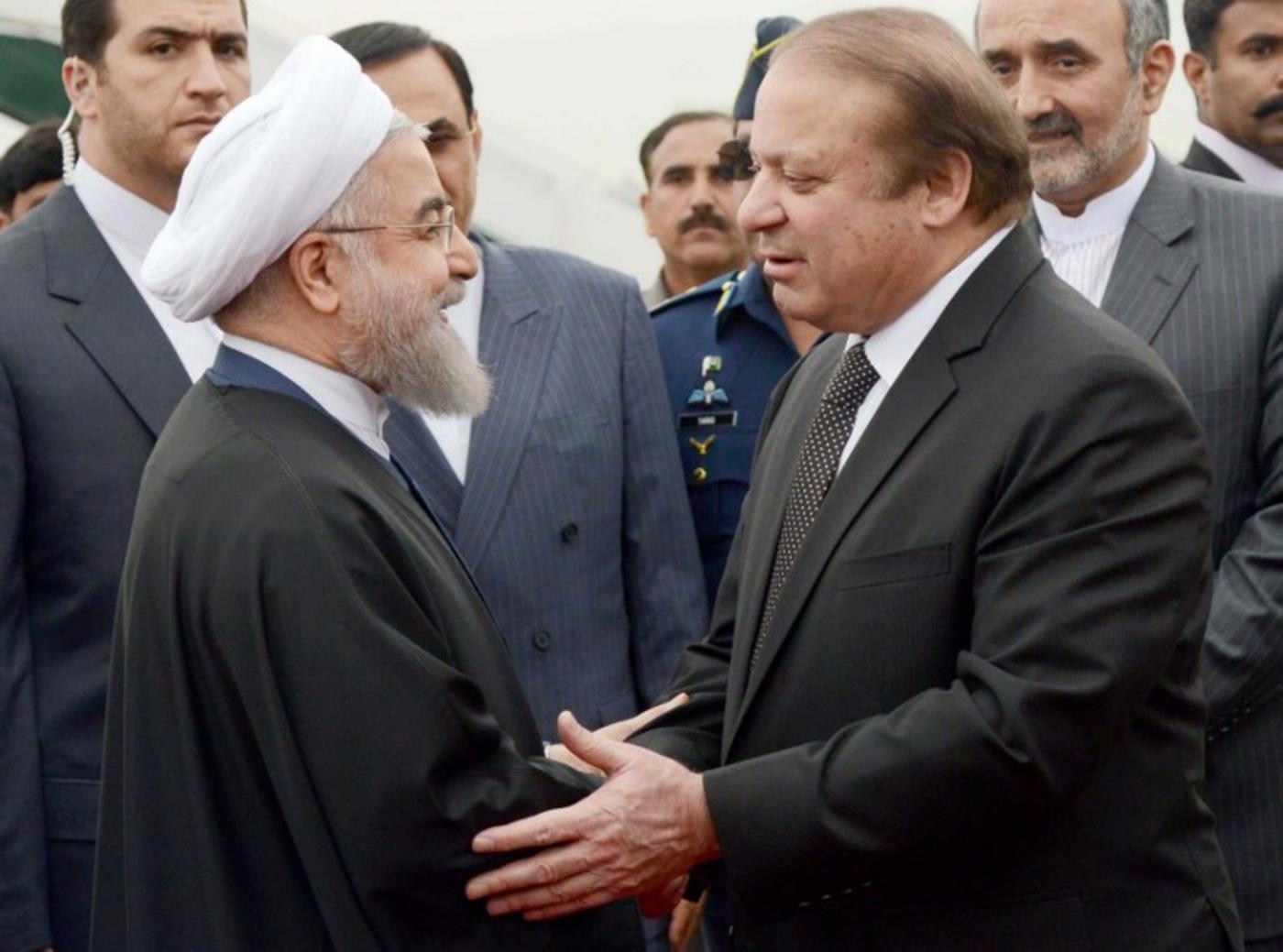 Over the past few weeks, two major developments - the appointment of Pakistan’s General Raheel Sharif as head of the Saudi-led Islamic military coalition and tensions over the shared border - put the generally good ties between Iran and Pakistan under severe strain.

While the two countries are likely to continue working towards joint security and good neighbourliness, regional tensions might hamper their ability to shape a strategic partnership. The recent Saudi-Qatar spat only further fuels rivalry between the two sides, making it harder for Islamabad to maintain its neutral relations with Tehran.

At the end of March, former Pakistani army chief Sharif was appointed as head of the Saudi-led Islamic Military Alliance to Fight Terrorism (IMAFT), also known as the Muslim Nato. This was widely perceived as an attempt to relaunch the alliance which was announced in late 2015 as a foil against the Islamic State (IS) group and terrorism and now includes almost all Muslim states, with the exception of Iran, Syria and Iraq.

Despite the fact that it was notified in advance about the move, Iran reacted to the appointment of Sharif with reservations, in what was perceived as a potential change of position by Islamabad.

Since the beginning of the conflict in Yemen, Pakistan has maintained neutrality, dismissing Saudi Arabia’s pressures to be included in its coalition. This was seen as an attempt by Islamabad to balance its relationship with Iran and create an opportunity to build a coherent strategy for cooperation in the Middle East, as well as a mediating role between Iran and the kingdom. But the recent appointment of Sharif as head of the coalition constitutes a shift in Pakistan’s role and stance on the IMAFT.

Iran’s ambassador met with Pakistan army chief General Qamar Javed Bajwa twice to discuss the issue, but to no avail. Iran’s secretary of the National Security Council, Ali Shamkhani, stated last week, “We should not let any third countries, which do not favour security and good neighborliness between Iran and Pakistan, affect friendly ties between the two countries”.

To assuage Iran’s concerns, over the past week, senior Pakistani officials have stated, both publicly and in private, that the alliance will focus on intelligence sharing among its members, particularly to avoid the threat of foreign fighters returning to their home countries.

They also stressed that IMAFT is “against terrorism, not any country” and that Pakistan will not take part in any military or diplomatic manoeuvre against Iran at the behest of Saudi Arabia, on the contrary trying instead to work toward a rapprochement between Riyadh and Tehran.

The Pakistani military, however, has also said that the defence of Saudi Arabia is akin to the defence of Pakistan, raising apprehension in Iran about a newly developed Saudi sphere of influence when across the wider Middle East. Bajwa ultimately called on Iran to respect Pakistan’s decision to join and lead the coalition, just as Islamabad respected Iran’s choice to strengthen an alliance with its main rival, India.

Adding to the tensions, the two countries also had a series of heated exchanges following clashes on the shared 900-kilometre border.

At the beginning of May, 10 Iranian border guards were killed in a town near the Iran-Pakistan border by Jaish ul-Adl (Army of Justice), a Sunni armed group operating in Iran's Sistan-Baluchestan province and attacking domestic security forces and Revolutionary Guards with the aim of leading the Baluch people towards independence from the Iranian government.

Iran believes that the group is based in Pakistani Balochistan and enjoys the support of countries in the Gulf and the West. Similar incidents have taken place in the past, but in this instance they have generated an unprecedented political fallout. The Iranian police, for the first time, stated "the Pakistani government bears the ultimate responsibility of the attack", given that the border guards were killed by long-range guns.

Following the attack, the Iranian chief of general staff threatened to hit safe havens inside Pakistani unless it tightened control and did more to prevent cross-border attacks. During his visit to Islamabad, Iranian Foreign Minister Mohammad Javad Zarif also called on Pakistan’s prime minister, Nawaz Sharif, to improve border security.

Iran President Hassan Rouhani wrote a letter to Sharif in which he stressed: “Iran’s soil has never been abused against any of its neighbours including Pakistan,” adding that Iran “is very disheartened that it is repeatedly transgressed upon from Pakistani soil by armed bandits and terrorist hirelings”.

While it is unlikely that the cross-border attacks or the recent repositioning of Pakistan in the IMAFT will trigger any confrontation between the two countries, these developments are certainly going to further weaken the potential for a stronger economic and security partnership.

The two countries now describe their respective emerging ports (Chabahar and Gwadar) as “sister ports” and no longer as competing ones, with Iran even inviting Pakistan to be part of the joint venture with India and China; they raised the potential for joint negotiation together with Russia and China over a political resolution in Afghanistan; they also reprised talks over the Iran-Pakistan gas pipeline.

However, cooperation on each of these fronts faces significant challenges. Despite the fact that Tehran has completed its part of the Pakistan-Iran gas pipeline for over a year now,pressure from Saudi Arabia (as well as the US) to avoid any large infrastructure projects with Iran has led Islamabad to delay its contribution to the much heralded pipeline.

Similarly, while somewhat managing to harmonise their differences over Afghanistan, particularly after Iran’s changed attitude towards the Taliban and the common threat perceptions over the rise of IS in the region, Pakistan will not refrain from seeking the involvement and support of Saudi Arabia, triggering concerns in Tehran.

Whereas Tehran and Islamabad thus value the importance of a solid bilateral relationship, the challenges to its actual implementation are manifold, leaving little prospects for a strategic partnership between the two countries in the short to medium term. This will engender the continuation of instability in the region through the escalation of sectarian tensions, terrorism on the border and the enduring conflict in Afghanistan.

- Aniseh Bassiri Tabrizi is a Research Fellow at RUSI. Her research is concerned with security in the Middle East, with a particular focus on Iran’s foreign and domestic politics. She completed her PhD project at the War Studies Department of King’s College London, focusing on the diplomatic initiative of France, Germany and the UK (E3) on the Iranian nuclear issue.