How art, literature and film inspired a global Palestinian consciousness

Hamid Dabashi
Today, Palestine is no longer just a Palestinian issue. The whole world has a stake in their eventual triumph 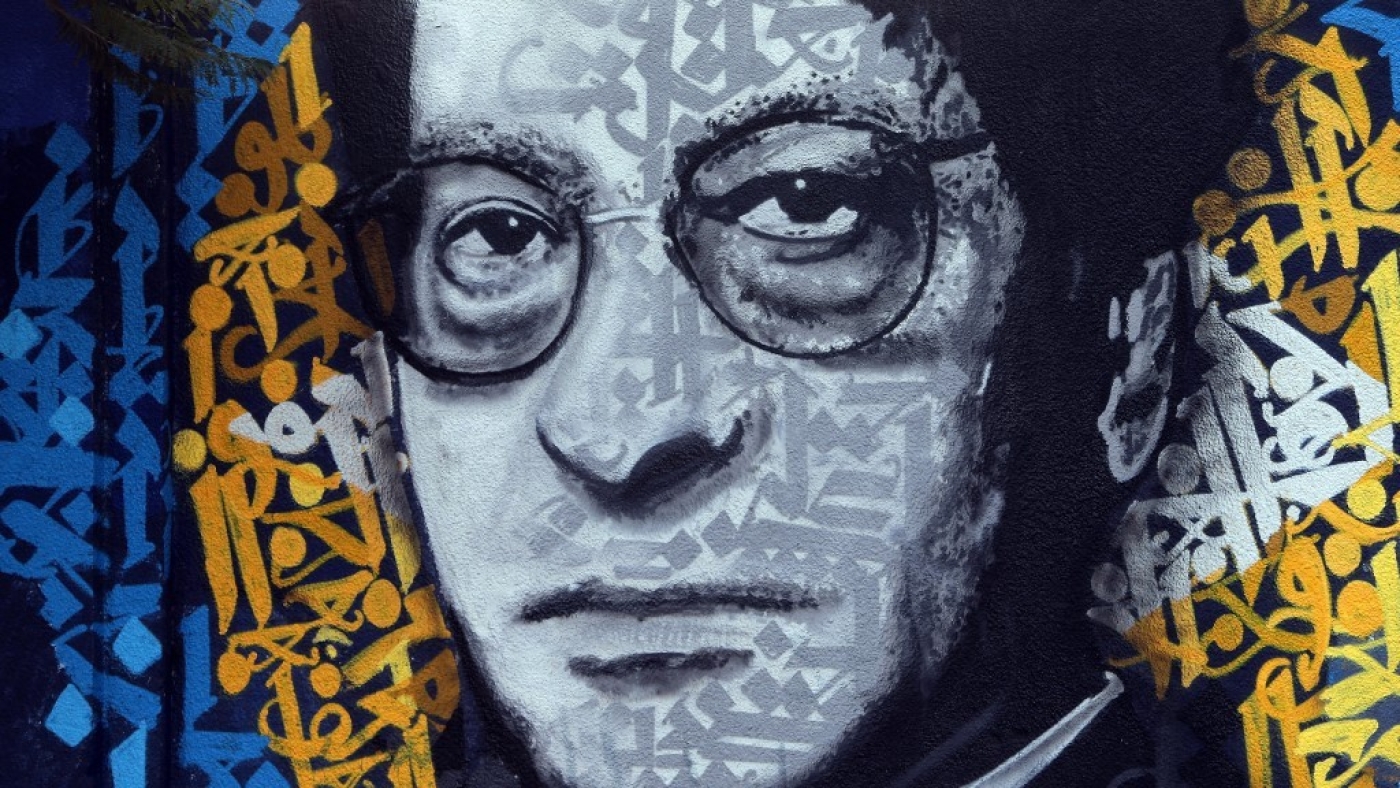 I was recently invited to the ninth edition of the Palestine Cinema Days film festival, which took place in Ramallah from 1-7 November. Because of various travel restrictions, I was unable to travel to Palestine in person and had to deliver my talk via Zoom.

Launched in 2014, Palestine Cinema Days is the only international film festival that takes place inside Palestine. It is not “in solidarity” with Palestinians; it is by Palestinians. The much-anticipated event was spread over multiple cities, including Jerusalem, Ramallah, Haifa, Bethlehem, Nazareth and Gaza.

On the 40th anniversary of the Palestine Liberation Organization (PLO)’s departure from Beirut in 1982, the festival this year screened selected films depicting this seminal period, along with a series of panel discussions revisiting the event. In the grand, noisy frame of global politics, very little attention was paid to this anniversary - but for those of us committed to the Palestinian cause, the event had profound historical significance.

How do we measure the rise of the Palestinian cause from a mere national liberation movement to a larger-than-life global consciousness with far-reaching moral and political resonance? In my presentation, I revisited some major iconic moments in Palestinian and Arab film, fiction, the arts, and critical thinking in the aftermath of Beirut in 1982, which have over the last four decades radically relocated the Palestinian cause on a global scale. They are by no means exhaustive or encyclopedic, but they represent something larger than their collective summations.

The historic trauma of the August 1982 exit from Beirut arguably had a catalytic impact on the Palestinian national consciousness, with obvious social and political consequences. But this sublimation was not limited to Palestinians’ own self-awareness, and had far-reaching global implications in terms of the texture and disposition of the Palestinian cause.

The continuing Palestinian drama consists of multiple landmark traumas, including the Nakba of 1948, the Naksa of 1967, Black September in 1970, the October War of 1973, the PLO’s departure from Beirut in 1982, the Sabra and Shatila massacre just weeks later, and the two intifadas that erupted in 1987 and 2000.

These crucial events can be seen as both successive defeats and consecutive expansions of the Palestinian cause. Without these traumas, one can imagine a scenario where Palestine would have emerged as one among many other nations in its neighbourhood from the demise of the Ottoman Empire. With these traumas, however, Palestine has emerged as both a gushing wound and an expansive metaphor for broader global struggles against colonial occupation and injustice.

A few crucial indices over the last four decades mark the transformation of the Palestinian cause into a universal metaphor, which is both a blessing and a predicament. These events have helped to universalise the Palestinian cause, but by the same token, they have delayed its final and decisive liberation.

Consider, for example, Edward Said’s iconic essay, Permission to Narrate (1984), which begins with a report of the international commission of six jurists headed by Sean MacBride investigating allegations of Israeli violations of international law during the 1982 Lebanon invasion, and concludes with a farsighted plea for the Palestinian and Jewish narratives to come together into a tertiary space that transcends tribal identities.

That position might have been offered as a more realistic take on altogether abandoning all national narratives. But ever since its publication, the essay has been widely read as a theoretical foregrounding of accommodating the post-colonial narratives of the dispossessed, hitherto disallowed to be given pride of place.

Equally iconic to this period was Jean Genet’s Four Hours in Shatila (1983), which was among the earliest eyewitness accounts of the immediate aftermath of the Sabra and Shatila massacre. The iconic images he drew became emblematic of the terror that the Lebanese Phalangists and their Israeli supporters had committed against defenceless Palestinians: “Sometimes a dead child blocked the streets: they were so small, so narrow, and the dead so numerous. The smell is probably familiar to old people; it didn’t bother me. But there were so many flies. If I lifted the handkerchief or the Arab newspaper placed over a head, I disturbed them. Infuriated by my action, they swarmed onto the back of my hand and tried to feed there.”

Genet’s account became symbolic for a global awareness of the Palestinian predicament.

But perhaps the most iconic image of this period was Iraqi artist Dia al-Azzawi’s spectacular work, Sabra and Shatila Massacre 1982-3, which immortalised the slaughter of Palestinians in the Beirut refugee camps. Collapsing abstract and figurative sketches together, Azzawi reimagined the horrors of the murder of innocent Palestinians on a cosmic scale - very much reminiscent of Picasso’s Guernica (1937). Both Genet’s poetic musings and Azzawi’s art catapulted the condition of Palestinians into an almost metaphysical truth, beyond the reach of Zionist propaganda machinery.

In 1987, the assassination of Palestinian cartoonist Naji al-Ali immortalised his fictional creation, Handala - who was now cast as the omnipotent, omniscient and omnipresent witness to Palestinian defiance and struggle. Later, leading Palestinian filmmaker Mai Masri’s documentary Children of Shatila (1998) put her caring and confident camera at the service of the youngest victims of dispossession and occupation. 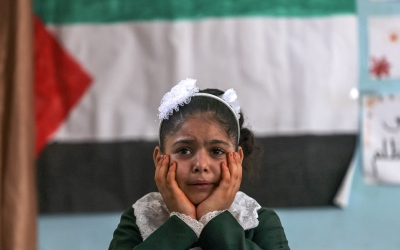 Gaza on screen: How Palestinian truth implicates all of humanity
Read More »

This period is ultimately marked by Mahmoud Darwish’s now-legendary poem, “How to Heal from the Love of Tunisia” - a love letter to the larger world, beginning with Tunisia, which had hosted Palestinians in one of the darkest chapters of their history. That poem alone was critically important in terms of placing Palestine at the heart of national liberation movements around the globe.

Before the turn of the century, Elias Khoury’s Gate of the Sun (1998) offered a sustained reflection on the place of memory in history, where in one stroke of literary ingenuity, he planted Palestinian truth at the heart of the global literary imagination. Equally definitive to this moment was Radwa Ashour’s Specters (1999), where we read two simultaneous accounts - one literary and the other historical, one by a novelist and the other by a historian, each the doppelganger of the other - with the slaughter of Palestinians at the centre of their metafiction narratives.

Between Khoury and Ashour, what Said had theorised as the Palestinian “narrative” had become a veritable truth.

Before long, the exquisite Palestinian playwright, author and essayist Adania Shibli’s novella Touch (2010) placed a little Palestinian girl at the epicentre of a family, a nation and a homeland, where she became the kaleidoscopic vision of all the light and darkness, all the music and cries of her people - with the events at Sabra and Shatila paramount in her traumatised imagination.

To conclude my talk at Palestine Cinema Days, I referenced the Italian videographer Mario Rizzi and his recent work, The Little Lantern (2019), which chronicles the story of Anni Hover Kanafani, an 85-year-old Danish woman who moved to Lebanon in the 1960s to be with Palestinian writer Ghassan Kanafani, and who never left her commitment to the Palestinian cause. Named after a fairytale written by Kanafani, the video brings together fact and fiction to tell the story of an enduring allegory.

There is no legitimate moral, ethical or political project anywhere in the world without the cause of Palestine at the heart of it

From Palestinians, to other Arabs, to countless others around the globe, the result of these and similar iconic events in art, literature and critical thinking is to enable and enrich the condition of Palestine to become something beyond the boundaries of its own immediate purposes.

The point of this rearview-mirror reflection on the history of Palestinian struggles over the last four decades is to see in what particular terms the sustained course of their fight against the tyranny of their fate has consistently been sublated into a larger-than-life global portrait of our humanity.

Today, Palestine is no longer just a Palestinian issue. The whole world has a stake in their eventual triumph. There is no legitimate moral, ethical or political project anywhere in the world without the cause of Palestine at the heart of it. 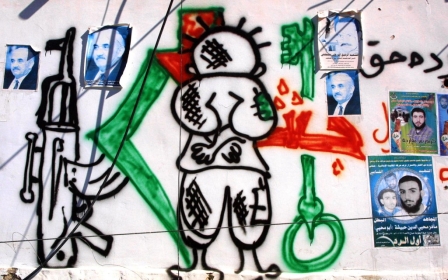 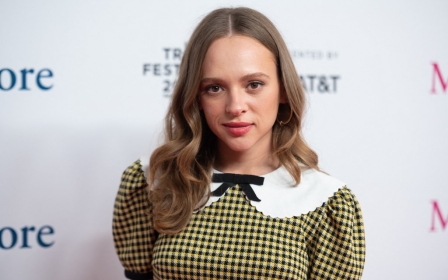 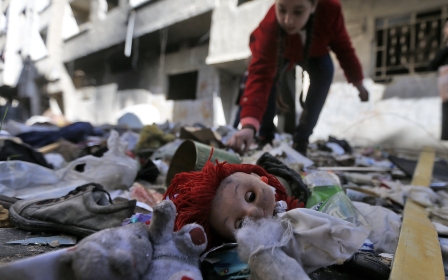 Film
'Diary of a siege': The secret of Palestinian resilience revealed in film
Hamid Dabashi