Nada Elia
After seemingly making progress in the representation of Arabs and Muslims, Hollywood is taking several steps backwards in the upcoming Marvel film 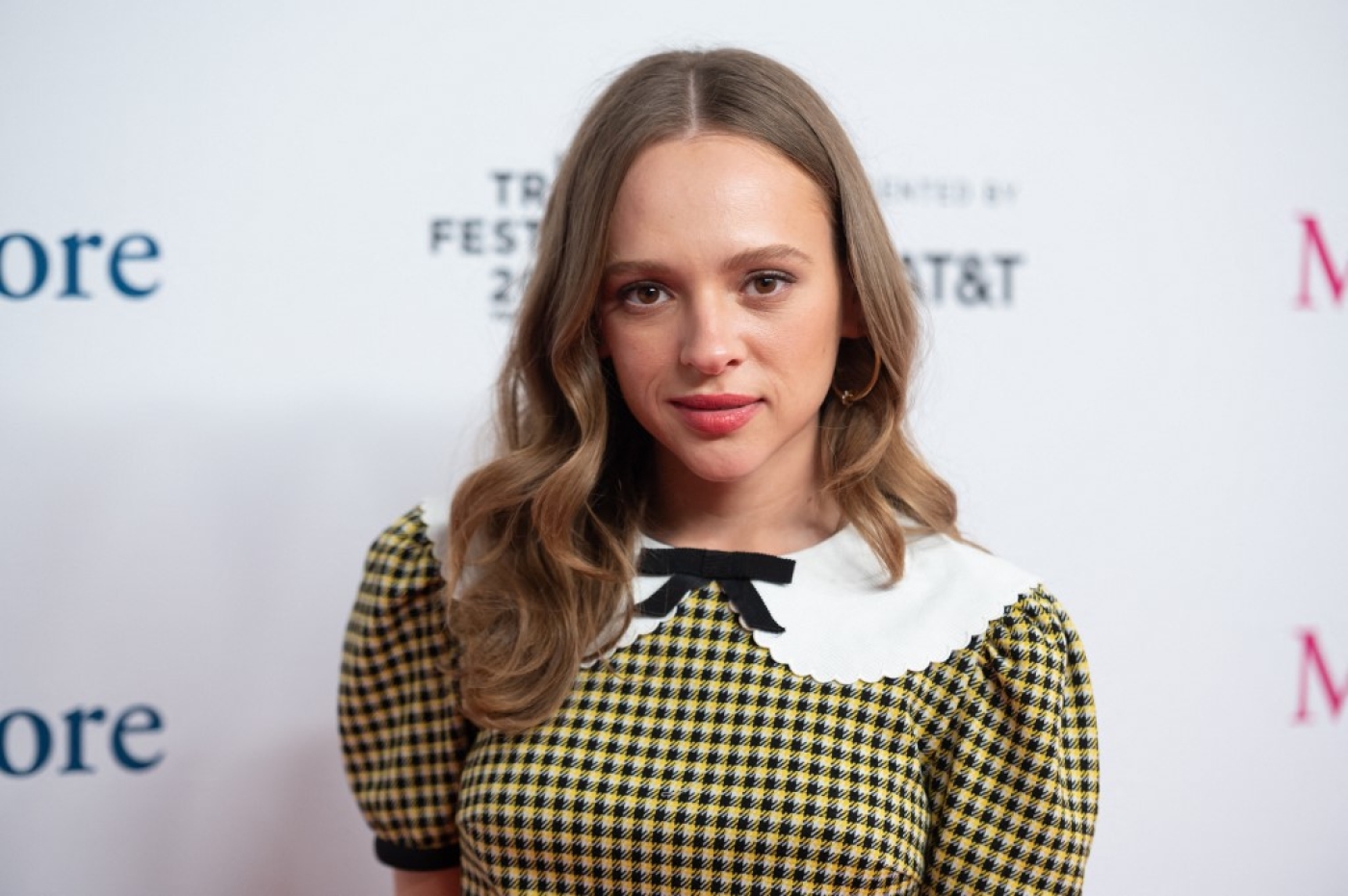 Representation matters. The enthusiastic response to the Netflix series, Mo, has as much to do with the storyline itself as it does with the fact that the titular character is a young, undocumented, Palestinian Muslim male refugee, trying his best to make a living even as his political circumstances inevitably put him on the wrong side of the law.

Mo’s success lies in the series’ redemption of the Muslim Palestinian male, generally depicted as the quintessential bloodthirsty terrorist

The complex character shattered longstanding racist anti-Arab and anti-Muslim stereotypes without a hint of an attempt at passing as flawless, or “respectable”, in the conventional mode - meaning college-educated, white-collar employed, or a doctor or engineer.

Better yet, despite his roughness, Mo is caring, patient, and neither unbearably sexist nor a womaniser.

Still, as a Palestinian feminist, I would say that the two major female Palestinian characters, Mo’s mother, Yusra, and his first lawyer, Rhonda Modad, fall short of satisfactory.

Yusra fits comfortably into the mould of a devoted mother whose primary concerns are her home and sons. Even her cottage industry, making olive oil, is "stereotypical", albeit hinging on a positive image.

Modad, the lawyer, is superficial, incompetent, utterly unlikable, and indeed, disposable. Personally, I was relieved when he fired her. Mo’s Mexican girlfriend Maria, on the other hand, is an accomplished and ambitious entrepreneur who successfully runs her own business.

But Mo’s success lies specifically in the series’ redemption of the Muslim Palestinian male, generally depicted as the quintessential bloodthirsty terrorist; because representation matters, we embraced the series.

As Mo proved so popular, many expressed hope for a second season, and also for additional such cultural productions on mainstream platforms, rather than in the small niches of “independent films” and “social justice” festivals.

A door had already been cracked open with the occasional appearance of Arab actors not-as-terrorists in other television productions, then came Hulu’s Ramy, which earned the Egyptian-American comedian and director a Golden Globe award for his acting; now the door had been pushed wide open with Mo’s contribution. The hope now is that Mo would lift, as he rose.

But as we were still basking in the euphoria of this breakthrough, we got the news that Marvel Studios would be featuring Sabra, an Israeli mutant Mossad agent, in Captain America: The New World Order, scheduled for release in 2024.

For anyone familiar with the Captain America cartoons, Sabra is a controversial, if not outright problematic character, first introduced in 1980 as the alter-ego of Israeli police officer Ruth Bat-Seraph. 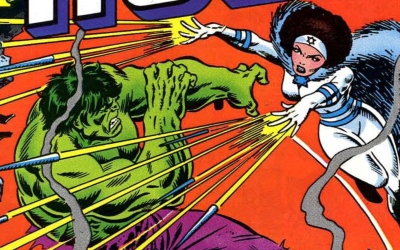 As soon as the announcement was made, social media buzzed with criticism of Marvel’s decision, calling Sabra "Captain Apartheid" and quipping that her many powers include "demolishing Palestinian homes with her mind and assassinating Palestinian children with her laser beam eyes".

"Sabra is all kinds of wrong", wrote Belen Fernandez. Indeed, even her name is unfortunate:  for Palestinians, "Sabra" is the name of the refugee camp that witnessed the horrific massacres in 1982 - an attack as indelible in our memories as the 1948 Deir Yassin massacre.

And Marvel’s announcement of this casting, within days of the commemoration of the massacres, added insult to injury.

For Zionists, however, Sabra refers to an Israeli-born Jew, and as such is a source of pride, of achievement: the startup country is no longer in its infancy, it is multigenerational.

But moving away from the name, to look at the symbolism of the character, it is hard not to notice that the attempt at refurbishing Israel’s image - and yes, there is absolutely a recognition among Israel apologists and advocates that Israel’s image is no longer as shiny as they would like it to be - comes through a woman.

This is important because Israel’s image is one of excessive aggressiveness, and militarism, which is still viewed as a masculine phenomenon, even though women can be and are militaristic. As Sabra, played by the petite Shira Haas, tells the Hulk, “I’m small but mighty."

As most liberals grow more critical of militarism, Israel needs to redeem the image of the military, and what better way to do so than with a small but mighty woman?

But women are also expected to have more nurturing feelings, to care for children, so the fact that Sabra is a woman is strategically important for Zionist propaganda.

And indeed Sabra, the Israeli “supersoldier” who had only ever thought of Palestinians as terrorists and murderers, actually breaks down, as a woman, when the Hulk forces her to look at a dead Palestinian child. For a man to have done so would go against social expectations, but it’s acceptable for a woman.

In reality, however, and since Zionism is incompatible with feminism, or even with mere human decency, the more prominent Zionist female political figures have not been so kindhearted.

The Shalvi/Hyman Encyclopedia of Jewish Women describes Golda Meir as a "queen bee, a woman who climbs to the top, then pulls the ladder up behind her".

Israeli Interior Minister Ayelet Shaked openly advocates genocide, as she argues that the mothers of alleged Palestinian militants should be killed, so that they do not produce more "little snakes". But Sabra is supposedly different - her own son was killed, but she becomes "human" at the sight of a dead Palestinian boy. As the comic strip explains, Sabra may be a supersoldier, "but she is also a woman, capable of feeling, capable of caring".

Whoa, so much for gender stereotyping; are men incapable of caring?

One can only wonder why Marvel decided to include this character, but a possible reason is that it needed to counter the positive representation of Muslims in Ms Marvel, whose lead is the young Kamala Khan, a nerdy Pakistani-American superhero.

Like Mo, the Ms Marvel mini-series also proved extremely popular, filling a gap for millions of young Muslims. Indeed, when Marvel announced that it would be featuring Sabra, many commentators on social media noted this unfortunate reversal.

Ultimately, Sabra’s character is not just propaganda, it is, specifically, genderwashing. As most progressives and liberals grow more critical of militarism, which Israel will not abandon, that country needs to redeem the image of the military, and what better way to do so than with a small but mighty woman?

A male soldier would not be acceptable, and neither would a large dark woman. A feminine, sensitive, white woman, on the other hand, redeems Israel’s image.

The chorus of denunciations of Marvel’s Captain America: New World Order, however, shows that we see through this. Ultimately, Sabra is flawed in ways that make her unattractive, rather than more human. 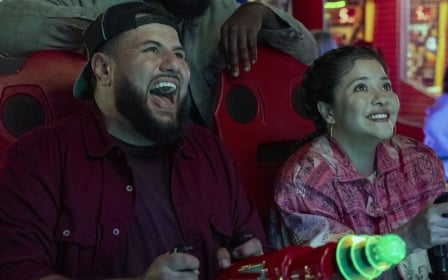 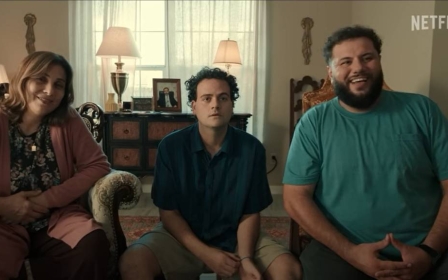 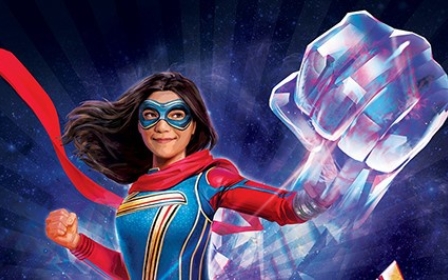