The Israeli superhero first appeared in Incredible Hulk in the 80s, where she was a Mossad agent, and will be cast in the new Captain America movie 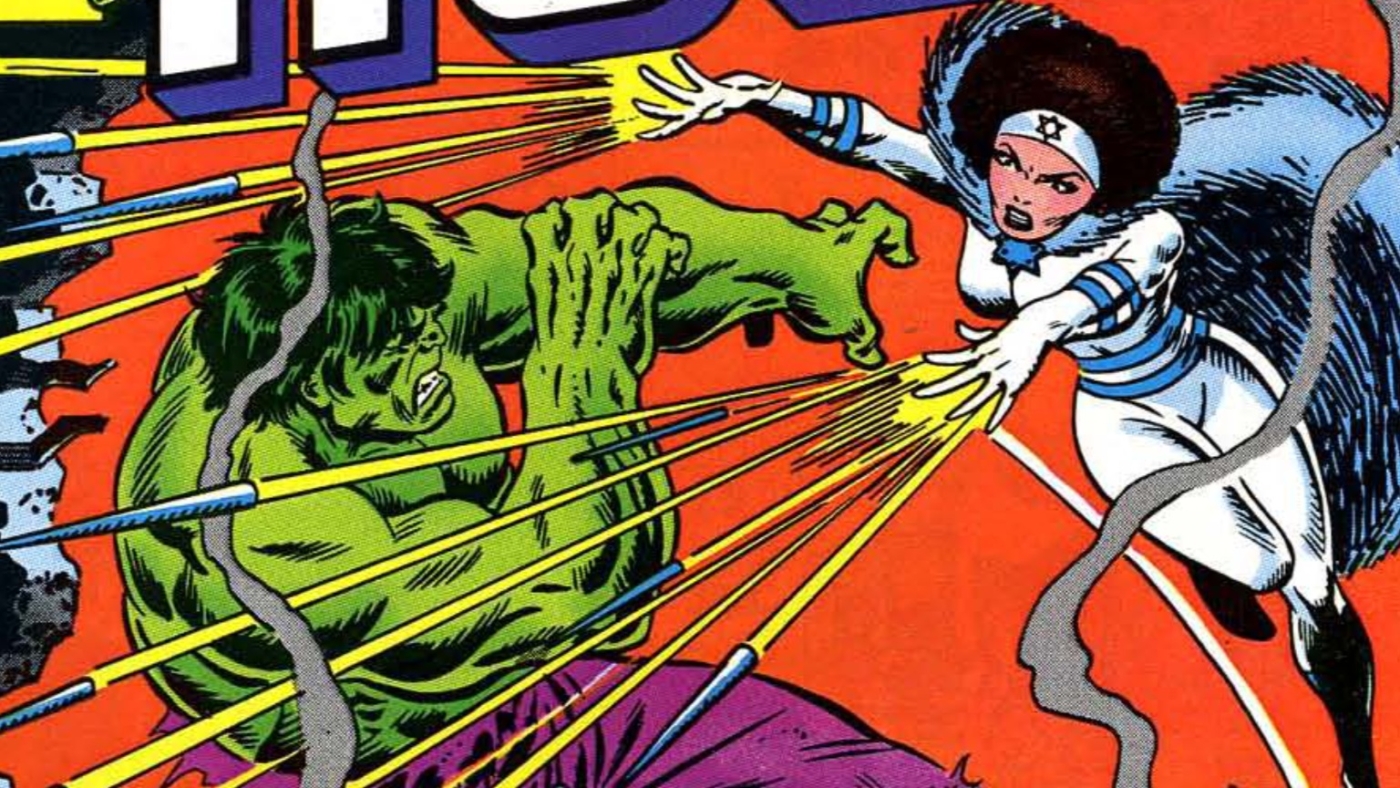 In issue 256 of Marvel's The Incredible Hulk, entitled Power and Peril in the Promised Land, the titular hero finds himself swatting away Israeli soldiers as he rampages towards Tel Aviv.

After escaping the soldiers, he ends up in an Arab district, identifiable as such by the crowds wearing traditional Arabian robes.

There he rescues a wisecracking Arab boy, who is set upon by angry hawkers for stealing a watermelon from a market.

In between the rescue and the inexplicable bomb attack by masked Arab men, the young thief, named Sahad, is able to impart a thorough explanation of the Israeli-Palestinian conflict.

"They could share (the land)," he says, but, "Two very old books tell them they must kill each other over it."

Sahad is immune to the imperative laid out in the holy texts because he does not "read books", but the force of the gunmen's bomb blast proves a different challenge and he ends up dying in the Hulk's arms.

Mossad "weapon of war" and Israeli superhero Sabra misses the encounter and assumes the green giant is in cahoots with the Arab fighters, launching into an attack.

Sabra, whose civilian name is Ruth-Bat Seraph, chases the Hulk as he carries Sahad's dead body and the two battle it out to stalemate, before the Hulk delivers an impassioned monologue:

A forlorn Sabra watches over the boy, visibly moved by the Hulk's words.

Melodramatic, simplistic and replete with crude ethnic stereotypes, the issue of The Incredible Hulk was par for the course for comic books in the 80s.

The industry has since had somewhat of a moral awakening with regard to its depictions of characters and cultures that are not white.

Today the franchise, now owned by Disney, is known for Ms. Marvel, a TV series centred around its first Muslim superhero, and Moon Knight, a series that draws on Ancient Egyptian mythology and features the first Arab female superhero, the Scarlet Scarab.

Now would be a good time to share again this amusing strip from a #Marvel in which the Jewish-Israeli superhero #Sabra meets the prejudiced and sexist Arabian Knight. Iron Man tries to make peace... pic.twitter.com/6dSQrBACdn

Whether to redress an imbalance or to reach new and untapped markets, platforms and studios are increasingly giving platforms to Palestinian, Arab and Muslim voices.

Shows like Ramy on Hulu, and more recently Mo on Netflix, are written and directed by the people they are representing, in the case of the latter, the Palestinian comedian Mo Amer.

Last year Netflix also released 32 independent Palestinian films, they were either directed by Palestinians or had a Palestinian cast.

The move was was strongly applauded by Arab audiences, though criticised by some Israeli groups.

The announcement therefore that Sabra, the Israeli "weapon of war", will feature in 2024's Captain America: New World Order has left fans in a state of mild confusion.

Since her debut in the 80s, Sabra has not featured heavily in Marvel comics or films, so the announcement of her starring role in the new movie has some Marvel fans scouring over her earlier storylines and questioning the film's raison d'etre.

Four decades since the comic, things have not changed much since the Hulk's visit to the Holy Land, with a continued illegal occupation of Palestine and, as the Hulk discovered: "No peace."

In fact, one can argue that things have gotten a lot worse, with Gaza now permanently besieged and Israeli military assaults on the region a regular occurrence.

Sabra, as she appeared in the 80s, was a clear representative of Israel; trained in both armed and unarmed combat by the Israeli military, she dresses in a variety of costumes, most featuring aspects of the Israeli flag.

A lot of the social media anger in the aftermath of the announcement that Israeli actress Shira Haas will play Sabra focused on dissecting alleged infractions by the original Incredible Hulk comic.

What has been mentioned less is the question of how a Mossad agent fits into its stable of "progressive" characters and what critics from the right describe as its new found "woke" ethos.

These questions were put forth by Uri Fink, an Israeli cartoonist and creator of a character called Sabraman in 1978, who told the Israeli press he was not sure if Marvel's portrayal of Sabra will be "positive in woke days such as these", adding:

"Those who work at Marvel today are all sorts of progressives. I have nothing against them, but we won’t get the most accurate depiction of the Israeli-Palestinian conflict." 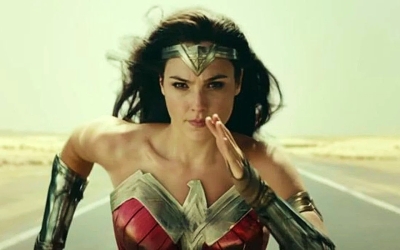 With little besides the name of the actress playing Sabra known so far, it's too early to say how her character arc will pan out and how strong pro-Israel themes within the Captain America movie will be.

Nevertheless, as the anger directed at shows like Fauda, Homeland and Tehran demonstrates, fans of streaming platforms and movie studios are ready to make a lot of noise when it comes to perceived Israeli propaganda.

With regard to the Sabra announcement, the Institute for Middle East Understanding has already condemned the inclusion of the character.

In a statement reported by the Palestinian Wafa news agency, it said: "By glorifying the Israeli army and police, Marvel is promoting Israel’s violence against Palestinians and enabling the continued oppression of millions of Palestinians living under Israel's authoritarian military rule."

A cursory glance at the reaction on Twitter shows that such views are not isolated.

"Marvel really took 10 steps forward with the Muslim rep and then proceeded to take 90 steps back by announcing an Israeli superhero based on an Islamophobic comic book," said one user of the platform, summarising the sentiment among pro-Palestinians.

The reaction among both Israelis and pro-Palestinian activists demonstrates the balancing act Marvel must now attempt: if it's too critical of Israel, it can expect condemnation for being too "woke" and if it is too reluctant to address Palestinian realities, it can expect a reaction from its new found progressive fanbase. 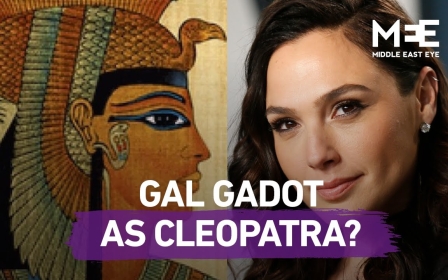 Media
Gal Gadot to play Cleopatra - and the backlash has started 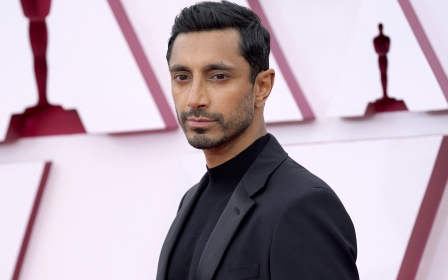 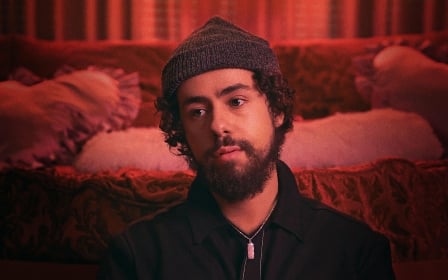