In Palestine, even visiting a father’s grave can be a decades-long battle Later this year, Israel’s Supreme Court will hear a petition filed on behalf of a 70-year-old Palestinian citizen who has one simple request: to visit her father’s grave.

The story of Salwa Salem Copty, of her family’s village and her quest to visit the grave of her father, will, unfortunately, not get the attention from journalists and diplomats that it deserves.

Yet, in addition to the human aspect, this is a microcosm of Israel’s institutionalised discrimination against those Palestinians with citizenship - and an insight into the heart of the so-called “conflict”.

Copty, born in July 1948, never knew her father, who was killed a few months earlier. The family lived in Ma’alul village outside Nazareth, but became internally displaced when the village was occupied and destroyed by Israeli forces. The cemetery where her father is buried is now inside a military base.

Since 2000, Copty has made repeated formal requests to Israeli authorities to be able to visit the cemetery. While none of the relevant bodies have explicitly rejected her requests, neither have they explained the rationale for the endless delays.

In 2015, Copty was allowed to briefly enter the military base, but was not allowed to access the cemetery. Disturbingly, during the visit, Copty saw “excavation work on one side of the cemetery and that excavations had apparently desecrated some graves,” with exposed skeletons visible.

With Copty’s health deteriorating, the Supreme Court petition filed by legal rights centre Adalah may represent her last chance. According to Adalah, “this is the first time a case relating to access to a cemetery located inside a military base has been brought to court”.

‘I want the world to know’

Copty told me she doesn’t know whether or not to be hopeful. “Israel has never been good with us, with all the refugees. I want the world to know what they are doing - 70 years I am waiting.”

The destruction of Ma’alul during the Nakba, the ethnic cleansing of Palestine by pre-state Zionist militias and Israeli armed forces, was a fate shared by hundreds of villages.

After its residents were expelled, the village was demolished, with the exception of two churches and a mosque. As described by Zochrot, “the village today is now covered by a pine forest planted by the Jewish National Fund”, in addition to the military base.

For many years, Ma’alul was a “closed military zone”. Ironically, the only time people were able to visit was on Israel’s "Independence Day”. It was only within the last 10 years that the churches were restored; previously, they were used as animal shelters.

Under Israeli legislation designed to confiscate the land of Palestinian refugees - the Absentee Property Law - even those expelled Palestinians who had remained inside the armistice lines, effectively internally displaced persons, also lost their properties. Despite receiving Israeli citizenship, they were classified as “present absentees”.

As Israeli scholar Hillel Cohen put it: “Israel’s policy was to sever all legal connections between these refugees and their villages and lands.”

Estimates of the number of “present absentees” vary, from at least 15 percent of Palestinian citizens of Israel to as many as one in four. Either way, there are dozens of villages whose inhabitants and rightful landowners live a short distance away, but are prevented from returning. Creation and catastrophe: A survivor's review of 1948
Read More »

The scale of the land confiscation that took place, maintained to this day by discriminatory legislation, is why Israeli authorities - backed by the judiciary - have rejected efforts by Palestinian citizens to return to their communities.

In 2003, the Supreme Court rejected a petition by former residents of Iqrit to return to their homes. During the case, the state claimed that “accepting the petition would have far-reaching and strategic implications that would harm Israel’s vital interests, because 200,000 other displaced citizens have also demanded they be allowed to return to their former villages”.

In a 2008 article on Copty’s case in Haaretz, it was reported that Defence Ministry officials “said the request [to visit her father’s grave] has not been approved yet for fear of setting a precedent”.

Copty’s story is a microcosm of the Palestinian experience of expulsion and discrimination - a story made all the more damning because she is actually an Israeli citizen.

“Israel calls us ‘present absentees,’” Copty told me, “and we don’t have rights to go back home or use our properties.

'Israel tells the world it is a democracy, but it’s a big lie'

“Israel tells the world it is a democracy, but it’s a big lie,” she added. “Maybe it’s democratic for Jews. But we live nearby our villages, and we are not allowed to visit or return.”

Copty’s struggle to visit her father’s grave is part of what she - like many Palestinians - refers to as “the ongoing Nakba”, a catastrophe of displacement and dispossession which Palestinians continue to suffer from, and resist, to this day.

Ben White
Ben White is the author of ‘Israeli Apartheid: A Beginner’s Guide’ and ‘Palestinians in Israel: Segregation, Discrimination and Democracy’. He is a writer for Middle East Monitor, and his articles have been published by Al Jazeera, al-Araby, Huffington Post, The Electronic Intifada, The Guardian, and more. 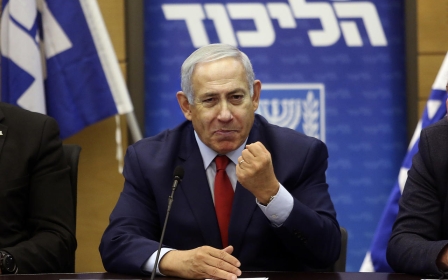