Charlie Hoyle
Once the cultural and economic heart of Palestine, East Jerusalem is suffering from a severe housing crisis after decades of neglect and discrimination in planning and building 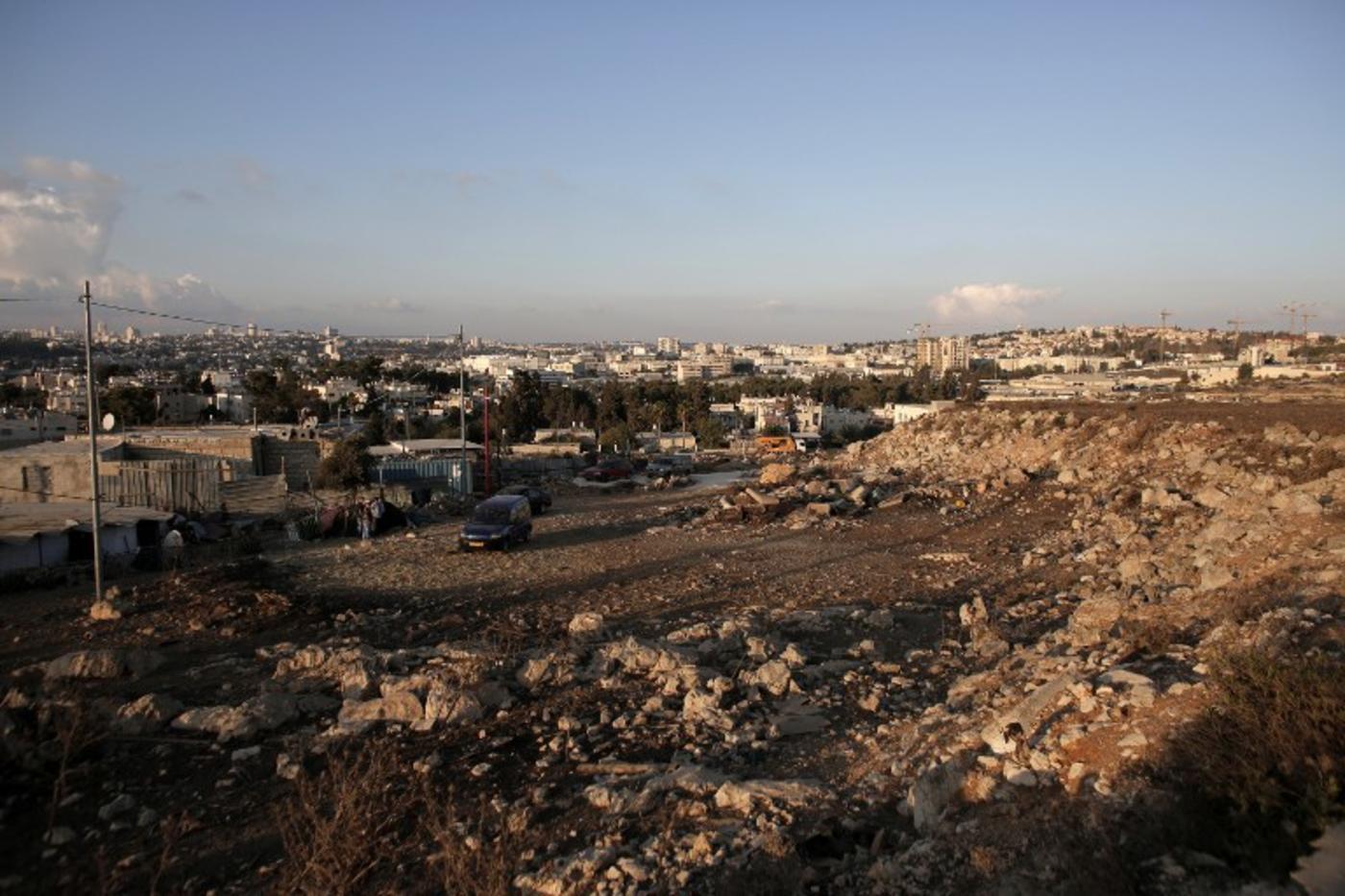 Declared by Israel as its undivided capital, Jerusalem is in reality a tale of two very different cities.

Since 1967, Israel’s government has stifled the economic development of the Palestinian community in East Jerusalem, while simultaneously establishing and expanding illegal Jewish settlements.

“I think it’s very clear if you drive through Jerusalem when you have crossed into a Palestinian neighbourhood in terms of the huge gaps in infrastructure and planning,” Hagit Ofran from Peace Now said.

“It’s no secret that Israel’s government since 1967 has had a policy of annexing as much land as possible without incorporating the people in terms of their basic rights.”

In the same time period - 47 years - no new Palestinian neighbourhoods have been established.

Rights groups say that Palestinians have been restricted to building in only 17 percent of East Jerusalem, meaning their only option is to expand existing properties.

This process, however, requires obtaining a building permit from the Jerusalem municipality, a lengthy, costly, and ultimately uncertain procedure.

Rami Saleh, Director of the Jerusalem Centre for Legal Aid and Human Rights, said there is an annual shortage of 1,500 housing units in Palestinian neighbourhoods to accommodate natural growth.

The shortage of housing units to alleviate overcrowding in East Jerusalem is estimated in the tens of thousands.

Despite this, Israel’s municipality only approves between 100-150 permits a year, forcing Palestinians to build illegally.

“The municipality does not want to give permits for (Palestinian) houses. They are saying that very frankly. They are forbidding us from building houses to build settlements and expand.”

Saleh said that it can take up to six years to finish the process of applying for a building permit, and ultimately permission is rarely granted to Palestinians.

There is also a huge financial burden to obtain building permits, which can cost as much as 110,000 shekels ($29,900) in taxes and legal fees, the equivalent cost of building a new house.

Given the financial and bureaucratic obstacles, many Palestinians choose to build illegally, incurring the threat of having their house demolished by Israeli authorities.

Since 2004, a total of 517 Palestinian homes have been demolished in East Jerusalem, leaving over 2,000 East Jerusalemites homeless, according to rights group B’Tselem.

Dr Rami Nasrallah, head of the International Peace and Cooperation Centre in Jerusalem, said around 22,000 Palestinian housing units out of a total of 45,000 in East Jerusalem have been built illegally.

Roughly 50 percent of all Palestinian homes in Jerusalem are under threat of being demolished.

“It’s two divided cities. The Palestinian city is totally divided from the Israeli side, except for the connection of Israeli spaces, like settlements,” Nasrallah said.

He estimates that at least 1.9 billion shekels ($518 million) would need to be invested in East Jerusalem to bridge the gap in housing, infrastructure and basic services. Currently, only around 10 percent of the city’s municipal budget is allocated to Palestinians, despite forming over 40 percent of the population.

Palestinians in Jerusalem are faced with few choices when it comes to housing.

Residents can live in overcrowded conditions, leave the city and lose their residency rights, or build illegally and hope their home is not demolished.

Hagit Ofran said the looming threat of demolition is a useful tool for Israeli authorities to control the Palestinian population, a constant threat that implies “you have a lot to lose if you don’t behave.”

Jewish residents of Jerusalem face no such restrictions with regards to housing.

Unlike Palestinians, who have to initiate all planning and construction privately, Israeli Jewish citizens buy homes from contractors who have been allocated land by Israel’s government.

“On the west side, the housing ministry will build houses, announce their sale and encourage private companies to buy and contract them. Everything is well-planned,” Rami Saleh said.

The Israeli government considers Jerusalem its “eternal and undivided” capital, according to a basic law passed in 1980 by the Israeli Knesset, and does not differentiate between east and west in terms of sovereignty.

The international community has not recognised Jerusalem has Israel’s capital and sees all settlement building in the east as illegal.

This week, the Israeli government approved 2,610 housing units in the settlement of Givat Hamatos, nearly twice the amount required annually to accommodate the natural growth of Palestinian communities.

An additional 500 settler homes have been built in East Jerusalem since the beginning of 2014, representing roughly a quarter of all new Israeli Jewish homes in Jerusalem.

In addition to ongoing construction in officially established settlements, around 2,000 settlers live in enclaves forcefully established in the heart of Palestinian neighbourhoods.

Only this week, settlers violently took over 25 Palestinian homes in the Silwan neighbourhood in East Jerusalem.

Similar enclaves have been established in the Old City, Sheikh Jarrah and al-Tur.

Ofran said the strategic settler enclaves in the heart of Palestinian communities are designed to gradually transform the neighbourhoods into Jewish areas, creating obstacles to challenging Israel’s sovereignty over East Jerusalem.

Settlement blocs in East Jerusalem, such as Pisgat Zeev, Neve Yaakov, Gilo, Har Homa, and Maale Adumim are designed for the same purpose: To separate East Jerusalem from the West Bank and ensure it never becomes part of a Palestinian state in any future peace agreement.

“The city of Jerusalem is the urban core of the West Bank connecting built up areas in the south, such as Bethlehem, and areas in the north, like Ramallah,” Nasrallah said.

“Now it has been disconnected, fragmented by the wall. Life has shifted to Ramallah and it is no longer the economic or social center of Palestinians.”

“Jerusalem was hijacked from its hinterland.”

- Charlie Hoyle is a senior editor at Ma'an News Agency in Bethlehem.

Photo: Givat HaMatos, a Jewish settlement suburb of annexed east Jerusalem on 2 October. Peace Now, an Israeli group that monitors the building of settlements, said it was extremely unlikely that any Palestinians would be allowed to live in the new settler homes (AFP)