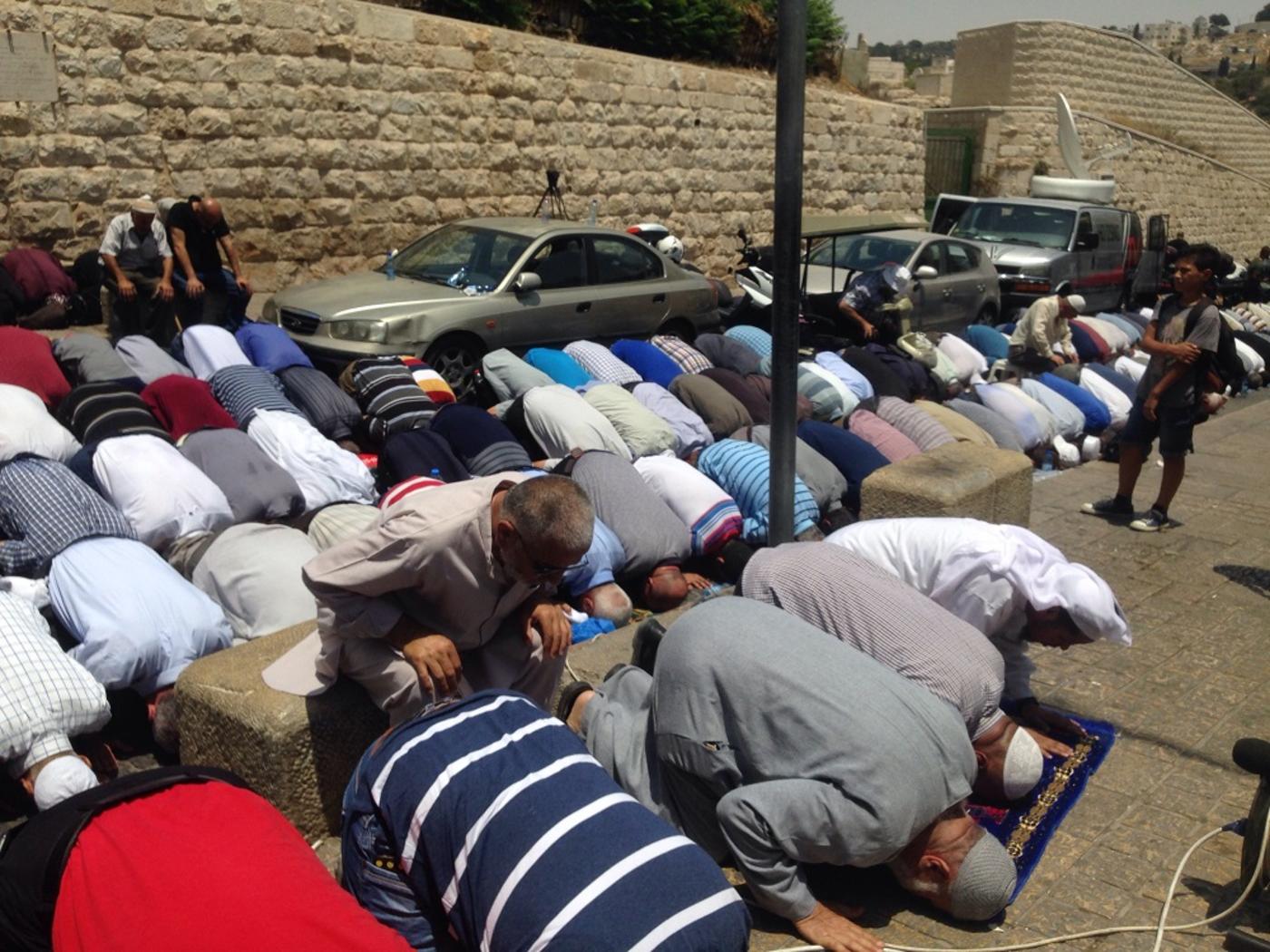 You start each year with false optimism. Things, you tell yourself, cannot get worse for the Palestinians. Each year proves you wrong.

But one precedent stands out above the others: it’s the first time in their 50-year struggle against occupation that Palestinians are well and truly alone.

Never has the gulf between the Arab street and their governments yawned as wide as it has this week over Palestine.

Zakaria al-Jawadah, the father of the 17-year-old Jordanian boy who was killed by an Israeli security guard after he allegedly attacked him with a screwdriver, railed against King Abdullah. “We call on the tribes to demand that man (the Israeli guard) be punished. We want the video footage. We want to know what happened to my son.”

Three cabinet ministers, no less, lined up to tell him that they never will. “The Israeli shooter had diplomatic immunity and we are not allowed to investigate, according to international agreement. But we insisted on listening to his testimony," said one of them, Bashir al-Khasawna, minister of state for legal affairs.

It was already too late. The security guard “Ziv” was safely back in the arms of Prime Minister Benjamin Netanyahu.

Go back 20 years to the way King Abdullah’s father, Hussein, handled Netanyahu in 1997 after Mossad bungled an attempt to kill the Hamas leader Khaled Meshaal in Amman, by spraying a deadly opiate into his ear.

The king of Jordan threatened to tear up the peace treaty with Israel if Meshaal, who was in a coma, died. He got the antidote from the head of Mossad, Danny Yatom, the release of Ahmed Yassin, the spiritual leader of Hamas, and more Palestinian and Jordanian prisoners later.

Just imagine the scandal there would have been anywhere else in the world if police had been prevented from interviewing, let alone investigating, the chief suspect in a double murder, because he was a guard in a foreign embassy.

The country, which trades in the title of custodian of the holy shrine, surrendered the issue of security cameras in the Haram al-Sharif over a year ago. These are the measures Israel is now enforcing around the gates of Al-Aqsa and the Old City with full knowledge that the “custodian” has already agreed to them.

It is about sovereignty

Palestinians did not then and will not now, because this crisis is about sovereignty, not security. So much Palestinian sovereignty has already been surrendered over East Jerusalem (there are 2000 settlers in the Muslim quarter of the old city, over 14,500 residencies have been revoked from 1967 to 2014; and remember Saeb Erekat, the chief Palestinian negotiator offering the then Israeli foreign minister Tzipi Livni the “biggest Yerushalayim in history”) that Al-Aqsa is well and truly the last stand.

For Mahmoud Abbas and the PA, the continued refusal of the Waqf (Muslim religious trust) officials to enter the Haram al-Sharif, or what Jews calls the Temple Mount, is manna from heaven. It’s the epitome of non-violent protest and furthermore it's not happening on his patch in the West Bank, so it costs Ramallah nothing.

It allows Abbas to grandstand, without showing any real leadership. “We support you and are proud of you and of everything you have done. You are caring for and guarding the Al-Aqsa compound, and guarding your lands and your dignity and your religion and the holy sites. This is the appropriate reaction to anybody hurting our holy sites. Jerusalem is our capital and is our sovereignty, and what you did was the right thing. You stood as one man and we support you and support everything you do.”

But in reality they do nothing. Nor do the Saudis. Their strategic aim is to trade with Israel come what may. Recognition of the Jewish state cannot come fast enough. The only regional leader who has made consistent statements in support of unfettered access to Al-Aqsa has been the Turkish president Recep Tayyip Erdogan. That’s the fifth precedent. Never has the reaction of Arab states been so muted.

But that is far from being the whole story.

Fatah and Hamas activists together

On the streets, the crisis has gathered and unified Palestinians irrespective of clan or faction. The cause of Al-Aqsa has done something that years of negotiation over the reconciliation between Fatah and Hamas has failed to deliver. Fatah and Hamas activists are working together on the ground in a bigger movement which includes Palestinians of all factions.

One of the leaders of that movement, Dr Mustafa Barghouti, an advocate of non-violent, civil disobedience, told the Middle East Eye. “We are on the threshold of a big shift. What is going on today is not random or transient. It could be the beginning of a third intifada that is different from the others. What is unique about this is that it’s not individual actions, but a popular movement capable of attracting huge numbers of people. This popular momentum could recharge the Palestinian people. It may take time but we are on the way. It will override the PA. They don't even know it exists. This will bring about a change in leadership.”

Is this wild optimism?

You can see reflections of this abroad. The BDS movement, now into its 12th year, is thriving. Treated by Israel as an existential threat, BDS has become a global movement stretching from Norway to Chile, with millions of allies. It’s unaffiliated, it transcends religion, race, gender and it’s based above all on equal rights. They chant: “From Palestine to Mexico, All Walls have to Go.”

The Palestinian cause is going mainstream, as politicians like Bernie Sanders and Jeremy Corbyn, who were once considered off the political map themselves, become more influential. A litmus test occurred recently in London. Over 10,000 people attended a two-day event, Palestine Expo, despite a fierce campaign by pro-Israel lobby groups to cancel it.

Both outside Palestine and within it a new generation is wresting control of this struggle from an ossified and corrupt leadership that has lost all moral and political authority over its people. To this generation, the peace process never existed. It was a bluff to cover the expansion of Israel to every hilltop on the West Bank. Will they be as easily bought off, co-opted and neutered as the previous generation? Or will they be the ones to achieve what all others failed to?

Judging by the reactions of Arab leaders and states, the Palestinians have never been more alone, and yet their cause is going global. Those Arab leaders should beware. The Second Intifada provided one of the sources of the Arab Spring. What would a third one on the steps of Al-Aqsa do?

Photo: Palestinians pray in the street at Lions' Gate in Jerusalem (MEE/Jacob Burns)