Peter Oborne
The US indictment against the Wikileaks founder, if successful, will have terrible consequences for the free press 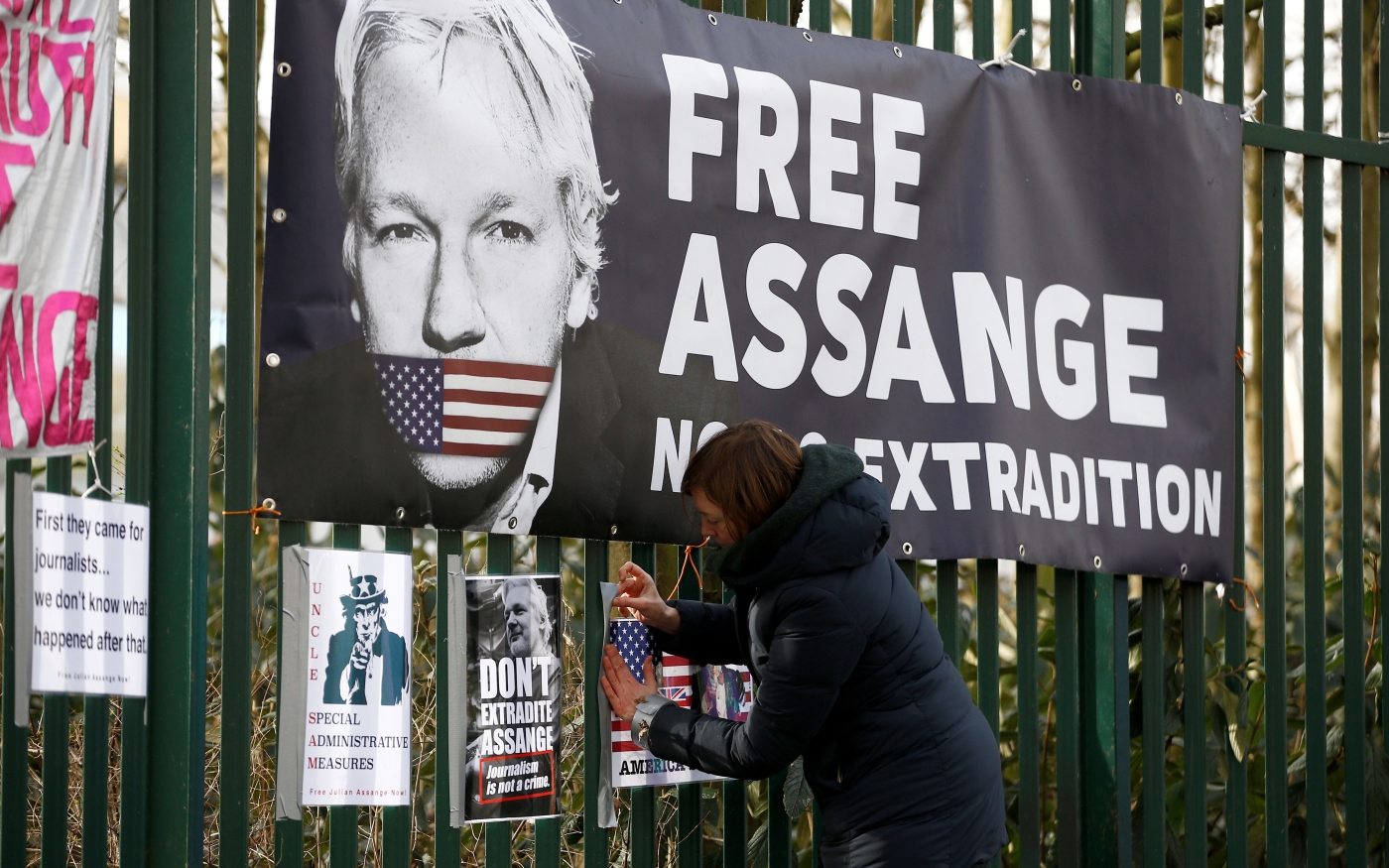 One of the most repugnant political faults is hypocrisy. Politicians say one thing, then do the opposite. This leaves a bad taste in the mouth, and brings public life into disrepute.

The British Foreign Secretary Dominic Raab is a case in point. Sunday saw a grim example of Raab’s double dealing. He said that he supported free speech. "A strong and independent media," declared the foreign secretary, "is more important than ever."

If only the British foreign secretary had meant a word he said. As Raab spoke up for free speech, his cabinet colleague Oliver Dowden led the latest government assault on the BBC.

In a move pregnant with menace, Dowden dispatched a letter to BBC director general Tony Hall complaining about last week’s Panorama documentary which exposed shortages of personal protective equipment (PPE) and expressed concern that health workers will die from the Covid-19 virus.

With his government threatening the media over coronavirus in the UK, it’s no surprise that the foreign secretary has had nothing to say about Egypt’s throwing out of the country of a Guardian journalist in March after she reported on a scientific study that said the country was likely to have many more coronavirus cases than have been officially confirmed.

A foreign office spokesman came up with this: "The UK supports media freedom around the world. We have urged Egypt to guarantee freedom of expression. UK ministers have raised this case with the Egyptian authorities."

The foreign secretary has had nothing to say either about Amnesty’s bleak report yesterday revealing that Egyptian journalists are being flung into jail and accused of terrorism for reporting stories that annoy the regime of President Abdel Fattah el-Sisi.

Saudi Arabia, a British ally, jailed 26 journalists last year alone. Did the foreign office have anything to say? If so I can't find it. No wonder that Britain has dropped to 35th out of 180 countries in Reporters Without Borders’ 2020 World Freedom Index.

Last week, the foreign secretary claimed that the United Kingdom "remains committed to media freedom" during the coronavirus crisis. This, unfortunately, is not true. Nothing shows the emptiness of these claims more than the British government’s handling of the Julian Assange case.

The Wikileaks founder continues to rot in Belmarsh jail as the US demands his extradition on espionage charges. If there was an ounce of sincerity in the foreign secretary’s claim that he is a supporter of media freedom, he would be resisting the US attempt to get its hands on Assange with every bone in his body.

There's not the slightest suggestion that he's doing that. As Human Rights Watch has pointed out, the British authorities have the power to prevent any US prosecution from eroding media freedom. Britain has so far - at least - shown no appetite to exercise that power. Unfortunately for Raab, Assange's real crime is doing journalism.

I’ve never met Assange. Some people that I know and respect say that he is vain and difficult. I believe them. There’s no denying, however, that Assange has done more than every other journalist in Britain put together to shed light on the way the world truly works.

For example, thanks to Assange that we now know about many violations including: British vote-trading with Saudi Arabia to ensure that both states were elected onto the United Nations human rights council in 2013; the links between the fascist British National Party and members of the police and army; the horrifying details of civilians killed by the US army in Afghanistan.

And the US helicopter gunmen laughing as they shot and killed unarmed civilians in Iraq, including two Reuters journalists. An incident that the US military lied about, claiming at first that the dead were all insurgents.

I could go on and on. Vanity Fair called the release of Assange’s stories "one of the greatest journalistic scoops of last thirty years". And so it was. This wasn’t espionage, as the US claims. It was journalism.

Journalism not a crime

The US authorities aren’t out to get Assange because he’s a spy. They want him behind bars for his journalism.

That’s why the consequences are so chilling if Britain gives into the US extradition request and allows Assange to face trial in the United States. Not just for Assange, who faces a long prison sentence (up to 175 years) from which he will almost certainly never emerge.

When we think of the repression of journalists, we automatically evoke foreign lands. We rarely, however evoke or remember our own dissidents

We should be under no illusions. If successful, the US indictment against Assange will have terrible consequences for the free press.

The charges, in the words of former Guardian editor Alan Rusbridger, look like an attempt to “criminalise things journalists regularly do as they receive and publish true information given to them by sources or whistleblowers. Assange is accused of trying to persuade a source to disclose yet more secret information. Most reporters would do the same. Then he is charged with behaviour that, on the face of it, looks like a reporter seeking to help a source protect her identity. If that’s indeed what Assange was doing, good for him.”

Yet, British newspapers will not fight for Assange. Whether left or right, broadsheet or tabloid, British papers are agreed on one thing; they’ll fall over each other to grab the latest official hand-out about British Prime Minister Boris Johnson and his fiance Carrie Symonds' baby. Or the new Downing Street dog.

They will, however, look the other way when it comes to standing up for press freedom and Julian Assange.

How pathetic. What a betrayal of their trade. Client journalism. An inversion of what newspapers stand for. If the British foreign secretary is two-faced about a free press, so are British newspaper editors who say they care about press freedom. With even less excuse.

To be fair, it's not so much that they fail to oppose Assange's extradition. It's more that they ignore almost completely one of the most powerful threats to press freedom of modern times. 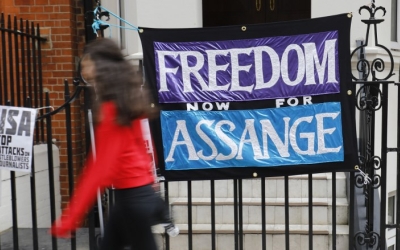 If they did care, they’d be campaigning to keep Assange out of the clutches of the US. Meanwhile, doctors warn that Assange’s health is so bad that he may die in Belmarsh prison.

Nils Melzer, the UN special rapporteur on torture, voiced strong concerns over the conditions of his detention, saying that "the blatant and sustained arbitrariness shown by both the judiciary and the government in this case suggests an alarming departure from the UK’s commitment to human rights and the rule of law. This is setting a worrying example, which is further reinforced by the government’s recent refusal to conduct the long-awaited judicial inquiry into British involvement in the CIA torture and rendition programme."

Kenneth Roth of Human Rights Watch has soberly noted in connection with the Assange case that "many of the acts detailed in the indictment are standard journalistic practices in the digital age. How authorities in the UK respond to the US extradition request will determine how serious a threat this prosecution poses to global media freedom."

As Assange rots in Belmarsh, how dare the British foreign secretary abuse his office by pretending to care about the liberty of the press!

I applaud a device like World Press Day. It's a way of thinking about all the journalists around the world who suffer personally for their profession, through repression, prison, torture and death. Simply because they did their job by revealing uncomfortable facts.

When we think of the repression of journalists, we automatically evoke foreign lands - Saudi Arabia, Iran, Turkey, Egypt. We rarely, however evoke or remember our own dissidents.

Julian Assange is one of them.