The Qatar crisis: Welcome to the liquid Middle East

Eduard Soler i Lecha
It may appear that the Gulf rift has sparked a new regional order as countries have lined up with or against Qatar. But don't be surprised if today's alliances shift just as quickly 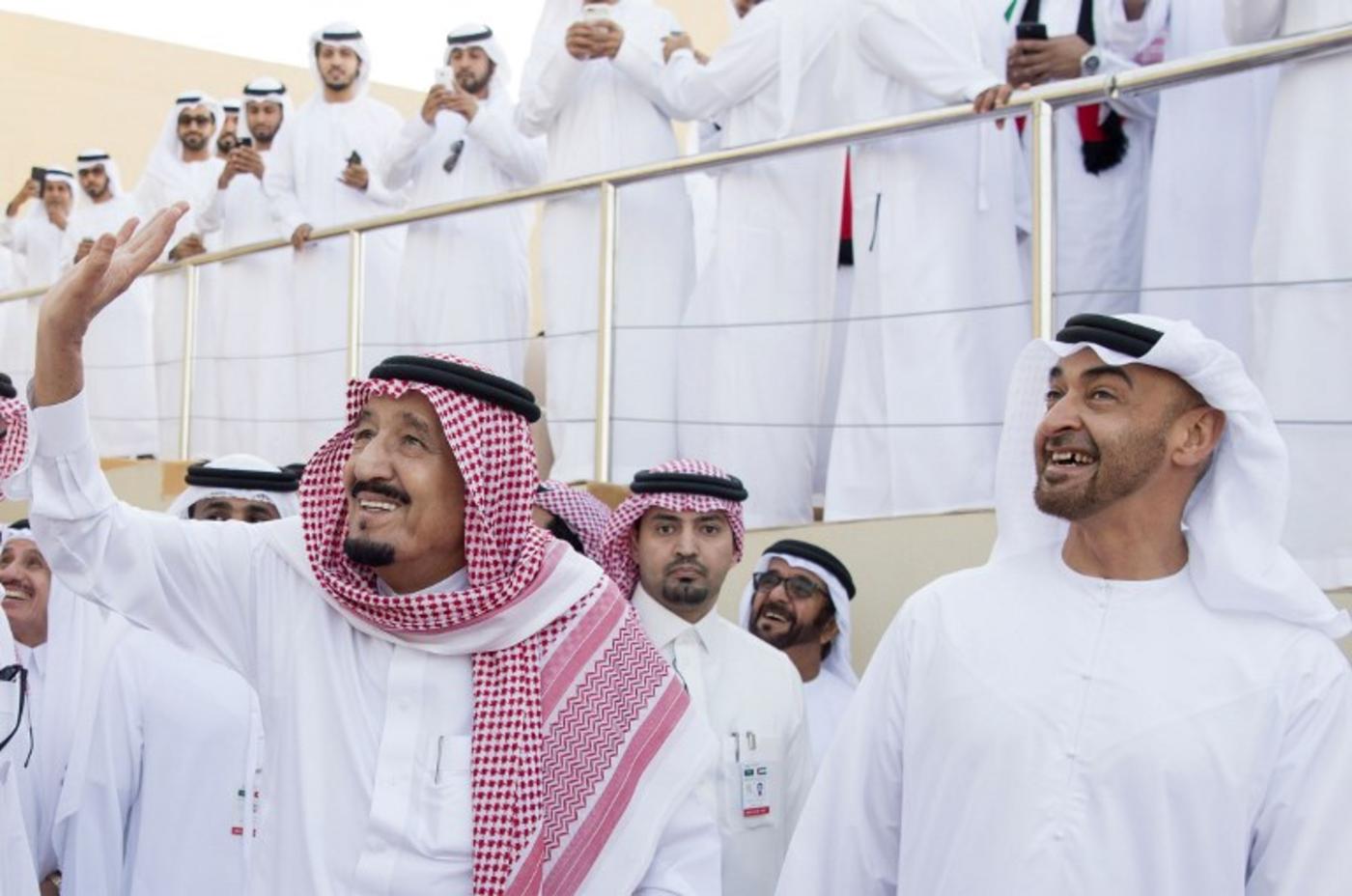 The Polish sociologist and philosopher Zygmunt Bauman used to say that we are living in liquid times. He was referring to an age of uncertainty, characterised by a constant state of change in which social institutions dissolve more quickly than new ones are able to form, with fear and anxiety as dominant factors.

With plenty of evidence that the liquidity of alliances has become one of the main features of an increasingly fragmented and often contradictory Middle East, the same thinking applies to geopolitics in the region today.

Solid blocs are rare. Alliances are short-lived and cemented in fear rather than in shared identities and common projects. One-off events change the perception of what or who represents a threat, which is how alliances limited to single issues proliferate. This is the case of the current anti-Islamic State (IS) coalition and more specifically of the forces that are working together to liberate Mosul.

Solid blocs are rare. Alliances are short-lived and cemented in fear rather than in shared identities and common projects

These liquid alliances are constantly adapting to the landscape: supposed allies may be in the same camp in one conflict but supporting opposing factions in another one.

Rivalries are liquid too. Actors that are traditionally at odds unite to face specific threats without recognising each other as allies. The boycott against Qatar for instance, has brought Turkey and Iran closer, the same way that the advance of the mainly Kurdish Syrian Democratic Forces (SDF) in northern Syria pushed Turkey to reconcile with Russia.

The most evident case of regional liquidity relates to the cohesion of the anti-Qatar bloc. How solid, for example, is the basis of the Saudi-Egyptian alliance?

It is worth remembering that in October 2016, the Saudis suspended oil supplies to Egypt in response to Cairo’s decision to side with Russia in two votes on Syria at the United Nations Security Council.

By the end of last year, tension was still high as evidenced in the visit of a Saudi delegation to the Grand Ethiopian Dam and the announcement of the construction of a Saudi military base in Djibouti. The Egyptians perceived both moves as a betrayal. 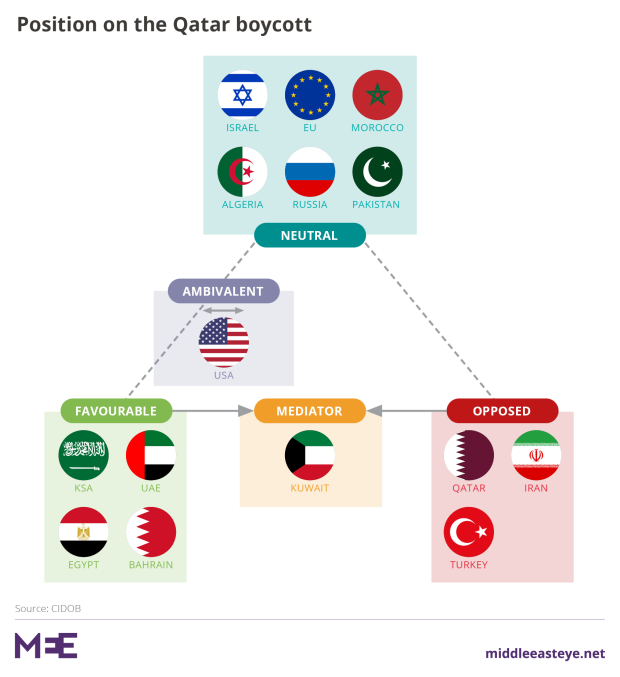 The reason behind those tensions is twofold. On the one hand, threat perceptions differ. While the Saudi regime perceives the rise of Iran as an existential threat, Egypt is far more worried about the Muslim Brotherhood.

On the other, both of the actors have different expectations of the nature and purpose of their alliance. Egypt’s desire to keep a margin of manoeuvre is not always well received in Riyadh.

And what about the Saudi-Emirati alliance? The two countries have not experienced any serious clash in recent years, but they have not been fully aligned either.

In Libya, the Emiratis are backing Khalifa Haftar, thus joining forces with the Egyptians, while the Saudis preferred to keep out of it.

In Yemen, the UAE is less concerned with the Houthis and focuses on security threats in the south. The rise of the two crown princes – Mohammed bin Salman and Mohammed bin Zayed - is feeding speculation of a much closer cooperation between the two countries.

It will be worth following whether this alliance solidifies, under what terms and how this translates in areas where the two have followed different or parallel lines of action. Qatar is the first test.

The pro-Qatar alliance is also fluid. The best example is the current rapprochement between Iran and Turkey, two liquid rivals.

Not that long ago, President Recep Tayyip Erdogan said that Turkey could not tolerate Iran’s plans to dominate the Middle East. Erdogan’s sectarian rhetoric intensified with the launch of the operation to retake Mosul. Turkey understood that confronting Iran’s ambitions in Iraq and Syria could be an opportunity to rebuild bridges with Saudi Arabia.

The current Gulf crisis turned the situation upside down. Turkey is afraid of being completely isolated if Qatar surrenders. Thus, it has taken Qatar’s side, promising food supplies and an intensified military presence in the region.

Another aspect worth observing is the fact that Hamas is now getting closer to Iran. In principle, the rapprochement of both Turkey and Hamas to Iran is not good news for Israel. But some in Israel are also willing to exploit this situation to further intensify contacts with Saudi Arabia.

Even more interesting is to assess why few countries have joined the Saudi-led boycott against Qatar. One of the most relevant absences is Pakistan. There are powerful strategic interests for Pakistan in maintaining ties with Qatar, its largest supplier of liquefied natural gas (LNG). But it goes beyond that.

This is not the first time that Islamabad has said no to a Saudi demand. In 2015, its parliament opposed sending troops to operation Decisive Storm in Yemen. In an attempt to mend relations, Pakistan agreed to be part of the Islamic Military Alliance and placed retired army chief General Raheel Sharif as the commander in chief of this embryonic NATO-like alliance of Sunni countries.
Asia's quiet superpower: Pakistan Army’s teetering balance between Saudi and Iran
Kamal Alam
Read More »

All this is in suspense now. If, as a result of the Qatar crisis, Saudi Arabia perceives that it can no longer rely on Pakistan as a security provider, this would have long-lasting consequences for geopolitical realignments in the Middle East and beyond.

Another traditional Saudi ally that has not taken sides is Morocco. While this country did join the operation Decisive Storm in Yemen, during the latest crisis, it has refused to enforce sanctions on Qatar and supported Kuwaiti mediation. Algeria, a country that tends to disagree with Morocco on almost everything, is exceptionally in line with Morocco on this particular issue.

Finally, global players are also part of the picture. The election of Donald Trump was received with hope in many Middle Eastern capitals and one could argue that his visit to Riyadh was one of the triggers of the current crisis as it emboldened the anti-Qatar block to take action.

While the “Trump effect” could be perceived as an indication that the US will solidify its traditional alliances, it could also be read as a warning that Trump’s messages can further destabilise the region. In that respect, the cacophony of policies coming out of the US administration on the Qatar situation is not reassuring either.

Russia’s stance is also symptomatic. Russia is back in the Middle East. This idea is repeated as a mantra by any observer of global geopolitics. However, Moscow is avoiding taking sides on the Qatar issue and opts for keeping a low profile in this particular crisis.

This is not the first time it has done so as it also refused ex-president Ali Abdullah Saleh’s invitation to be involved in the Yemen war. Russia seems to retain the privilege of selecting its engagements in the alliance configuration in the Middle East.

As for the Europeans, they are a secondary player. In this region, Europe is not seen as a potential ally - solid or liquid - but as a trade partner, a driver of reforms or a humanitarian actor. This is not such bad news in the current circumstances.

When trying to foresee how things may evolve in the near future, there are two parameters to keep in mind. Firstly, new events or new crises can shake the situation once more and this could result in new re-alignments. This will be particularly relevant if members of the anti-Qatar coalition start differing on their respective threat perceptions.

Secondly, if tension between Qatar and the Saudi-UAE coalition become a permanent feature of regional geopolitics, its effects are likely to be felt in other parts of the Middle East.

Among others, this could add more obstacles to any attempt at reconciliation among Palestinian factions, it will further fragment the Syrian opposition and it will fuel the conflict in Libya. Welcome to a liquid Middle East.

- Eduard Soler i Lecha is a senior research fellow at the Barcelona Centre for International Affairs (CIDOB) and scientific coordinator of the MENARA project. 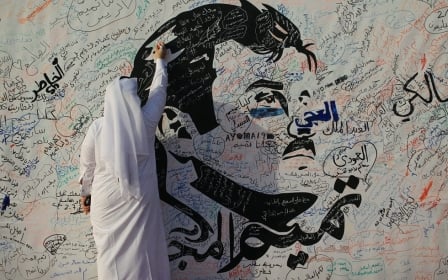 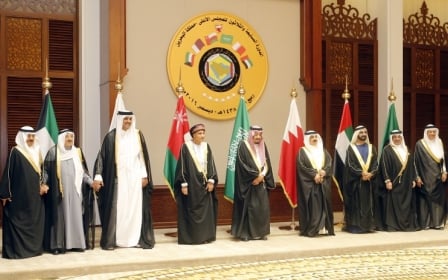 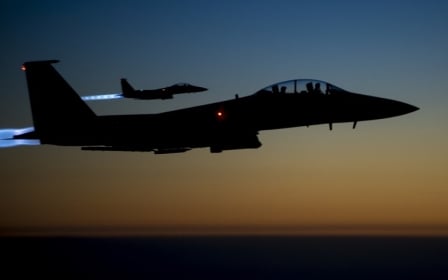