In the Qatar crisis, will Iran openly side with Doha?

Aniseh Bassiri Tabrizi
As prospects for a rapprochement with Riyadh fade, Iran might decide that it has nothing to lose by opening a new front of confrontation in the regional proxy war with Saudi Arabia 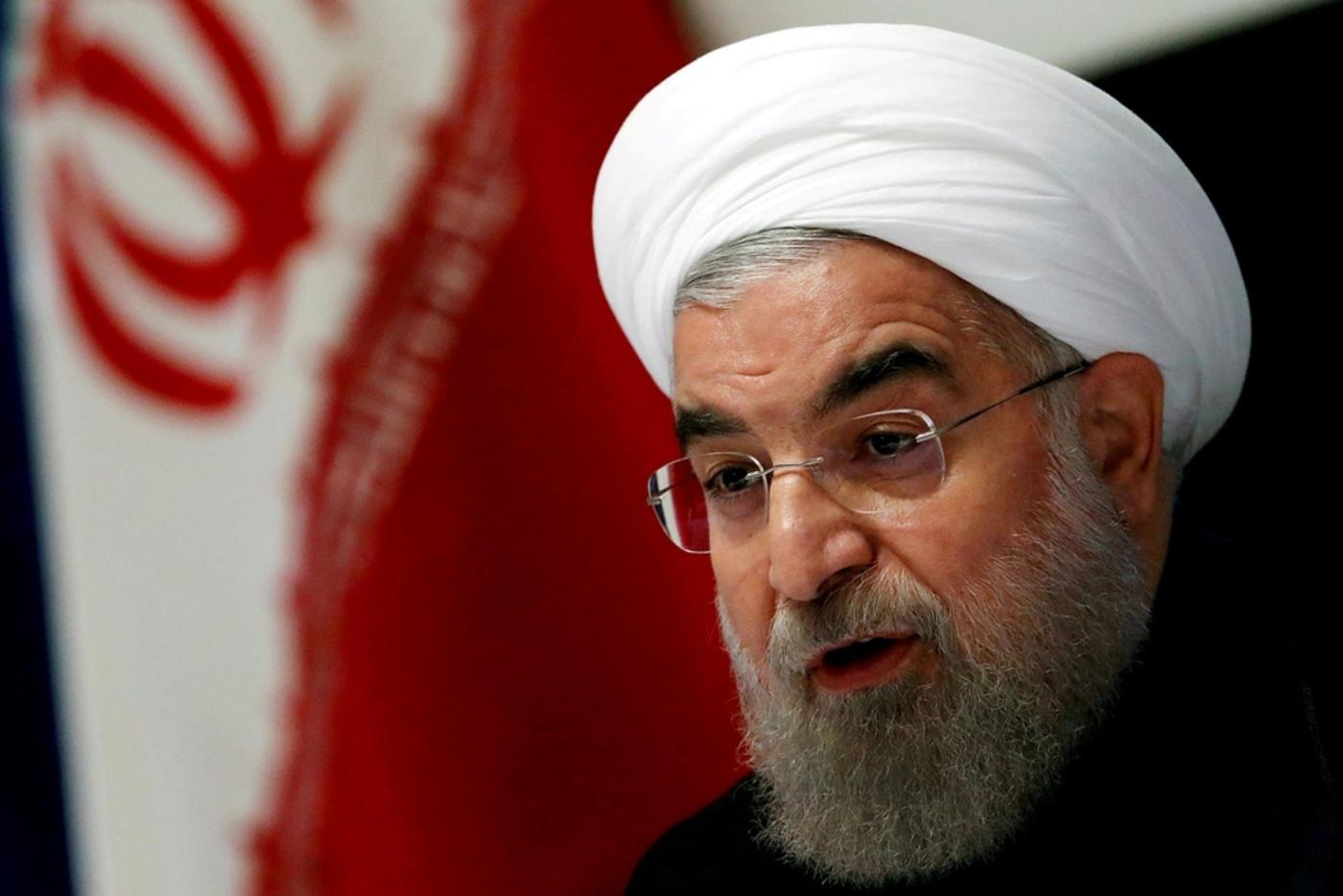 One month ago, Saudi Arabia, the UAE, Bahrain and Egypt decided to cut their diplomatic ties with Qatar and to impose a land, sea and air embargo, triggering the worst diplomatic crisis hitting the Gulf states in decades.

The four countries justified their move by arguing that Doha’s policies fuel terrorism and destabilisation in the region, referring in particular to the country’s support for Islamist groups such as the Muslim Brotherhood and to its ties with Iran, Saudi Arabia’s arch enemy. Qatar’s foreign ministry called all the accusations “baseless”.

On 23 June, Qatar was issued a list of 13 demands in order for the boycott to stop. Among those, Doha was asked to “curb diplomatic ties with Iran and close its diplomatic missions there. Expel members of Iran’s Revolutionary Guard from Qatar and cut off any joint military cooperation with Iran. Only trade and commerce with Iran that complies with US and international sanctions will be permitted.”

The fact that Doha’s relations with Iran constituted one of the main triggers of the crisis surprised Gulf watchers. Over the years, the two countries have maintained their relations even when tensions in the region were particularly high.

However, since January 2016, diplomatic relations between the two countries have been at a minimum after Qatar recalled its ambassador in the aftermath of the attacks on the Saudi embassy in Tehran linked to the execution of Sheikh Nimr al-Nimr and 46 others.

From an economic perspective, Tehran and Doha share the world’s largest natural gas field - the North Dome/South Pars - and over the last year each exported respectively $146.6m worth of goods and $3.1m worth of commodities to each other. Nevertheless, these figures are very small compared to the trade between the UAE and Iran - imports from and to the countries reached $6.4bn and $7.4bn respectively in 2016-2017.

Iran’s inclusion on Saudi’s list of demands led to speculation that Tehran would soon be dragged into the crisis. From an Iranian perspective, this would be a perfect opportunity to create division within the GCC which, until now, has been uniformly anti-Iran. However, Tehran’s reaction has so far been cautious.

Iranian officials quickly blamed the US President Donald Trump for escalating Gulf tensions, particularly through his recent trip to Saudi Arabia. The fact that Trump tweeted that it was "good to see the Saudi Arabia visit with the king and 50 countries already paying off" right after the crisis erupted strengthened the perception in Tehran that the rift was largely driven by the current American administration.

Iran has thus far responded by engaging in quiet diplomacy, while stressing the importance of dialogue for solving the crisis

Still, rather than taking sides or interfering, Tehran immediately insisted on the necessity for dialogue and engagement to prevent an escalation. For Iranian officials, the turmoil threatens the interest of all states involved. As Iranian Foreign Minister Mohammad Javad Zarif said, “Adding that extra tension could lead to disaster” with dire consequences for the overall stability of the region.

So Iran has thus far responded by engaging in quiet diplomacy, while stressing the importance of dialogue for solving the crisis. Zarif, for instance, tweeted on 5 June that “Neighbors are permanent; geography can't be changed. Coercion is never the solution. Dialogue is imperative, especially during blessed Ramadan.”

Similarly, foreign ministry spokesman Bahram Ghassemi, also on 5 June, stated: “The solution to differences between states in the region, including the current problem between Qatar and its three neighbours, is only possible through political and peaceful methods and dialogue between the parties.” Only days after the crisis erupted, Zarif travelled to Ankara to meet with Turkish President Recep Tayyip Erdogan in an effort to coordinate responses and defuse tensions.

In the meantime, Iran has assured the import-dependent Qatar that it can rely on Tehran for the provision of fruits and vegetables – addressing a potential shortage of food once Saudi Arabia blocked off its borders to the country - as well as accessing its airspace to avoid the newly-banned skies of Saudi Arabia, UAE and Bahrain.

However, it refrained from taking a tougher stance, thus diverging from Turkey, which soon deployed troops to Qatar and clarified which side it stood on.

Iran might still choose to change its current approach to the crisis, particularly in light of recent developments.

Doha does not seem interested in capitulating to the pressures exerted by the four countries and, after letting the deadline for the demands expire earlier this week, its officials stated they will be rejected.

'Relations between Iran and Qatar have always been developing and powerful'

Highlighting his refusal to curtail ties with Iran, just hours after the demands were issued, Qatar’s emir Sheikh Tamim bin Hamad al-Thani spoke on the phone with Iranian President Hassan Rouhani, saying that "Qatar has open arms for interaction and cooperation,” and that “relations between Iran and Qatar have always been developing and powerful".

So if Qatar does indeed reject the demands, there could be an opening for further engagement between Tehran and Doha.

Another element which might push Tehran towards a stronger stance in support of Qatar is the appointment on 21 June of Mohammad bin Salman as the new Saudi crown prince. The 31-year-old heir to the throne is widely perceived by Iranian officials as the mind behind the recent escalation of tensions between the historic rivals in the region.

Despite the Rouhani administration’s desire to improve ties with the kingdom, Saudi Arabia, led by its rising star, has increasingly made it clear that its priority is to confront, not engage, with Iran.

In early May, Mohammed bin Salman said that there can be no dialogue with Tehran. “We won’t wait for the battle to be in Saudi Arabia,” he said. “Instead, we’ll work so that the battle is for them in Iran.”

As prospects for a rapprochement with Saudi Arabia fade, Iran might decide that it has nothing to lose by opening another front of confrontation in the proxy war it is fighting with Saudi Arabia in Syria, Iraq, and Yemen.

If this happened, Tehran’s concerns for unrest and terrorism along its own borders would inevitably increase. However, a newly shaped alliance with Ankara and Doha might alleviate some of the costs Tehran is facing to carry out its strategic goals in the Middle East, particularly in Syria, where the three countries are currently fighting on opposite sides.

Tehran might thus arrive at the conclusion that, all things considered, it might be wiser and more beneficial to openly side with Qatar against the kingdom, rather than continuing its quiet diplomacy, facing the likely repercussions and riding the storm of the GCC crisis.

- Aniseh Bassiri Tabrizi  is a Research Fellow at RUSI. Her research is concerned with security in the Middle East, with a particular focus on Iran’s foreign and domestic politics. She completed her PhD project at the War Studies Department of King’s College London, focusing on the diplomatic initiative of France, Germany and the UK (E3) on the Iranian nuclear issue. 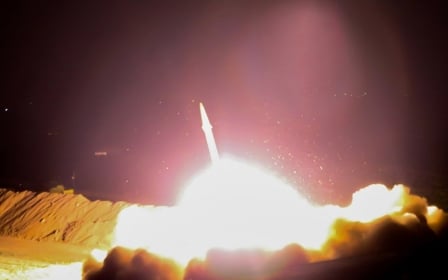