The real problem of 'getting to yes' with Iran

Gareth Porter
Unless Washington figures out that its strategy will not work with Iran, we must expect stalemate and a much higher level of US - Iranian tensions 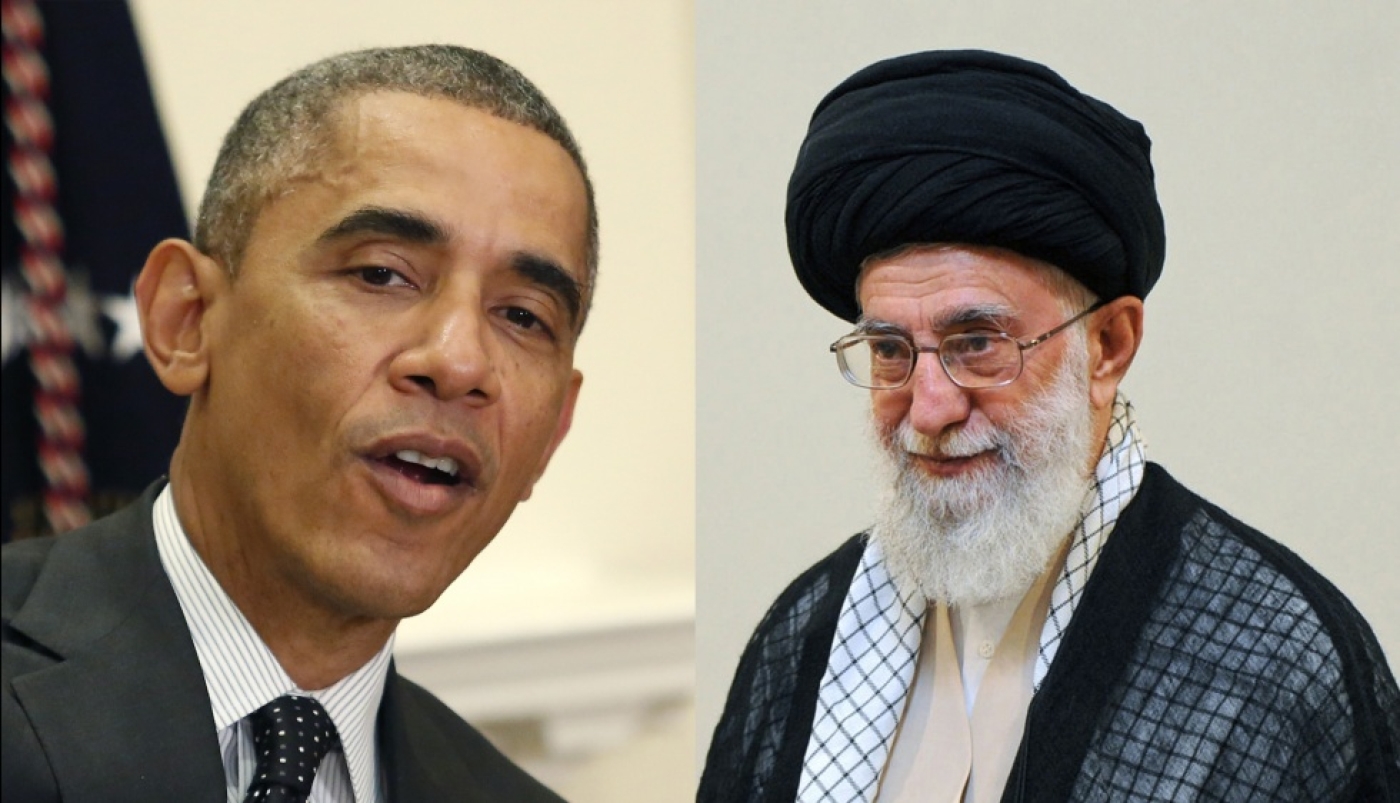 Talking to reporters Monday, President Obama asked rhetorically, “[D]oes Iran have the political will and desire to get a deal done?”  Iran “should be able to get to yes,” Obama said. “But we don’t know if that is going to happen. They have their hard-liners, they have their politics….”

The idea that Iranian agreement to US negotiating demands is being held back by “politics” is a familiar theme in US public pronouncements on these negotiations. The only reason Iran has not accepted the deal offered by the United States, according to the standard official view, is that Supreme Leader Ali Khamenei is a hardliner who is constraining the more reasonable Iranian negotiating team from making the necessary compromises.

But that is a self-serving understanding of the problem, and it reflects a much more profoundly distorted view of US - Iran relations on the nuclear issue. The premise of Obama’s remark was that US demands are purely rational and technical in nature, when nothing could be further from the truth. The US proposal on enrichment capacity is justified by the concept of “breakout”, which experts acknowledge is based on a completely implausible scenario. But Iran has now had a “breakout” capability – meaning the capability to enrich enough uranium at weapons grade level for a single bomb - for six years. So the US insistence on reducing its capability so that the breakout timeline is a few months longer clearly has nothing to do with denying a nuclear weapons capability.

But the official narrative clings to the idea that Iran is acting irrationally in refusing to accept that US demand. The clearest illustrations of this warped US understanding of the negotiations is a long essay last month by former US proliferation official Robert Einhorn. Analysing the reason for the failure of the talks to date, he blames “deep divisions within the Iranian elite,” and specifically the position of the supreme leader. Einhorn cites a speech by Khamenei in Qom on 7 January, where he quotes Khamenei as concluding, “[B]y relying on the nation and domestic forces, we must act in such a way that even if the enemy does not lift the sanctions, no blow will be struck against the people’s progress….”

Einhorn suggests that Khamenei believes “Iran can live without an agreement,” implying that he is not really interested in an agreement. But a crucial point in the speech was Khamenei’s statement about US intentions: “The Americans say with completely shamelessness, ‘Even if Iran makes compromises on the nuclear issue, sanctions will not be lifted altogether and at the same time.’” And Khamenei concludes, “This shows that the enemy cannot be trusted.”

Khamenei’s point was clearly not that he was any less interested in an agreement that achieved the end of sanctions, but that he was doubtful about the willingness of the Americans to do so. But in an effort to force the speech to fit the US framework, Einhorn insists that it shows the supreme leader is “deeply sceptical of the value of an agreement.”

What is missing from Einhorn’s analysis - and from the American approach to negotiating with Iran in general - is any understanding that decades of aggressive US policy toward Iran have forced the Iranian national security elite to think very hard about its strategy for negotiating with the United States to achieve Iran’s fundamental objective of getting the sanctions lifted.

Khamenei is not a simple-minded Ayatollah who likes the idea of going it alone, as Einhorn and others in the US national security elite like to believe. He has been deeply involved in every major national security policy decision Iran has made from the beginning. He was Ayatollah Khomeini’s first representative to the Supreme National Security Council from 1980 to 1982, and was president of Iran from 1982 to 1990.

Khamenei has been criticised in the West and by his successor as President Ayatollah Ali Akbar Hashemi Rafsanjani for having refusing to support negotiations with the United States either in 1989 and again after President Mohammad Khatami was elected in 1997. What critics of those policy decision have failed to take into account, however, is that that Iran would have been trying to negotiate with the United States from a woefully weak position in both cases.

In her 2005 book, Persian Mirrors, New York Times reporter Elaine Sciolino quotes then Deputy Foreign Minister Mohammad Javad Zarif, whom the Americans have never dismissed as a wild-eyed Islamic radical, providing a remarkably revealing explanation for the Iranian calculation in rejecting negotiations with the United States at that point:

Look at it this way. The United States has most of the cards. We discarded our rhetorical card when Khatami reached out and called for a dialog among civilisations. The United States discarded its rhetorical card when it abandoned its negative tone toward us. Now the United States wants to keep the rest of its cards but want us to discard all of ours. It wants to open a dialog while it still is keeping a number of sanctions against us. We’re saying, “You can’t keep all your cards. It’s not in our interest and it’s not in your interest.”

Khamenei and Zarif both believed the United States was seeking to force Iran to accept an agreement on normalisation under which Washington would continue to hold the sanctions over Iran’s head. The Iranian analysis further implied that it needed to accumulate more negotiating cards in order to have successful talks with the United States.

Political scientist, Jalil Roshandel, who worked on a research project for the Iranian Foreign Ministry’s think tank in 1997-1998, told me that influential figures he interviewed expressed the belief that having a uranium enrichment programme would provide bargaining chips to be used in negotiating with the United States for the removal of the sanctions. Roshandel, who now teaches at East Carolina State University, recalled that those who made that connection in conversations with him included an adviser to Ali Akbar Velayati, who had been foreign minister for 16 years, and then deputy Revolutionary Guards commander Yahya Rahim Safavi, who become chief commander in 1997.

Khamenei knows very well that this is the opportunity to play Iran’s nuclear cards in order to get the sanctions removed. But the United States appears to be using its sanctions card to force Iran to accept a reduction of roughly 75 percent in its enrichment capacity and not even offering to lift all sanctions in the short run even if Iran caves in. The second problem is that Iran’s enrichment capabilities have taken on a new political significance in public opinion as symbols of Iranian technological advancement that limits how far they can go in dismantling it.

In the context of the history of the sanctions in US-Iran relations, Iran’s determination to hold out for a better deal is hardly irrational. If the Obama administration fails to understand that fact the diplomatic stalemate is likely to continue.

Photo: In a recent statement about US intentions, the Iranian supreme leader said "the enemy" (United States) cannot be trusted 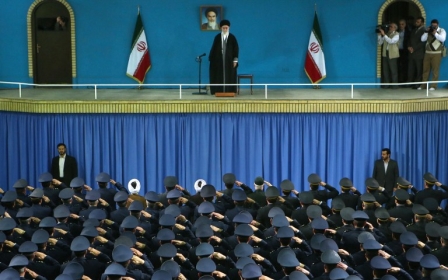 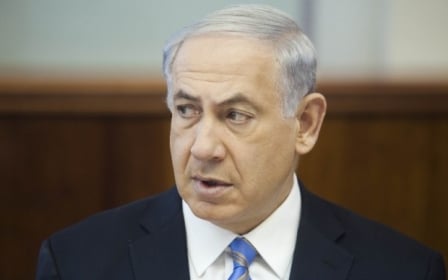