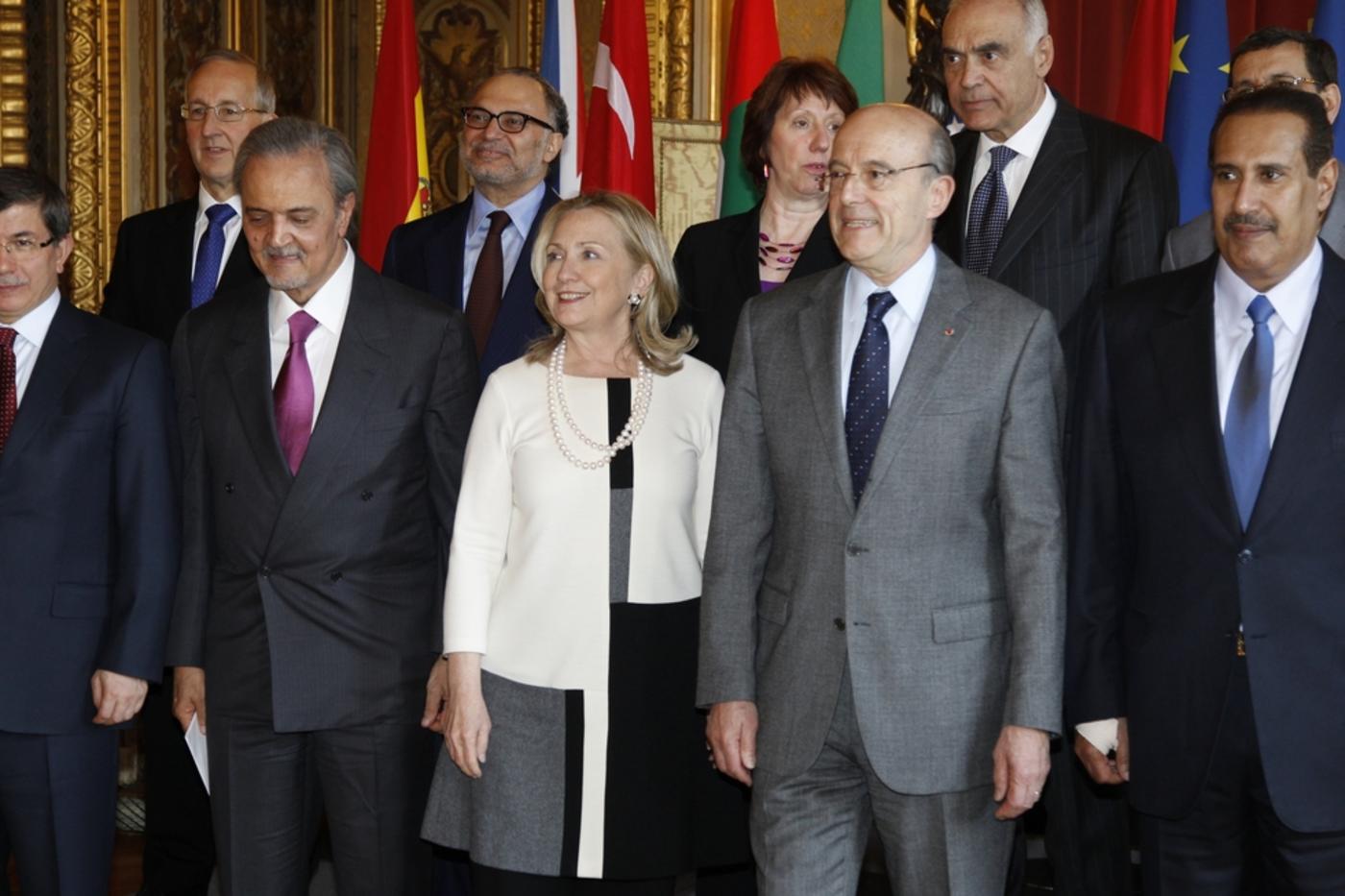 The main criticism of US policy in Syria has long been that President Barack Obama should have used US military force or more aggressive arms aid to strengthen the armed opposition to Assad. The easy answer is that the whole idea that there was a viable non-extremist force to be strengthened is a myth – albeit one that certain political figures in London and Washington refuse to give up.

But the question that should have been debated is why the Obama administration acquiesced to its allies funding and supplying a group of unsavoury sectarian armed groups to overthrow the Assad regime.

That US acquiescence is largely responsible for a horrible bloodletting that has now killed as many as 400,000 Syrians. Worse yet, there is still no way to end the war without the serious threat of sectarian retribution against the losers.

“The Obama administration bears responsibility for this atrocity, because it could have prevented Turkey, Qatar and Saudi Arabia from launching their foolishly adventurous war in Syria.  None of them did so out of desperate need; it was a war of choice in every case.  And each of the three states is part of the US security system in the Middle East, providing military bases to NATO or to the United States and depending on US support for its security.

But instead of insisting that those three Sunni allies reconsider their options, the Obama administration gave the green light at a conference in Riyadh at the end of March 2012 for proceeding with arming those who wanted to replace the regime, leaving the United States ostensibly free to be a peacemaker. As Hillary Clinton put it at the Riyadh conference: “Some will be able to do certain things, and others will do other things.”

The policymakers responsible for Syria should have known that the seeds of violent sectarian conflict had already been planted in Syria by the early 1980s and that the present war was deeply infected by sectarianism from the beginning. They knew that the Assad regime ruled from the beginning with an iron hand primarily to protect the interests of the Alawites, but also to protect the Christian and Druze minorities against Sunni sectarianism.

The faction of the banned Muslim Brotherhood based in Hama adopted a decidedly sectarian line toward the Alawites, not only referring to the Ba’athist government as an “apostate regime” and sought its violent overthrow, but also demonstrated a readiness to kill Alawites, simply because they were not regarded as true believers in Islam.

After the initial failed armed struggle against the regime, the organisers were forced into exile, but in 1979 an underground member of the Fighting Vanguard faction of the Brotherhood named Ibrahim al-Yousef, who had infiltrated the Syrian army artillery school in Aleppo, separated all the Alawite cadets from the non-Alawites and then shot 32 of them dead and wounded 54 before escaping.

In 1980, after the Brotherhood made an unsuccessful attempt to assassinate Hafez al-Assad himself, the regime took swift and brutal retribution: the very next morning, between 600 and 1,000 Brotherhood prisoners were killed in their cells.

Sectarian violence in Syria reached its climax in 1982, when the Syrian army went into Hama to break the Brotherhood’s control over the city. The operation began when Syrian army troops entered the city to get individuals on its list of Brotherhood members, but were mowed down by Brotherhood machine gunners. Thousands more regime troops were sent to the city, and the Brotherhood mobilised the entire Sunni population to fight. The mosques blared the message, “Rise up and drive the unbelievers from Hama,” as Thomas L. Friedman recounted in 1989.

The sectarian extremism expressed both by the Assad regime and by the Muslim Brotherhood 30 years earlier was bound to be repeated in the conflict that began in 2011 - especially in the areas of Aleppo and Hama, where the armed opposition was especially strong. The initial slogans used by anti-Assad demonstrators were not sectarian, but that all changed after the anti-Assad armed struggle was taken over by jihadists and Salafists.

Turkey and Qatar, both of which supported the Brotherhood’s exiled leaders, began funnelling arms to the groups with the strongest commitment to a sectarian anti-Shiite and anti-Alawite viewpoint. A major recipient of Turkish funding and arms was Ahrar al-Sham, which shared its al-Qaeda ally al-Nusra Front’s sectarian Sunni view of the Alawite minority. It considered the Alawites to be part of the Shiite enemy and therefore the object of a “holy war”.

Another favourite of the US allies was Jaish al-Islam, the Salafist organisation in the Damascus suburbs whose former leader Zahran Alloush talked openly about cleansing Damascus of the Shiites and Alawites, both of whom he lumped together as “Majous” – the abusive term used for pre-Islamic non-Arabic people from Iran.

If there was any doubt that the anti-Alawite sectarianism of the past is still a major part of the thinking of the armed opposition, it should have been eliminated after what happened during the “Great Battle for Aleppo”.  The newly renamed al-Qaeda franchise Jabhat Fateh al Sham, which planned and led that offensive to break through Syrian government lines around Aleppo, named the offensive after Ibrahim al-Yousef, the Muslim Brotherhood officer who had carried out the cold-blooded murder of Alawite recruits at the artillery school in Aleppo in 1979.  And as Syria expert Joshua Landis tweeted on 4 August, a video statement by a masked militant posted by the newly named al-Qaeda organisation threatened to do the same thing to the Alawites in Aleppo after taking over the city.

Could senior Obama administration officials have been unaware that a war to overthrow Assad would inevitably become an enormous sectarian bloodbath?

Could senior Obama administration officials have been unaware that a war to overthrow Assad would inevitably become an enormous sectarian bloodbath? By August 2012 a US Defense Intelligence Agency report intelligence warned that “events are taking a clear sectarian direction,” and that the “the “Salafist[s], Muslim Brotherhood and AQI [al-Qaeda in Iraq]” were “the major forces driving the insurgency”. Furthermore, the Obama administration already knew by then that the external Sunni sponsors of the war against Assad were channeling their money and arms to the most sectarian groups in the field.

But the administration did nothing to pressure its allies to stop it. In fact, it actually wove its own Syria policy around the externally fuelled war by overwhelmingly sectarian forces. And no one in the US political-media elite raised the issue.

It took a remarkable degree of denial and self-deception for the Obama administration to believe that it was somehow acting to rescue the Syrian people from the bloodletting when it was doing precisely the opposite.

No matter how brutal its rule and its war tactics have been, a war to overthrow the Assad regime could only plunge the country into a terrible sectarian bloodbath. And the consequences of the sectarian war will continue for years into the future. The Obama administration’s failure to firmly reject that war should be viewed as one of the worst of the long parade of American transgressions in the Middle East.