Remembrance should be for all victims of war

Lindsey German
The commemoration has morphed from being a call to end all wars, to one used by British politicians to support our wars in the Middle East 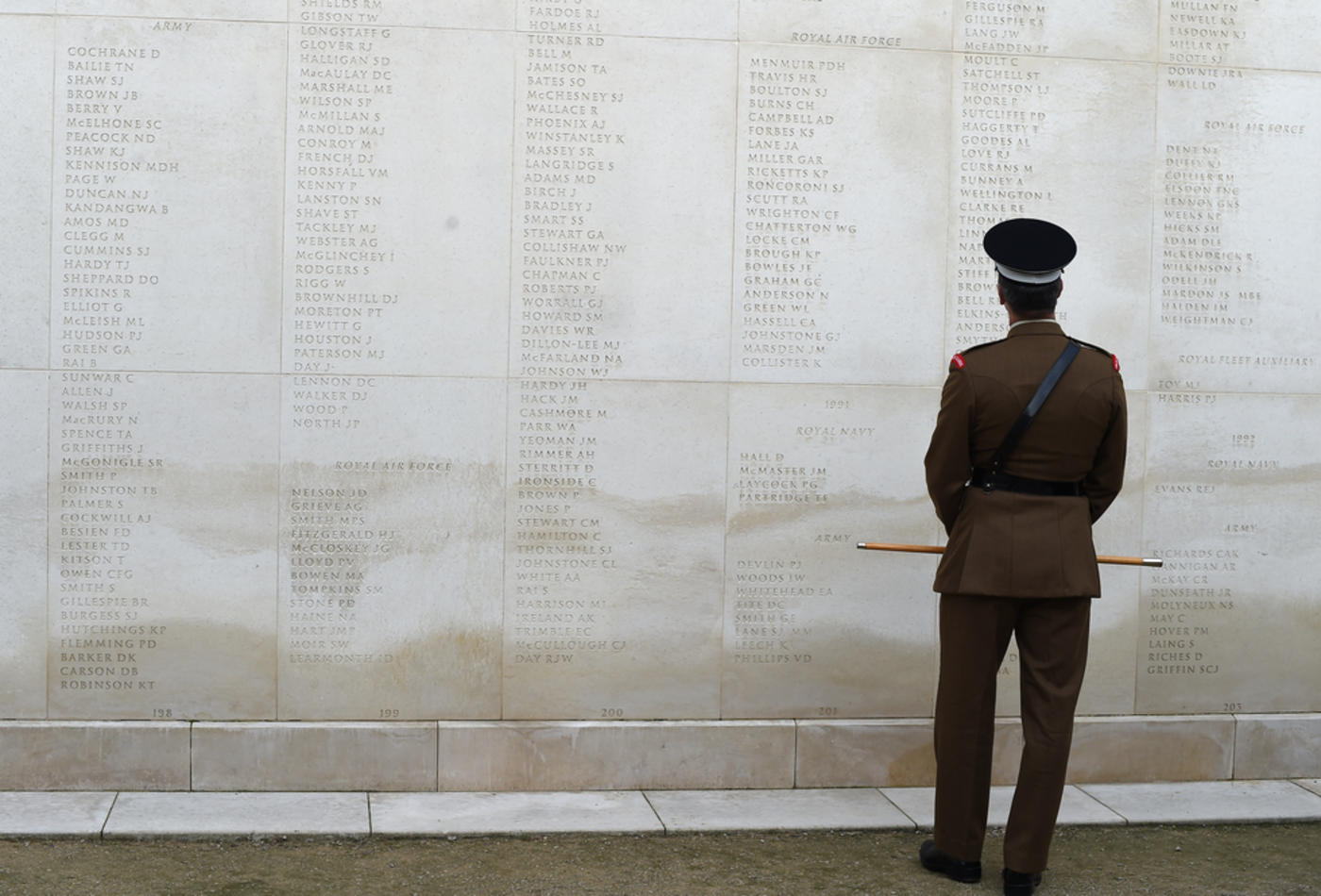 Today Hilary Benn, Labour shadow foreign secretary, made a speech in Coventry Cathedral where he praised Western military intervention and argued that there should be such intervention in Syria.

Coventry has the dubious honour of having been victim of one of the most intense German bombing raids in Britain during the Second World War. Its cathedral was very badly damaged, many were killed and injured and thousands left homeless. The intensity led to the bombing being known as “Coventration”.

Ironic that his speech, delivered at a peace event 75 years after the bombing there, was to justify further war. It was delivered on Remembrance Day - the anniversary of the end of the First World War in 1918. Perhaps that isn’t so surprising, since in recent years Remembrance Day has been increasingly used by politicians and the military to justify wars, rather than to argue for no more of them.

And since modern wars – especially those in the Middle East – have become more unpopular, an increasing emphasis has been put on supporting the troops, as a means of getting people to support war.

The whole of the British establishment, from the BBC to politicians to the education system to the armed forces themselves, decree what this remembrance shall be and what its purpose is. The result is a sometimes jingoistic pressure whose outcome is to back up the military and to support current and future wars. It was surely no accident that General Sir Nicholas Houghton, chief of defence staff, used Remembrance Sunday, when royalty and politicians gather at the Cenotaph, to attack Labour Opposition leader Jeremy Corbyn’s opposition to nuclear weapons.

The overwhelming sentiment at the end of the First World War was “never again”. It was famously described as “the war to end all wars”. An estimated 20 million died in a war which lasted four years, spread across several continents and ended in radical upheaval and revolution in some of the major belligerent powers.

Barely a family in countries such as Germany, France and Britain were unaffected by the war. When it ended there was such an outpouring of grief that the Cenotaph in Whitehall, originally constructed of wood as a temporary memorial, was rebuilt in stone. War memorials were constructed in every town and village. The Poppy Appeal was launched to raise money for the injured ex-service men.

Fast forward 100 years. Remembrance Day has become something different. The Poppy Appeal is all pervasive. Poppies are painted on trains. Main line stations have military bands drumming up support. All the television broadcasters demand the wearing of red poppies by all their guests. Poppy-related events are sponsored by arms companies. The right-wing papers pounce on any real or imagined failure to fully respect the dead – as Jeremy Corbyn discovered when his bow at the Cenotaph was deemed insufficiently deep.

The sentiment of “never again” has morphed into the idea of supporting “those who serve”. This rather subverts the whole idea of Remembrance Day, and instead demands a measure of support for the armed forces.

It also denies the truth of modern wars, in which the overwhelming majority of victims are civilians. Whereas during the First World war around 15 percent of casualties were non-combatants, now it is the other way round. These casualties, while paid lip service to, are rarely mentioned.

Even less mentioned are the casualties of British wars elsewhere around the world. Deaths in the Middle East are impossible to quantify – the army counts its own conscientiously, but not its opponents. Estimates for deaths from the Iraq war and its aftermath range from the Iraq Body Count, whose latest figures are 224,000 (although this method needs two verifiable media reports, so underestimates the number of deaths) to over 600,000 in only three years from 2003 to 2006, according to a Lancet survey.

Deaths from the bombing of Libya in 2011 are estimated at 30,000, although many more have died from the civil war which still ensues. More than 200,000 have died in Syria in the past four years and thousands in Yemen as a result of the recent Saudi bombing there.

These deaths are barely remarked on in Britain, nor are they part of the commemorations. Last year when an installation of ceramic poppies represented nearly 900,000 British First World war dead was mounted in the Tower of London, there was no commemoration of any dead from other countries, whether allies or enemies.

Little in the commemorations refers to the British involvement in the Middle East. Yet Gallipoli was a bloody and costly battle, and the British were involved in military activity in the "mandates" they were given following the war from the old Ottoman Empire, including in what was then Mesopotamia, now Iraq, where the first bombing of civilians by British planes took place in 1920, known by the euphemistic name of “aerial policing”.

Indeed the First World War marked the beginning of modern intervention in the Middle East, with the British and French running large parts of it and carving up its borders for their own interests, not least in Palestine.

Photo: A member of the British armed forces looks at names inscribed on the Armed Forces Memorial during an Armistice Day service of remembrance at the National Memorial Arboretum in Alrewas, central England on 11 November, 2015. (AFP)