Russia-Ukraine war: Jeremy Corbyn was right all along about Putin and his oligarchs

Peter Oborne
Far from being pro-Putin, Corbyn warned against him when others didn’t 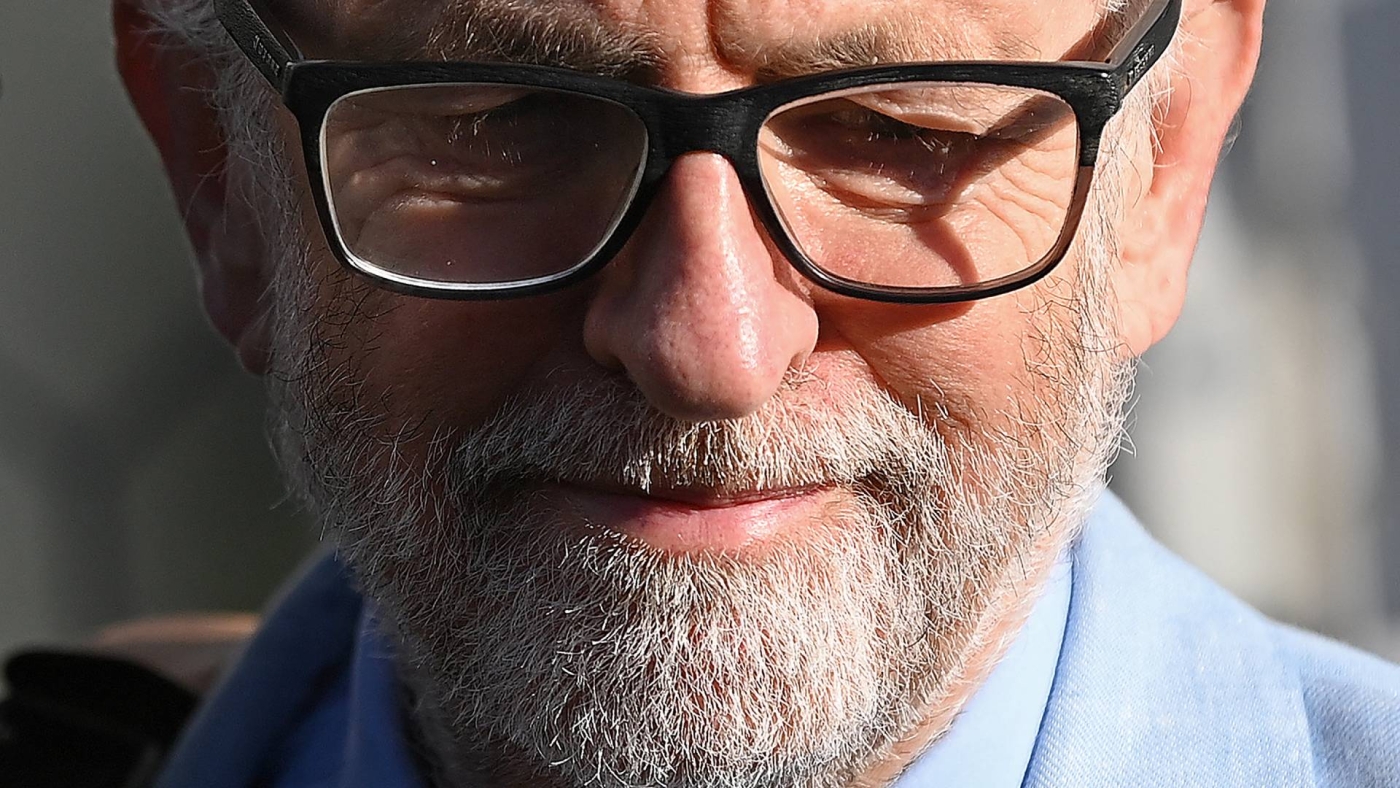 Jeremy Corbyn, former leader of Britain's Labour Party, has criticised Putin since he came to power in 2000 (AFP)

Almost two years have passed since Jeremy Corbyn stood down as leader of the Labour Party, but the knives are still out for him.

His successor, Keir Starmer, has spotted the chance to define himself as a tough leader by waging war on the Corbynite left. Meanwhile, Corbyn himself has been singled out by British Prime Minister Boris Johnson’s Tory party as the ultimate vindication of the British voters’ decision to vote Conservative in the 2019 elections. 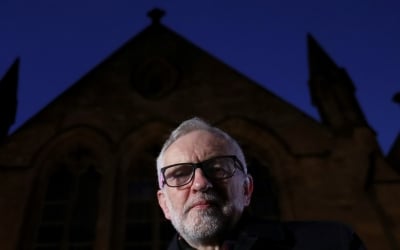 Hence the recent burst of headlines.

Corbyn sides with Russia (again), announces the Spectator. Meanwhile, the BBC announces that Starmer has slapped down Corbyn for criticising Nato.

In this column, I will defend the former Labour leader against these latest attacks.

There are three good reasons for coming to the rescue of this failed politician whose time as a major player in British politics is over.

The first is a simple matter of putting the record straight. Corbyn's leadership of Labour was defined by one slur and lie against him after another. The lies have started again and simple decency suggests they should be rebutted.

The second is that the Tory Party and Labour establishment have their reasons for taking aim at Corbyn. He gives them an alibi. For the Tories and the Labour establishment, mocking Corbyn distracts from their own long-lived collaboration with Vladimir Putin and his oligarchs.

The third reason is the most important of all. The smearing of Corbyn tells us there is something very wrong about contemporary public discourse. The former Labour leader may be a dissident, but he speaks with deep knowledge of foreign affairs. We need more such dissident voices, not less.

The truth is that no modern politician has been more consistent or more prescient when it comes to Putin than Corbyn. Far from being pro-Putin, Corbyn warned against him when others didn’t.

For the Tories and the Labour establishment, mocking Corbyn distracts from their own long-lived collaboration with Vladimir Putin and his oligarchs

Let’s go back more than 20 years to when the British political, intelligence and business establishment united to back Putin to replace Boris Yeltsin as Russia's leader. Putin, who was a prime minister in 1999, won his first presidential elections in 2000.

This was at the height of the second Chechen war (1999-2009), arguably the most savage conflict yet of the 21stcentury, marked by terrible Russian war crimes far worse than have - thus far - been committed in Ukraine. And then - as now - masterminded by Putin. Chechnya was where he established his reputation and first made his mark.

Yet, Tony Blair backed Putin, praising his "focused view of what he wants to achieve in Russia". He made this remark in March 2000, a few weeks after the Battle of Grozny, a brutal battle in which between 5,000 and 8,000 civilians died. A few weeks later, Blair invited Putin to visit Britain and meet the Queen.

I am not criticising Blair. He had understandable pragmatic reasons. There were grounds for believing that Russia needed a strongman after the chaos of the 1990s. From memory, I think most good judges agreed.

But one didn’t. Corbyn branded Putin’s visit "premature and inappropriate".

Corbyn warned: "We must be very careful to condemn abuses of human rights, whoever commits them, whoever they are committed against and however uncomfortable or inconvenient it is for us to do so. If we are not consistent, we will, understandably, receive the charge of hypocrisy."

In December 2002, Corbyn was one of a small group who opposed the extradition from Britain of Akhmed Zakayev - former prime minister of the unrecognised Chechen Republic of Ichkeria - to Russia.

Corbyn didn’t just raise concerns about human rights. He was the first serious critic of Russian money in British politics long before the cause became fashionable

Corbyn has repeatedly criticised Putin’s human rights record with a consistency very few can match. The veteran socialist didn’t just raise concerns about human rights, which turned out to be fully justified today, he was also among the first serious critics of Russian money in British politics, long before the cause became fashionable.

Though Corbyn has repeatedly warned of Russian money, one episode is particularly revealing.

As Labour leader in 2018, Corbyn presciently warned: "We’re all familiar with the way huge fortunes, often acquired in the most dubious circumstances in Russia, sometimes connected with criminal elements, have ended up sheltering in London and trying to buy political influence in British party politics."

He tellingly added that "there has been over £800,000 worth of donations to the Conservative Party from Russian oligarchs and their associates."

Putin must immediately withdraw troops from #Ukraine and engage in constructive political dialogue. A shocking humanitarian catastrophe is unfolding that must end now pic.twitter.com/HBoN7RHlMX

This was at the exact moment that the Conservative Party was entrenching its dangerous and corrupting relations with Putin oligarch. No one in the cross-party British establishment wanted to hear this timely advice.

This was true. As The Times reported the following day: "The Labour leader faced shouts of 'shame' and 'disgrace' when he mentioned Tory donations."

Some of the criticisms were from the Labour side.

He was still warning about the "Tory party links to Russian oligarchs" after he left the leader's office two years later.

Corbyn made his initial comments about Russian oligarchs and Tory donors in the wake of the poisoning in March 2018 of Sergei Skripal and his daughter Yulia in Salisbury.

The central claim against the Labour leader is that - to quote Johnson - he "sided with Putin when Russia ordered poisonings on the streets of Salisbury".

This attack was used, to great effect, again and again by Johnson during the 2019 general election, and it was still being made last week. For example, Nick Timothy, former adviser to former prime minister Theresa May, and now a Daily Telegraph columnist, wrote that Corbyn "literally" supported Putin and "blamed Britain instead".

When I asked Timothy for evidence to support this extraordinary claim that Corbyn was in effect a traitor he didn’t reply. This should not surprise anyone, because Corbyn did not side with Russia over the Salisbury attack, as Johnson and so many others have claimed.

In the aftermath of the poisoning on 15 March 2018, Corbyn said: "Either this was a crime authored by the Russian state; or that state has allowed these deadly toxins to slip out of the control it has an obligation to exercise. If the latter, a connection to Russian mafia-like groups that have been allowed to gain a toehold in Britain cannot be excluded."

He added: "The Russian authorities must be held to account on the basis of the evidence, and our response must be both decisive and proportionate."

Let’s imagine that Corbyn had somehow won the last election. That he had then filled up Labour Party coffers with Russian money; that his party chairman had an office in Moscow to advise oligarchs; that Corbyn personally had repeatedly visited a Russian oligarch whose father had been a KGB agent and close friend of Putin, and that he had been reported to have ignored security service objections to secure this friend a peerage, and funnelled government money towards his paper.

For day after day there would have been front-page denunciations of Corbyn. He couldn’t have survived. In my view rightly so. Yet Johnson is the one who’s done all of these things. But Corbyn is the one who’s supposed to be pro-Putin.

His latest crime is to have criticised Nato’s over-aggressive eastward expansion, while supporting a negotiated solution to the Ukraine-Russia conflict. And all the while condemning Russia's act of aggression and calling for the withdrawal of troops.

You can disagree or agree with Corbyn. I am not an expert on Russia or Ukraine, but these views do not strike me as either treacherous or unreasonable. It’s worth recalling that the Stop The War Coalition, which Corbyn supports, was broadly right about the Afghanistan catastrophe, the terrible Iraq invasion and David Cameron’s catastrophic intervention in Libya.

Perhaps Corbyn is wrong this time. Time will tell.

But in the meantime, I am disturbed by today’s hysterical war fever. It is irrational and that is worrying. Cardiff’s Philharmonic orchestra cancels a Tchaikovsky concert. In Milan there’s an attempt to cancel a Dostoyevsky recitation. In London any divergence from full-blooded support for Nato is denounced as "pro-Putin".

Britain claims to be a mature democracy, yet in such a country the kind of views that Corbyn has been putting forward would - at the very least - be welcomed as a serious contribution to public discussion.

Those who put them forward would not be pilloried, lied about and abused. The case of Jeremy Corbyn tells us that we have lost the ability to have a serious adult conversation.

Meanwhile, today's belated decision from the British government to sanction seven Kremlin-connected Russian oligarchs shows that Corbyn was right to raise the alarm four years ago - and how telling it is that he was mocked for doing so.

Our most significant political figures from Tony Blair to Boris Johnson, from Peter Mandelson to George Osborne, have serious questions to answer. We now need a full scale, judge-led enquiry into how Britain's political media class was penetrated for so long, and up to the highest level, by Putin proxies.

Jeremy Corbyn
Labour's Forde report is devastating on factional war against Corbyn
Peter Oborne
Politics
Damning report highlights racism, Islamophobia and 'toxic hostillity' in Labour Party
Jeremy Corbyn
Why is there uproar at the smearing of Starmer but not Corbyn?
Jonathan Cook 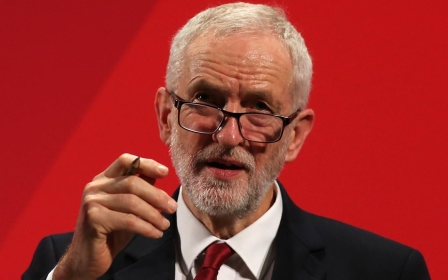 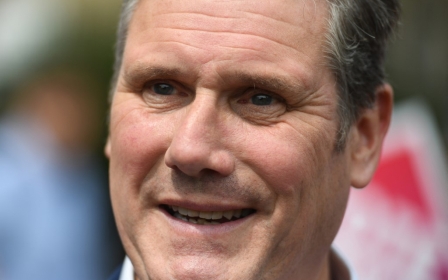 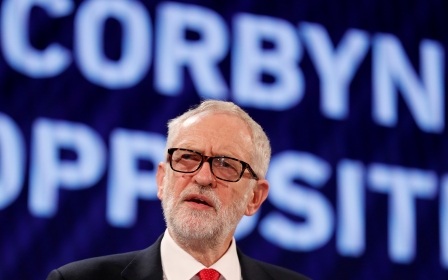