Ruth Bader Ginsburg was no saint 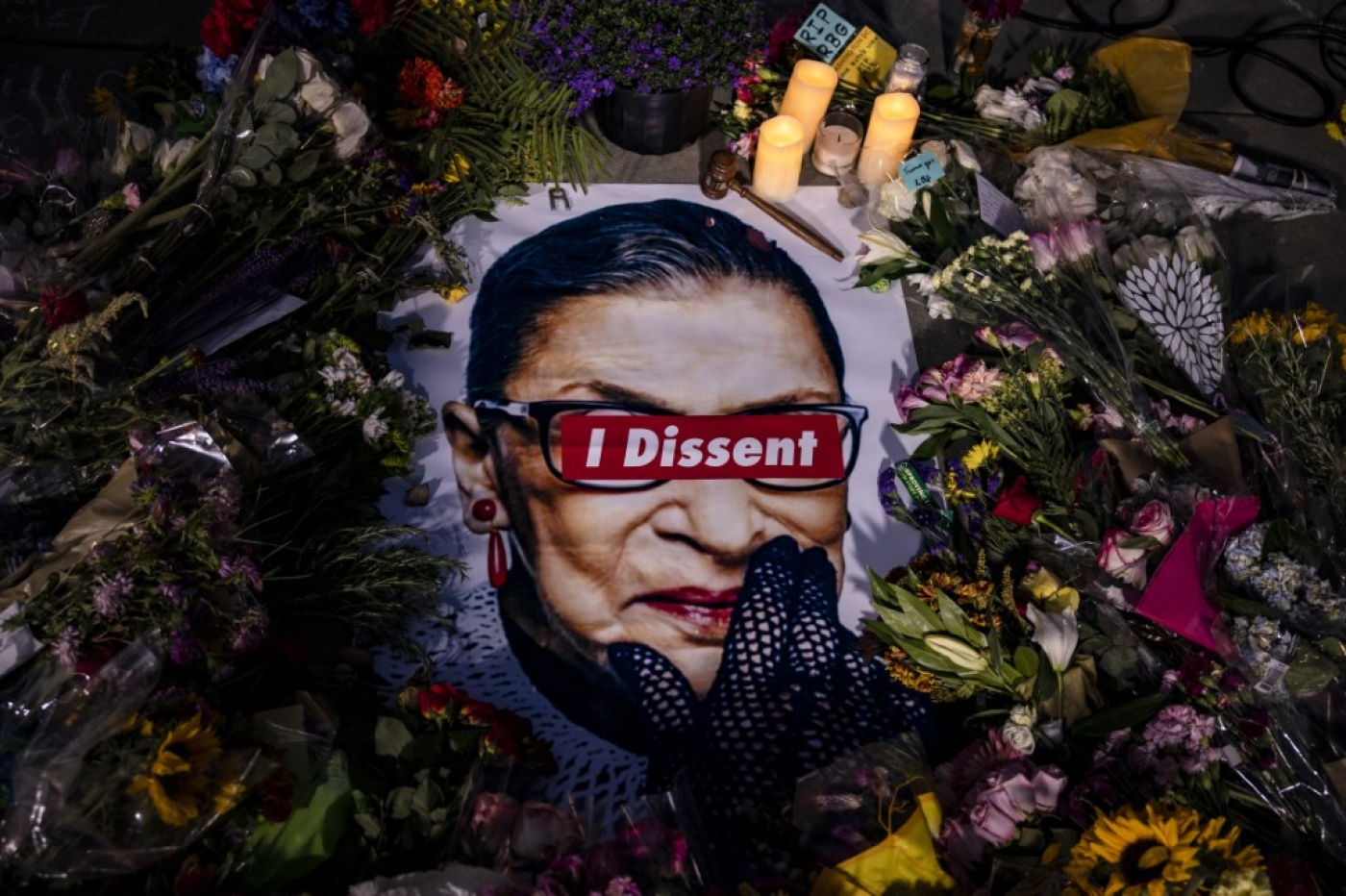 The news of US Supreme Court Justice Ruth Bader Ginsburg’s death at the age of 87 was as much expected as dreaded by a US liberal elite sick and tired of Donald Trump’s presidency.

The deeply loved and widely admired Ginsburg had been battling cancer for years. But the inevitable news hit cyberspace like a thunderbolt last month.

In the US and for her liberal admirers, Ginsburg, the second woman appointed to the Supreme Court, has justly achieved a larger-than-life historic stature, comparable to the other legendary Supreme Court justice, Thurgood Marshall. That stature, however, was at least temporarily overshadowed by the urgent fact that her death - just a few weeks before the election - meant Trump and the Senate Republicans would want to push her replacement through as swiftly as possible.

Raised to a demigod

The US liberal establishment remains justly concerned about the Trump judicial legacy in the Supreme Court swinging the pendulum ever rightwards on such crucial issues as abortion, the death penalty, Obamacare and LGBTQ rights. And Trump delivered, nominating a candidate diametrically opposed to Ginsburg to replace her: Judge Amy Coney Barrett, who is originalist, textualist, against abortion due to religious convictions - you name it.

Ginsburg has enjoyed much-deserved love and admiration for having risen from a humble background in a Jewish middle-class family in Brooklyn to the highest institution of her country’s legal apparatus. She is celebrated as a champion of women’s rights who protected and advanced legal parity of men and women from her position on the Supreme Court.

Such facts, however, do not quite account for the bravura hagiography that the New York Times has led the country in showering on Ginsburg. She has been raised to a demigod of justice and equanimity, the likes of which humanity at large has never seen. King Solomon himself would reconsider his fame as the symbol of justice in light of the larger-than-life figure Ginsburg has cut in this outlandish martyrology.

The trouble with US political culture in this toxic environment is that everything has become irredeemably symbolic of something else. Things have lost their inner complexities and historic proportions.

Ginsburg was a liberal judge loved by liberals and loathed by conservatives. The Republicans’ rush to replace her with Barrett, who is evidently to the right of the notoriously reactionary late Justice Antonin Scalia - to whom Iranian Ayatollah Ali Khamenei or any Wahhabist sheikh in Saudi Arabia would look like flaming liberals - is a clear indication that this country has forever lost, if it ever had, the wisdom of moderation in anything.

What is lost in this hagiography of Ginsburg is any modicum of balanced critical thinking. A caring and competent bourgeois feminist she was; a formidable force in balancing the reactionary proclivities of the US Supreme Court, the same body that in the infamous 1944 case of Korematsu v United States upheld the legality of internment camps for Japanese Americans, and that in 2018 upheld Trump’s racist Muslim ban.

But a bit of critical judgment must also be applied to Ginsburg. Soon, the public adulation of RBG (as she was affectionately called) led by the New York Times began to encounter a growing backlash. People began to question this postmortem glorification. The online noise became so loud that the New York Times decided to do some quick damage control and address the overkill.

“Amid the Outpouring for Ginsburg, a Hint of Backlash,” the headline reads. The subhead continues: “The mourning for Ruth Bader Ginsburg has also stirred a long-simmering question: Just whose feminism did she symbolize?”

Now, we had a more sober voice: “Those who celebrated her as a one-woman bulwark against the collapse of democracy might have been surprised by something else that bubbled up. Within hours of her death, there also appeared more than a little snarking about the pop-hagiography around her, edged with insinuating questions about just how far-ranging her vision of equality was.”

This more balanced assessment hinted at a far more damning criticism of Ginsburg by more progressive feminists, who now openly accuse her of “white feminism”.

This piercing criticism is not the only charge now being levelled against Ginsburg. The New York Times itself, panicked by its own unbounded adulation, picked up where progressive feminists left off. As Ginsburg was being honoured in the Capitol, the Times published a far more direct, and yet still circumspect and respectful, piece showing chapter and verse how Ginsburg’s vanity prevented her from stepping aside in time for former US President Barack Obama to appoint a liberal judge to succeed her.

In a piece by Susan Dominus and Charlie Savage, we learn how Obama had a delicate lunch meeting with Ginsburg in 2013 when she was 80, the oldest member of the US Supreme Court and already battling cancer, gently suggesting for her to retire - and she adamantly refused to take the hint. The piece makes it clear that Justice Anthony Kennedy’s retirement in 2018 was facilitated by Trump’s White House to make room for the appointment of Justice Neil Gorsuch, one of his former clerks. Kennedy obviously cared who would succeed him. Ginsburg preferred to prolong her occupation of that powerful position, despite her fatal illness.

Justice is a universal hope; it is not an American commodity. It is innate to human critical consciousness to seek justice. It is therefore equally just to ask where this icon of US justice stood on Palestine, a question of justice definitive to people around the globe. Could a judge to whose name the very word “justice” is justly attached, not care about justice in Palestine or any other part of the world?

On this front, and judged by her public behaviour, Ginsburg could not care less. In July 2018, she happily and proudly received a lifetime achievement award from the Genesis Prize Foundation in Tel Aviv - a lucrative award that functions handsomely as a propaganda tool for the Israeli settler colony. What had Ginsburg’s achievements to do with Israel? She was not Israeli; she was American.

There are even conscientious Israelis who have refused to be implicated in the propaganda machinations of the Genesis Prize. Renowned actor Natalie Portman, for example, refused to accept the prize. But not Ginsburg, who happily flew to Israel to receive it.

None of these compromising facts diminish an iota from Ginsburg’s achievements. She was a remarkable woman and richly deserved whatever honour, love and admiration came her way. The issue, rather, is the porous border between fact, fiction and fandom, which all come together in this country to conflate, confuse and disallow any serious encounter with the prospects of critical judgment necessary for responsible citizenship in a democracy.

The hagiography unleashed around the legacy of Ginsburg is the symptom of a much larger malady that has long ailed the US, and which in Trump’s troubled reign has come to the fore, confounding the world’s image of this “land of the free and home of the brave”.