Kieran Cooke
After food costs spike, Saudis spent billions buying up farm land around the world. Who benefits exactly and can the spree continue? 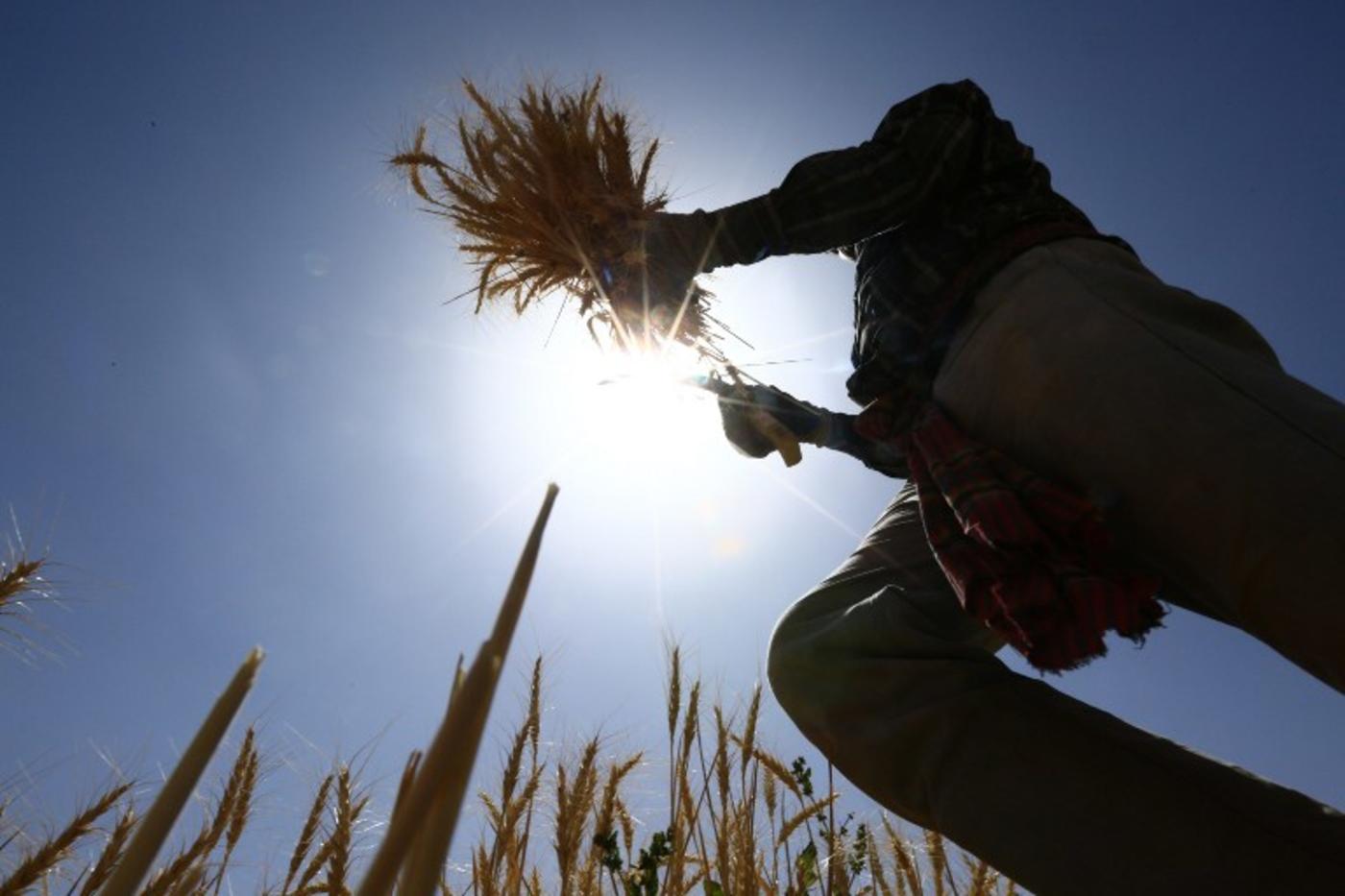 They control rice farms in Ethiopia, Sudan and the Philippines, cattle ranches in California and Arizona, wheat fields in Ukraine and Poland, ranches in Argentina and Brazil and shrimp producers in Mauritania.

Saudi investors – both state and private – have since gone on a global shopping spree, spending billions of dollars buying up or leasing large tracts of land around the world.

The Saudi policy has not gone entirely smoothly. In Ethiopia, the foreign takeover of lands has led to riots and killings. In Indonesia, local tribes people have severely limited Riyadh’s ambitions.

Critics accuse Saudi Arabia – and several other countries including fellow Gulf states - of participating in a global "land grab", using their financial clout in a bid to impose industrial-scale farming practices on what are usually traditional, mixed crop, smallholder plots of land.

The Saudis say King Abdullah’s initiative has been aimed primarily at ensuring the kingdom’s food security: according to officials, the move also has benign international objectives, including “enhancing international food security and encouraging Saudi investors to utilise their resources and experiences abroad".

What would happen, wondered Saudi officials, if there were no food imports available to feed Saudi Arabia’s rapidly expanding population?

The main stimulus for this Saudi rush to invest in land overseas was the massive spike in world food costs from 2007 to 2008 when the global price of many agricultural commodities - particularly grains such as wheat and rice - more than doubled in a few months.

Drought, growing demand from rapidly expanding economies in Asia and the activities of market speculators were some of the underlying causes of what was referred to as a global food crisis.

While Saudi Arabia, flush with petrodollars, had ample funds to pay for more expensive food imports, what really worried King Abdullah and his advisors was a ban on food exports imposed by many of the main food-producing countries as result of concerns over shortages and price rises in their own markets.

What would happen, wondered Saudi officials, if there were no food imports available to feed Saudi Arabia’s rapidly expanding population?

Saudi Arabia’s own agricultural sector was a disaster area: water in one of the world’s biggest aquifers had been largely exhausted as the kingdom, from the 1980s onwards, pursued a policy of self sufficiency in many commodities, including wheat.

By the early 2000s, the Saudi rulers had realised their mistake and King Abdullah declared an end to self sufficiency: lavish subsidies given to producers of wheat and other crops would be phased out. The only solution to the kingdom’s food security problems, said the Saudi planners, was to go in search of land abroad.

At first, the policy seemed successful. In January 2009, there were reports of a glittering ceremony in Riyadh where King Abdullah was presented with Ethiopia-sourced rice. The king pronounced the rice of good quality and urged his ministers to redouble their efforts abroad.

While many parts of the Middle East were rocked by price rises and rioting in late 2010 and 2011 – protests which led in part to the events of the Arab Spring – Saudi Arabia’s population was cushioned by abundant food imports, often subsidised by the government.

Curse of the rush

One of the earliest Saudi investment projects abroad was in Gambella, a remote area in western Ethiopia, where the Saudi Star company leased 10,000 hectares on a 60-year lease.

The rush for land, water and other essential natural resources has become a curse for indigenous and minority peoples who barely have legal protection and redress

The conglomerate – a business empire headed by Sheikh Mohammed Hussein Ali al-Amoudi, an Ethiopian-born Saudi oil billionaire and close confidant of the Saudi monarchy - said it eventually wanted to acquire up to 500,000 hectares in the Gambella region and in other parts of the country, and promised to invest $3bn and create more than 5,000 jobs.

But progress on the project has been very slow.

Local people say they’ve received little or no compensation for the takeover of their land and claim fisheries and plants vital for bees and local honey production have been destroyed.

“The rush for land, water and other essential natural resources has become a curse for indigenous and minority peoples who barely have legal protection and redress,” says Anywaa Survival Organisation, a human rights group focusing on the Gambella region.

Saudi Star insists the land it leased in Gambella was “empty” before it arrived and talks of bringing much-needed foreign investment and agricultural expertise to Ethiopia.

Several people working on a water canal for the project were killed in riots in 2012. There were harsh reprisals by the military: Ethiopian soldiers and local militia guard company buildings.

Other, smaller scale Saudi investors in Ethiopia have criticised the kingdom’s banks for not offering enough support.

Other Saudi land projects around the world have run into trouble.

Plans by the giant Bin Laden group - reported at present to be mired in debt and forced to lay off thousands of workers - to take over up to two million hectares of land in the province of Papua in Indonesia for rice cultivation were stalled after local tribes opposed the project.

Ambitious plans for rice cultivation in Senegal and Mali in West Africa put forward by AgroGlobe, the Saudi group headed by Sheikh Saleh Kamel, appear to be also on hold.

Purchases of land by the Al Rajhi family – considered to be the wealthiest non-royals in Saudi Arabia – in Mauritania and Sudan have gone ahead, though the size of these projects has been hit by the general turbulence hitting the kingdom’s finances.

Though it's cut back on grain production, Saudi Arabia still has giant cattle pens, with thousands of animals cooled by sprinklers. At the end of last year, Riyadh announced that in addition to halting subsidies on home-grown wheat, it would also be phasing out subsidies for alfalfa – a main part of the Saudi cattle herd diet - within three years.

The royal family owned Almarai Company – headed by Abdul Rahman Al-Fahdi who was recently appointed chief of the new environment, water and agriculture ministry in a government shake-up – has been buying up land in California and Arizona.

Conservations say that growing water-hungry crops such as alfalfa in what is a severely parched region like the western US makes no sense. Some farm groups have raised objections to foreign ownership of American land.

Further Saudi agricultural purchases overseas could be hit by a growing movement, particularly among nations in Africa, against so called "land grabs".

There is also competition from other fast industrialising nations for the world’s land. In recent years, China, South Korea and India, all facing their own food security problems, have emerged as leading global land purchasers. Other Gulf states are in the hunt, with Kuwait, Qatar and the UAE all making substantial purchases overseas.

Major food companies such as Bunge and Cargill are also big competitors for control of global grain supplies.

But perhaps the biggest impediment to Saudi land purchase ambitions is the sudden dearth of funds in the Riyadh exchequer. The dramatic drop in oil revenues could mean the end of lavish petrodollar-fuelled buying escapades overseas – and more challenges for those trying to ensure the kingdom’s future food security.

Photo: An Asian farmer harvests wheat in a field in the Tabuk region, some 1,500 km northwest of the Saudi capital Riyadh, on 7 April 2016 (AFP) 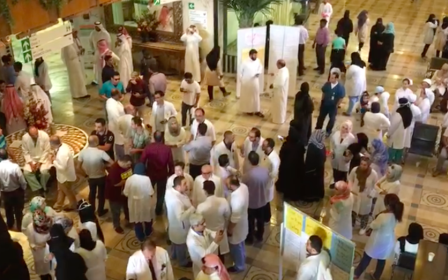