Saudi Arabia: How one fateful night set in motion a series of brutal purges

David Hearst
Hayat al-Beyaa was intended as a mechanism to transfer allegiance of the House of Saud from one king to another - but this did not happen in 2017. Now, MBS wants his opponents to pay 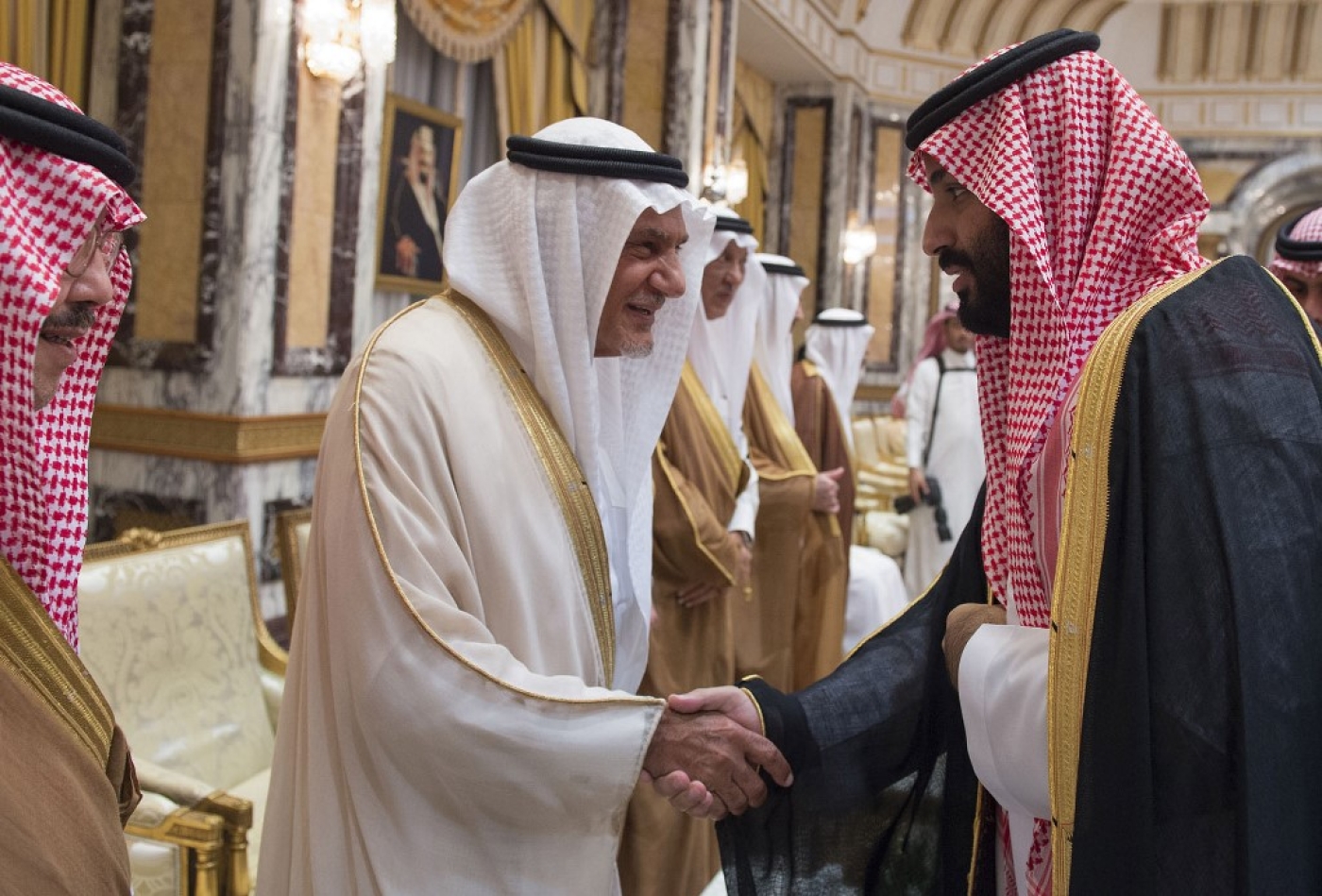 Laylat al-Qadr, variously called the Night of Power, Decree, Value or Destiny, is the holiest night in the Muslim calendar. It is the night when the first verses were revealed to the Prophet Muhammad, and it has become the moment in the year when Muslims believe their prayers have maximum worth.

Three years ago on this night, Saudi Arabia’s least religious prince, Mohammed bin Salman (MBS), completed his plot to oust his elder cousin, Mohammed bin Nayef, becoming crown prince himself and taking the oath of allegiance from the rest of the family in one of the royal palaces close to the Kaaba in Mecca.

The contrast between then and now could not be more stark.

Three years ago, the young prince was at the height of his power. The palace coup had put him in control of the crown; many family members he would later imprison rushed to Mecca to genuflect before him and kiss his hand; Mecca was full of worshippers; the kingdom was rich, imposing its will on Yemen, and all the world had swallowed the myth that a reformer was at hand to transform and modernise not just a backwards country, but the region itself.

What is the Bayaa council?

Today, and for the first time in decades, Mecca is empty of all but a chosen few worshippers kept two metres apart. Behind the ring of luxury hotels that surrounds the Kaaba, thousands of migrant workers are locked up in slums with inadequate sanitation, rubbish in the streets, no access to the medical system and the highest rate of Covid-19 infections in the country.

It is no longer possible to deny that the kingdom, under MBS control, has lost money, influence, power and friends

In October 2018, MBS announced that his main sovereign wealth fund, the Public Investment Fund, was “getting close” to $400bn in assets and would surpass $600bn by 2020. It is worth only $320bn today.

Any fraction of these sums would have been enough to restore jobs and industry, and to ensure a decent standard of living for Saudis. Instead, the nation is facing a prolonged period of austerity while its rulers continue to live in unimaginable luxury.

Since the murder of Saudi journalist Jamal Khashoggi, MBS has been persona non grata in Washington or indeed any European capital, and US President Donald Trump invites a tsunami of criticism each time he refers to him as his friend. At least 20 princes are in jail after a series of purges. It is no longer possible to deny that the kingdom, under his control, has lost money, influence, power and friends. 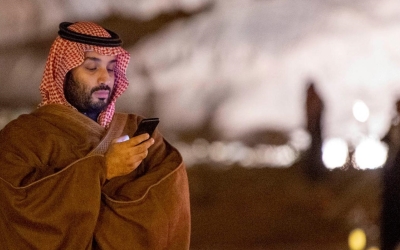 A return trip by MBS to London, Washington or Silicon Valley, where he was courted by the great and the good, is impossible to imagine today.

Yes, he will host the G20 in Riyadh in November - if it is allowed to go ahead - but with the fall in the price of oil, his nation’s inclusion in that elite group will come under scrutiny, and the prince’s personal brand is dead.

What really happened on that night three years ago, and why did MBS launch three purges, two aimed at his family, after receiving such a fulsome coronation?

It is worth returning to that dramatic night three years ago. At the time, we were told that bin Nayef was stripped of all of his posts and MBS installed in a vote by Hayat al-Beyaa, the Allegiance Council set up by the previous King Abdullah. This happened at dawn. An awkward video was released of MBS kissing the hand of bin Nayef.

But we now know that the committee did not meet physically, it probably was not quorate, and votes were taken over the telephone. In others words, the vote itself was illegitimate even by its own rules.

The council was created by a special decree in 2006. It was meant to be a significant reform for an absolute monarchy with no constitution, aiming to change how future kings were appointed, from “might is right” to some form of consensus-building procedure.

Thirty four positions on the council are held by the sons of the founder of the nation, King Abdulaziz, or their sons. Two other seats, never filled, are appointed by the king and the crown prince. In this way all branches of the House of Saud are represented.

But the project was stillborn. King Abdullah excused himself from the process and died before it could ever function. Three crown princes, Sultan bin Abdulaziz, Nayef bin Abdulaziz and Salman bin Abdulaziz, were appointed without the involvement of Hayat al-Beyaa.

Still, King Abdullah had aimed to use the mechanism to install his son, Prince Mutaib, as the next generation ruler. He could not do this in one move, so he had created a new post of “deputy crown prince”. His plan was to remove Salman as crown prince and install Prince Muqrin in the position, with Mutaib as his deputy. He died before he could set these moves in concrete.

When Salman ascended to the throne, he initially made Muqrin crown prince and Mohammed bin Nayef his deputy. Three months later, Muqrin was replaced by bin Nayef, and MBS was appointed deputy crown prince.

And so, that fateful night three years ago was to have been the first big test for the Allegiance Council. It failed miserably. The council had already lost its chairman, Mishaal bin Abdulaziz, who died in May 2017 and was not replaced. According to the rules of the council, it should only be considered quorate if two-thirds of its members turn up, if it has a chairman, and if a vote is passed by more than half of its members.

Like any other gambler, MBS' losses will only spur him to double the stakes by seizing the throne from a father under his physical control

There was no physical meeting, no chairman, and thus no quorum. It was later reported that 31 out of 34 members voted for MBS, but that was done over the telephone. In all probability, the ousting of bin Nayef and the accession of bin Salman to the post of crown prince was illegal and illegitimate.

This was a crucial issue for the young prince. It cast a constitutional shadow over him from the start of his rule, and it might explain his sensitivity to two princes in particular, who are now languishing in jail.

The first is bin Nayef, who was first accused of being a drug addict and now a traitor and coup plotter. The second is the king’s brother, Ahmed bin Abdulaziz, who returned from London with the express purpose of getting himself installed as chairman of Hayat al-Beyaa and opposing bin Salman’s succession to the throne.

Prince Ahmed made no secret of the fact that he did not vote for his nephew on that night three years ago, nor did he go to Mecca to give his oath of allegiance to the crown prince.

While those two princes are alive, MBS knows there is a threat to him personally. Four members of the Allegiance Council have been targeted in the latest sweep by the nervous crown prince. Three have been either jailed or questioned, while a fourth has obtained nationality from Cyprus in a bid to escape.

Now, some of the imprisoned royals are reportedly using lobbyists in Washington to remind Congress of their fate - so the threat they pose to MBS is not over.

Hayat al-Beyaa was intended as a mechanism to transfer allegiance of the House of Saud from one king to another. This did not happen. Because it did not, it set in motion a series of brutal purges, deepening the political crisis for the crown prince just as he is about to seize the ultimate prize.

Everything he has done since then has gone wrong: the war in Yemen, the partial privatisation of Aramco, the building of the futuristic desert city of Neom, the economic diversification under Vision 2030, the pushback against Iran, the price of oil and now coronavirus.

Even Trump has shown clear signs that Saudi Arabia no longer ranks as high in his list of priorities. He did not react when Iranian-built drones and cruise missiles devastated two Saudi oil facilities, halving the nation’s output for weeks. He then proceeded to withdraw US Patriot missiles from the country, after a tacit agreement to deescalate with Iran.

MBS is on a losing ticket. Like any other gambler, his losses will only spur him to double the stakes by seizing the throne from a father under his physical control. It is unlikely that such a move will stabilise a kingdom in freefall; it will continue its plunge. It still has a long way to fall, but everyone living in and around the country will feel it. 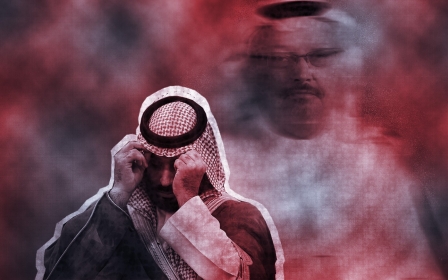