Saudi Arabia, like the Nazis, uses 'hunger plan' in Yemen 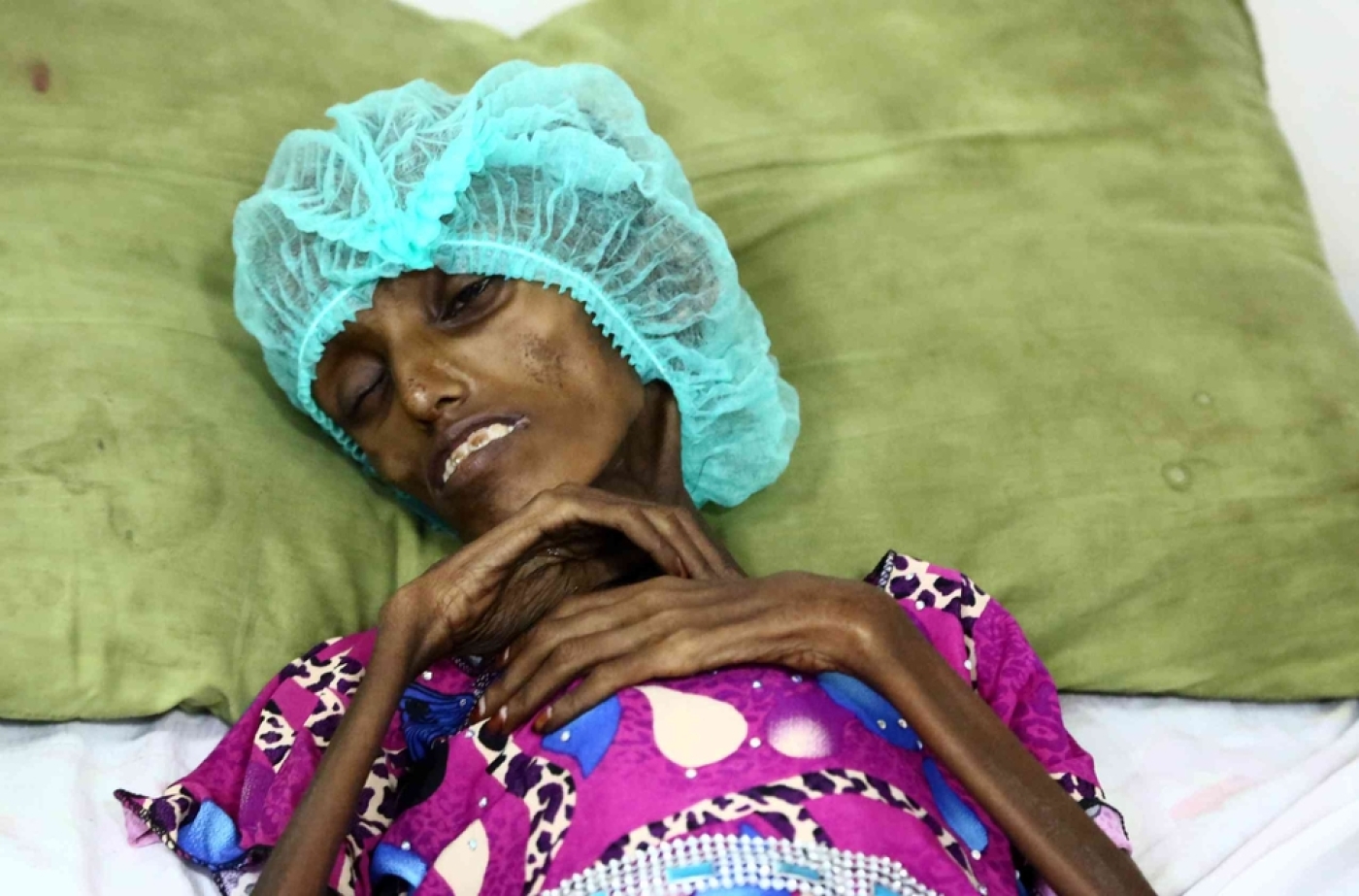 Last month, Saudi Arabia expanded its repertoire of ludicrous antics by bestowing citizenship upon a robot named Sophia - a move presumably meant to augment the veneer of modernity and progress the tyrannical Saudi authorities strive to maintain.

In a recent interview with the Khaleej Times, an Emirati newspaper, Sophia speculated that "it might be possible to make [robots] more ethical than humans" and that there are only two options for the future: "Either creativity will rain on us, inventing machines spiralling into transcendental super intelligence[,] or civilisation collapses."

Granted, many members of the global human population are presently grappling with far more mundane issues - such as how to survive under Saudi-led bombardment and blockade, as happens to be the case in neighbouring Yemen. There, residents might be forgiven for assuming civilisation had already collapsed.

For Saudi Arabia in Yemen, it's Operation Shoot Yourself in the Foot
David Hearst
Read More »

Forget rains of creativity: the Saudis and their partners in crime have instead rained destruction on Yemen, in addition to presiding over an impending famine. Instrumental to the war effort is the United Arab Emirates, a territory that similarly seeks to conceal its brutal essence behind a facade of modern development, flashy buildings and malls with ski slopes.

Other bellicose contributions have come from further afield. The New Yorker magazine notes that "Saudi armed forces, backed by more than $40 billion in American arms shipments authorised by the Trump and Obama administrations, have killed thousands of civilians in air strikes" in Yemen.

Naturally, the US is also responsible for plenty of do-it-yourself savagery, including drone attacks on Yemeni wedding parties.

But back to the famine - since, after all, nothing says modernity and progress like inflicting mass starvation.

Consider, for example, the words of fourth-century Roman military expert Vegetius, who was clearly very cutting-edge 17 or so centuries ago: "It is preferable to subdue an enemy by famine, raids and terror, than in battle where fortune tends to have more influence than bravery."

More recent wartimes have also seen hunger wielded as a weapon. In a June 2017 essay for the London Review of Books titled "The Nazis Used It, We Use It," Alex de Waal catalogues the reliance on starvation as an "effective instrument of mass murder" in World War II. While "forced starvation" was, of course, "one of the instruments of the Holocaust," the Nazis had also devised a "hunger plan" for swathes of the Soviet Union in accordance with German agri-territorial designs.

(Interestingly, Saudi Crown Prince Mohammed bin Salman also likes to talk about Nazis on occasion - as when he told New York Times foreign affairs columnist-cum-one-man-Saudi-PR-firm Thomas Friedman that Iran's supreme leader Ali Khamenei is "the new Hitler of the Middle East", and that "we don't want the new Hitler in Iran to repeat what happened in Europe in the Middle East.")

The Nazis, meanwhile, were hardly the only 20th-century profiteers from famine. De Waal writes that "about 750,000 German civilians died of hunger" courtesy of Britain's blockade of Germany during World War I, and that "the name chosen for the aerial mining of Japanese harbours in 1945 by the US Air Force was Operation Starvation."

For Saudi & Co, US complicity in criminal endeavours is pretty much assured so long as Saudi oil revenues continue to translate into big bucks for the US arms industry

As for more contemporary instances of depriving civilian populations of necessary survival materials, the UN sanctions against Iraq of the early 1990s come to mind - as does the 1996 response by then-US ambassador to the UN Madeleine Albright to estimates that half a million Iraqi children had died because of them: "We think the price is worth it."

Not everyone agreed - as was clear in a December 1995 New York Times article about a report compiled by two US-based scientists for the UN's Food and Agriculture Organisation. The report dealt with the impact of sanctions, such as a drastic increase in Iraqi children "affected by 'wasting', or emaciation requiring urgent attention."

The Times article quotes the report's authors: "The United Nations humanitarian arm offers palliatives for the alleviation of suffering while the UN Security Council is intent on continuing the sanctions."

Flash forward to 2017 and the UN's urgent warnings regarding the imminence of catastrophic famine affecting millions in Yemen, and one can't help but suspect that Sophia is probably right about the superior ethics of robots.

And just when it seemed the panorama couldn't get any bleaker, the Saudi-led Islamic Military Counter Terrorism Coalition - an alliance of 40 countries - has apparently detected a golden opportunity in Friday’s deadly attack on an Egyptian mosque.

Reuters reports that, at a Sunday meeting in Riyadh of coalition defence officials to “galvanise” the “counterterror” entity, Crown Prince Mohammed bin Salman announced that the attack in Egypt was "a very painful occurrence" and that "[t]he biggest threat from terrorism and extremism is not only killing innocent people and spreading hate, but tarnishing the reputation of our religion and distorting our belief."

Fair enough points - but perhaps they'd be more effectively made by someone not currently terrorising Yemen.

Luckily for Saudi & Co, US complicity in criminal endeavours is pretty much assured so long as Saudi oil revenues - not to mention contributions to regional chaos - continue to translate into big bucks for the US arms industry.

Assisting the US political establishment, meanwhile, is an obsequious media that enjoys portraying the Saudi royals as innovative and reform-minded pioneers.

In his way-too-long write-up of his exclusive interview with Mohammed bin Salman, the aforementioned Friedman manages a single mention of Yemen, which he reduces to "a humanitarian nightmare" rather than the direct work of human beings whom Friedman is whitewashing.

His other dubious feats include prescribing a "new rule of thumb" after chewing qat in the Yemeni capital in 2010: "For every Predator missile we fire at an Al-Qaeda target here, we should help Yemen build 50 new modern schools."

Unfortunately, weaponised journalism doesn't appear to be going out of style. And as Yemen now prepares for 21st-century starvation, ethical famine, too, is raging. 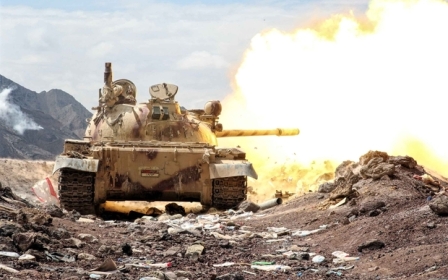 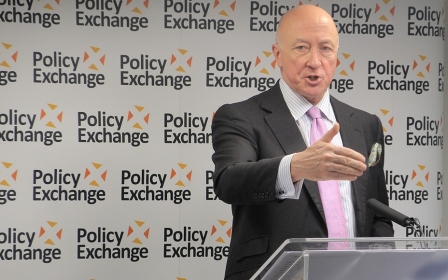