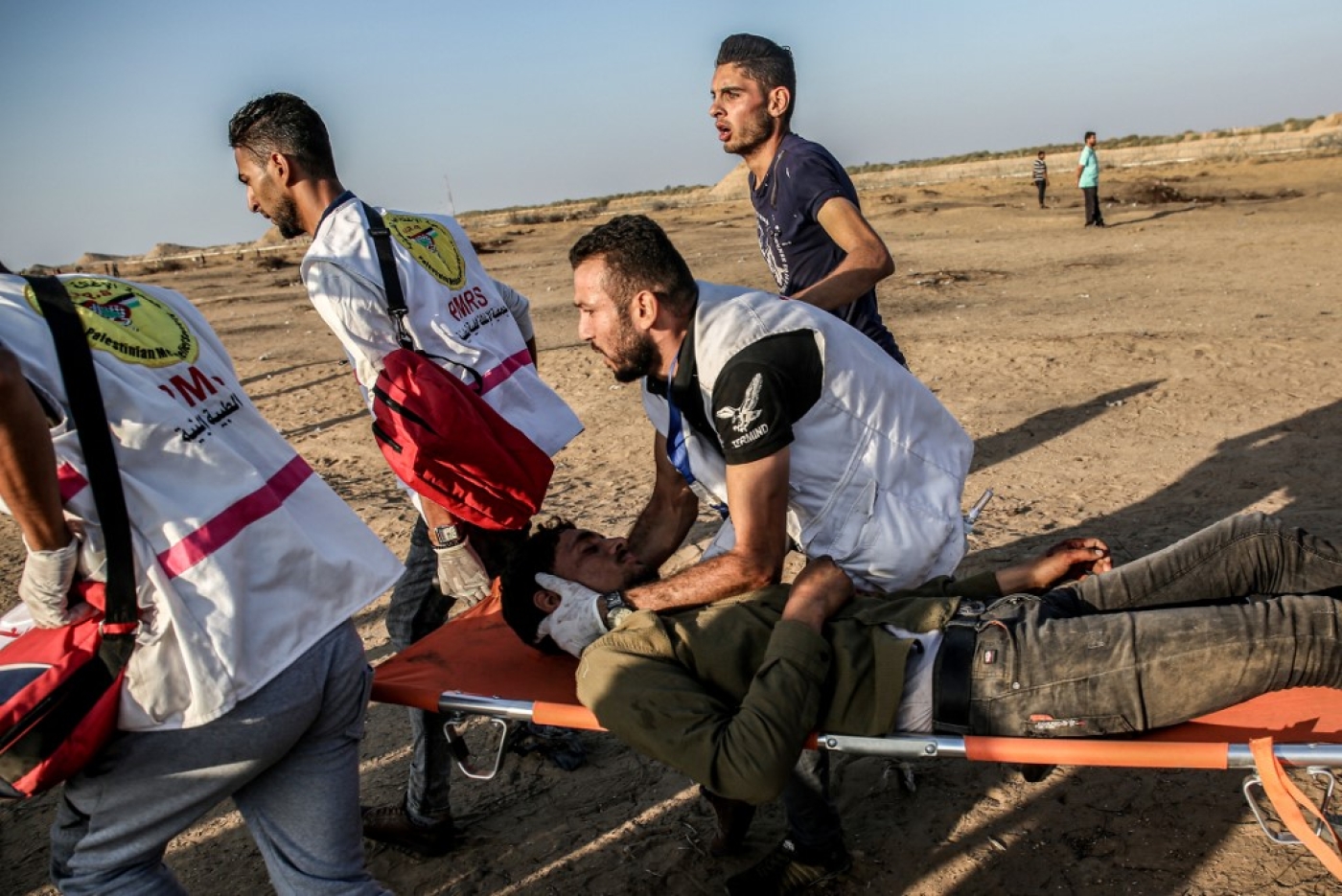 According to the authors of the forthcoming book Border Wars: Inside Trump’s Assault on Immigration, US President Donald Trump suggested shooting migrants in the legs to slow their approach to the country’s southern border, echoing comments he made publicly in 2018, when he suggested the military shoot those who throw rocks at soldiers patrolling the US-Mexico border.

Based on interviews with more than a dozen Trump administration officials, the authors also claim that Trump “wanted the [border] wall electrified, with spikes on top that could pierce human flesh” and suggested a moat should be constructed and filled with alligators.

It’s impossible to tell from where Trump gets his worst and most viciously racist impulses, given we know he’s not a student of history, or pretty much anything - at least as far as we can tell from his words and deeds, and the comments made by his former ghostwriter.

Tony Schwartz, who was employed by Trump in the late 1980s to ghostwrite The Art of the Deal, told The New Yorker that a more appropriate title for the book would be The Sociopath, based on what he had learned from shadowing Trump for 18 months to learn his quips, phraseology, beliefs and attitudes in order to channel his subject’s rhetorical style.

The current occupant of the White House creates instant, Twitter-ready policy proposals based on a gut reaction to whatever it is he's watching on cable TV

Trump displays a “stunning level of superficial knowledge and plain ignorance”, Schwartz said. “I seriously doubt that Trump has ever read a book straight through in his adult life,” he added, noting that he never once saw a book on his desk, in his office or at his apartment.

What’s clear, however, is that the current occupant of the White House creates instant, Twitter-ready policy proposals based on a gut reaction to whatever it is he’s watching on cable TV, particularly Fox News, and without prior consultation or research. In other words, he just blurts out whatever best serves his personal and political needs in that moment - decency, morals and ethics be damned.

What’s also clear is that Trump is a “star pupil” of Israeli Prime Minister Benjamin Netanyahu, one who “has not only been learning from his mentor, but adding ruthless initiatives of his own”, according to The Globalist.

'Shoot at the ankles'

Could it be possible, then, that Trump got his barbaric idea for shooting Latin American migrants in the legs from the same kind of draconian policies dished out to the Palestinian people by the Netanyahu government?

Well, consider the fact that the Israeli military recently announced it had decided to change its rules of engagement in giving permission to Israeli snipers to “shoot at the ankles” of Palestinians, with one government official telling The Jerusalem Post: “It was understood that [firing above the knee] led to the deaths of many protesters.”

The protesters the official is referring to are Palestinians who have participated in the weekly and ongoing Great March of Return protests, which began in March 2018, against Israel’s blockade of Gaza. In the first year of the protests, more than 270 were killed by Israeli fire.

According to Gaza’s health ministry, more than 30,000 Palestinian protesters were injured by Israeli snipers during the same 12 months, including more than 6,800 shot with live ammunition. More than 80 percent of those sustained injuries to the lower limbs.

In May, the United Nations warned that as many as 1,700 Palestinians shot by Israeli snipers would need amputations within the next two years.

“You’ve got 1,700 people who are in need of serious, complicated surgeries for them to be able to walk again,” said Jamie McGoldrick, the UN humanitarian coordinator for the occupied Palestinian territory. “These are people who have been shot during the demonstrations and who are in need of rehabilitation and very, very serious and complex bone reconstruction surgery over a two-year period before they start to rehabilitate themselves.”

An independent commission of inquiry, established last year by the UN Human Rights Council, found “reasonable grounds” to believe that Israeli snipers had carried out war crimes in shooting protesters “who were not posing an imminent threat.” Will Israel's next government take a new approach on Gaza?
Read More »

When Israeli snipers shot and killed 55 unarmed Palestinian protesters on the day of the reopening of the US embassy in Jerusalem, the Trump administration blamed them for their own deaths, describing it as a “gruesome propaganda attempt”.

Such a response gives an insight into the level of callous disregard the US president holds for migrants, given that roughly two-thirds of Gaza’s population of two million are refugees, having been displaced by Israel’s ethnic cleansing of Palestinian towns and villages during the Nakba.

Is it really too much of a stretch to think that Israel’s shooting of unarmed Palestinian protesters is the source of Trump’s inspiration for wanting to shoot unarmed refugees on the US-Mexico border, given that the president boasts of being the “king of Israel”?

More to the point, should the US public really be shocked by Trump’s suggestion to shoot unarmed migrants, given that their tax dollars fund the very weapon (the M24 sniper rifle) that Israeli snipers use to shoot, wound and kill unarmed Palestinian protesters?