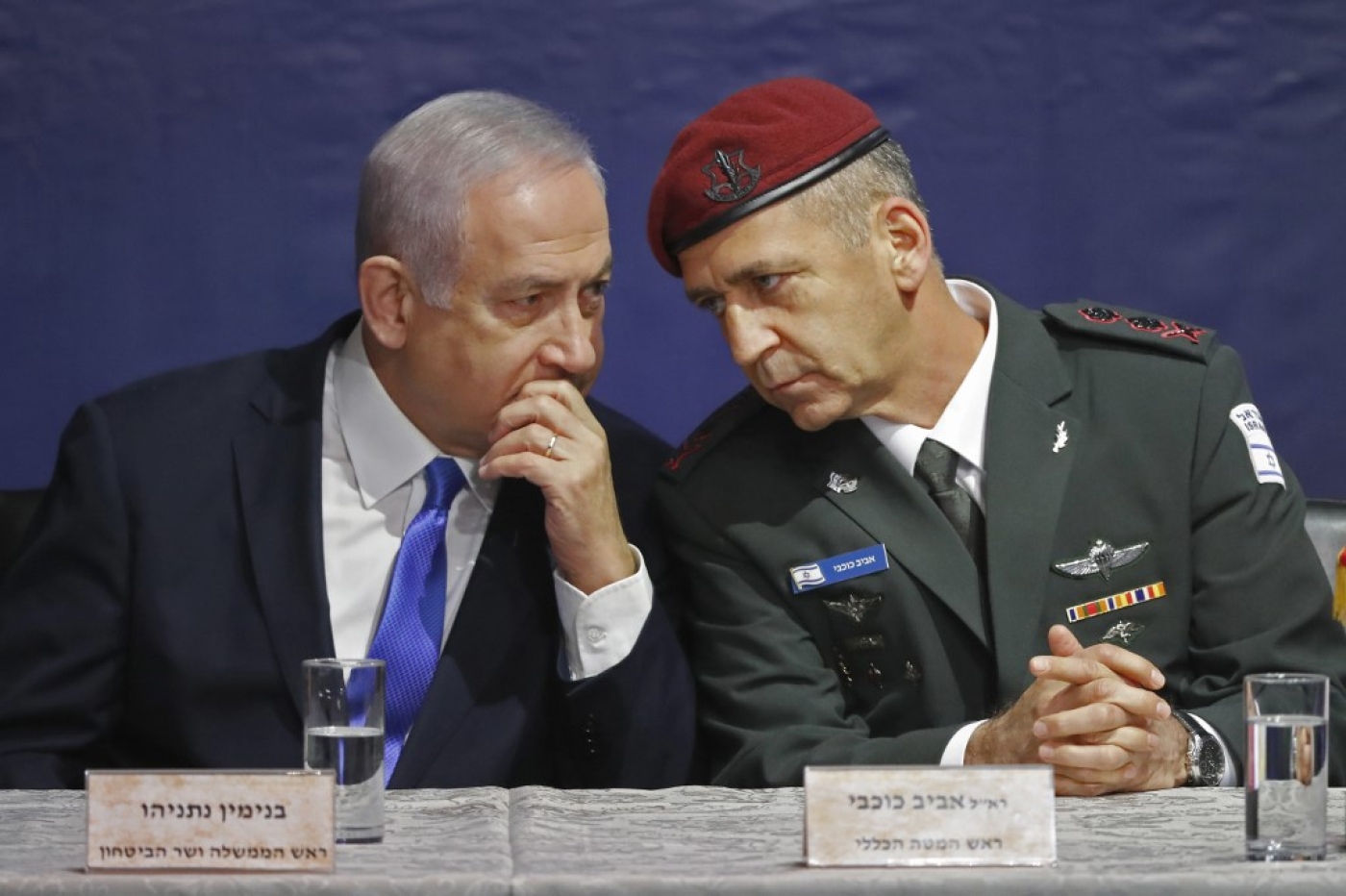 Battle plans for a possible future invasion of Gaza have been partially revealed, with the Israeli military outlining a strategy for a high-intensity campaign to damage civilian infrastructure and weaken Hamas, while still leaving it able to govern.

Israeli army chief Aviv Kochavi’s predecessor, Gadi Eizenkot, presided over the killing of nearly 200 Palestinian protesters in Gaza’s Great March of Return, but was still criticised as being too leftist.

He called for soldier Elor Azaria to be punished for executing an injured Palestinian in Hebron, warned the government that a humanitarian crisis in Gaza would threaten Israeli interests, and insisted that Israeli troops used the minimum necessary force to prevent Palestinians from reaching the Gaza fence.

It is clear that Kochavi, on the other hand, will pander to the right-wing Israeli public, rather than serve the myth that the Israeli military is “the most moral army in the world”.

The new Gaza plans are the latest in a series of moves showing how Kochavi will take the Israeli military on a path towards more violence.

The first such move was his inaugural speech, in which Kochavi said that he would strengthen a “deadly” army. The second was in June, when it was reported that Kochavi would expect hundreds of casualties a day for the enemy and “an aggressive physical elimination … a military unit will be required to demonstrate the destruction of more than 50 percent of the enemy’s force: true for Lebanon and for Gaza.”

Then, in July, Kochavi appointed the notorious brigadier-general, Ofer Winter, to command the 98th “Fire Division” of the army, which Kochavi himself used to command.

Winter had been snubbed by Eizenkot for years amid his excessive aggression towards civilians. He presented the 2014 invasion of Gaza as a religious war against “blasphemous” Palestinians. Winter was also in charge of an attack on Rafah known as “Black Friday”.

It is no coincidence that Kochavi’s fury seems to be focused on Gaza. Israeli generals are fond of the expression “mowing the lawn” to refer to periodic attacks on Gaza, as if Gaza is a wild growth that must be kept under control (at the cost of thousands of lives) lest it become a threat to Israeli security.

But turning Gaza into a killing field also serves the interests of Israeli arms companies, who can test their weapons, and allows Israeli troops to quench their bloodlust and rebuild their confidence.

In 2006, after the failed invasion of Lebanon, morale among Israeli troops was low. Facing the elections of February 2009, the Israeli government wanted an easy victory with minimum casualties on the Israeli side. In December 2008, Israel launched a three-week assault on Gaza, killing more than 1,400 Palestinians.

These days, the military’s morale is low again, as Palestinian non-violent resistance has forced Israeli troops to show restraint. Enlistment rates have dropped below 50 percent in recent years, which suggests that although military service is obligatory, exemptions are easy to come by. Recruits expect a “rewarding” service, the chance to “feel like men” and use lethal weapons.

The right-wing media presents soldiers who refrain from opening fire on civilians as suffering “humiliation”.

Many soldiers expressed solidarity with Azaria, who disobeyed orders and killed a defenceless man, and contempt for Eizenkot, who refused to give him a free pass. Some expressed their frustration on social media at orders to refrain from using lethal force against Palestinian demonstrators.

Army and human rights researcher Avihai Stollar shed light on the gruesome injuries suffered by Palestinians along the Gaza fence, causing disabilities and death. Stollar explained that snipers are equipped with two types of rifles, and by choosing to use a long-range rifle at short range, they could willingly cause excessive damage and pain to unarmed demonstrators.

Every military commander learns that victory and defeat are relative terms, measured against the strategic goals set at the beginning of the conflict. It is therefore noteworthy that Kochavi’s battle plan lacks strategic goals. There is no desire to reestablish direct control over Gaza, or to unseat Hamas. It is a plan for a quick incursion, sowing extensive death and destruction, and then a quick withdrawal.

I believe the two unstated goals are to test new weapons, and to rebuild military discipline.

Every attack on Gaza is an opportunity for Israeli arms companies to showcase their technologies and, indeed, Kochavi told the media that part of his new battle plan for Gaza included buying new weapons.

More importantly, giving young recruits the opportunity to engage in a bloody military operation - even a one-sided one - is crucial to maintain the discipline of an unruly Israeli military clamouring for action.