Sisi is pushing Egypt to the brink

David Hearst
Sisi has yet to make his biggest mistake, which would be to carry out the death sentence on Morsi 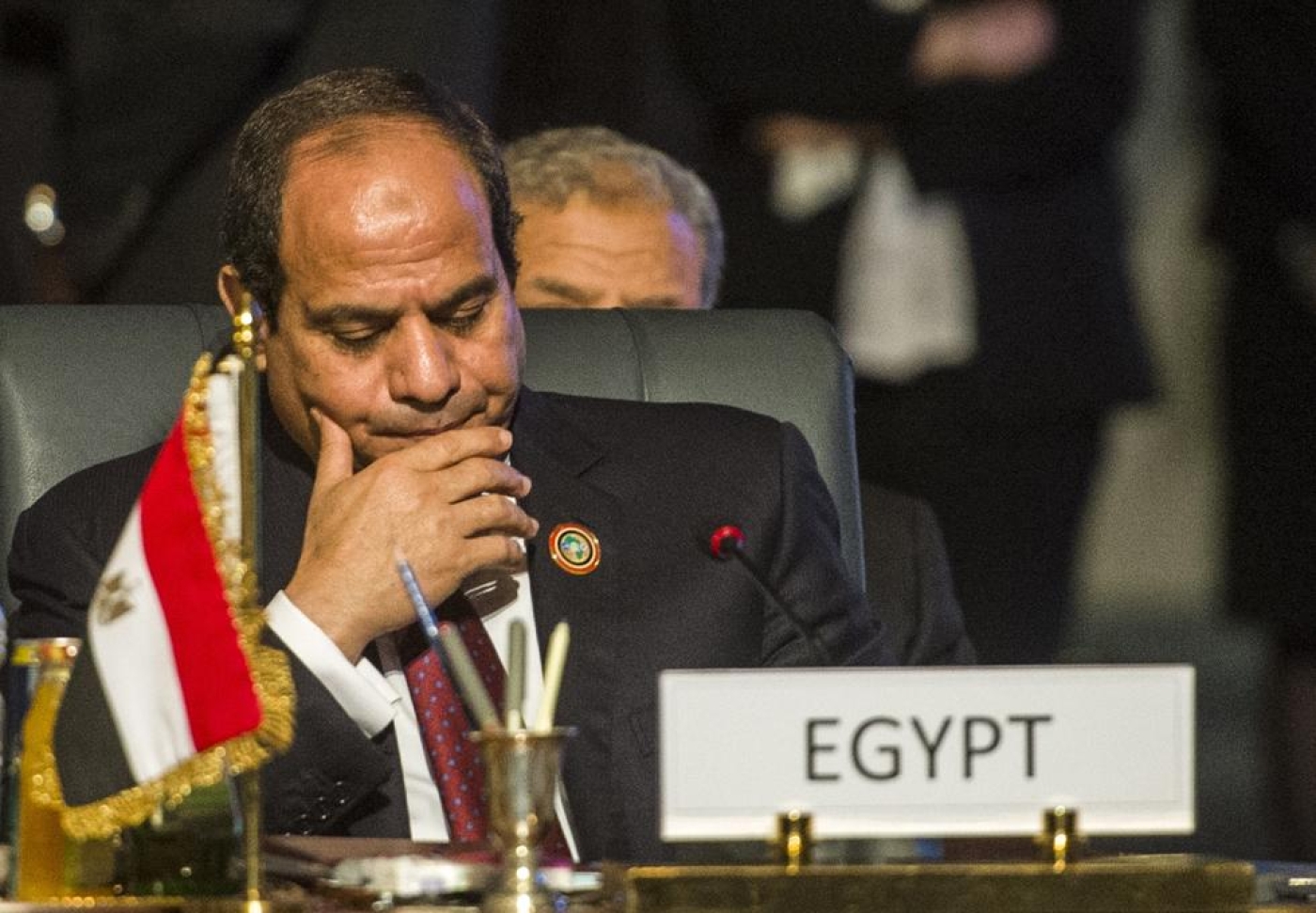 Abdel Fattah al-Sisi on Tuesday gave the clearest indication so far that he intends to hang the democratically elected president whose power he usurped. Railing against the inability of the state to deal with the militant insurgency he himself stoked, Sisi pledged legislation to allow his courts to dispense summary justice:

"The arm of justice is chained by the law. We're not going to wait for this. We're going to amend the law to allow us to implement justice as soon as possible ... Do courts in these circumstances work? Do these laws work? They work with normal people ... If there is a death sentence, a death sentence will be implemented ... the law! the law!"

Two years on from the coup which toppled him, Mohamed Morsi and 105 others, including 15 senior figures of the Muslim Brotherhood, are under the sentence of death. Sisi presides over a state which is failing before our eyes. Under his rule, Egypt is on a steep downward spiral of ever more ruthless repression which now includes Sri Lankan style "disappearances" and an increasingly active insurgency. If Sisi carries out his threat, the explosion in Egypt, a country of 90 million, half of them below the poverty line, will make Syria, Iraq and Libya seem insignificant in comparison.

No group has claimed responsibility for the assassination of Egypt's top prosecutor Hisham Barakat in a car bomb on Monday. But his death marks a blow to the authority of the regime he represented. Not since the speaker of the Egyptian parliament Rifaat al-Mahgoub was gunned down in 1990 has there been a killing of an official so prominent in the Egyptian state.

If the judiciary played an integral part in repression, Barakat was its human face. He was the man who signed the arrest warrants for over 40,000 people. He gave legal cover to the Ministry of Interior and army troops who massacred over 1,000 protesters in one day in the centre of Cairo in August 2013. He pushed for, and secured, mass death sentences. He also, according to the authenticated leaks of conversations in Sisi's offices, colluded with officials to fabricate details about Morsi's detention. Under what remains of Egyptian law, Morsi should not have been held in an army barracks. Barakat perverted the course of justice by attempting to dress up an army barracks into a prison run by the Interior Ministry.

There are three main theories about who was behind a remote-control bombing of this precision. The first suspect is the state itself, either Sisi seeking a justification to implement the death sentence already passed on Morsi, or leading generals within it, who support rivals in the same clan like the exiled Ahmed Shafiq.

As a conspiracy theory, this is not as wild as it as first seems. Barakat's driver was reportedly untouched. There are conflicting rumours about Barakat himself, that he was able to walk away from the car unaided, admitting himself to a civilian hospital before being treated by military doctors. There is confusion about how many cars were involved in the bombing.

The suspicion about exactly what happened on Monday is enough to provoke a senior Muslim Brotherhood leader in exile to call for an international UN investigation into Barakat's death.

He said: "The importance of the death of Barakat will be no less than the murder of Rafic Hariri in Lebanon. It needs the same level of investigation, which is independent from the regime. This death must not be left for Sisi to exploit."

The second set of suspects is a group related to or on the fringes of the Muslim Brotherhood. While the organisation condemned the killing and rigorously denied it had anything to do with it, there are so many victims of the regime within its ranks, that the killing of the prosecutor could be seen as a reply to Morsi's sentence. The third suspect is an Islamic State (IS) or al-Qaeda affiliate, or a non-Islamist leftist revolutionary group. There is one called "Revolutionary Punishment".

Whoever did it, the killing is particularly bad news for Sisi. It is the biggest sign yet that his mission is failing. He swept into power on a ticket of restoring Egypt's stability. And yet two years on, he cannot even protect key figures in his government. Egypt's military saviour is rapidly becoming its nemesis.

Back in June 2013, Sisi might have thought that one quick push was all that was needed. Morsi might have gone quietly and resigned and the Brotherhood might have trooped obediently back to their familiar bunk beds in prison while doing nothing to challenge the legitimacy of the state. It did not turn out like that. The millions who turned out on 30 June to denounce Morsi were never again to appear on the streets of Egypt. But the millions who protested against the military coup all over the country kept on demonstrating and struggling.

Sisi could also have persuaded himself that the tactics that stopped al-Gama'a al-Islamiyya's insurgency from 1992-1998 could work again in 2013. If he did think like this, he made a fatal mistake. That insurgency ended because the group itself did not have mass popular support. The Brotherhood does.

According to every attempt to measure political opinion in Egypt, the Brotherhood has retained its core support of around 30 percent. Two years ago there were over 40 political parties many of whom have disappeared. The Brotherhood remains the largest political movement in Egypt. If Sisi intends to declare war on these people and their families, he is doing so to millions of Egyptians, a portion of whom will turn to violence.

We have seen this before. A dictator uses violence against a peaceful political protest, forcing it to use violence back, and therefore justify the level of repression used against it. This scenario worked for Hafez Assad. But it did not work for his son Bashar, who has now lost control of most of his country. And there is no guarantee that violence will work for Sisi.

The second difference from the insurgency that Egypt faced in the 1990s is what is happening in the region itself. Mainland Egypt, the Arab world's most populous state, is surrounded by failed states or major regional conflicts. There is Libya to the west, Sinai to the east, Gaza to the north and Yemen to the south. The arms that flowed into Libya to propel the fall of Muammar Gaddafi found their way to Gaza. There are few borders any more, and chaos in one country represents a cause for intervention in another.

Sisi has yet to make his biggest mistake, which would be to carry out the death sentence on Morsi. Sayyid Qutb was not a major figure in the Muslim Brotherhood when he was hanged in 1966 for plotting Nasser's assassination. He was a thinker and a writer who came to Islamism after 11 years of being a liberal and an atheist. Qutb's death made him infinitely more influential over future generations of Islamists than he was over his own generation. Morsi was democratically elected. He retains in the eyes of millions of his voters more legitimacy than Sisi. In death, Morsi will become no less a martyr for the Islamist cause than Qutb has been.

Is anyone aware of the dangers of what might be about to happen in Egypt? For sure, Britain's ambassador to Egypt is not. John Casson said after meeting Egypt's Interior Minister Magdy Abdel Ghaffar along with the US ambassador:

"I share the minister's commitment to strengthening the UK-Egypt partnership. Security is a vital foundation for the more secure, prosperous and democratic Egypt we all want to see. That means tough security measures, countering extremist ideology, and progress on the economy, democracy and human rights, which are essential for long-term security."

If Sisi is left in charge, another "surprise" awaits the West in Egypt. It will be of a magnitude far greater than the fall of Mosul to IS. 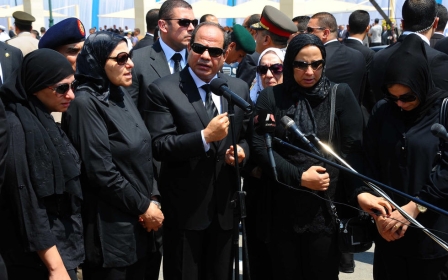 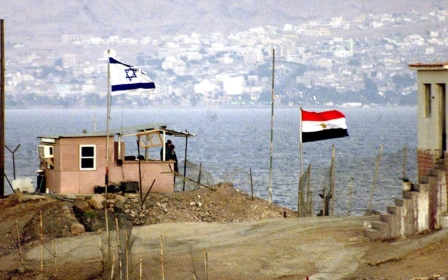 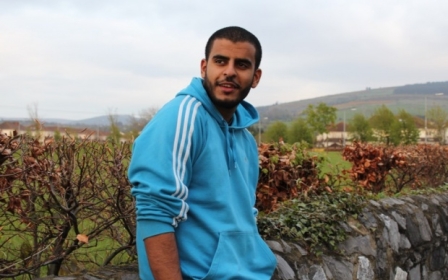