Sweida attacks: Syria's Druze will not be turned against Assad 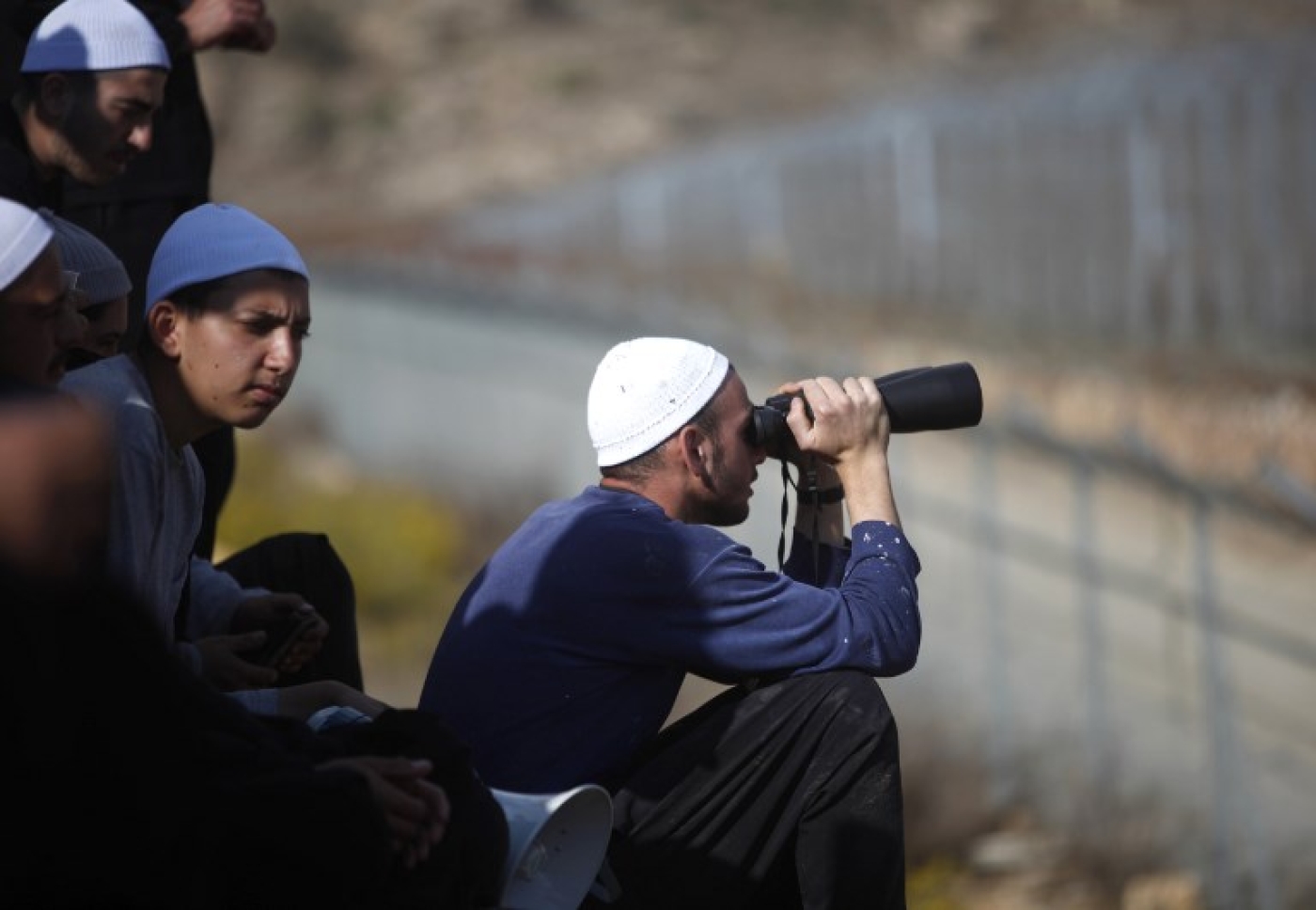 A recently published book on Iraq under Saddam Hussein suggests that contrary to common perception, the country was not always doomed to fall into a sectarian war because of the artificial nature of the state. The author, Lisa Blaydes, goes into some length to dispel the myths of the Sunni versus Shia narrative.

One could use the same analogy when looking at the war in Syria and the recent terrorist attacks that have brought devastation to the lives of hundreds in Sweida Province. The Lebanese Druze leader, Walid Jumblatt, has immediately pounced and politicised the tragedy playing the Druze card and saying the Syrian government failed in its effort to protect the Druze.

A rush to judgement

As ever, especially in the case of Syria, the rush to judgement - by either Jumblatt or other observers - requires us to look carefully at Jumblatt's argument. The Syrian government has not let down the Druze, and the Druze of Syria is anything but an isolated minority when it comes to inclusivity with regards to the Syrian state and society.

Sweida was a heinous terrorist attack like any other that has taken place in Syria throughout this war. As the war winds down, asymmetric warfare will rise as the terrorist groups become more desperate. The more relevant point is that the history of the Syrian Druze will dictate their present and future in both Sweida and the rest of Syria.

That someone like Jumblatt would seek to exploit a terrorist attack in Syria is not that surprising given the number of U-turns he has made throughout his career, which in itself is not earth-shattering in the fractured world of Lebanese politics. If he took a cursory glance at Syrian history, he would notice that the Jabal al Druze region (officially called Jabal al-Arab) and Sweida were at the forefront of fighting the Ottoman governors and then the French colonialists.

The name of Sultan al-Atrash is etched in Syrian history books as the father of the revolt against Ottoman oppression during the dying years of the Ottoman Empire. Al-Atrash, along with other Druze kinsman, ignited the fire of the great Syrian revolt in 1925 which then got support from the likes of Haj Amin al-Husseini in Palestine and Shukri al-Quwatli, who went on to become the first president of an independent Syria.

Sultan al-Atrash's son, Mansur, played a key role in promoting the cause of Arab nationalism, and was an avid supporter of Gamal Abdel Nasser’s United Arab Republic (UAR). Similarly Salim Hatum was a key nationalist figure born into a family fighting the French for independence. He played a key role in the early decades of Syrian independence as a member of Michel Aflaq's Baath Party and was instrumental in the coup of 1963.

General Abdel Karim Zahareddine was a Druze chief of staff and took over after the tensions arising from the UAR had been settled and Syria had firmly established its independence in 1962-63.

They key common theme that glues this story together dating back to the 19th century is that the Druze of Syria have been at the forefront of fighting for Syria and Damascus. Damascus, being "the beating heart" of Arab nationalism, means that the area of Sweida (or Hauran as it was known historically) would remain a geopolitical hotspot for influence whether northwards towards Anatolia or south towards Palestine.

This meant that even the key Sunni family, the Al Husseinis of Jerusalem, relied on the Druze for support in their cause during and after the establishment of Israel. As was the case against the Ottomans and the French, the Druze of Syria were fighting for Syria as seen from the Damascus lens – they supported Nasser as long as Nasser did not overstretch.

When the Egyptians let go of Syria again, the key Druze generals switched to "Syria first" against any Iraqi or Jordanian attempt to influence Damascus.

The Druze have turned against various rulers of Damascus throughout their history, including being influenced by the Druze-Maronite clashes of 1860 when clashes between Christian Maronites and Druze in Lebanon spread to widescale rioting in Damascus.

The period from 1970 onwards and the presidency of Hafez al-Assad put an end to the various coups and intrigues that had been rampant in Syria since the departure of the Ottomans. The Druze were no exceptions in that sense: they established a very good relationship with the new generals and Baathists that cemented the Syrian Arab Republic.

Apart from having key Druze advisers and ministers since the war began, Major General Issam Zahreddine was one of the generals who took part in almost all the major battles of the Syrian Arab Army over the last seven years. He was killed last October during the battle for Deir Ezzor against Islamic State (IS) and buried in Sweida.

His son Yorab now commands the elite 4th Mechanised Division in Sweida. Prior to his appointment there were some troubles with the Druze refusing to fight for the Syrian military beyond their geographical boundaries. However at no point did they join any broader efforts against the government. The joint Jordanian-Saudi effort which wanted to galvanise the Bedouin tribes and border area communities including the Druze failed spectacularly.

Even the Israeli Druze of the occupied Golan Heights have been supportive of Assad and went as far as to attack Israeli military ambulances carrying rebel fighters. The Druze on both sides of the border have regularly been seen with pictures of President Assad and Zahreddine.

The Israelis have quite often tried to use the Druze since the beginning of the Syria war in an attempt to make them rebel against Damascus – but to no avail. Despite the latest attempts by Israel to normalise their occupation of the Golan by holding the first municipal election, the Syrian Druze stayed away and boycotted the polls - firmly reinforcing their "Syria First" identity.

Jumblatt has attempted before to call for the Sweida Druze to defect. They have not just rejected it in the past but accused him of causing danger to their lives. Whether it be Jumblatt or the Israelis trying to use this terrorist attack in fermenting further unrest in Syria, the majority of the Druze are clear they are Syrian nationalists and they support President Assad.

This is definitely the most troubling time for the Druze since the war began. At a time when the war is coming to an end, unprecedented attacks against them in what was considered a safe stronghold is worrying. However one must take this in context.

Groups like the Islamic State (IS) and Al-Qaeda might have lost territory and men but their ideology remains strong. They will attack not ‎just the Druze but all Syrians.

Unable to fight major military battles, these terrorists will turn to urban attacks that shock the populace. The Druze will continue to be Syrian nationalists - and as such they will be consistent in supporting the Syrian government. The Israeli, Jordanian and Walid Jumblatt's attempt to make them rebel has failed and the terrorists won't damage the long-term future of the Syrian Druze.

- Kamal Alam is a visiting fellow at the Royal United Services Institute (RUSI). He specialises in contemporary military history of the Arab world and Pakistan. He is a fellow for Syrian affairs at the Institute for Statecraft, and is a visiting lecturer at several military staff colleges across the Middle East, Pakistan and the UK.

Photo: Druze men residing in Majdal Shams in the Israeli-occupied sector of the Golan Heights use binoculars to look towards Syrian Druze on the other side of the border on 4 November 2017 (AFP) 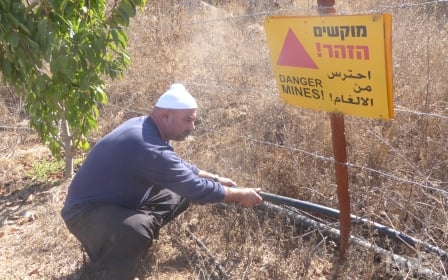